Last week was London Wine Week – a wristband for £10 provided the excuse to go to a few places and drink some wines you might not otherwise have tried. I was very pleased to see that The Remedy was one of the bars participating as it had been on my List for some time. It seemed like a good place to kick things off, so after collecting our wristbands from Carnaby Street we took a stroll to Fitzrovia to find it.

It is very unassuming from the outside with a sign that’s barely noticeable. At the same time it sort of looks the part, and therefore stands out from its neighbours. 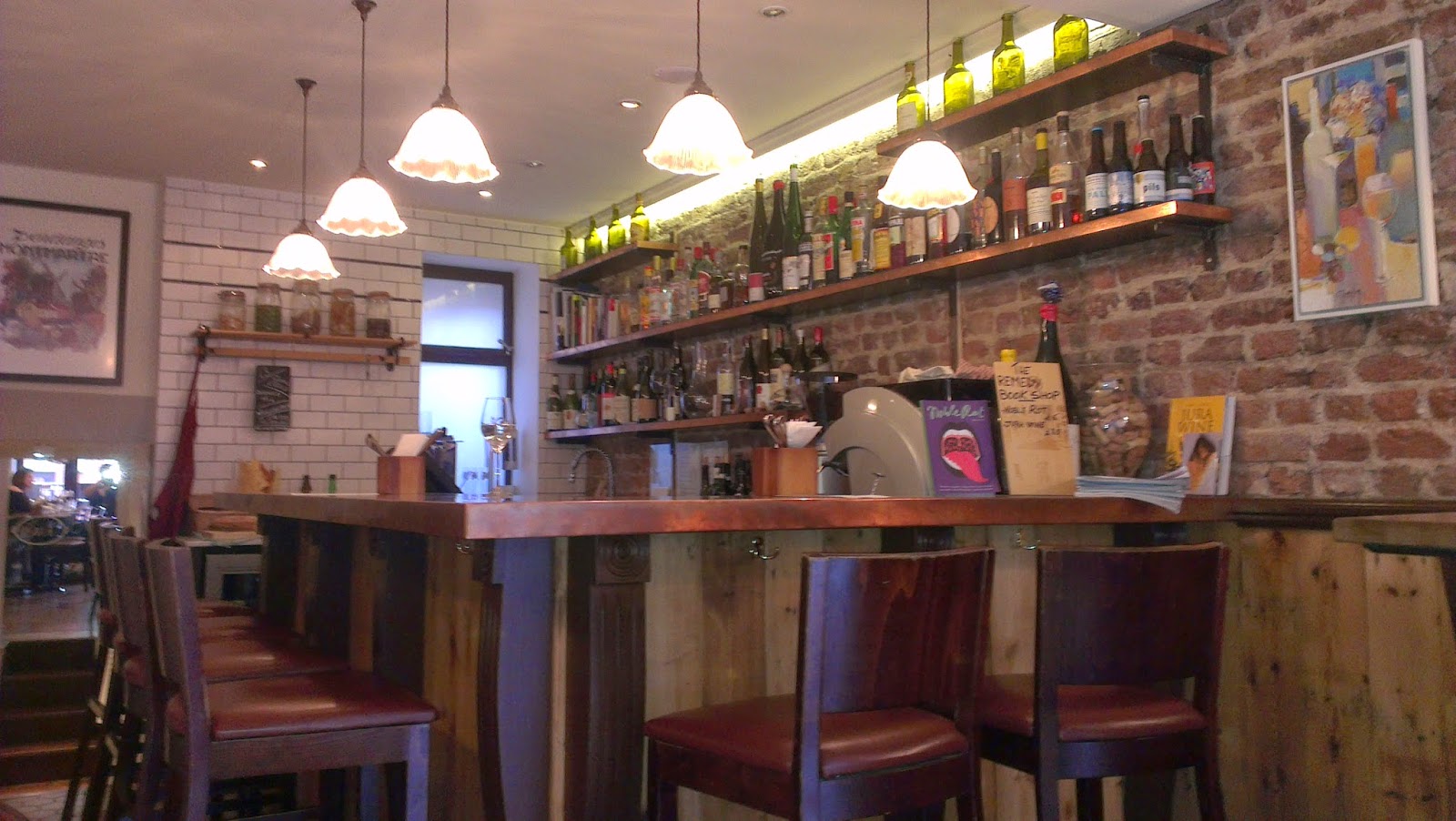 Inside it is simple and relaxed. A banquette lines one side, or you can choose to sit at the bar, or at a couple of high tables. They have a menu of six or seven meats, the same number of cheeses and just a few other dishes, and before 7pm, little did we know, it’s 50% off food! We decided to get a selection of five charcuterie and five cheeses, which the chef selects for you in order to give you a breadth of tastes, or in the cases of the cheese, a range of strengths. 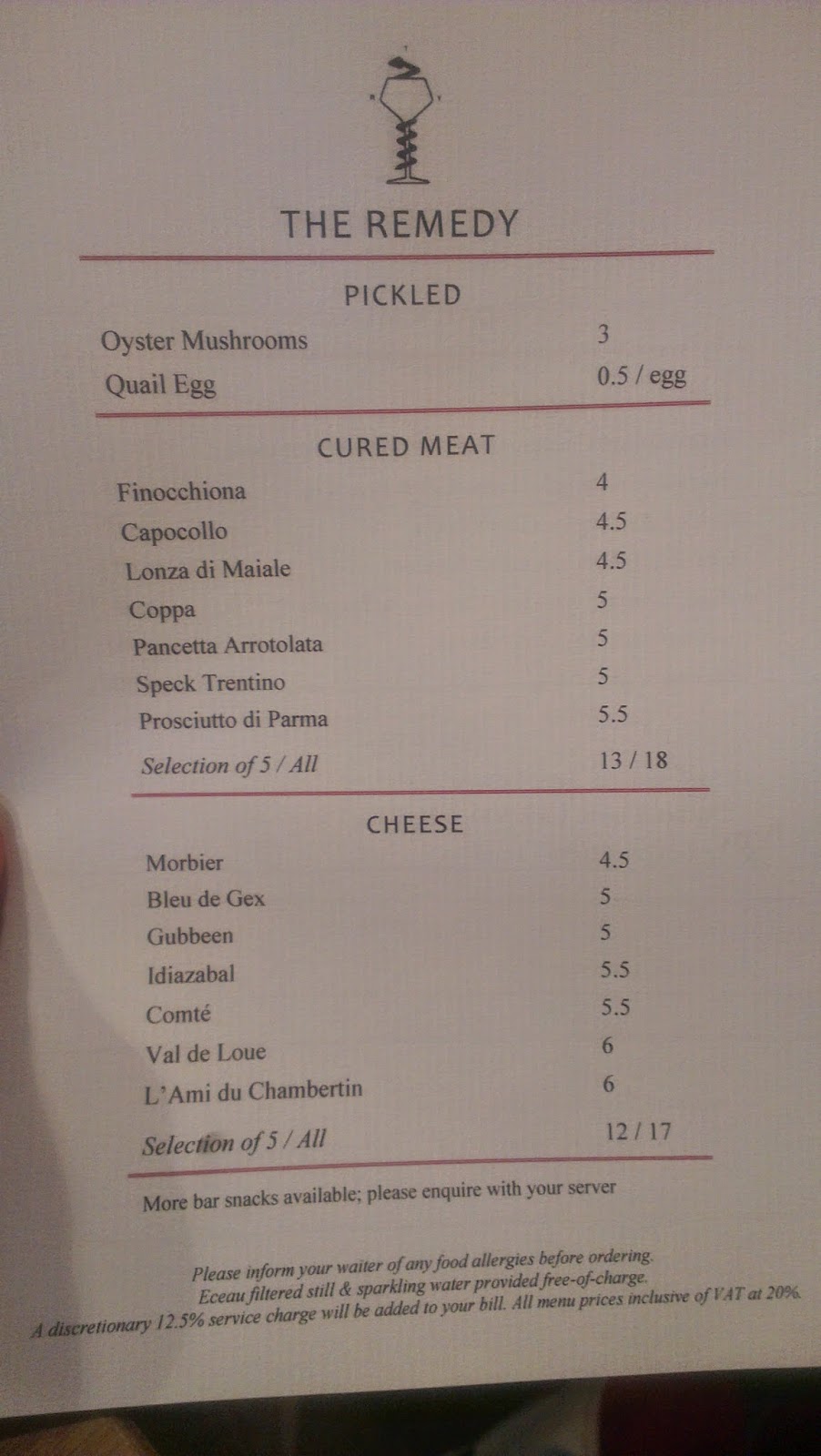 I know I won’t remember exactly which meats we had but they were all pretty nice, and I was especially taken with the pancetta which had what seemed to be a fennel seed crumb, which really gave it a kick. And to think, I wouldn’t have ordered that one were it up to me. 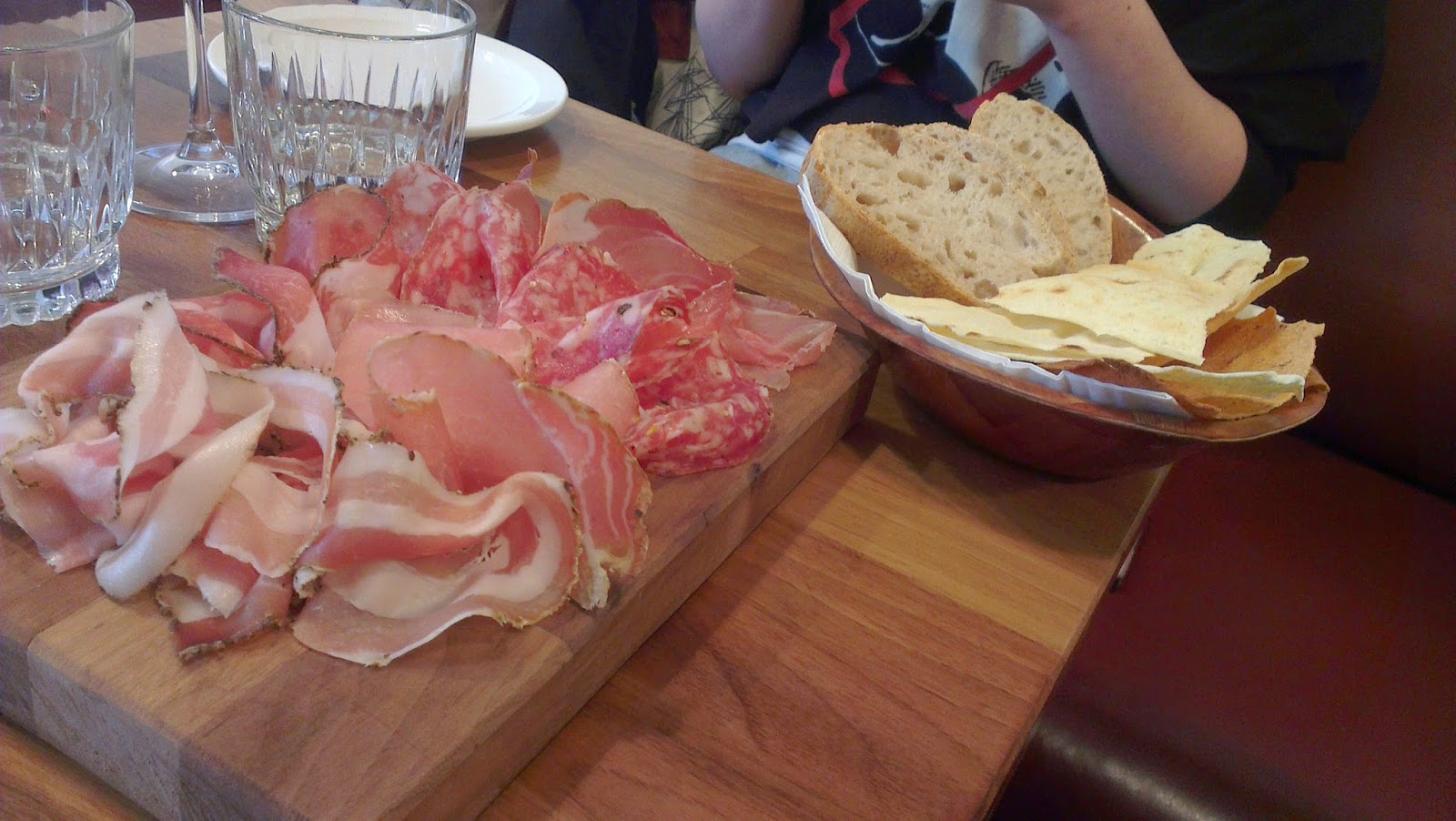 The cheese selection was superb. They were all cow cheeses apart from one which was ewe’s milk, and most of them were from the same region as they had held a special event with cheeses from that area the week before. The mildest was a creamy but not soft cheese with a layer of ash in the middle, then you progressed through the hard ewe’s milk cheese to a comte, a blue cheese that looked very blue but was pleasingly mellow, up to a cheese so tangy it made my eyes water and my mouth pucker. It was amazing. The bread was served with a very grassy olive oil. 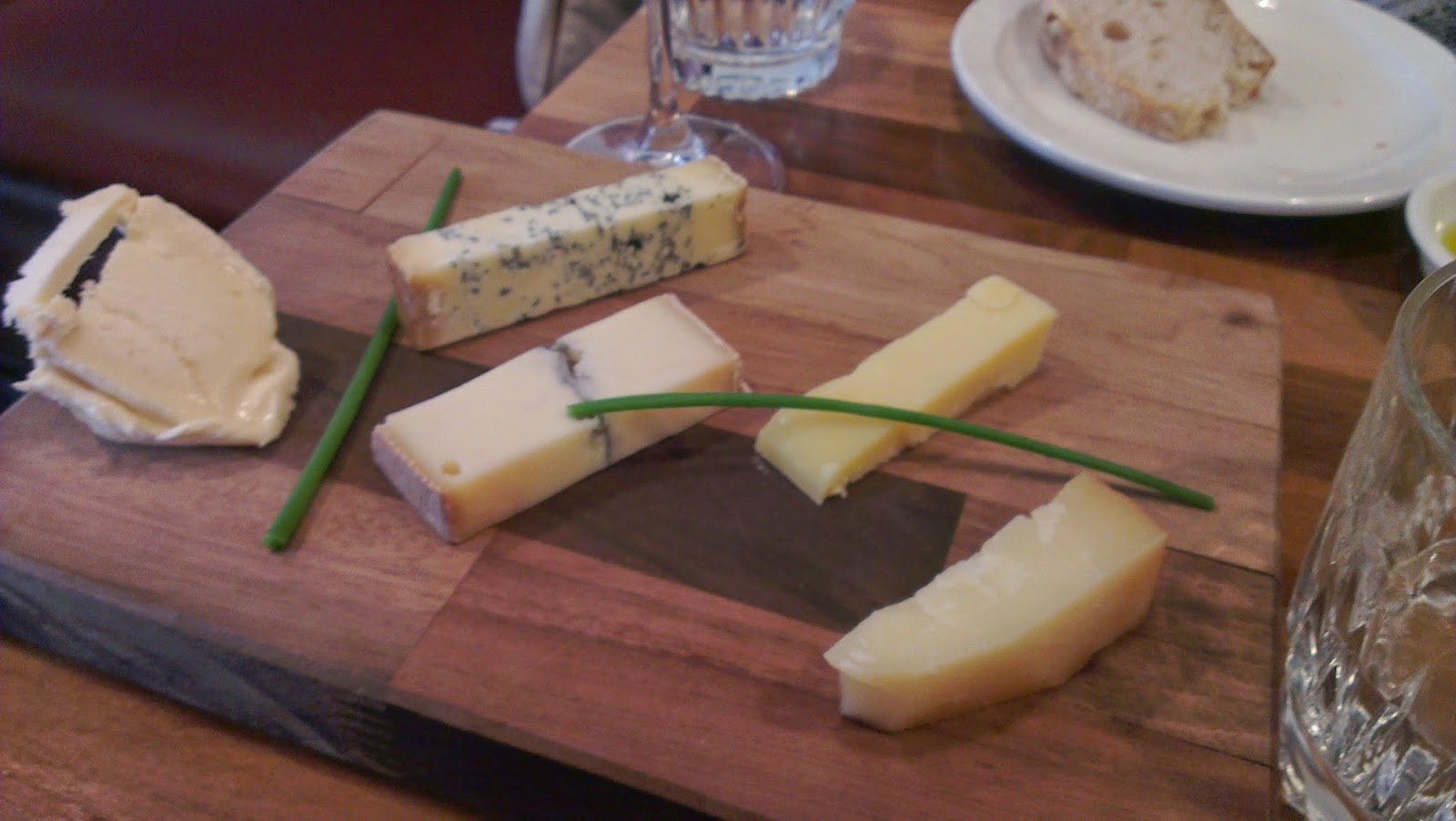 We had five wines to choose from for the London Wine Week £5 deal – a Veneto merlot, a dry Riesling, another red and two rosés. Alison wanted to try the Riesling as she had fond memories of the one time she had a Riesling and liked it. For me, it had to be red wine to go with the cheese. It was quite full-bodied and juicy and soft, and I liked it so much I had another. Alison’s Riesling was as good as she’d hoped, with a sweetness that seemed to come from a fruity background and wasn’t at all cloying like sweeter wines can be. And then she got even more adventurous with a rose before having the merlot I’d had, while it was my turn to have the Riesling. 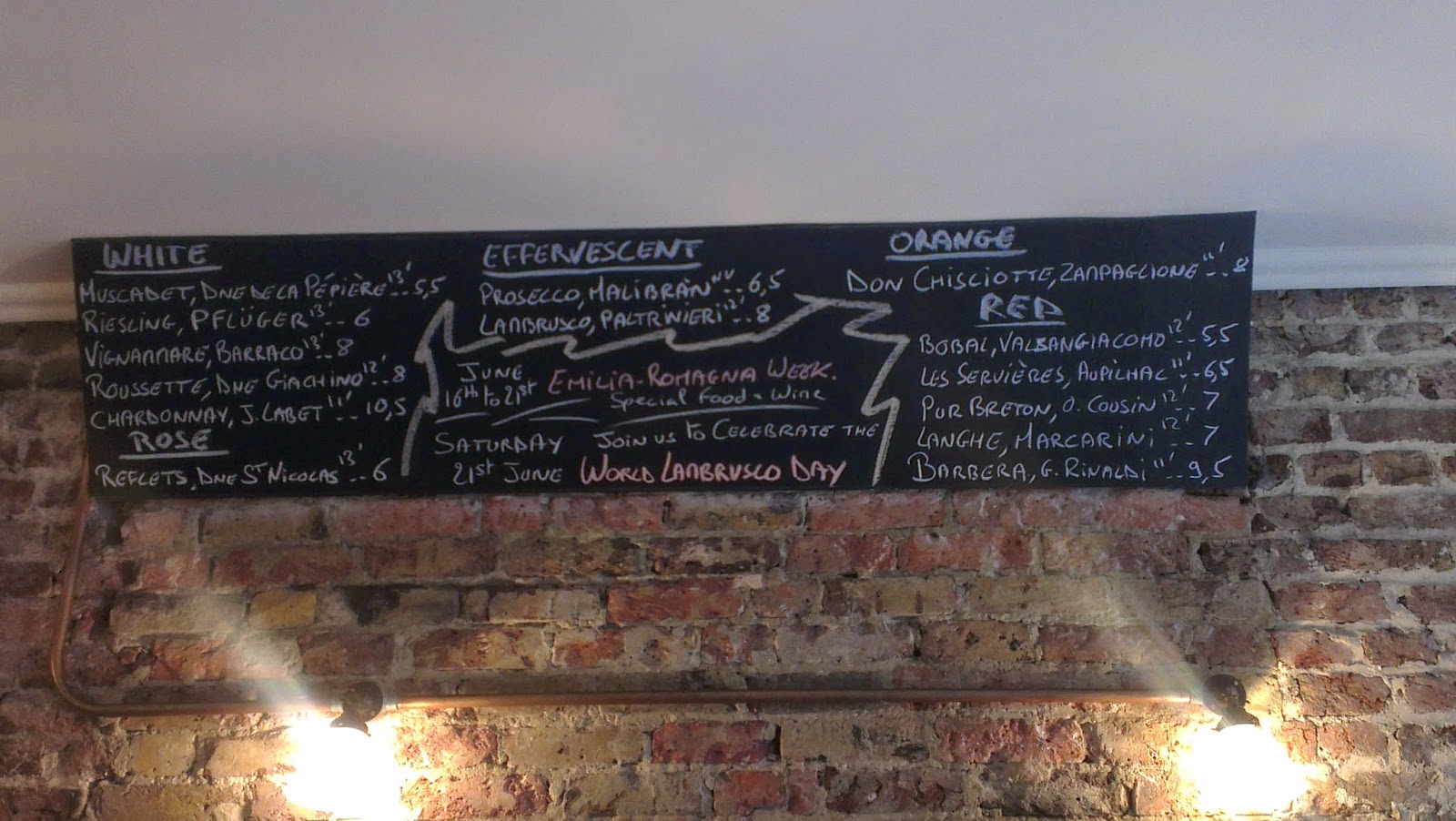 Our waiter for the evening was perfectly charming, explaining the types of cheese and meats when they arrived, and basically ensuring we felt well looked after. The Remedy doesn’t have quite the same panache as Sager and Wilde but it is a very friendly wine bar, with a neighbourhood feel to it. Something about it, perhaps the light, decor and small veranda almost seemed Mediterranean, making you feel like you’re on holiday when inside. A little gem.

We then stopped into the Newman Street Tavern, a bit of a gastropub in the area for another couple of reds (the £5 whites had sold out) before rounding off the evening with a sherry digestif from the ever lovely Salt Yard.