Friday I’m in Love is a singalong clubnight. Yes, you heard me. It’s a clubnight that has taken the fact that once everyone gets pissed we all sing along to the songs we know anyway, and turned that into its raison d’etre. They promise indie and pop anthems that you probably know the words to anyway, but in case you don’t they’re either projected somewhere or, in this case, you’re given a songbook as you go in. The music is courtesy of a live band, one or more of which also does a bit of singing so it’s not solely down to the crowd.

Predictably, what with being ‘anthems’ there was more than a little cheesiness to the song selection – more in fact than I appreciated. Stuff like Abba and Queen, and ending with Oasis. But it was as I had expected so I can’t complain too much. The event I attended was a Camden special raising money for Amy Winehouse’s foundation so, again as expected, there was a healthy dose of Winehouse songs throughout the evening (big thumbs up). First, we had a performance by the Drag Queens The Buffalo Girls who started with Valerie, and also did the Sugababes’ Overload. And yes, these were all in the songbook for everyone to sing along to as well. 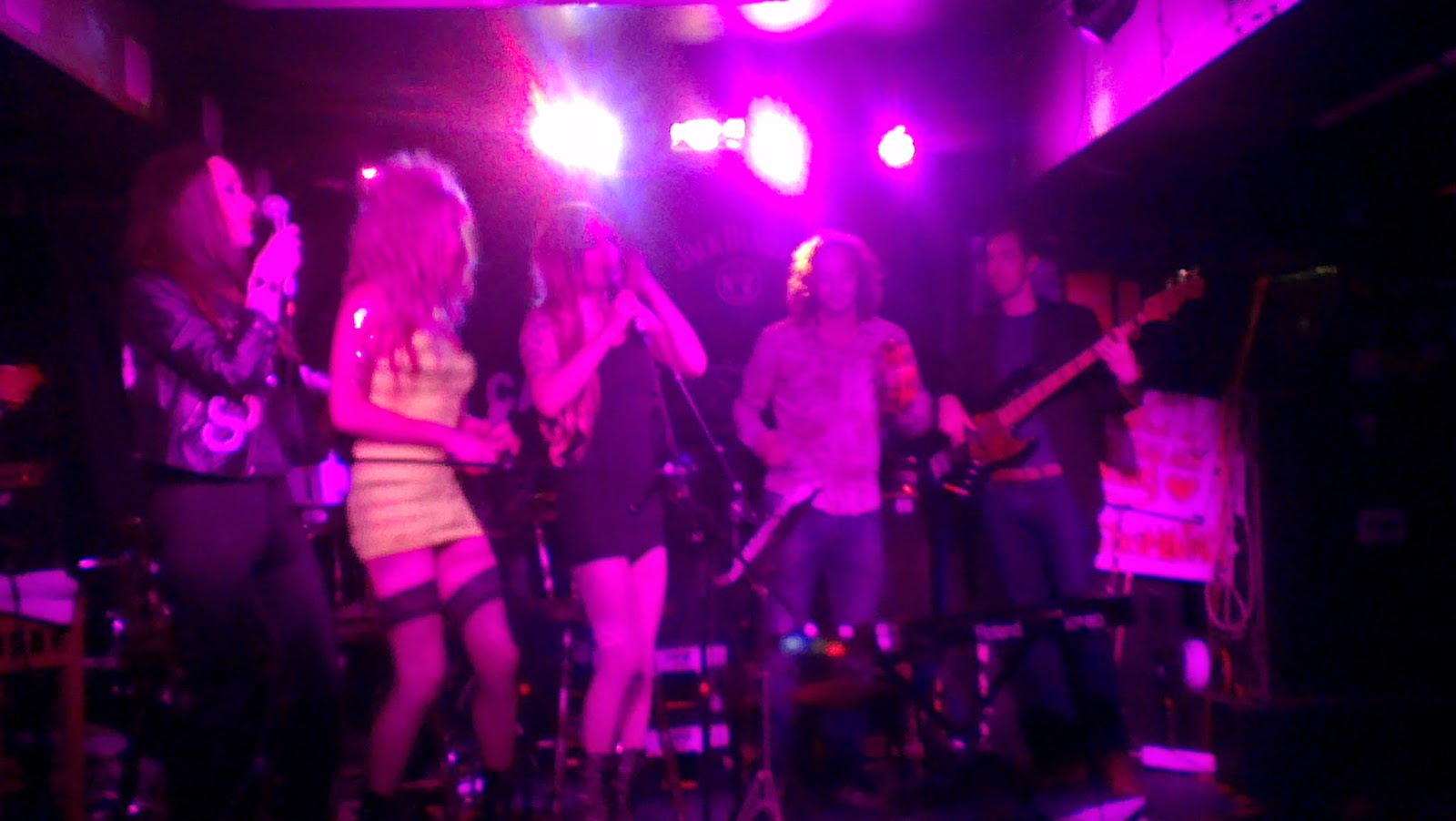 David McAlmont was also a special guest singing one of his own songs and then an Amy Winehouse and then he came back to the stage later to guide us all through another one later as well. I absolutely loved his and Bernard Butler’s one hit wonder Yes when I was but a girl so I got a big kick out of seeing him. He is such a dapper gent with a great voice. 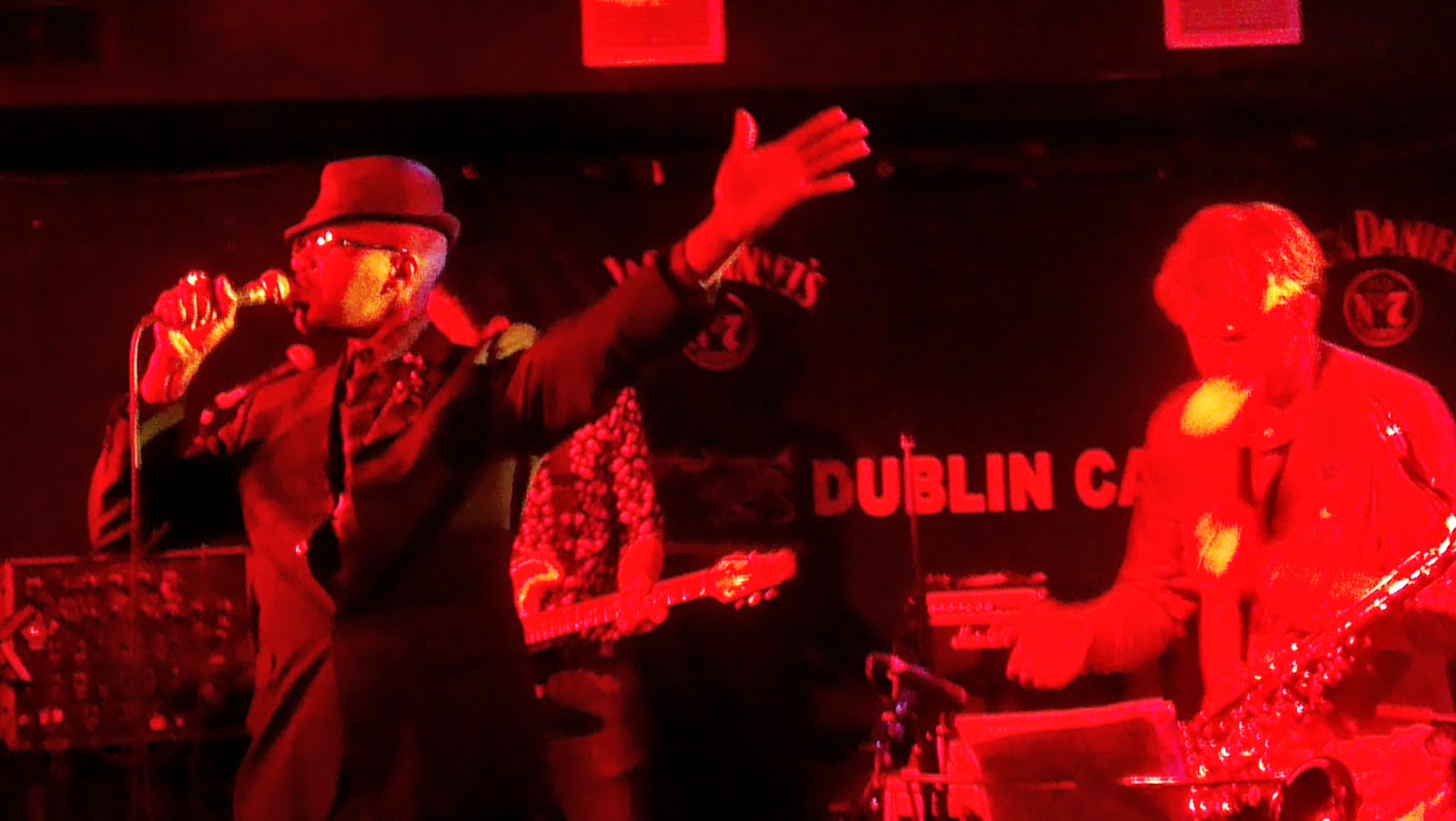 Then we all just ploughed our way through the songs for the night, singing as loudly as you dared because that was what everyone else was doing. No need to feel shy. You didn’t have to put your heart and soul into it if you didn’t want. There was more than a few (men, mostly) standing practically motionless, almost as if they were paying no attention to the music, but they were mouthing the words just the same. In fact, this crowd singing, I decided, was a little too anonymous for me. I like the attention you get from karaoke! And, in some ways, the night felt a bit like a vehicle for the band members who were miked up and singing along. 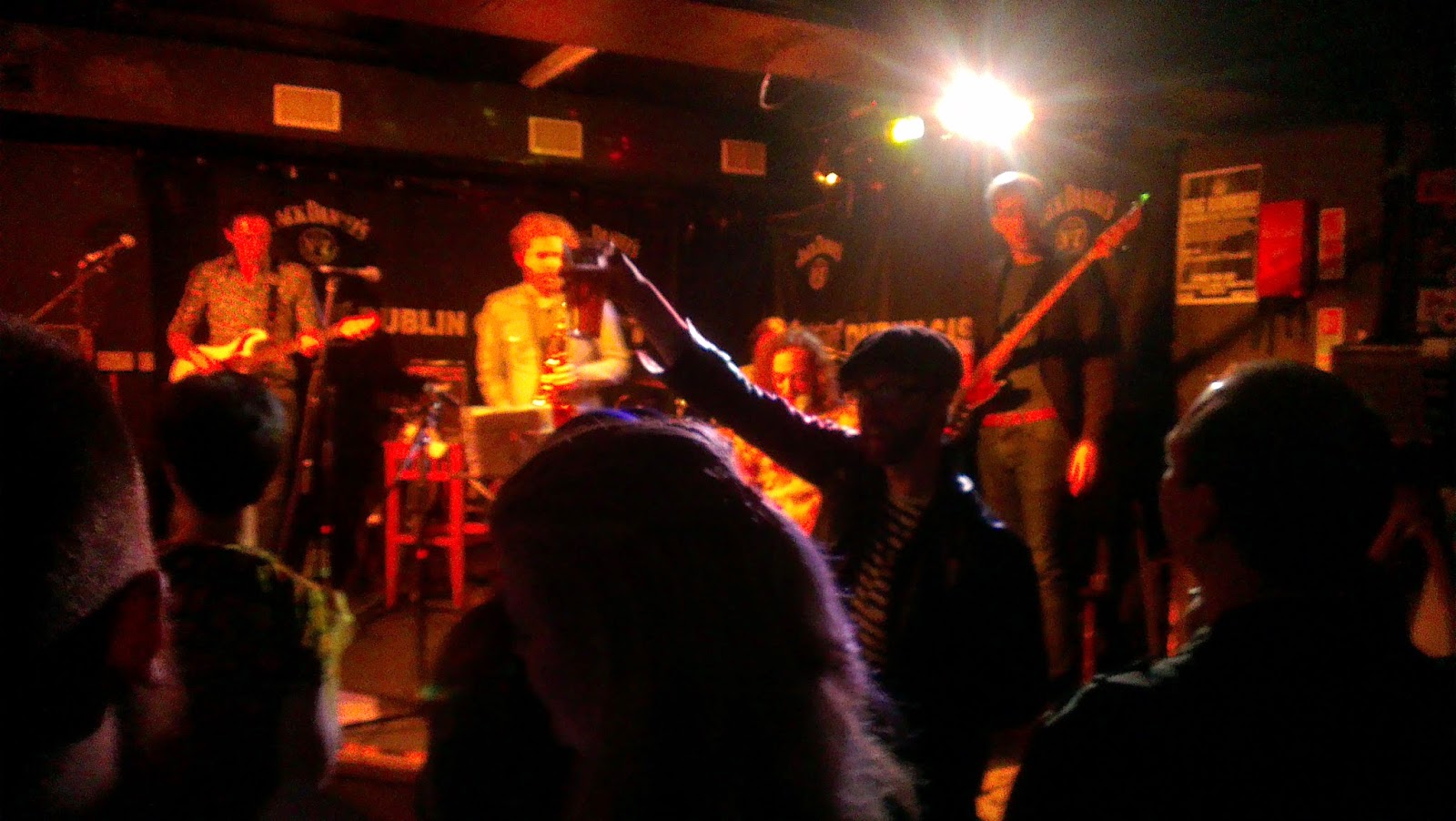 Then, after an encore that wasn’t in the songbook, the singing part of the night came to a close, just about in time for people to get the last tube if they ran. For me, this is when the night really came to the fore as they then just played a bunch of indie and RnB songs for the rest of the evening. What an awesome selection. I would come to this night again simply for the afterparty. We moshed to Nirvana’s Lithium, bopped to The Strokes’s Last Nite, and shook it like it was a polaroid picture to Hey Ya! I really didn’t want a late night as I was travelling the next day and kept thinking of leaving, but we were doing that 'oh, after this one we'll leave' thing for at least four songs before I was finally like, I must go home!

A different take on an indie pop night that works well and clearly has a bit of a following. I'd go again. 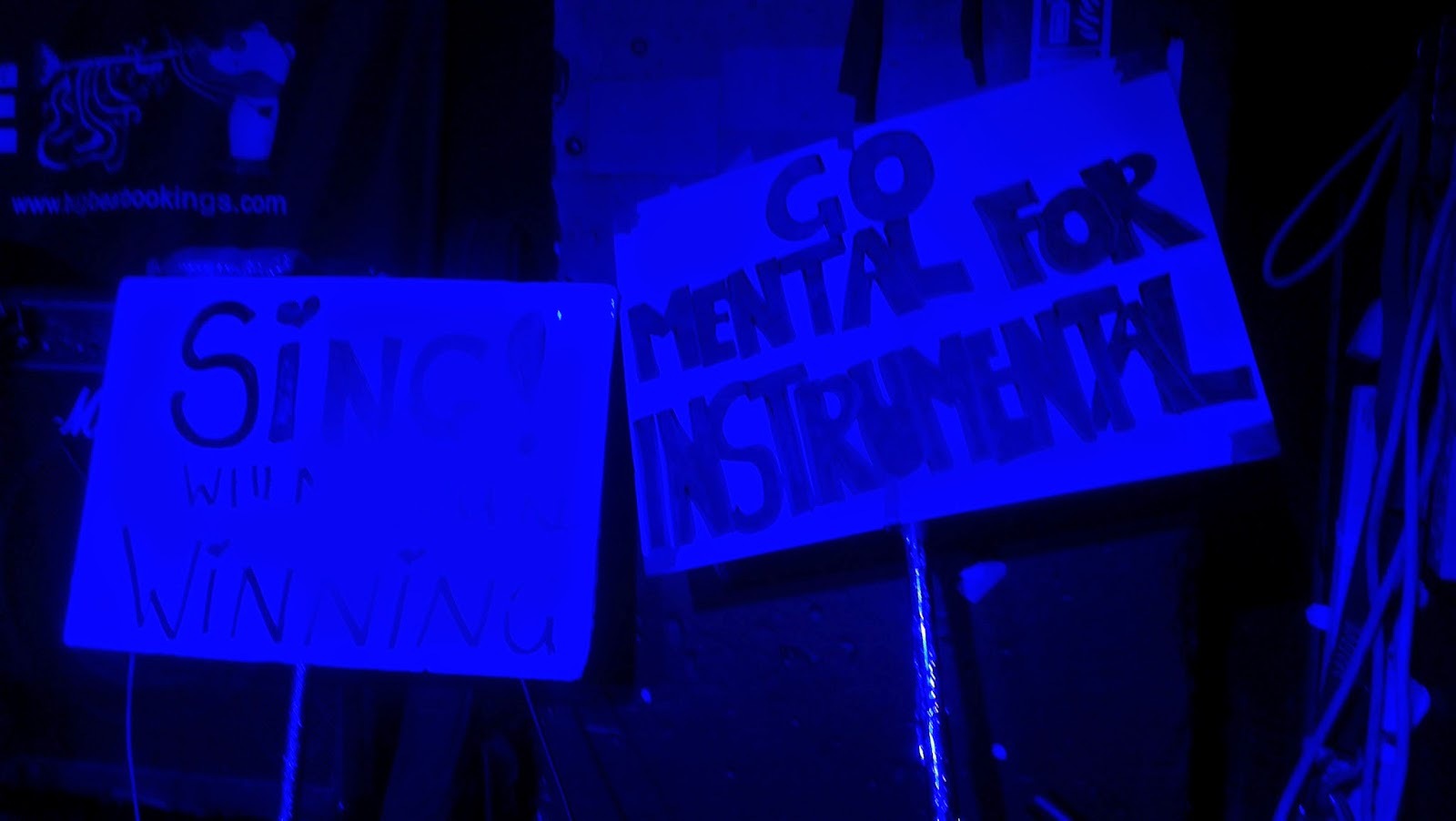 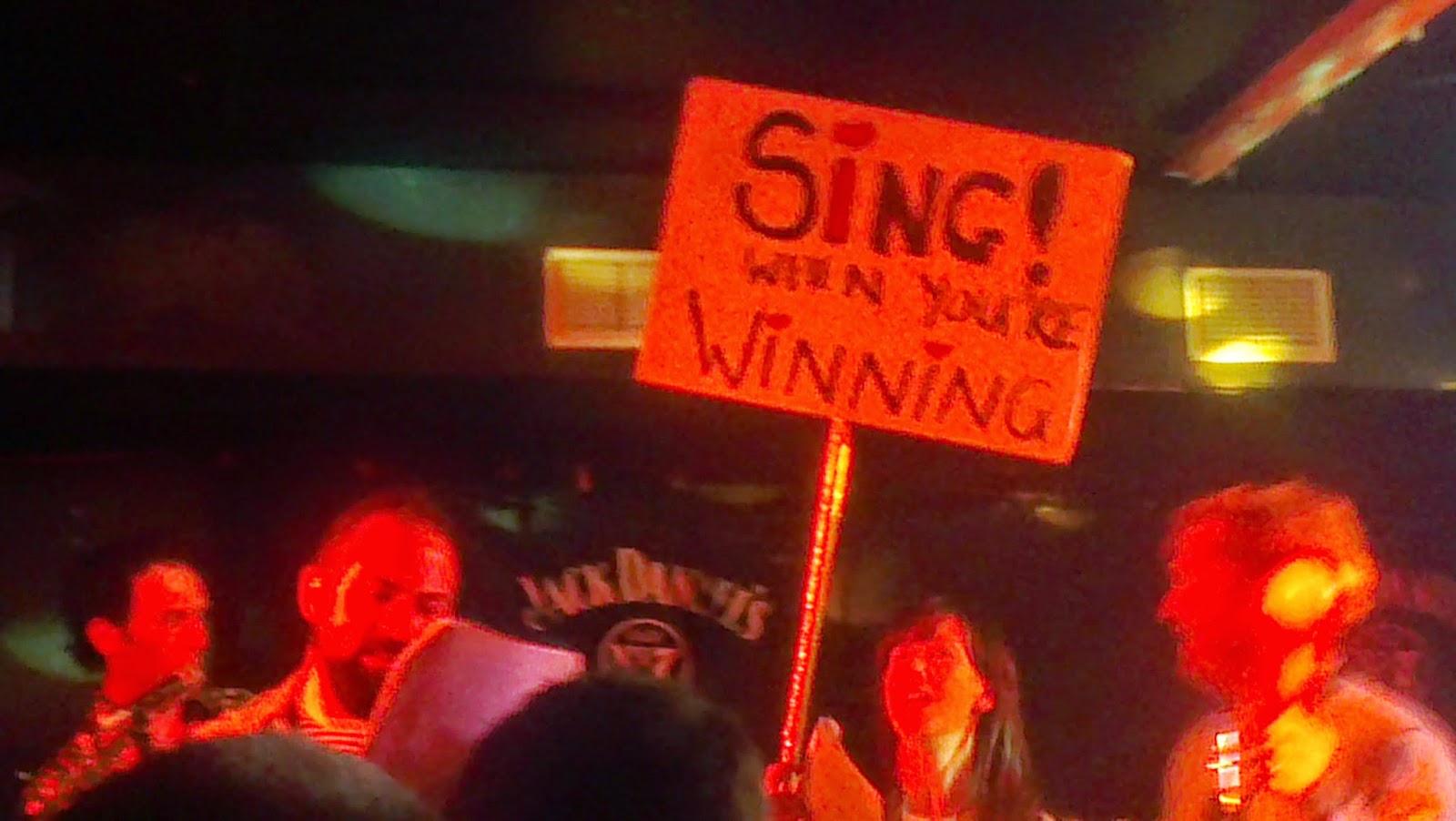