Sunday was a rather indulgent day, mostly because we used London Wine Week as an excuse to get out early and make the most of our wristbands. First, we had brunch at L’Entrepot which were participating in London Wine Week, though we didn’t sample anything there as it was a little too early. 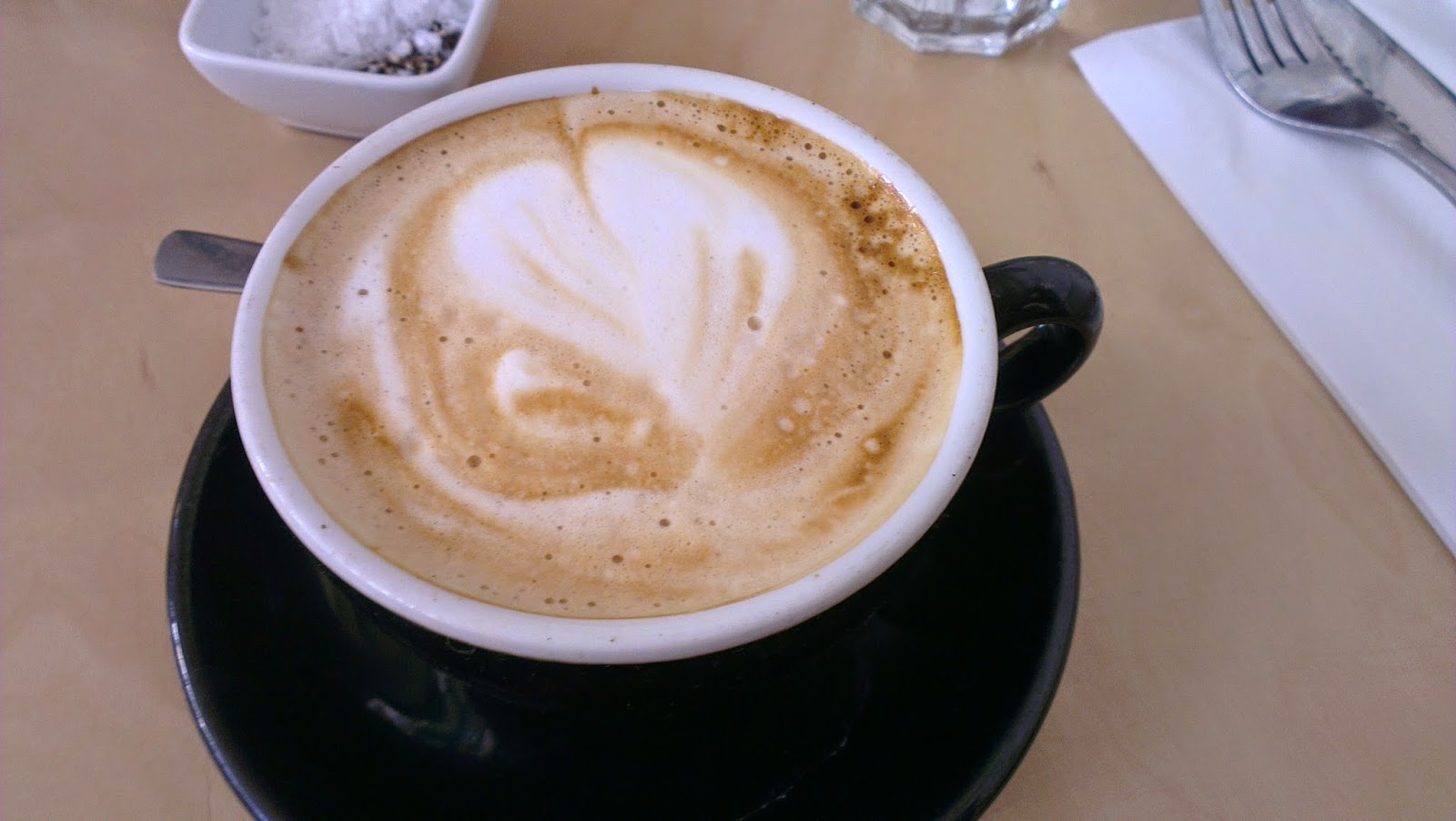 Instead, we had coffee and eggs. I had the gypsy eggs and Alison had avocado, fried egg and tomato bread (you may recall she had something similar at Hackney Bureau). But look at it – who could resist that beautiful guac’? 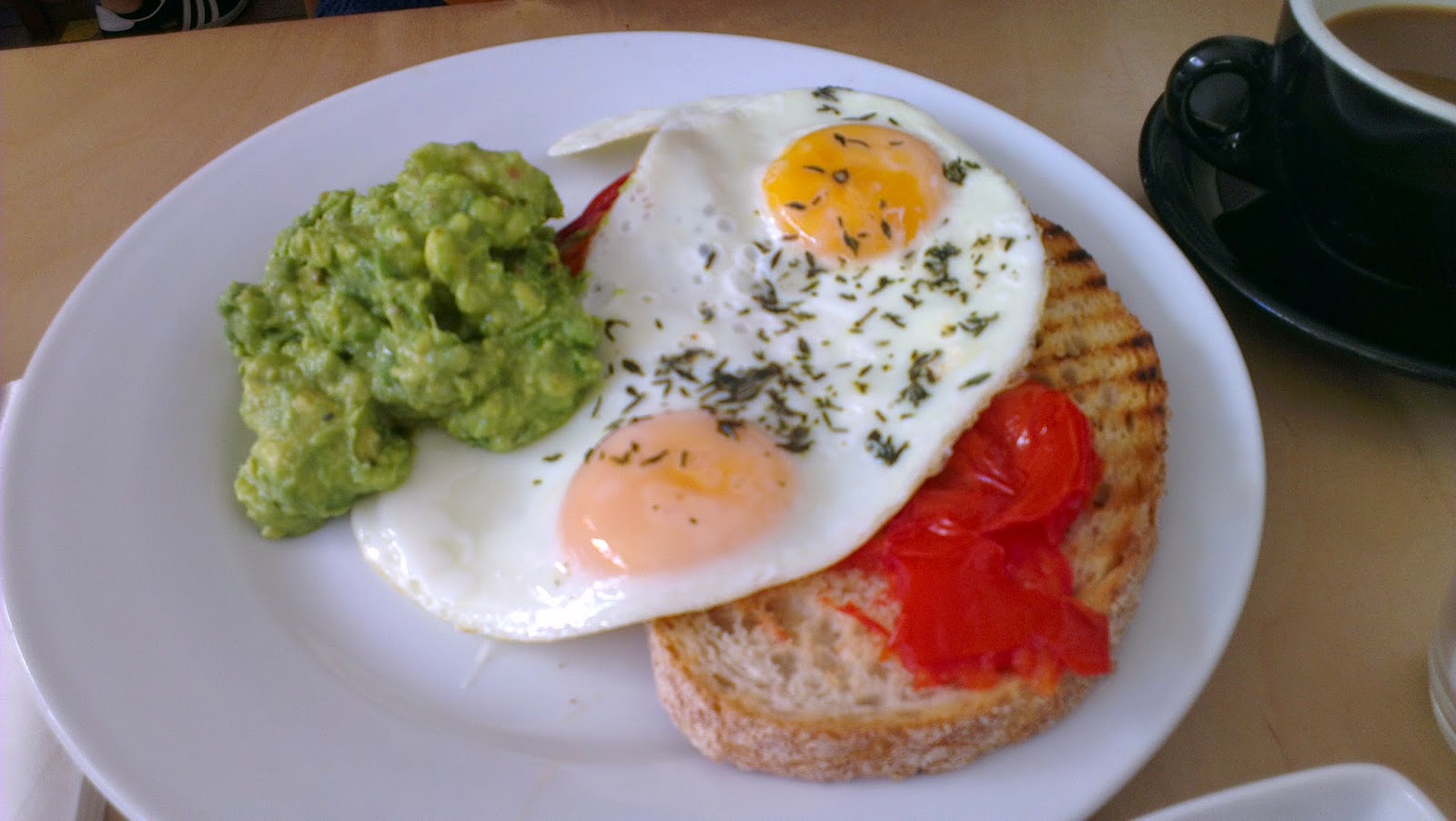 I don’t know much about gypsies, but they make some damn fine eggs. Eggs are baked in a rich tomato sauce and this is studded with chorizo and new potatoes and topped with a herby crème fraiche. You get a large slice of sourdough to scoop with, and I would highly recommend taking along an avocado-loving friend so that they order the other dish we had, and share their avocado with you. 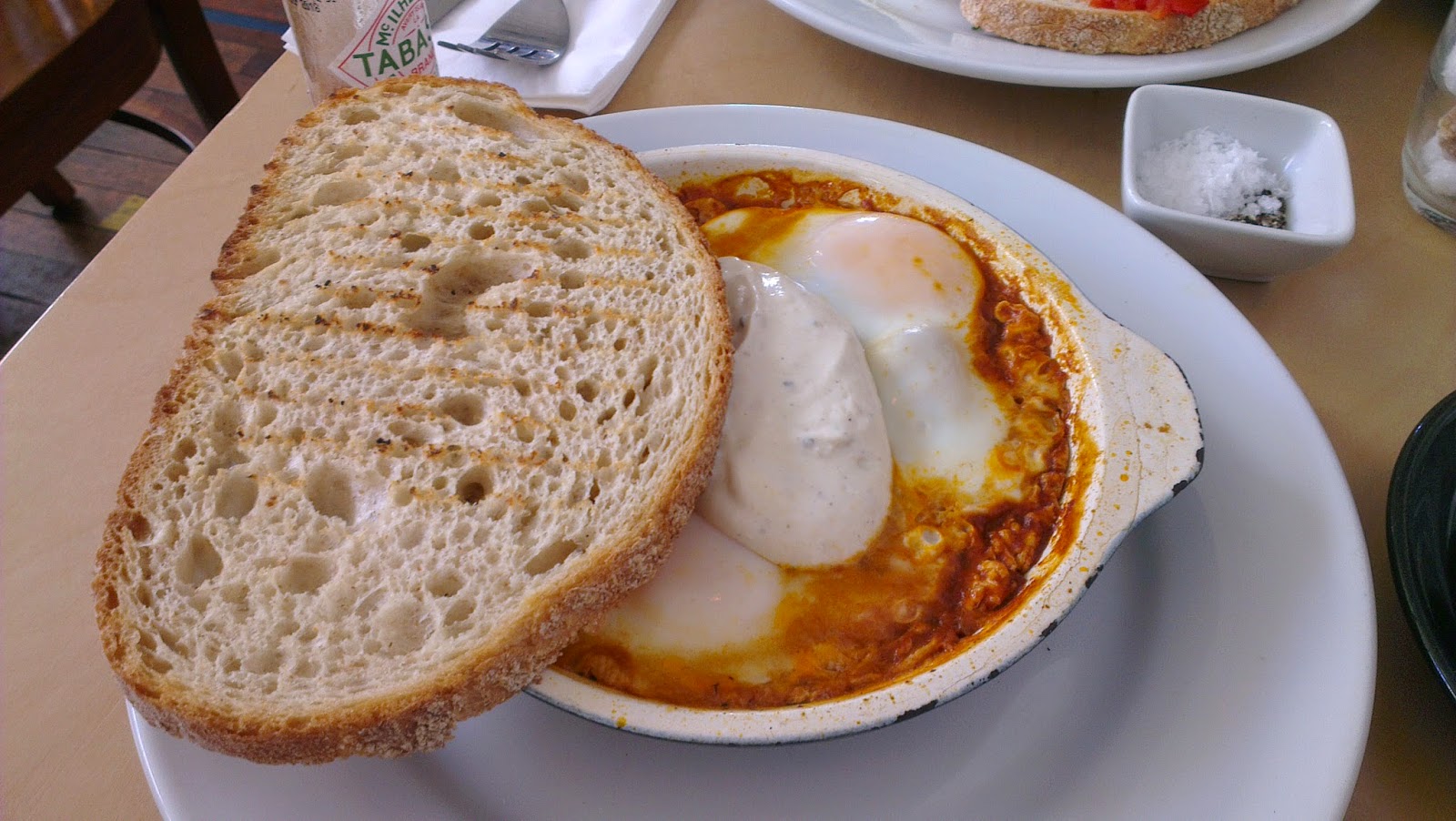 The eggs were cooked perfectly for me – a little ooze but not too runny and the whole thing was just a perfect combination to set you up for the day.

Alison’s egg on toast was great, if a little basic compared to mine. And the coffees we enjoyed were smooth and rich. Perfect!

We then took in the sun and wandered up Kingsland Road to Rotorino where we eschewed their Riesling blend (way too harsh for our first alcoholic drink) for a Barolo instead. Rotorino is on my List but I won’t say much about them now as I want to come back to try their food. It was much larger than I thought it would be though, and hardly anyone was in there! I didn't expect that for such a trendy place.

Perusing our LWW books we saw Sager and Wilde were taking part and couldn’t resist another visit. They were also offering Riesling as their LWW white but it was far too sweet for us so it was red again. That was perfect – a little lighter than I normally like but great for such a warm, summery day.

By this time I had an appetite again so I met Stephen for dinner at Dirty Burger/Chicken Shop. We walked right in, no wait and sat at the bar where we were told we had to be out in an hour (seemed a little harsh given the place wasn’t full although we were in and out in no time anyway). I had the quarter chicken, he had the bacon burger and we ordered fries to share. 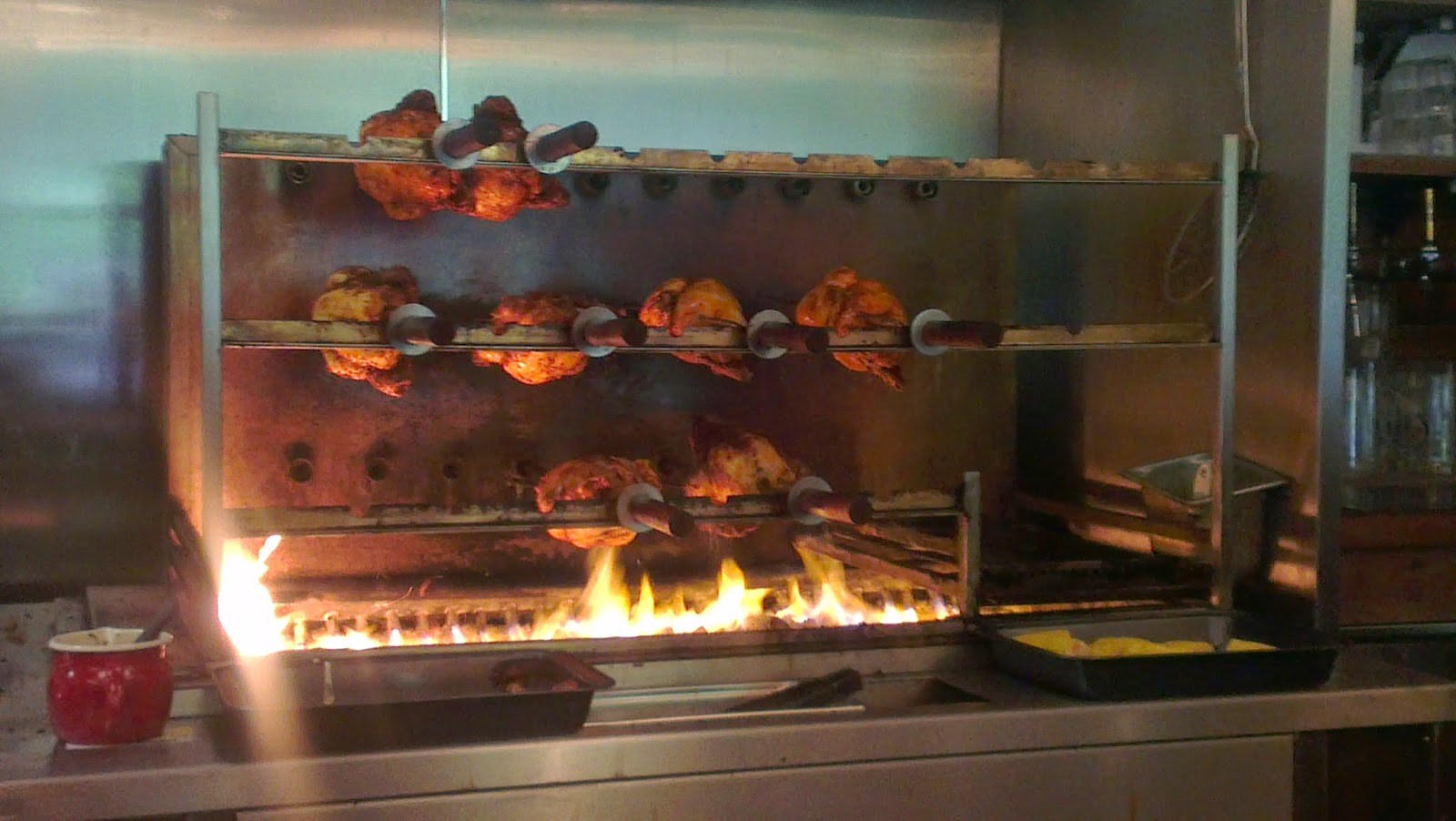 And then we ordered the butter lettuce and avocado salad because we saw it being made and it looked amazing. Such vibrant greens were too inviting to resist. 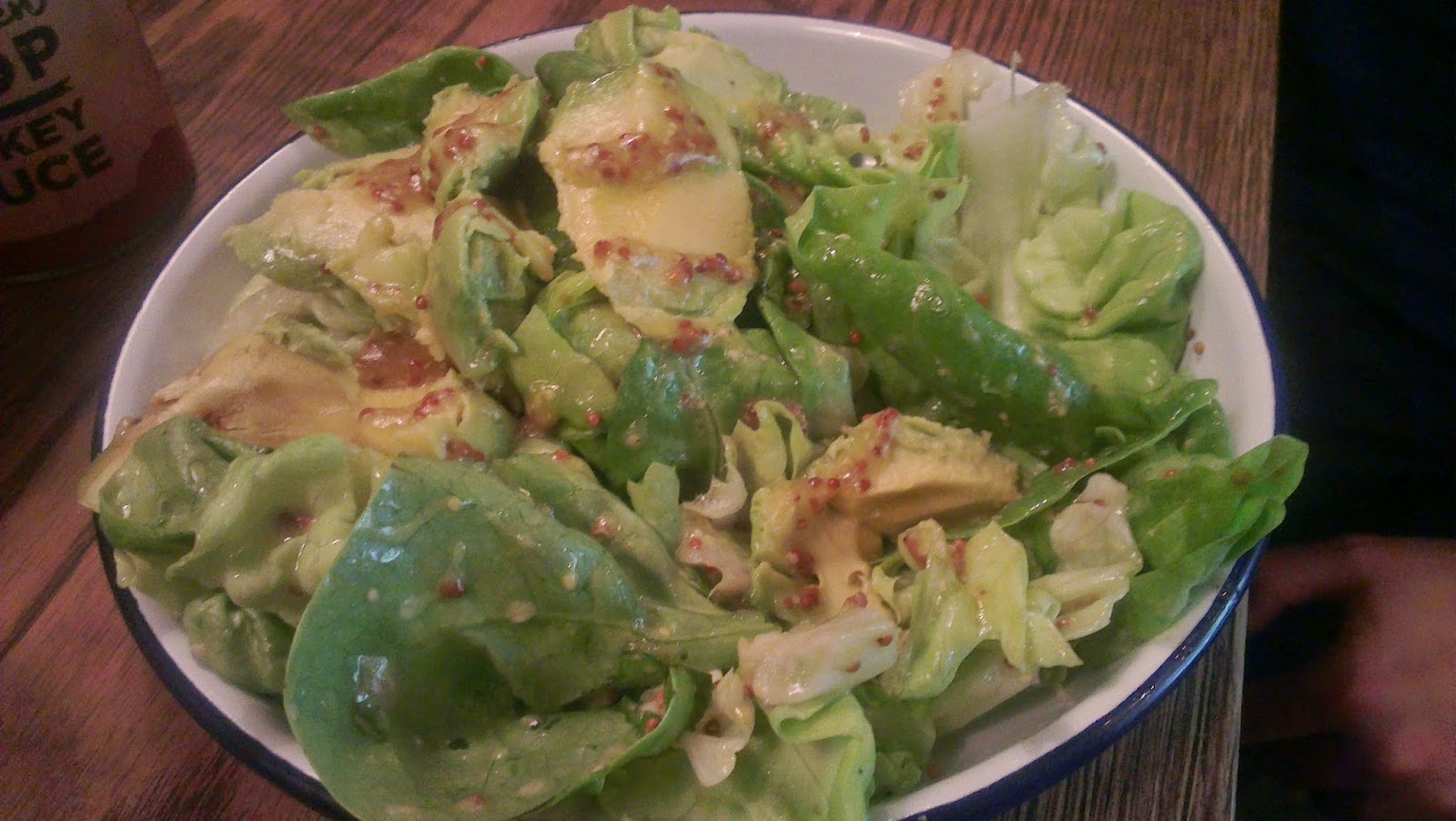 That came first and we tucked in. The avocado was very creamy, the greens fresh and crunchy and it had a mustard seed dressing which was very nice though became a little overpowering towards the end.

Stephen thought his burger was up there with the top dogs and I must admit it looked pretty good when it arrived and even better when he cut into it and revealed the medium rare centre. It disappeared in five minutes flat.

I never liked crinkle cut fries as a child but I’m prepared to reappraise them based on the Chicken Shop’s version. These were nice and crispy, although a lot of them were also very thin which meant you didn’t get much potato. They came with a garlic mayonnaise that was pretty outstanding. 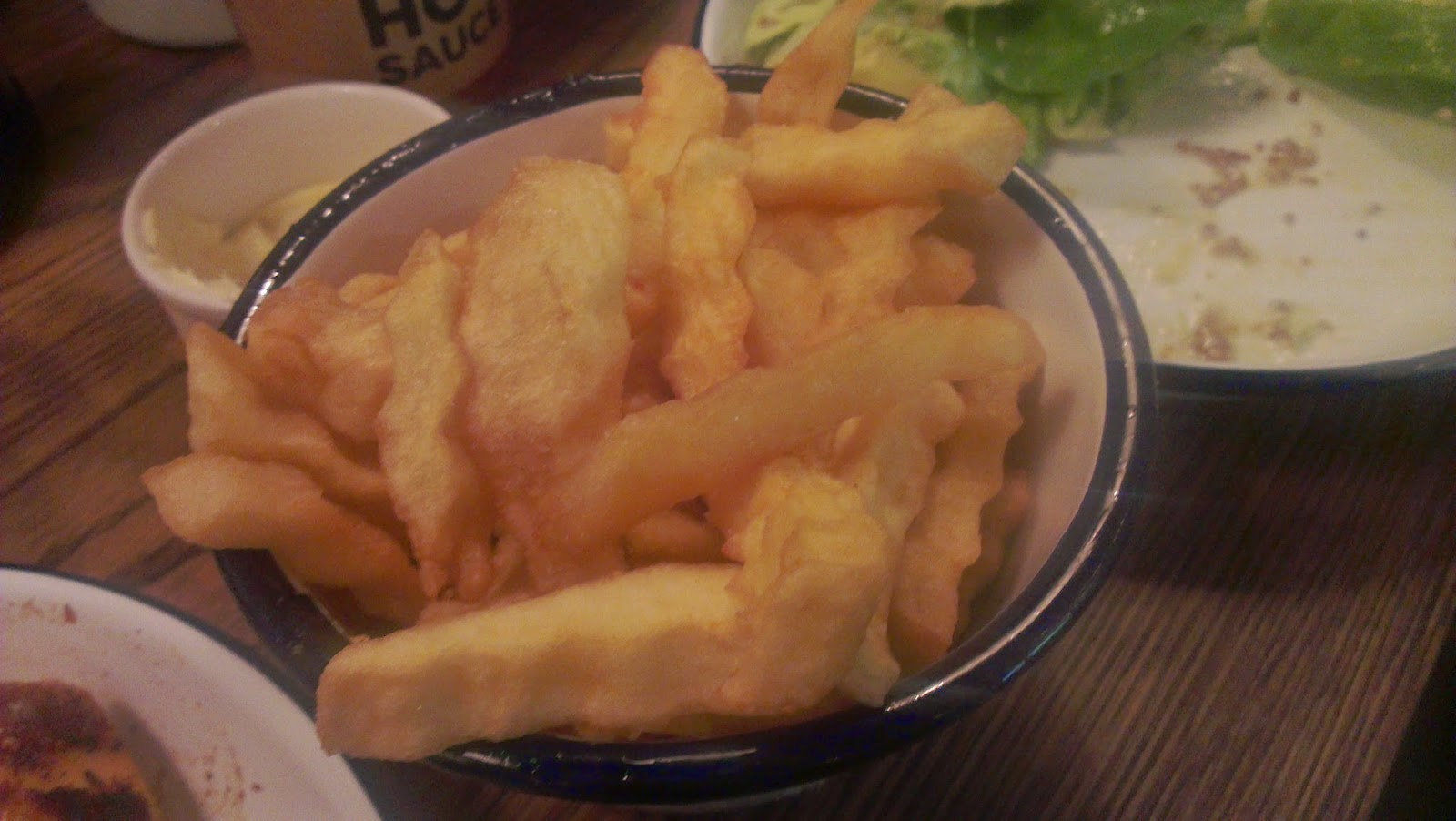 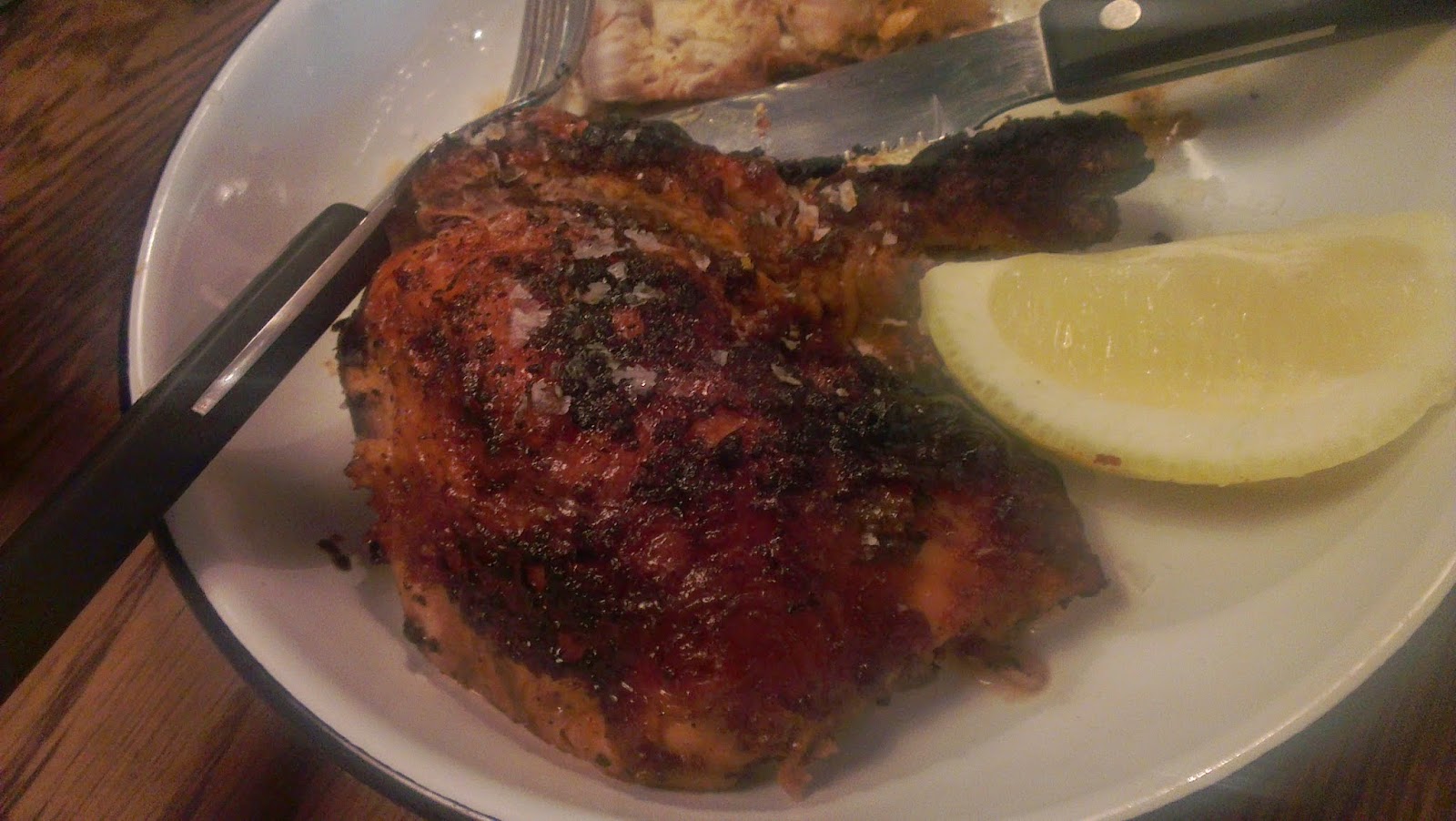 And so, my chicken. It was very good, nice flavouring on the outside, tasty chicken within, cooked really well. They were a little heavy handed with the salt for my personal tastes but that’s my only minor complaint. Otherwise I thought it was a great, fast, cheap dinner. A good informal alternative to Le Coq, although I do think I slightly preferred Le Coq's chicken. If I hadn’t eaten out once already that day I might have stayed for dessert or tried a few other sides but I can only be so gluttonous in one day, so off home we went. 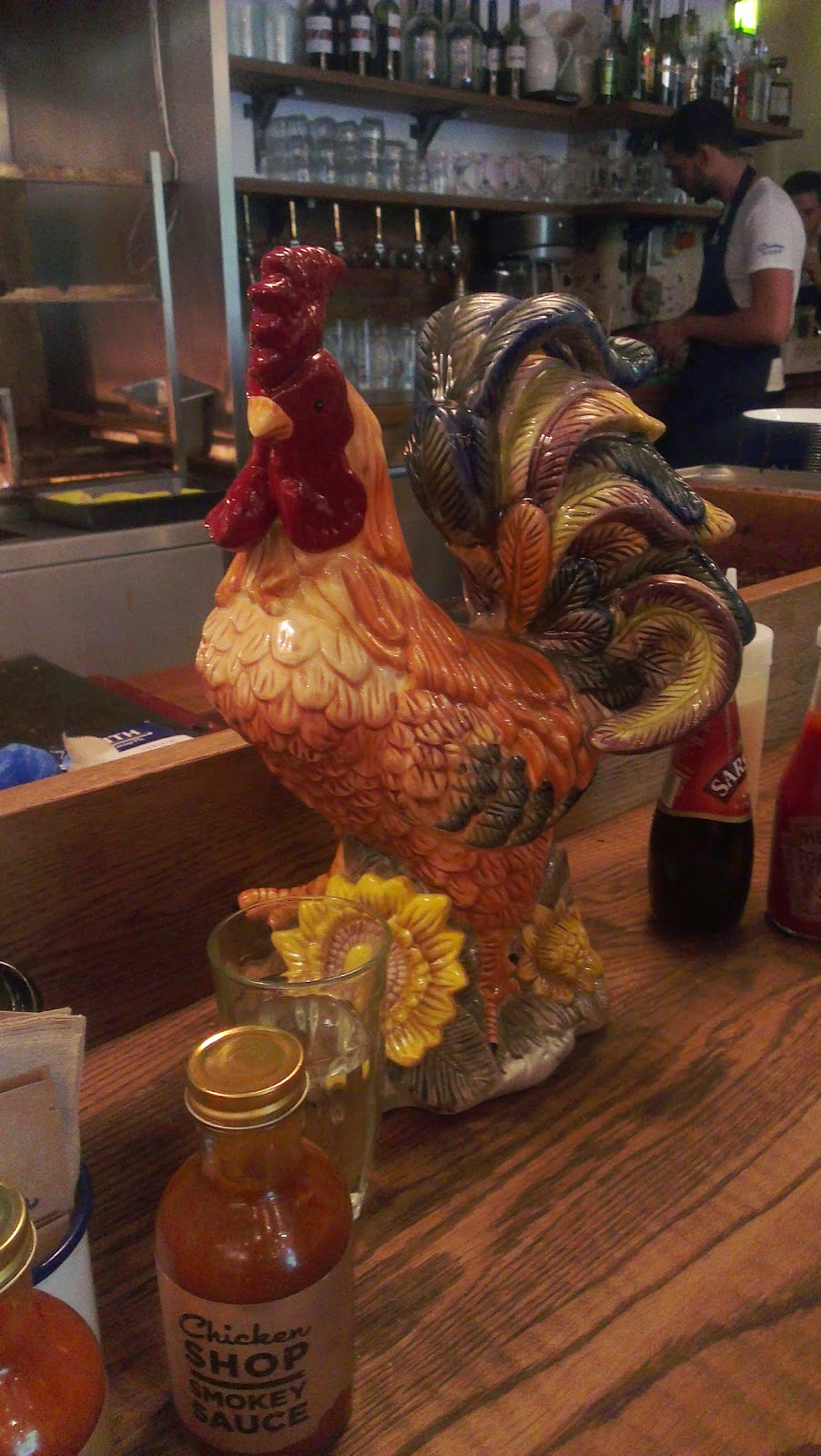