I have never before ventured to deepest, darkest Blackheath, so when I was invited to a blogger event at Le Bouchon wine bar there, I thought it was a good excuse to visit a part of London that I hadn’t seen before.

It was a lovely sunny day, perfect for sitting outside with a few glasses of wine and some cheese and charcuterie, which is what we did, in a very successful attempt to recreate a holiday feeling. 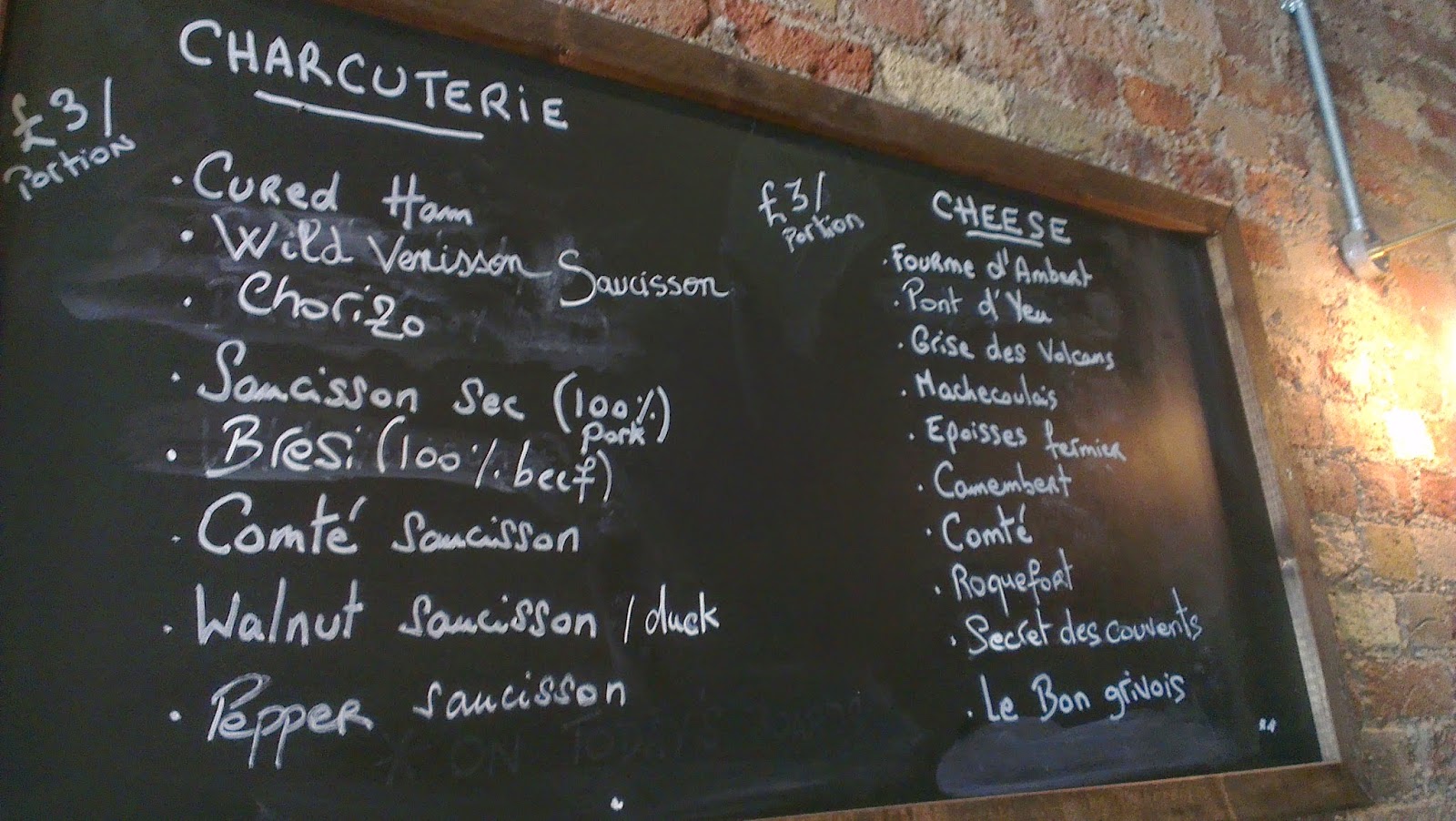 Blackheath is one of those areas of London that feels like its own little village (and it’s not on the tube line, which helps). Apparently it was dominated by chain places but quite a few independents like Le Bouchon have popped up, giving the place more character. 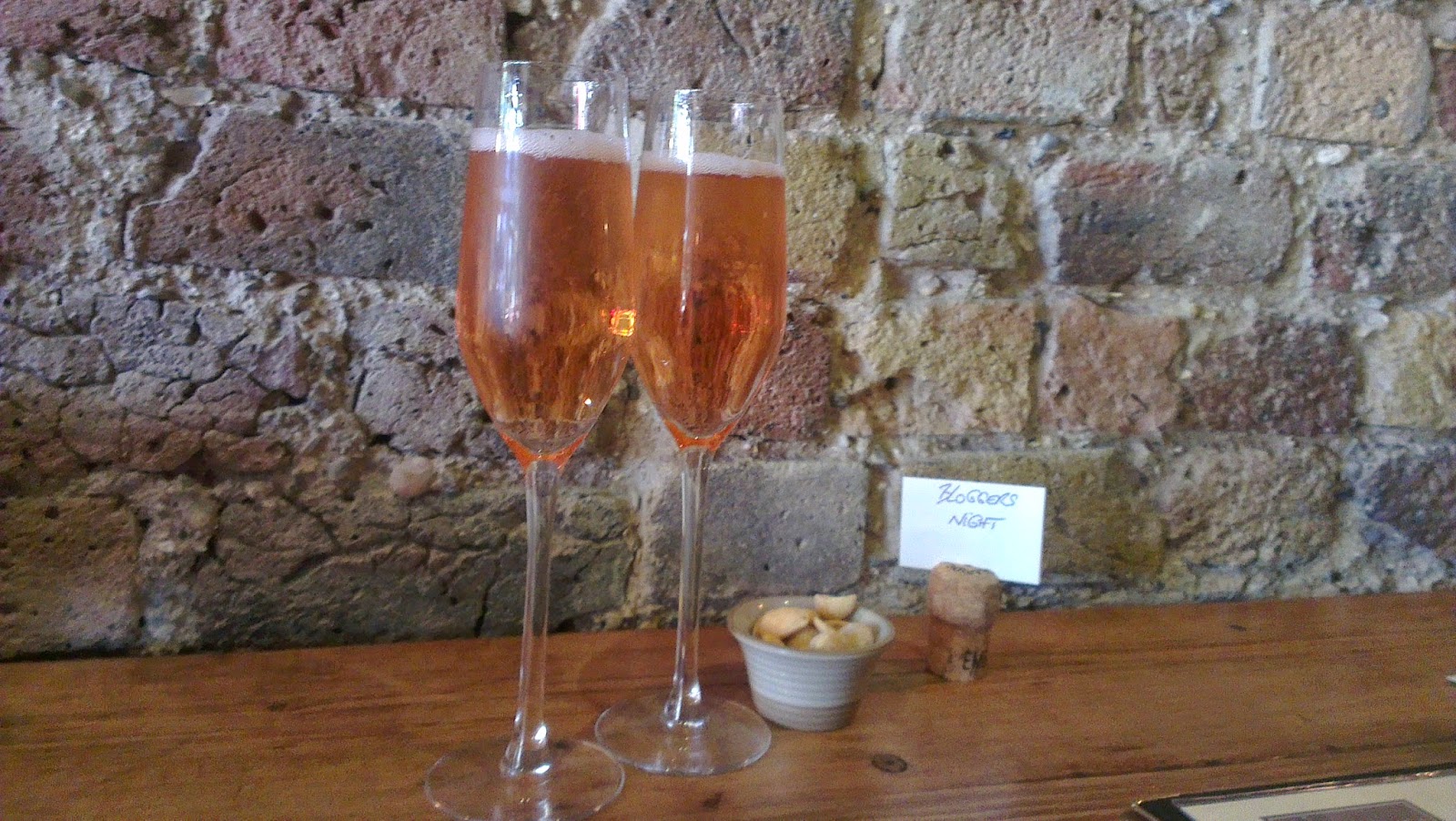 Le Bouchon was everything I expected a French wine bar to be – small enough to be intimate but big enough to accommodate people dropping by without a problem. Very tastefully decorated with a mix of high tables and stools, and lower tables and chairs, plus big windows that open onto the street and a few tables outside. Chalkboards with the day’s charcuterie and wine specials adorn the walls. We started with a crisp and refreshing champagne rose, and a couple of amuse bouches. I would say this was the weakest area as they were pretty standard offerings – salted mixed nuts, olives, bread and olive oil, sunblushed tomato (not in oil), cheese-stuffed semi-spicy red peppers (in oil), tapenade etc. I had the red peppers and the tapenade which came with a bag of bread and they were very nice but not anything to write home about. 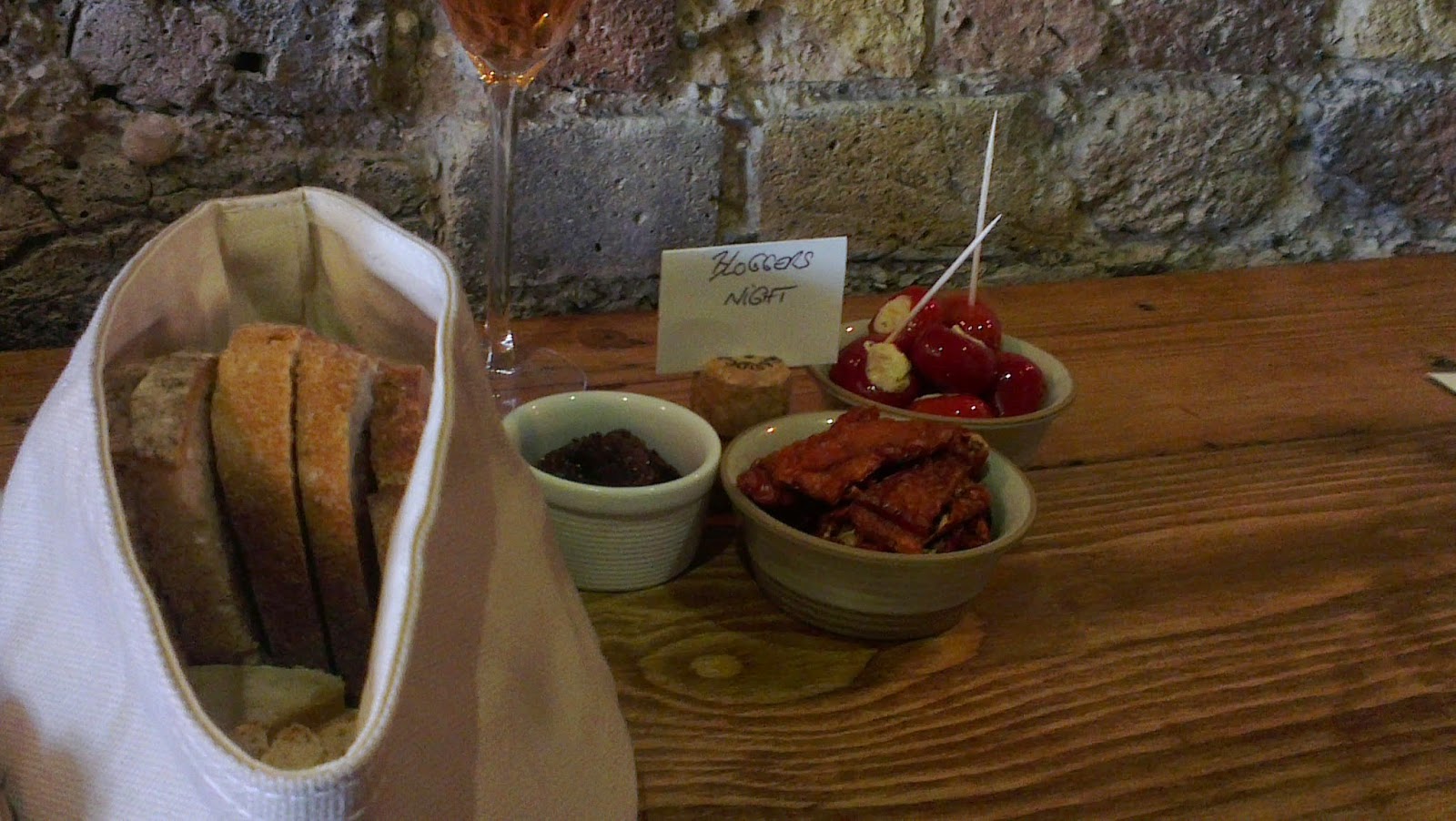 Having said that, the owner’s stated aim for the food is ‘simple but delicious’ with the focus more on the wine (well, it is a wine bar). And so, this he has achieved.

We were then invited to choose three charcuterie and three cheeses. And this is where things got interesting. And also, incredibly filling. I don’t know if we were given more than usual because we were blogging about the place but I have never seen such generous portions of cheese on a plate in a restaurant before! The amount honestly added up to a proper meal and I was stuffed by the end of it! 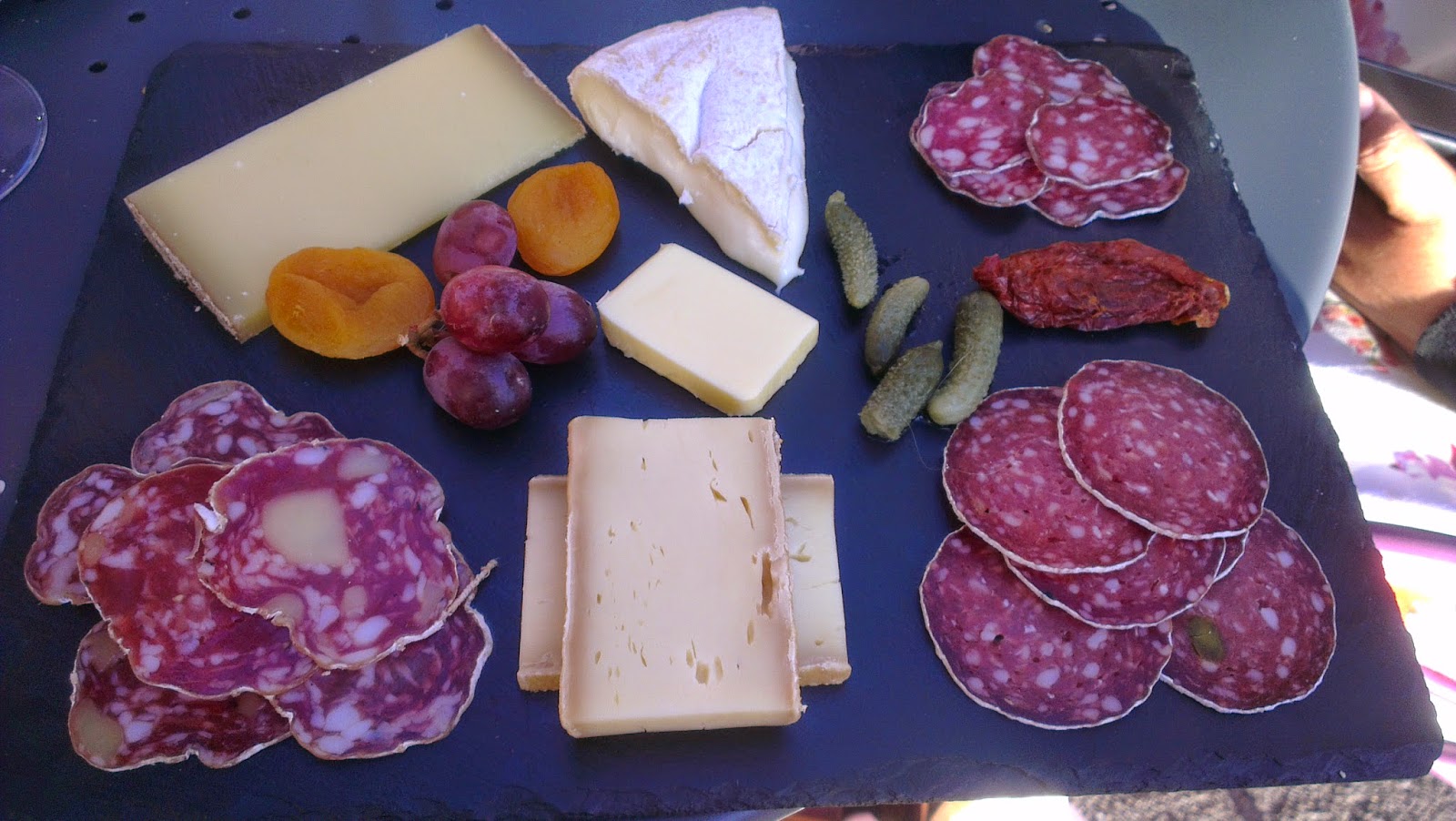 I chose the venison saucisson, the walnut saucisson and the saucisson with the comte (I can never resist comte) and two other cheeses I hadn’t tried before – Secret and Le Bon Grivois. Well, the cheese stole the show for me. Even now I cannot decide which was my favourite. The creamy, just the right side of gooey Grivois, or the Secret – a tangy cheese that was soft but not runny. The Comte as always was delicious but not the star tonight, for a change. The board came with cornichons, grapes and also dried apricot which I really enjoyed with the comte. And we had plenty of bread to spread our cheese on. 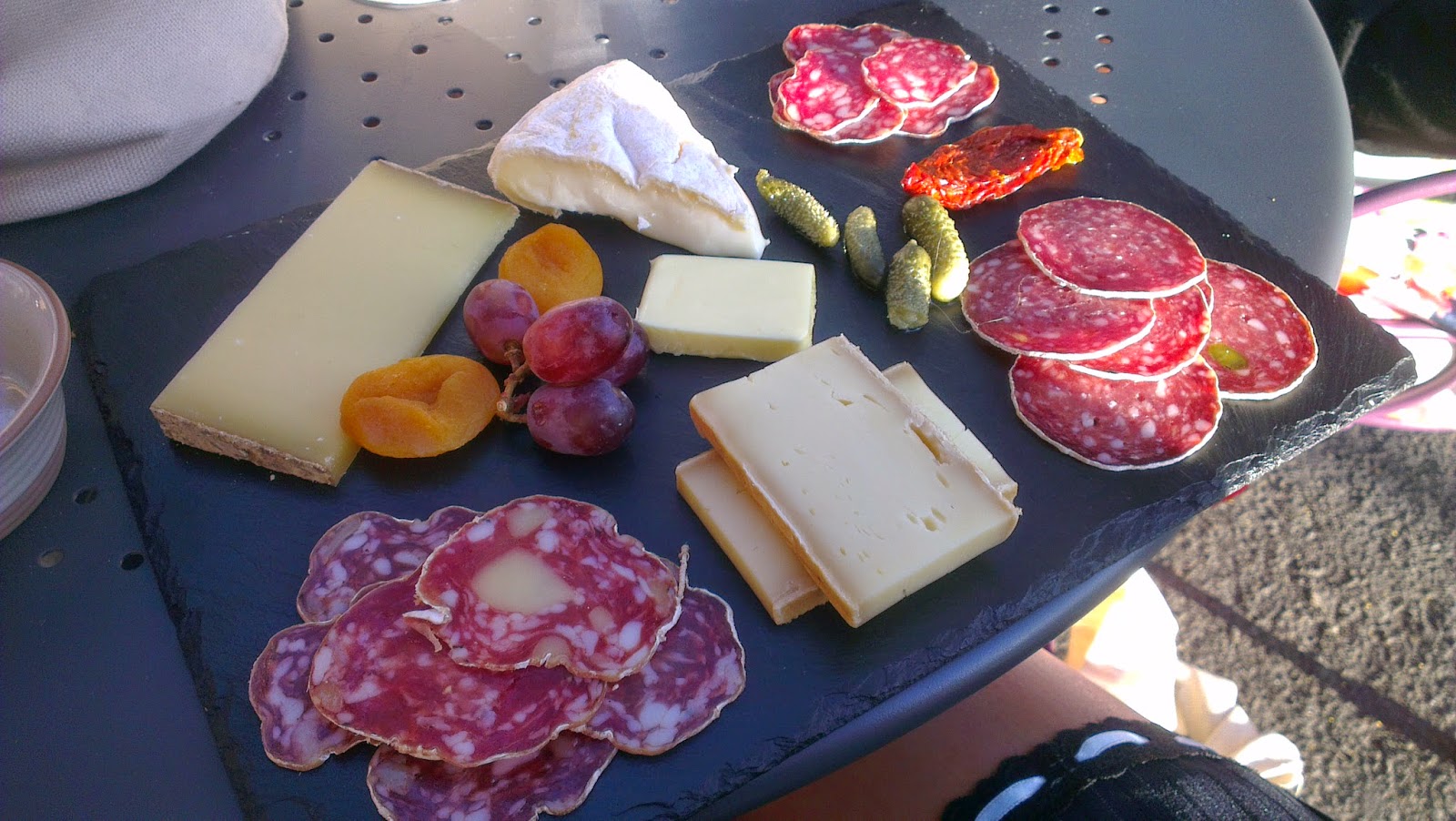 I started off with a beautiful, dry yet slightly creamy Sancerre and then finished my evening with a red I hadn’t had before – Chichon, which I would say was medium-bodied with a bit of acidity to it, which was a welcome accompaniment to the fatty and rich cheeses and meat.

Le Bouchon is everything you would want from a local wine bar – and even on a Tuesday it was buzzy, yet retained a relaxed atmosphere. Blackheath is lucky to have it.

Find restaurant information on Zomato
Posted by Ginglesnuff at 12:33 PM