Harrild and Sons, 23rd May

Harrild and Sons is the newest bar/pub from the people behind the Well and Bucket in Bethnal Green, and, like the pub in Bethnal Green, downstairs it has one of the 5CC cocktail bars. This is actually where we spent our evening as upstairs was pretty rammed, but no one seemed to have discovered the hidden haven downstairs. 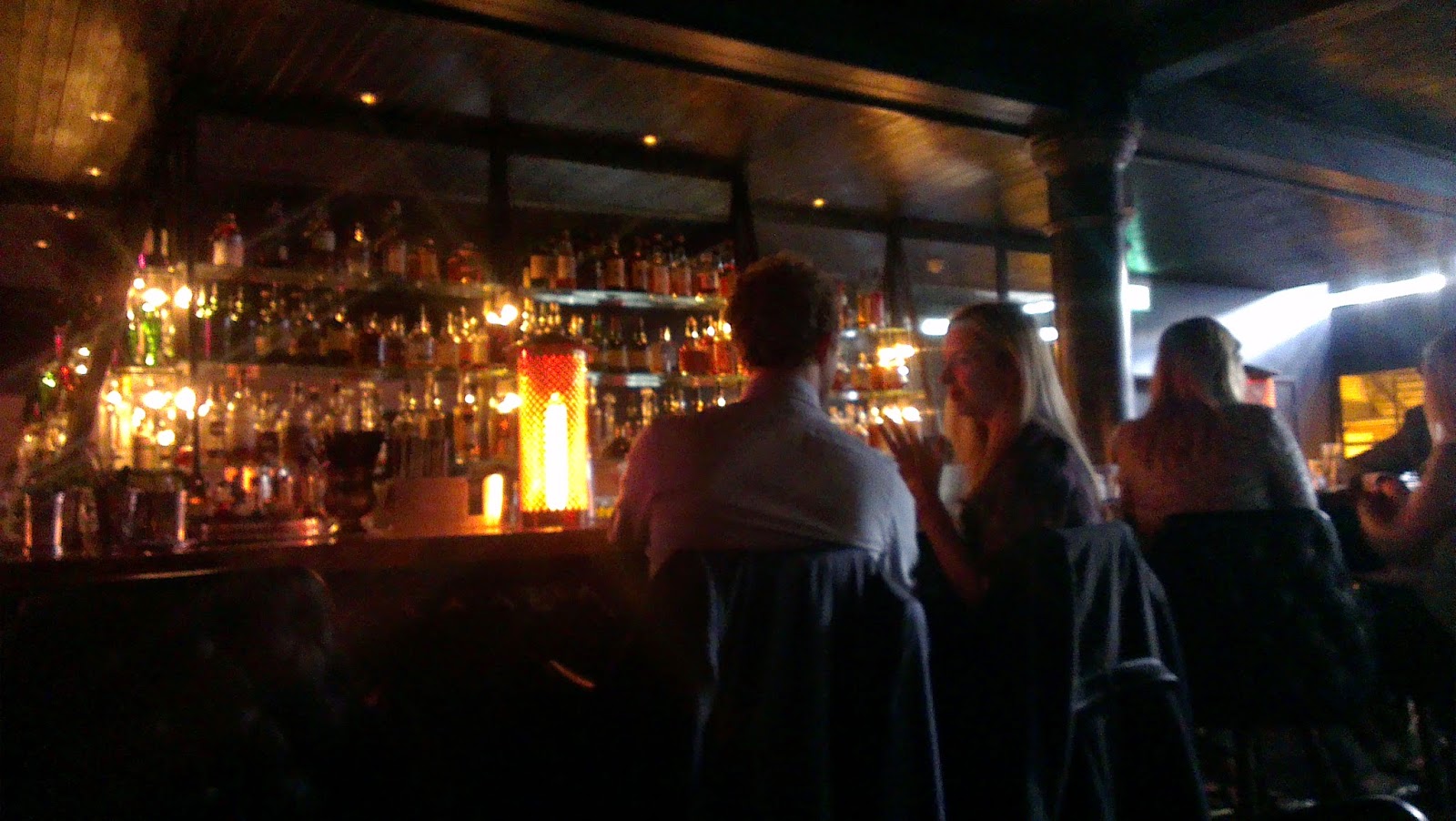 Upstairs bears a strong family resemblance to the Well and Bucket with its slightly macabre, Victorian gothic décor. We grabbed a bottle of wine from the bar before going to 5CC where we would have room to get some food. For no real reason we decided it was a lobster kind of day, so I had the lobster roll and Alison had the surf and turf, after the waitress was very frank and told us the lobster on its own wasn’t that big. Alison opted for chunky chips, I had skinny fries. 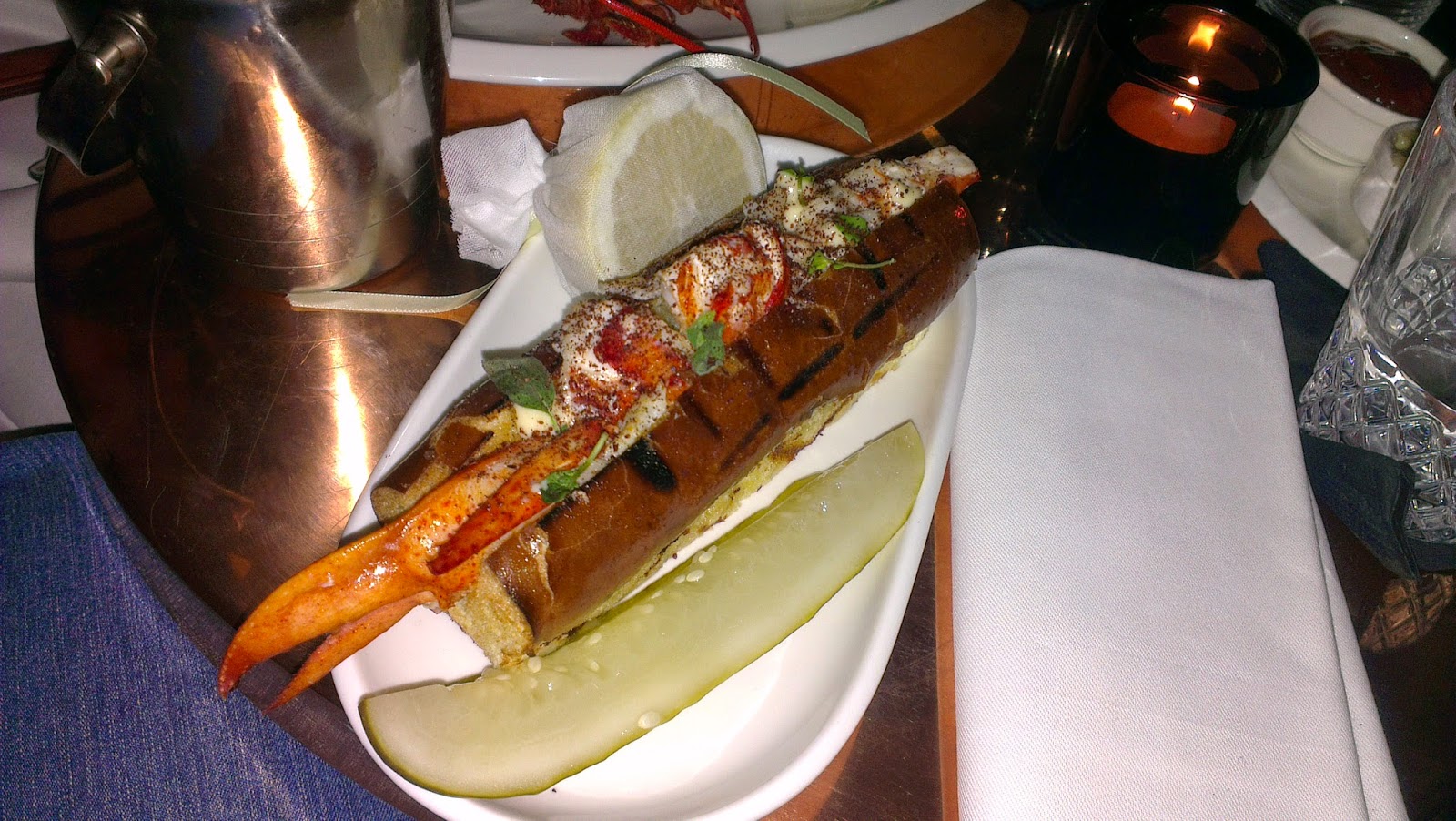 The lighting down here is what you might call ‘mood lighting’ if you’re being charitable. If not, you’d just say it is dark. But then, they are going for the whole clandestine feel. It’s just a shame because if you’re eating, you actually quite like to see your food! But, sight aside, what we had was pretty good. It wasn’t the best lobster roll I’ve ever had, and the claw was a tad dry and chalky, but I enjoyed it. I had a morsel of Alison’s steak which had a great charred flavor and was very tender. I didn’t get any of her lobster but she literally licked that sucker clean and the chunks of it I saw looked succulent and glistening so I think it was pretty good! And those chips! The memory of the chunky ones in particular has lingered pleasingly in my mind ever since. They were basically like perfectly cooked roast potatoes, in chip shape. The skinny fries were also very good in their own way. 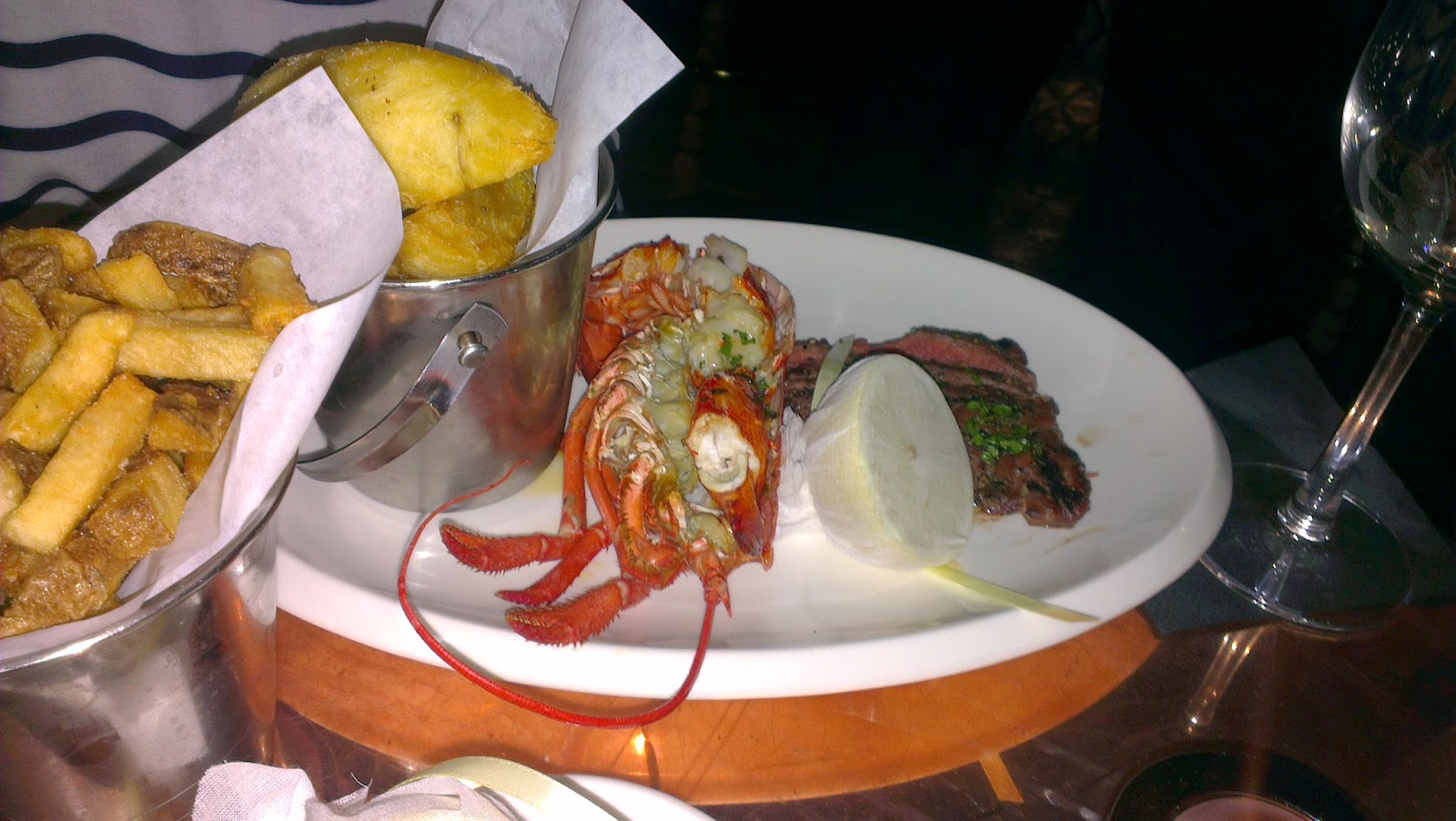 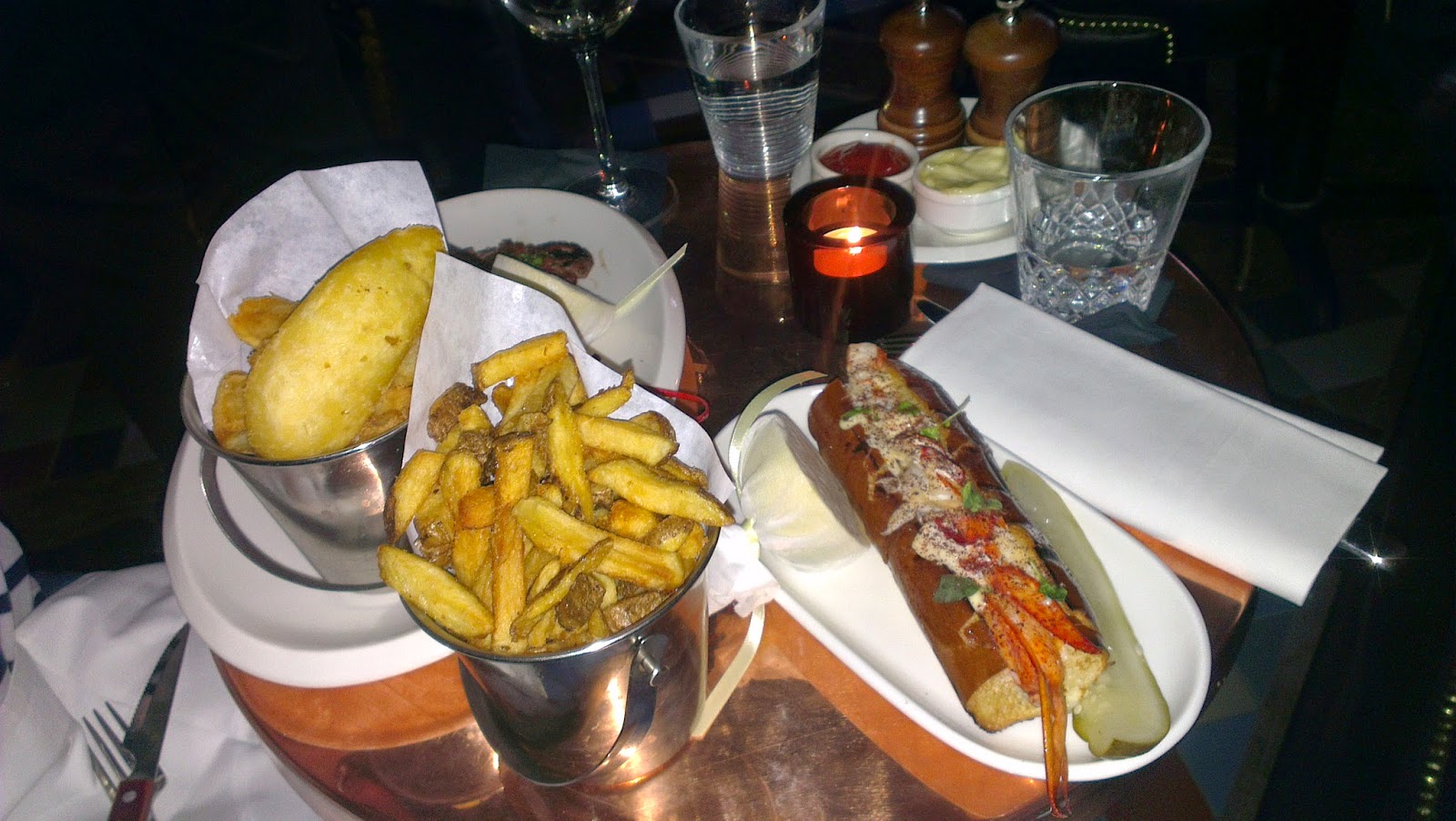 We had another bottle …. And maybe another cheeky glass for the road.


The girl who was serving us was utterly delightful, making the whole evening rather charming. And it also happens to be my office’s neighbor so I’m sure a return visit for those chips will be on the cards before long.

Posted by Ginglesnuff at 6:56 PM