I lived in Shadwell for two and a half years which is crazily close to the icon of the area - Wilton's Music Hall. But I only discovered its existence a couple of years ago when I came back from the States and even then only finally managed to get there last week before it shuts is doors for a much-needed refurb.

Wilton's is one of the last surviving great music halls of the Victorian era, and came third in that X Factor-style programme about old buildings which needed saving, and thus probably secured its future, once again. It has been threatened with closure several times over the last century and a half but always gets saved, and I'm so glad it does.

The front part is the Mahogany Bar and then the back is the music hall. The bar is well worth a visit on its own, a shambling little room with a few tables and chairs, which leads onto the box office area. The box office also masquerades as a bit of a museum about the place with posters telling its history and mementos (like aprons) you can buy along with your programme if you happen to be catching a show. 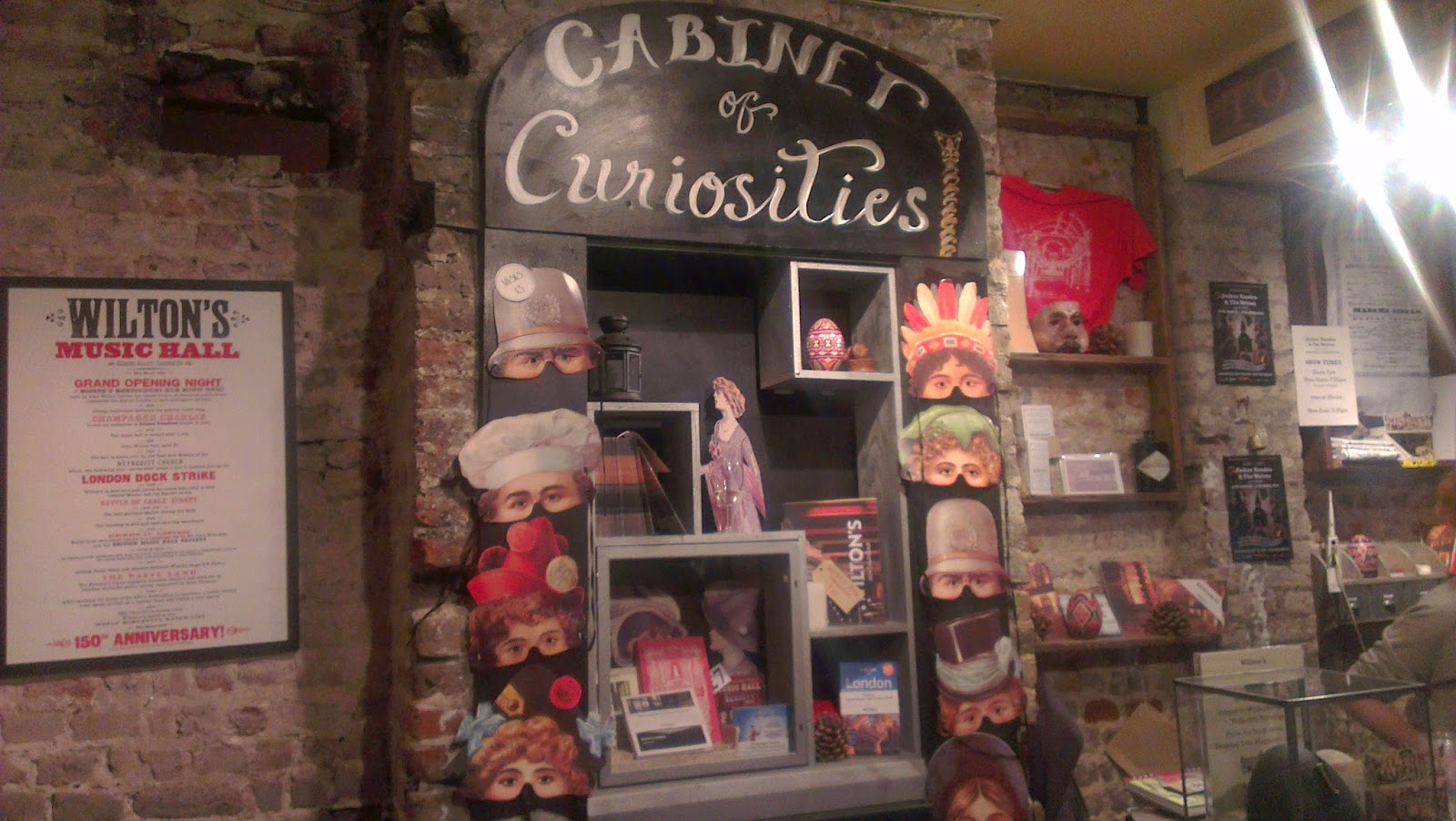 I missed a couple of the critically acclaimed shows they had last year so had to settle for Father Nandru and the Wolves - a sort of fable based on real events about a village before Communism takes hold in Romania. The show was kind of by the by - I was just there to soak in the atmosphere and see what a real music hall would be like, not really to review the play.

It was starker than I had imagined - the interior being all stone and cornices and a wee bit draughty. I could see why something like Dracula would work so well being staged here, and it worked well for the folksy puppetry of Father Nandru as well. I did quite like the play as it happens. It was definitely weird, and sometimes the rhyming was jarring but the actor who played Father Nandru himself was wonderful and the puppets were also pretty cool to watch. There was even a bit of 'fourth wall' being broken which is always fun. 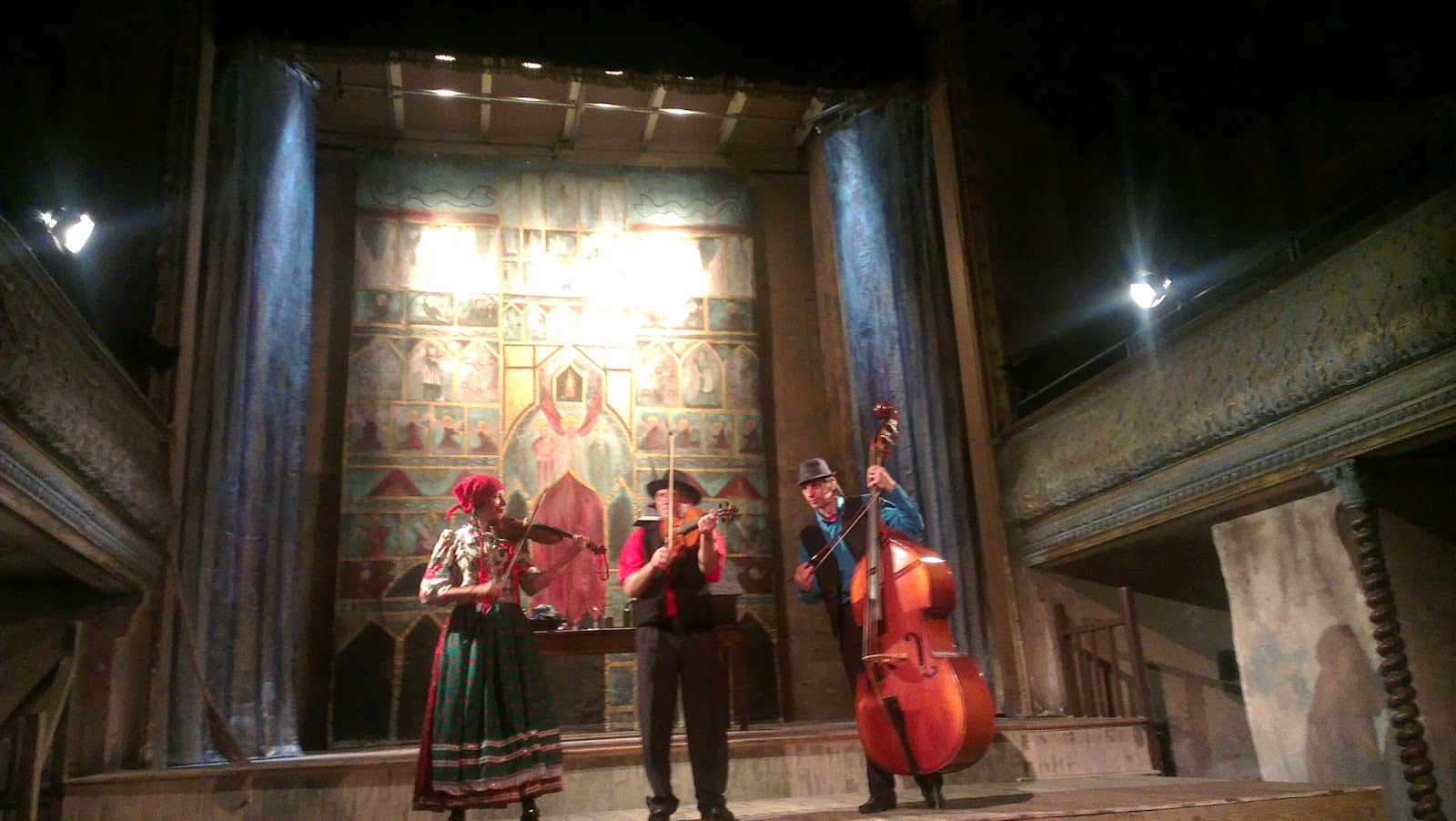 I will return to Wilton's depending on their programme of performances when they re-open, but I would go back to the bar for itself if I happen to be in the area and in need of something to slake my thirst for wine. Prices were reasonable - I had a decent glass of wine for £4, and they had a few 'crafty' beers on offer as well. 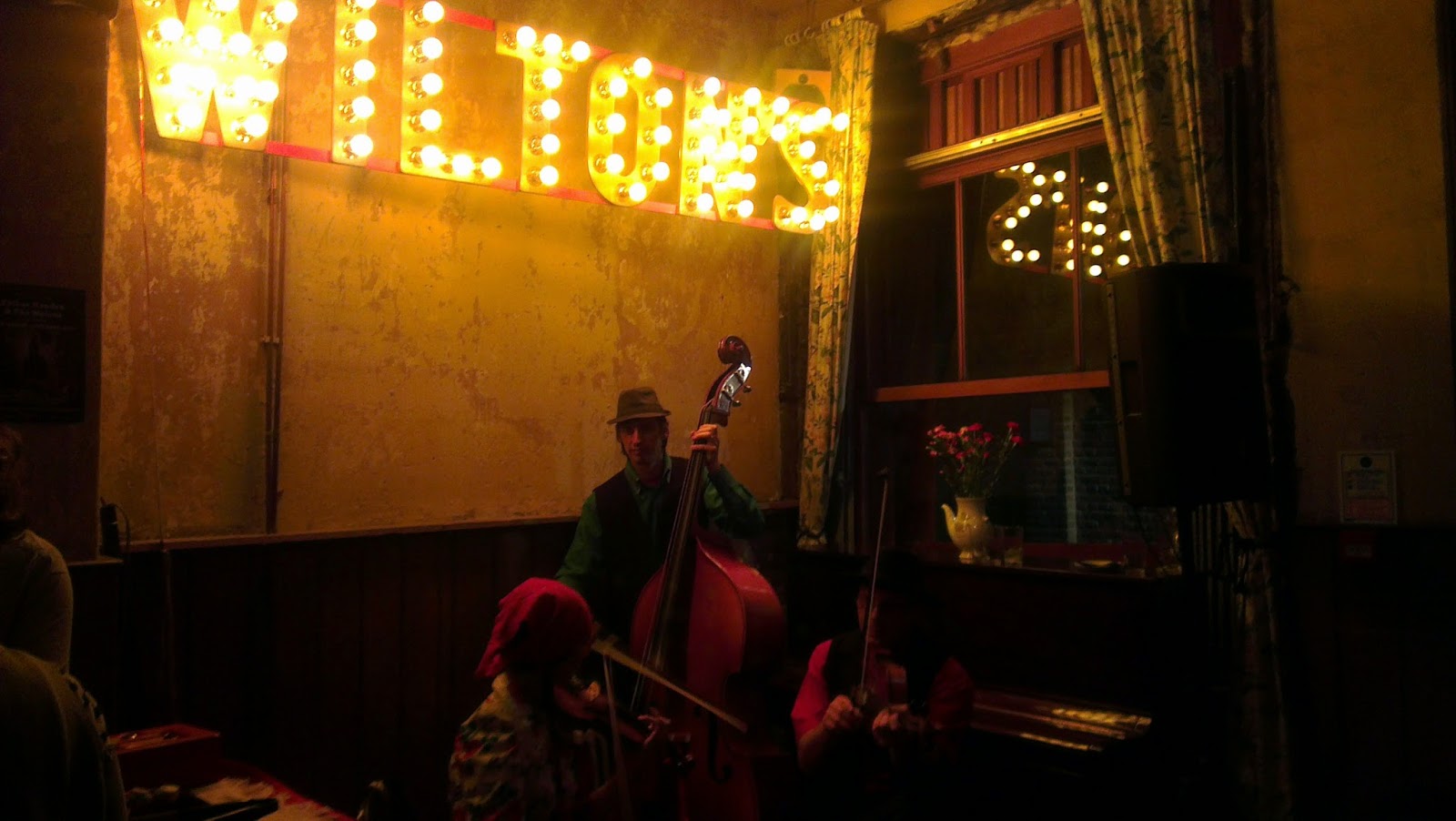 Find the menu & restaurant information on Zomato
Posted by Ginglesnuff at 10:32 PM

Email ThisBlogThis!Share to TwitterShare to FacebookShare to Pinterest
Labels: things to do, Tower Hill, Tower of London, Wilton's Music Hall