Well, the Ig Nobels were... confusing. Thinking it was a roadshow which would tell you all about  the research that won the Ig Nobel prizes, with perhaps demonstrations or experiments, we really weren't expecting the rather odd variety show that we got.

The Ig Nobels are a prize awarded to scientific research that initially makes you laugh but then makes you think. And for the first hour of the evening, our compere explained the Ig Nobels to us, how the ceremony happens and did a powerpoint presentation on all the categories and their winners this year, with some brief backstory. Up until this point I had been expecting the winners to be there, and to share with us some of their research. But no, we then moved on to something only tangentially related. The QI elves had been invited along to pick at random (before the performance) from a stack of real research papers, from which they were allowed to read in as dramatic a fashion as they could muster, for only two minutes. After that point, the audience were encouraged to ask questions of the reader. But only three questions. And bear in mind that the reader had no relationship to the research and knew nothing about it. This section heavily relied on the audience being witty enough to think of questions that would amuse everyone, or lead to answers that would be amusing. And there were rules - the QI elves weren't allowed to bullshit, or make things up, though they could hazard a guess.

So, that was a bit weird. I found it frustrating, time and again, hearing the beginnings of a rather bizarre or random piece of research only to not get to know the conclusions. However, the questions from the audience I actually thought worked better than I would have expected.

All in all, this was a whimsical, amusing thing to do, but it dragged on for far too long, even with the time limits imposed. Seven readers were way too many. And then the evening just got worse. Maybe it was because I had plans that I was itching to get to and it was a Friday night. Or the room was overly warm which made our attention wander. However, I'm inclined to dismiss all these things and conclude it was because the rest of the night was tedious and odd.

We had an actual researcher take to the stage and walk through a presentation on studying people with bipolar disorder. But, again, he was timed and it all felt rushed - too high level to be interesting. What was the point of it all? We don't know.

Then there was a reading from Andrew George – who read out a poem from William McGonagall, commonly held to be the worst poet of all time. And his poetry wasn't great, but nor did it seem particularly dreadful. Kinda made you laugh. And then he read another poem. It was one poem too far and the novelty had already worn off. 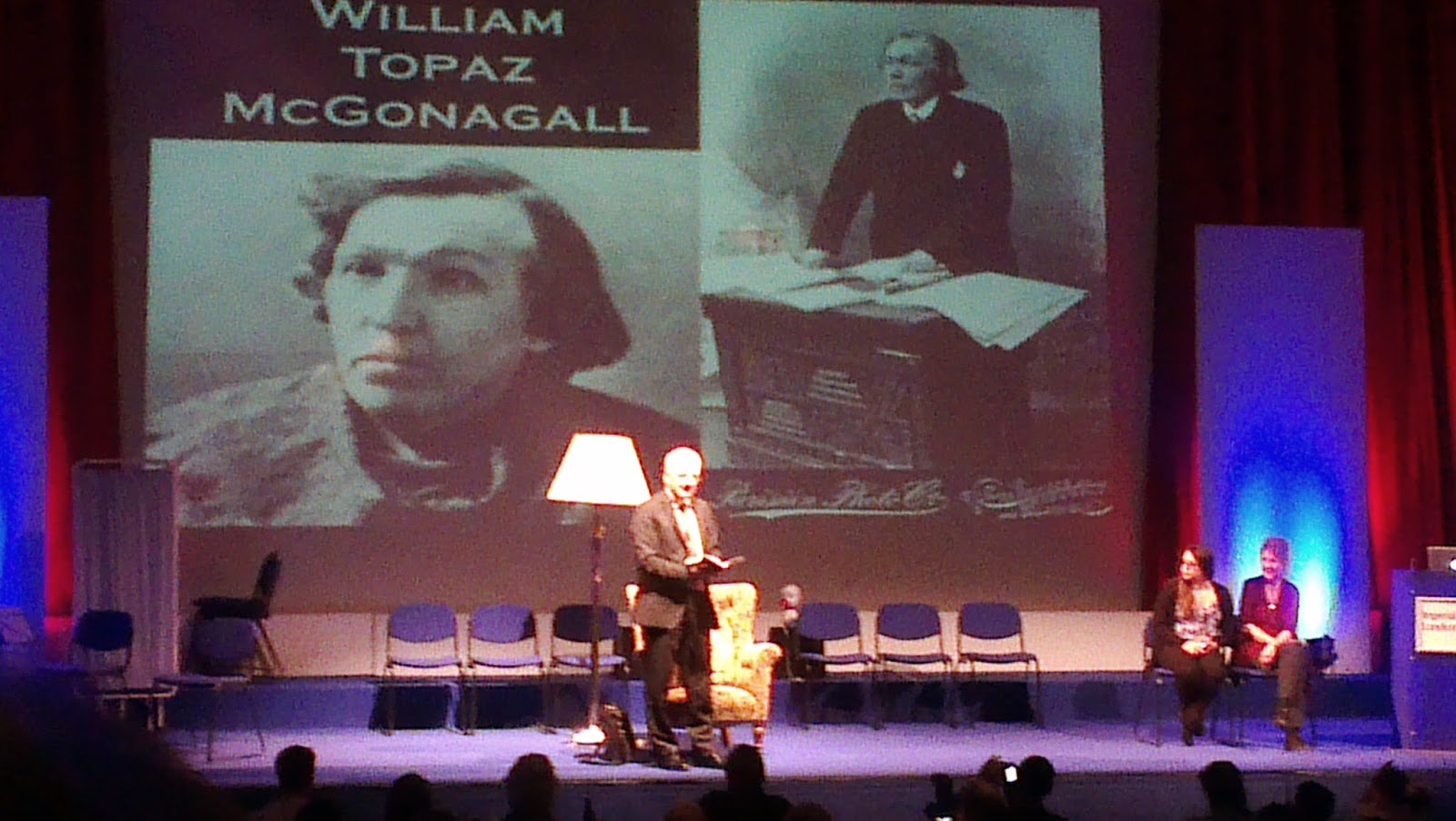 We were then introduced to someone who seems to be a bit of a celebrity in the Ig Nobel sphere, Kees Moeliker, a previous winner who happened to notice the homosexual necrophiliac indulgences of a duck outside his window, and, after observing for over an hour, decided to photograph and take notes on it. He regaled us with the history of his fame and the doors it has opened for him (namely to ask if he would like to contribute to a book on necrophilia). And then came the decidedly worst point of the evening. A person called Danial Gillingwater had composed an opera based on the dead duck story. I'm sure everyone involved thought this was ever so clever and amusing but in actual fact it was mordantly boring. Even though it was sung in English, you couldn't understand a word that was being said, although you were able to realise that they were just rehashing exactly what Kees had already explained. They did the bit where the actual 'copulation' took place quite well, but by this time everyone's patience had been exhausted. (At least in my group.) We just wanted to get out of there. A two hour show had turned into two and a half hours, where the last 45 minutes were a chore to sit through. 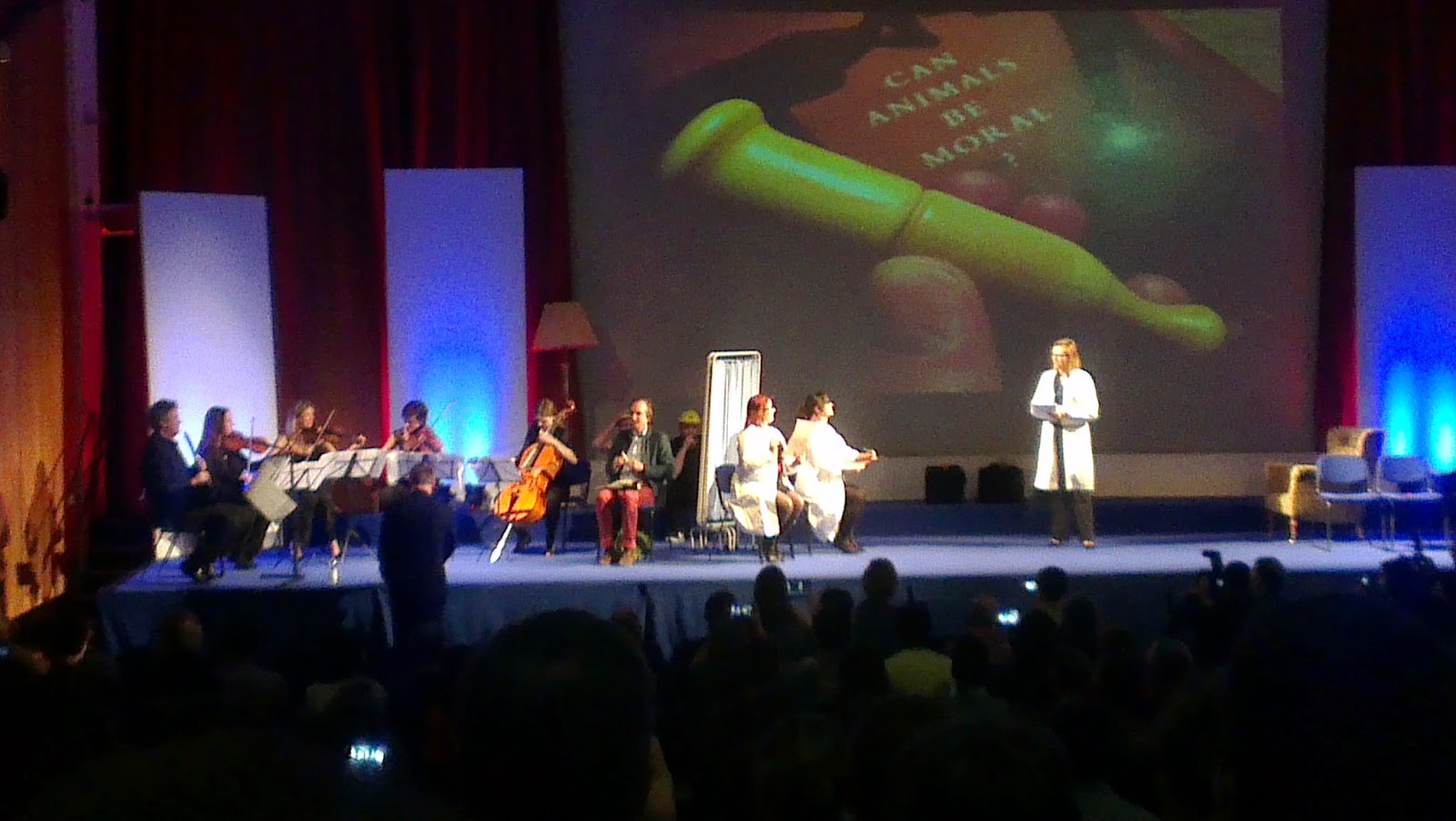 Some good moments, but on the whole rather baffling and disappointing. I wouldn't go next year.
Posted by Ginglesnuff at 1:13 PM