Scene and heard is a peculiar little thing. It's a charity which helps youngsters in Somers Town find their inner playwright. I don't know anything about the techniques they use but the results are a series of short plays that are endearing, bizarre and pretty funny, both intentionally and not.

The children who write the plays are between 10 and 12. Their words are not edited at all but the plays are performed and directed by adults. The performances are free - you just need to reserve tickets. 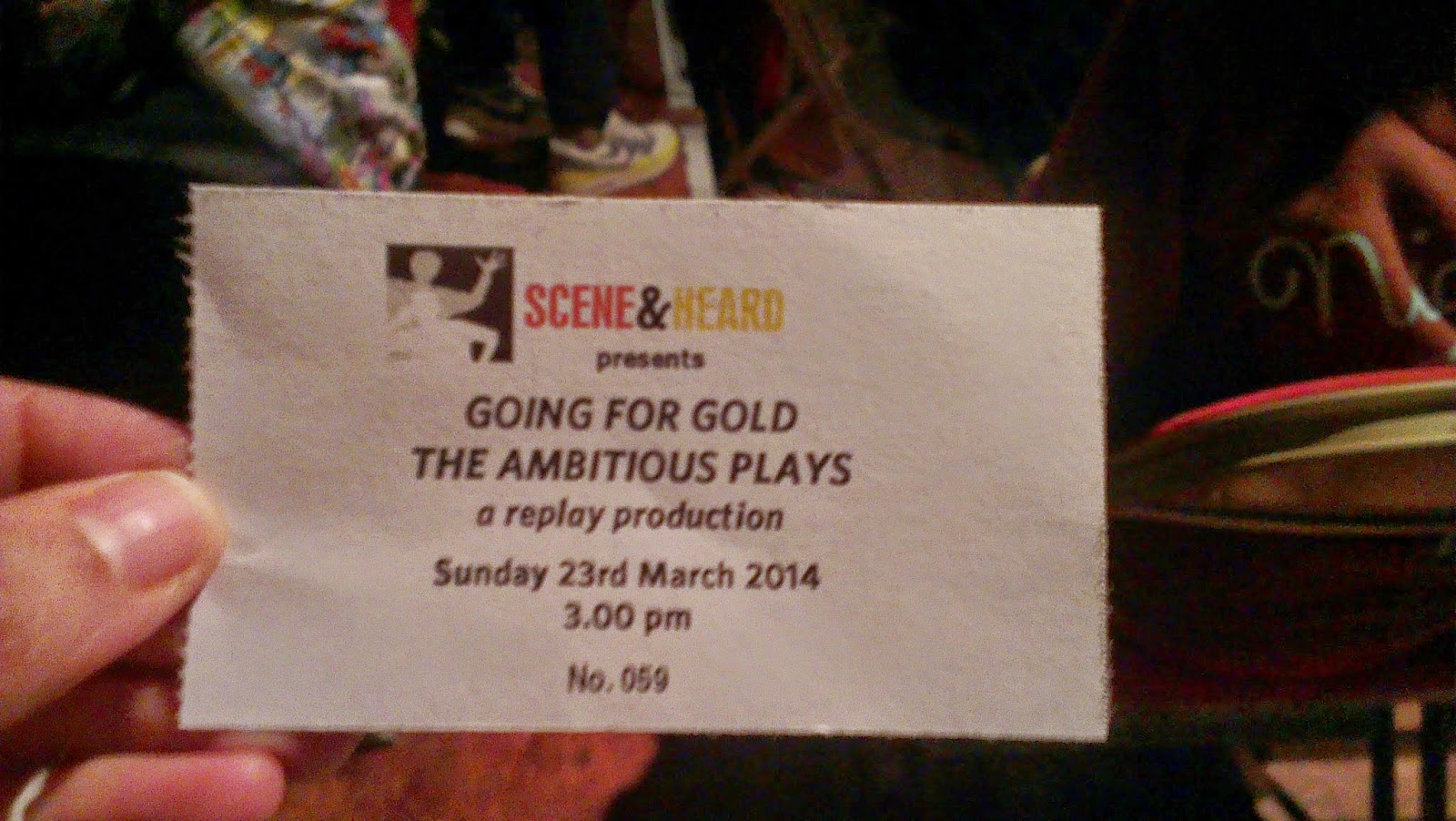 We went along to the Sunday matinee at 3pm. There are two 'Acts'. Each act has five short plays. For the shows we went to see, all of the playwrights had previously been enrolled in the scheme so these were the second works they had written. They were given the brief that it should be about two main characters, then a third comes in with information that changes everything, before leaving again. 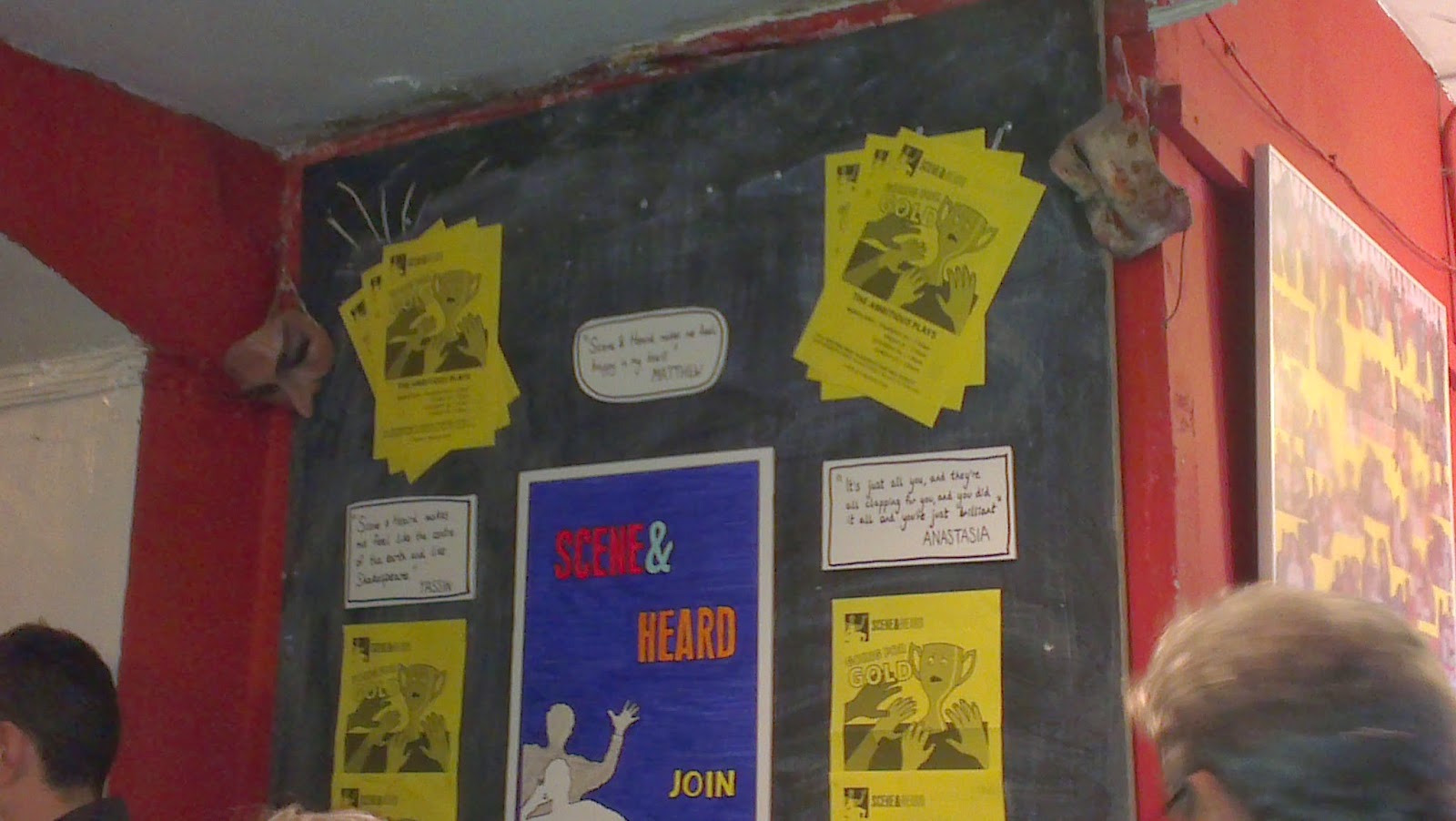 There were some common themes running through each play, which made it a little hard to remember which story arc belonged to which, especially as all of the characters were so random. In one play you might have a pea and a helicopter and a badge, in another a pair of sunglasses or a potato or even stinky armpit bacteria.

And in most of them someone was an orphan, someone was murdered (often the orphan's parents) and at some point one of the characters probably wanted to commit suicide. From making us laugh at a funny turn of phrase that only a child would come up with, to giving insight into one kid's views on Justin Bieber, every play was winningly entertaining. There was even one particularly chilling play where the lead character seemed to befreiend his costar before luring him to an untimely death. Murder by teaspoon! 'Mwah hah hah!

The actors were excellent at capturing the childlike qualities of the plays without resorting to acting like children themselves, and giving the lines the spot-on comic delivery they needed. Lighting, props, some ingenious costumes, and indeed music helped the action along and ensured each skit kept your interest. There were even some musical numbers! So cute. And worthy. Go.
Posted by Ginglesnuff at 8:03 PM

Email ThisBlogThis!Share to TwitterShare to FacebookShare to Pinterest
Labels: Scene and Heard, Somers Town, things to do