I had a great time at Gypsy Hotel but I think that was down to two main things - the company (my gorgeous Meetup members) and the ever brilliant Bikini Beach Band who were just as good as I remembered them from seeing them at Stoke Newington International Airport.

Perhaps my expectations were too high but Gypsy Hotel itself, well, it didn't really feel like it was an entitity of itself. When we got there at 10:30(ish) it was hard to tell there was even an event on. Someone may or may not have been on stage at the time, there were a few people there but it wasn't packed. They say Time Out said 'if you have 12 hours left to live, spend it at Gypsy Hotel' but it didn't really feel like one big, wild party to me. Just a night in a pub that happened to have a good act on. Oh, and then some fire eating.

Perhaps this was a contender before so many other things started up, I don't know. But compared to something like Rumpus, or Carousel that I went to the other week, this was just tame. The venue was fairly interesting too small, yet L-shaped so that it was far too easy to be at the bar and miss all the entertainment. 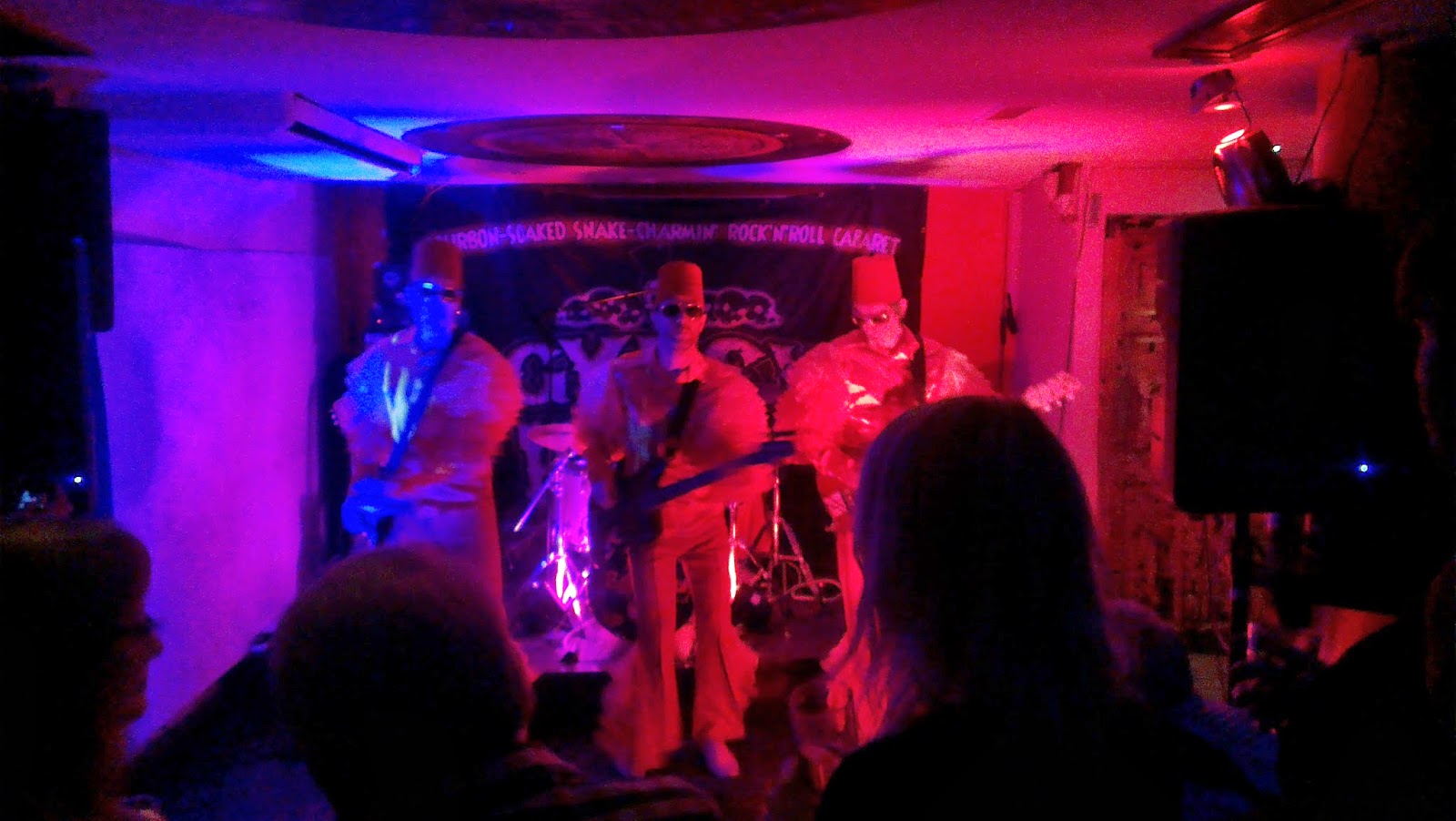 And I really don't have much more to say about the night! There was a bluesy act on earlier, and yes, the BBB totally killed it. I thought I might have made the mistake of hyping them up too much but everyone to whom I had already extolled their virtues was in complete agreement that they were fantastic.

So, I'm in no hurry to return to Gypsy Hotel when there are so many other nights with more going on, but Bikini Beach Band I still <3 you.