I said on my Twitter that I died and went to ‘cue heaven when we went to Hotbox and I stand by that. It was everything I had expected and more. Expensive, sure – the beef rib will set you back 24 squids, but the quality is superb.

We were assured by our waiter that the Hotbox Smoked Selection was big enough to share between two, as long as we got at least a couple of sides as well, and so, wanting to try everything, that’s what we did. We also threw in an extra smoked chicken thigh so we’d have one each. I’m so glad we did as this was exceptional. So smoky and sweet, I would make sure I had this again.

In fact, I wouldn’t be able to choose what to have next time if not the selection again as it was all so good. The only thing I didn’t really like was the sausage which was a little coarse for me. We’d had it before at hawker House and Stephen liked it a lot. I know it is just my personal preference, not a reflection of the actual sausage’s quality. 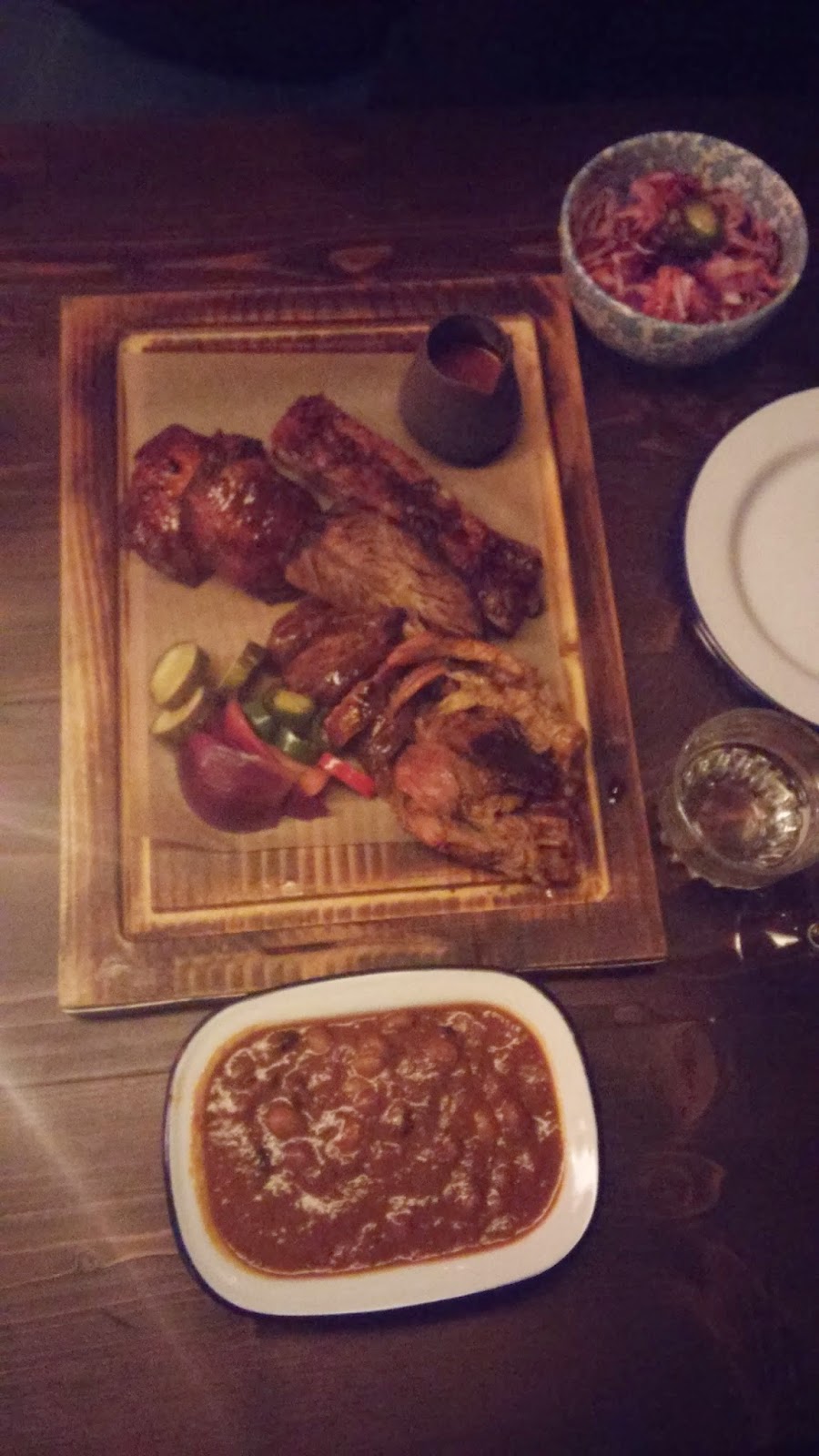 The slice of beef rib was perfectly tender, and charred, good enough to eat on its own without any of the sauce that accompanied the plate. Same goes for the pork rib. Both were meltingly soft with a robust flavour. The pulled pork (collar I believe) was some of the finest I’ve ever eaten. Not dry at all, and again not really needing any sauce, although we did drizzle some over.

Beware – if you don’t like a bit of heat with your ‘cue then you might want to stay away. It was never overpowering but it was certainly there in almost everything, and the plate came with some extra jalapenos and onions as garnish.

For our sides we had the pickled jalapeno coleslaw (excellent) and the ham hock pinto beans. This seemed to be a mix of two beans – black and pinto, and the black beans were a little too firm for me. We eyed up other customers’ dishes and the sweet potato fries looked just right, as did the grilled elote (Mexican corn).

When we finished our main we were so disappointed. We wanted more! I would say that one person could order the selection and eat it all but they’d be stuff to the gills, whereas for two it makes for quite a light dinner. Getting a more stodgy side like fries would help. However, ignore all of that if you plan to have a dessert because they do not skimp on the size of these, and they are worth leaving a bit of room if you like sweet things.

I had to try the deep fried oreos whereas Stephen went with a less adventurous sticky toffee pudding. Deep fried oreos are, as you can guess, amazing. I don’t love normal oreos so much but when they’re warm and chewy like this they’re wonderful. I could probably do with a little less of the dough they are encased in, especially as you get four of them and they can become quite sickly. I gave one to Stephen. They come with a dark chocolate sauce and ice cream, which is a nice contrast of hot and cold. We chatted to one of the staff and he said they were considering swapping out the chocolate ice cream for a lighter flavour, which I think would be a great idea. A plain vanilla, or even the butterscotch ice cream that Stephen had with his pudding would work really well. 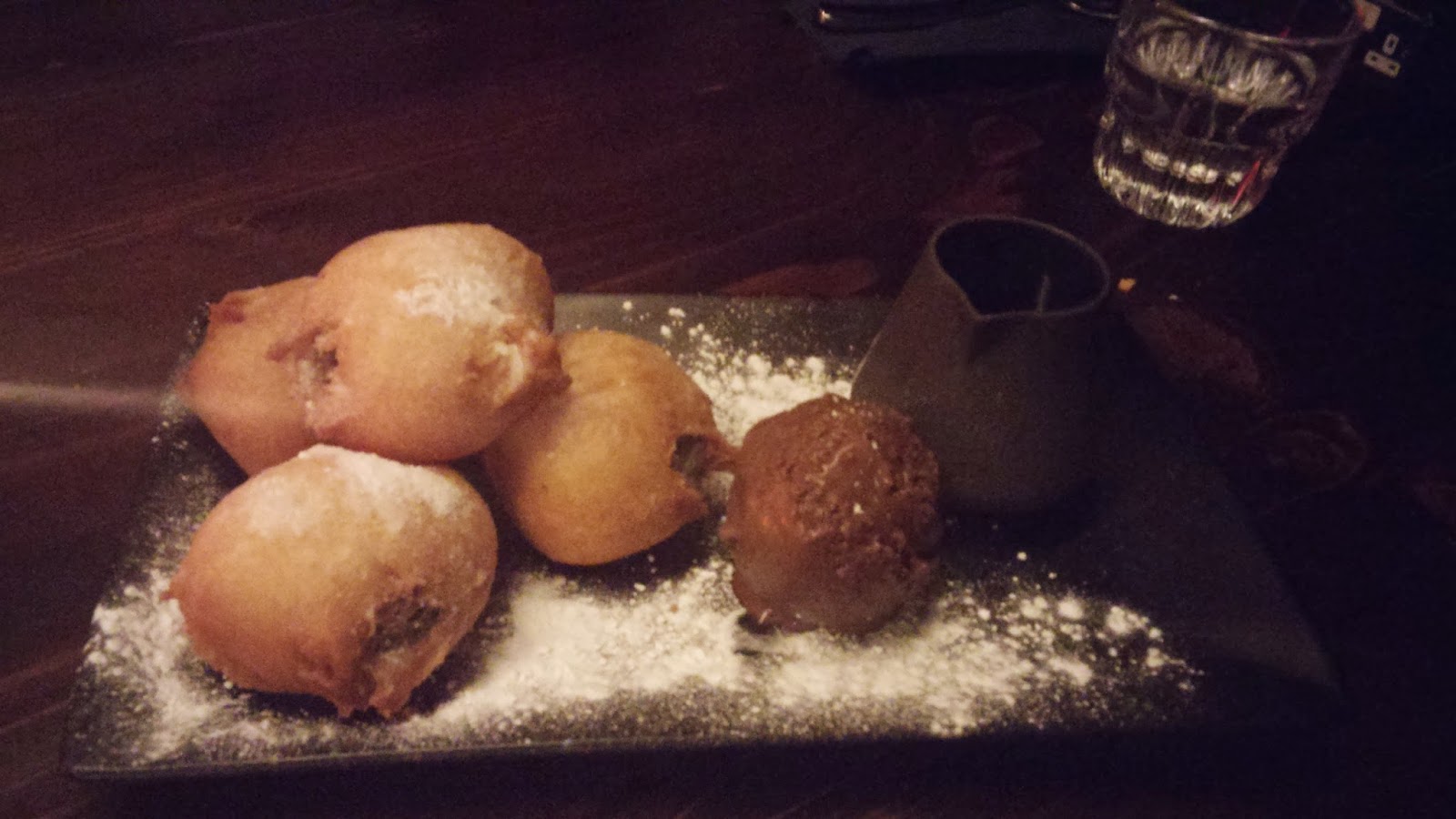 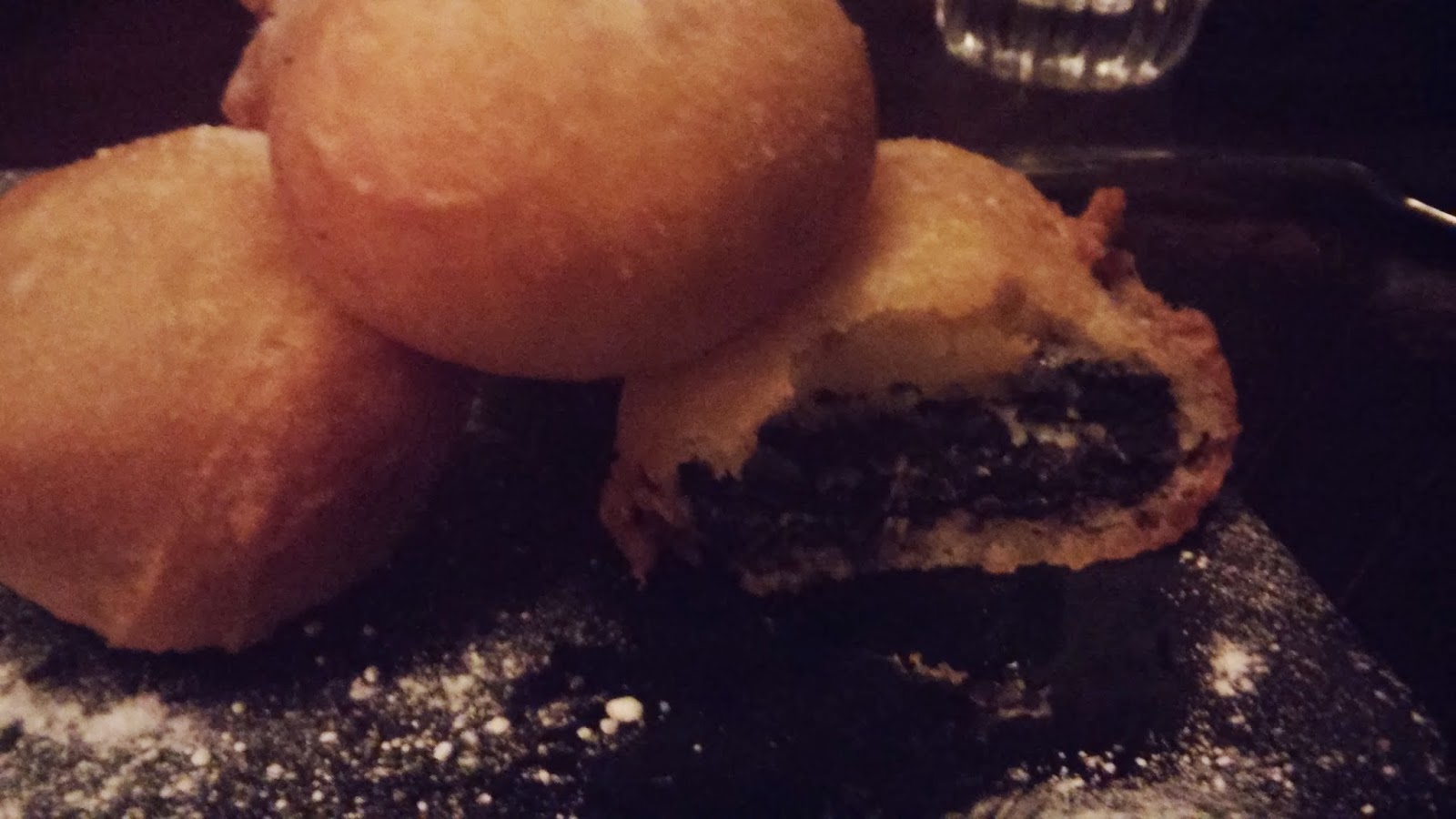 Stephen’s sticky toffee was a brick of a pudding (in size, not texture) and came with toffee sauce and the aforementioned butterscotch ice cream. We were so full after this! Full and happy. 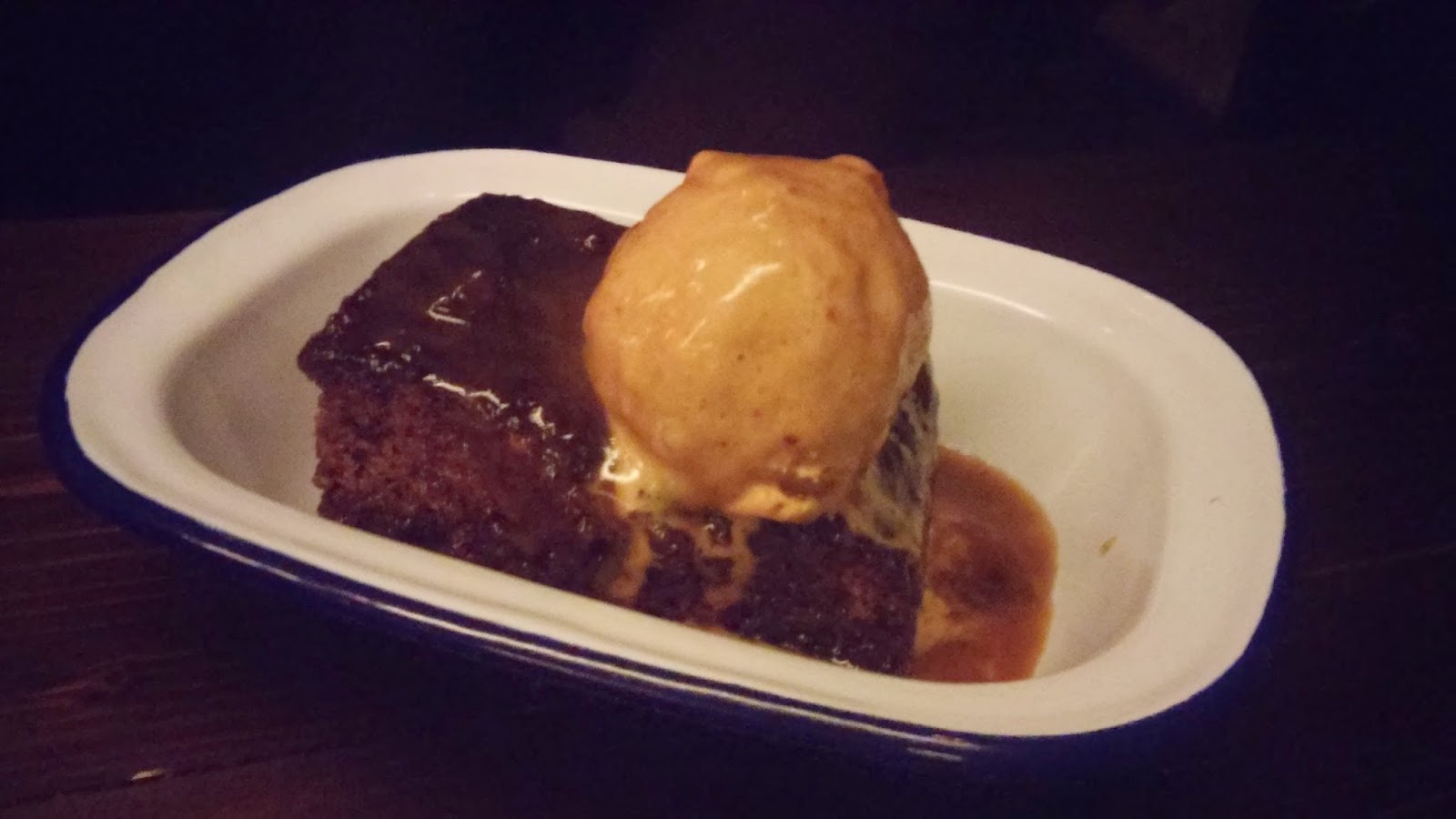 I was quite surprised by the style of Hotbox – it’s dark and sleek and feels more like a bar than a restaurant. I expected something more Americana-themed. But the food is much more than befits a theme bar so the surroundings suit it. I can’t wait to go back - probably now my favourite BBQ joint in London.

Posted by Ginglesnuff at 2:10 PM