Having a sweet tooth, I have tried a fair few bakeries around London, and I have come away with some firm favourites. For brownies – Konditor & Cook or Bad Brownie. For ice cream, Gelupo or La Gelateria. Rinkoffs are the place to go for Croughdoughs. For cake, I pretty much turn to Hummingbird Bakery time and again though Lola’s and Flavourtown Bakery deserve a mention for their cupcakes.

But I think there is somewhere else to add to my list of old reliables.  It’s a shame they’re owned by that annoying Jemma girl on London Live but early signs are that they’re good enough to overlook this minor flaw. One Sunday I went for a leisurely stroll from my place in Bethnal Green to Carnaby Street. A mere hour and 20 minutes later I was inside Crumbs & Doilies. I had already perused their many cakes online and I was a little disappointed they didn’t have such a big selection to choose from. There was one type of cake only, and about 6 cupcake flavours. However, they rotate their flavours daily so if they don’t have anything you fancy one day (unlikely), they probably will the next. 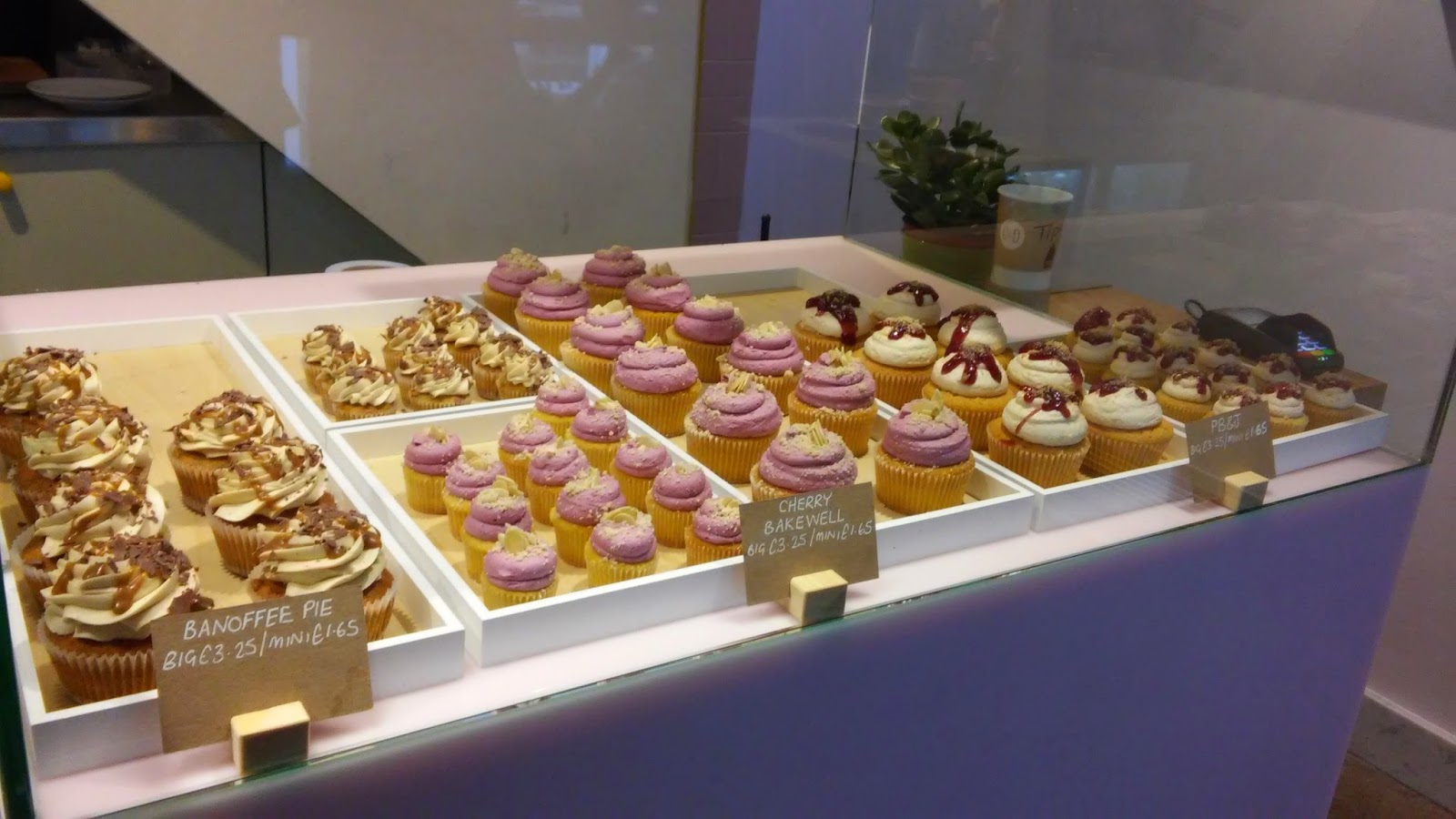 I could only eat so much so perhaps it was best that it made choosing much easier. I had particularly liked the looks of the cakes online, and the one in the shop sounded right up my street – chocolate and coffee – so I had a slice of that. I also got a mini banoffee cupcake so I could taste a range. It’s not cheap but it’s about the same price as the other bakeries I’ve mentioned. 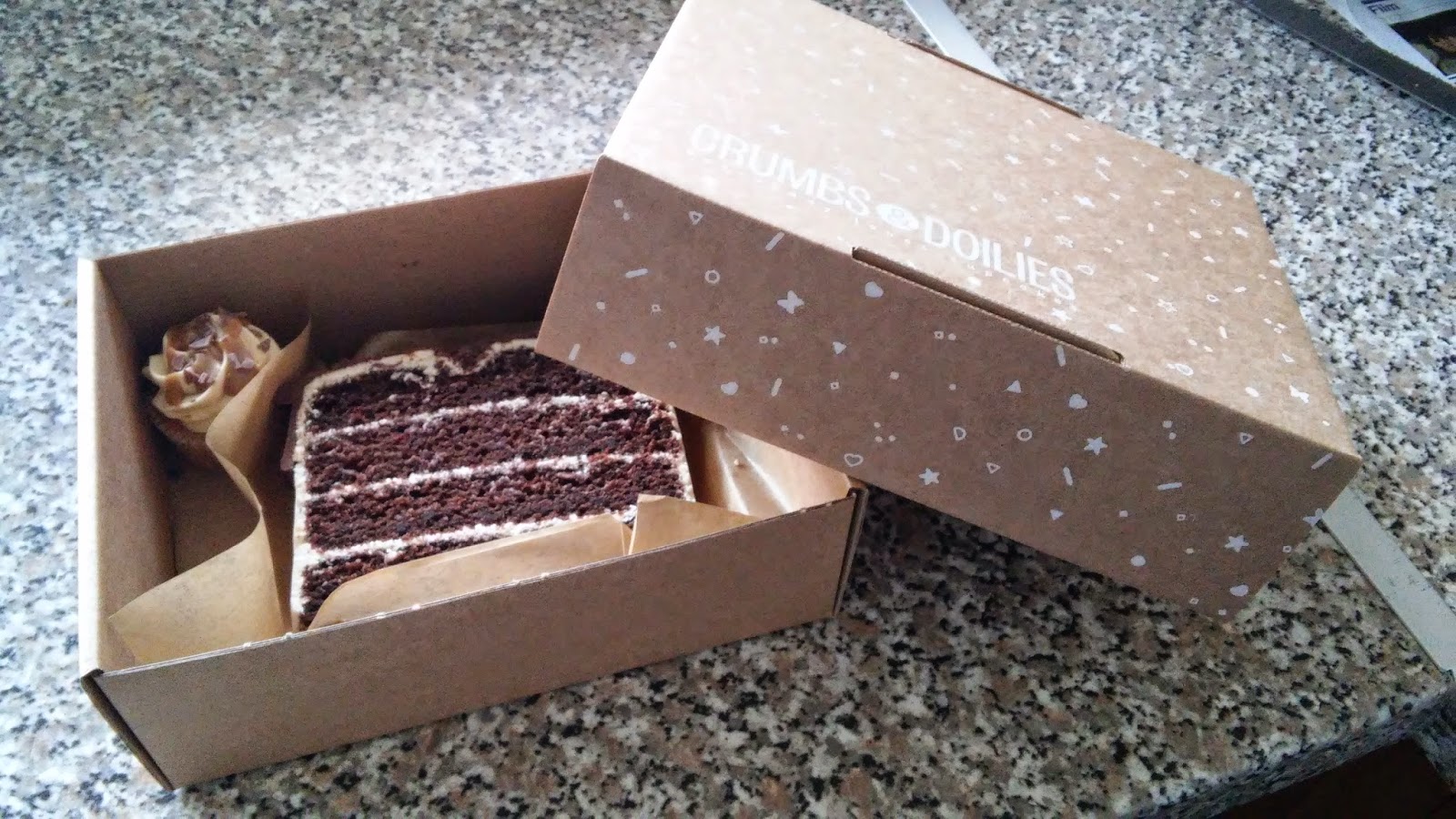 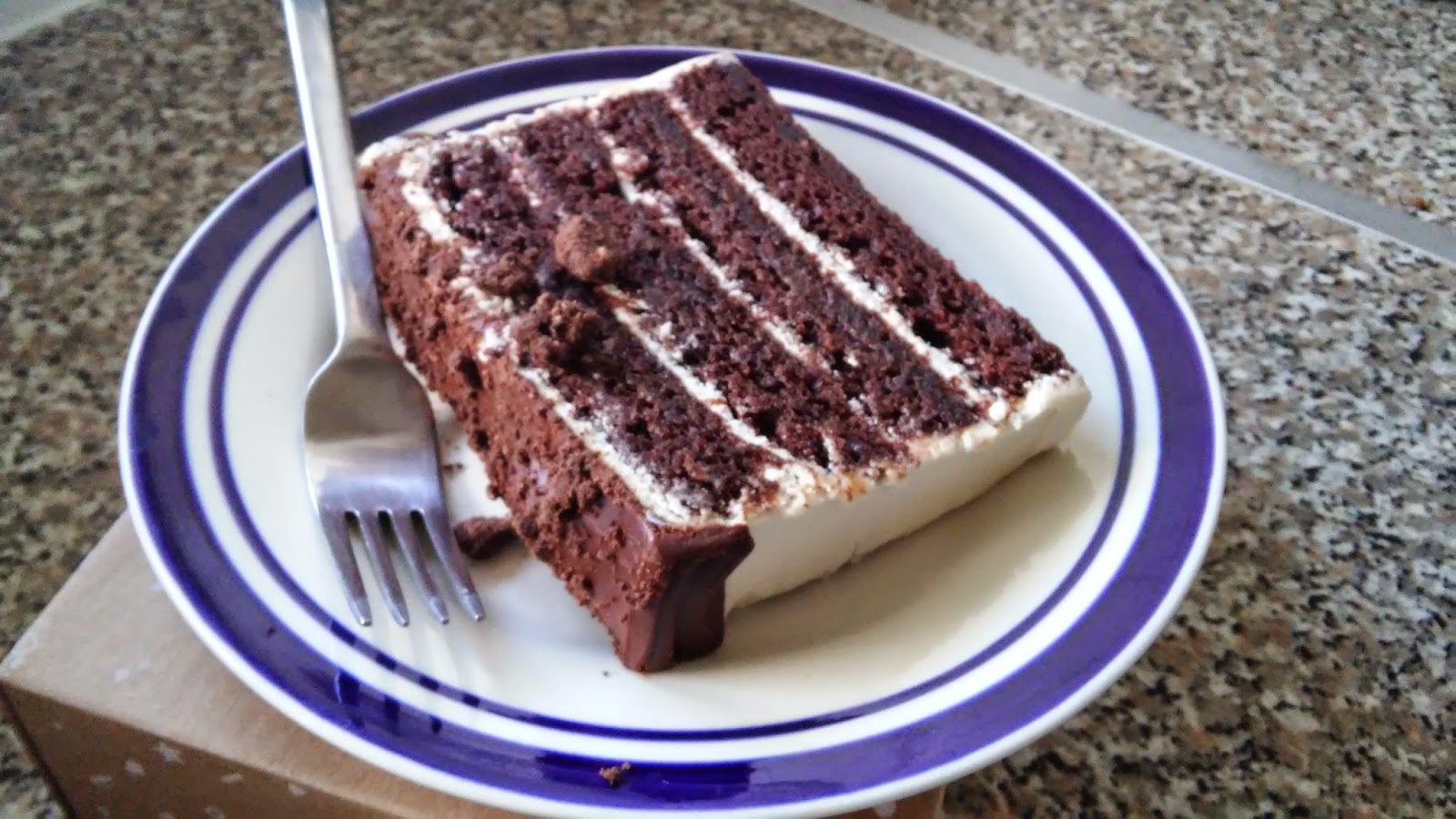 I was impressed with what I had. The slice of cake was light and not dry. I really liked the icing and the crunchy chocolate crumb on the top, though the dark chocolate icing was a little plasticky. A minor quibble. It was good enough for me to know this wouldn’t be my last visit.

I saved the mini cupcake for a dessert bite later on. For such a small cupcake it had a lot going on – a layer of toffee cake at the bottom, then a later of banana flavoured cake, with some fairly decent icing on top – not too thick and sickly, though not quite the American frosting that I favour. Good enough to tempt me back and see what they do with other flavours. They had your typical red velvet but also mint chocolate chip, cherry bakewell and peanut butter and jelly when I went, and when fellow bloggers Fresh and Fearless and Dancing in High Heels went they had a caramel pretzel cake, and offerings including rolo, coconut and raspberry and earl grey for their cupcakes! How am I going to resist going back almost immediately? 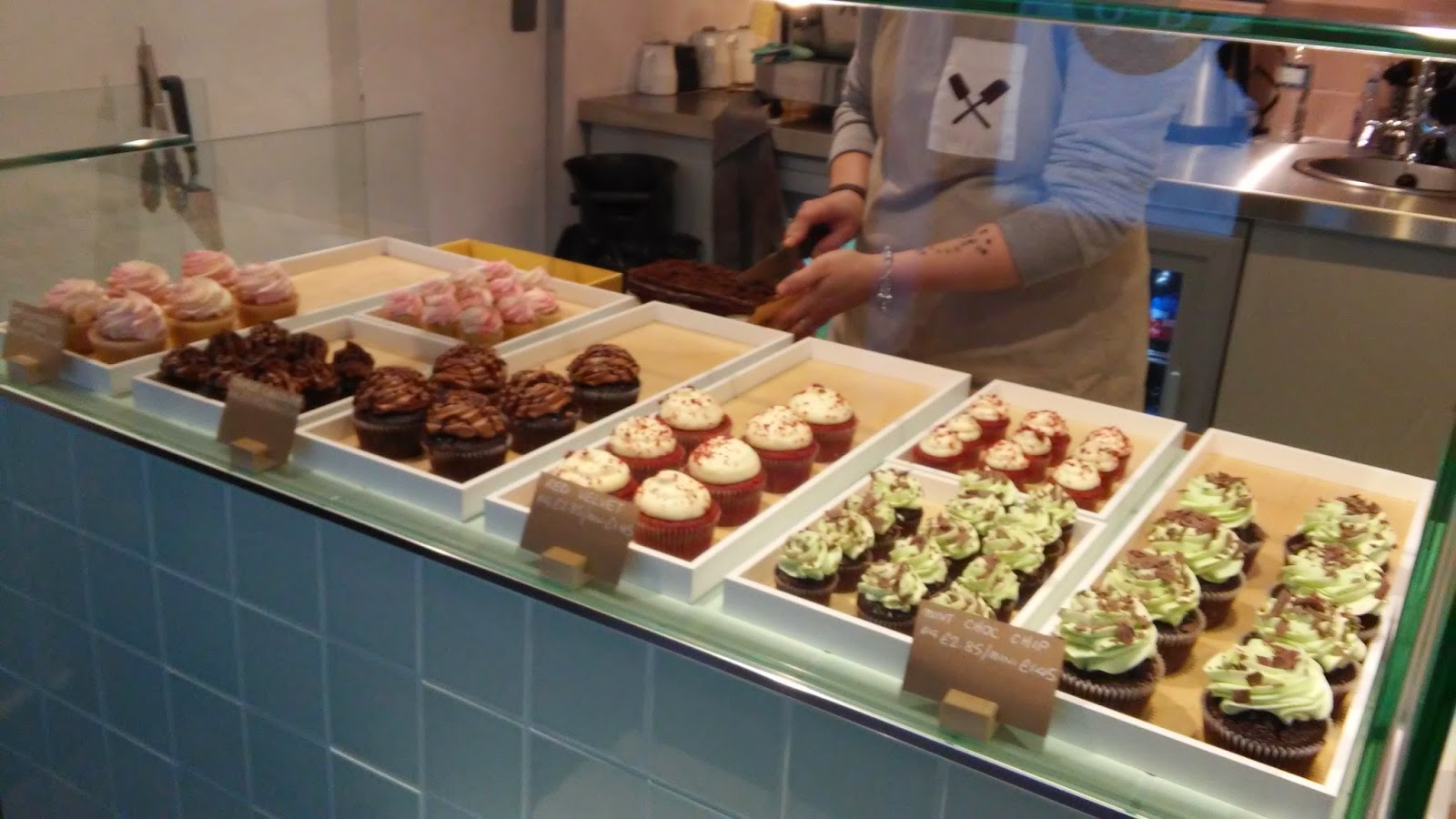 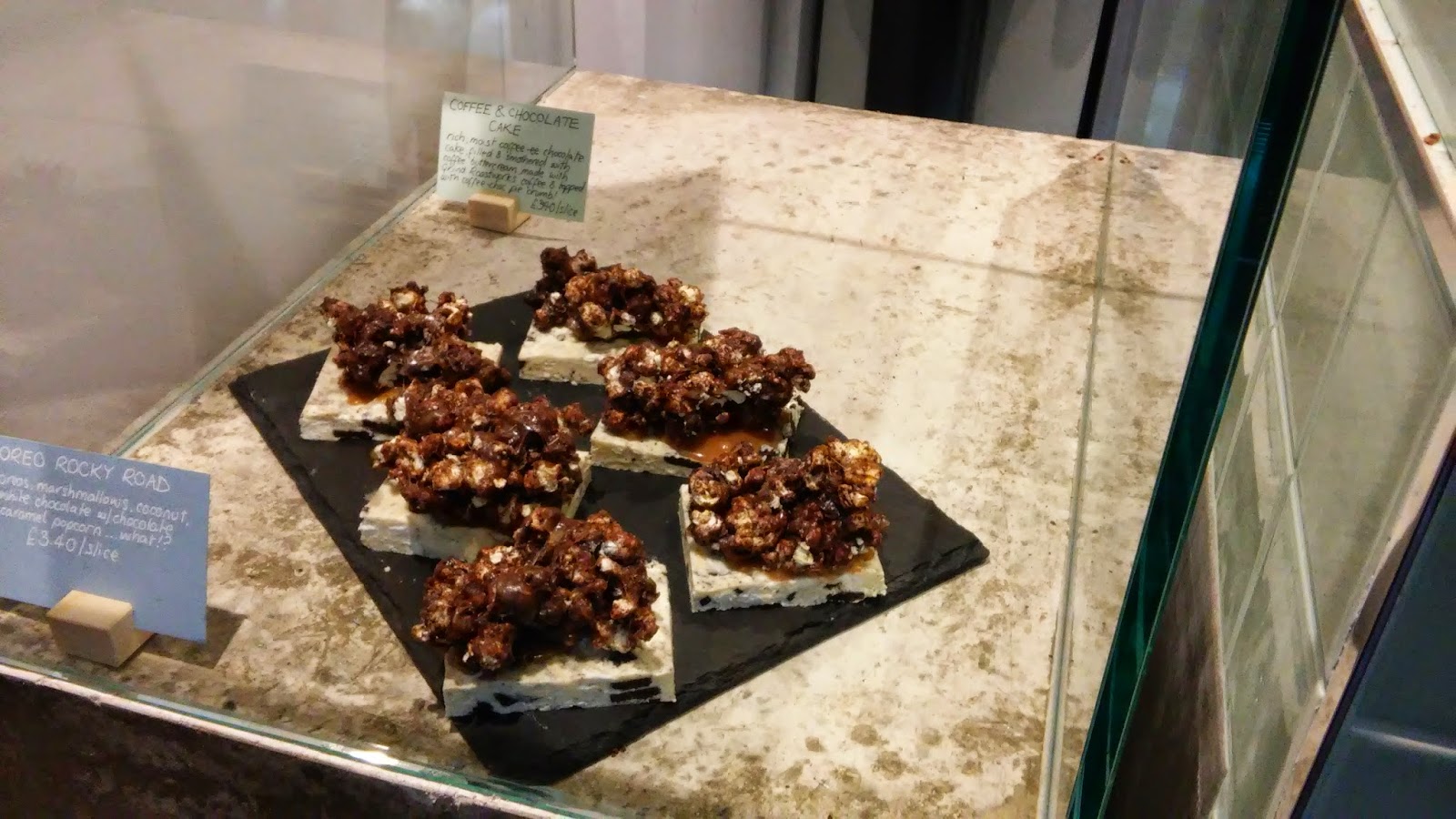 Posted by Ginglesnuff at 3:35 PM