Way back in May last year my best friend was looking for somewhere special to celebrate her birthday when the ideal place hit me – Chotto Matte. I’d heard a lot about it recently and its stylish bar and fusion food seemed ideally placed for something to eat with a group of friends and some drinks before and after. Unfortunately it was still relatively newly opened and it was fully booked for the night we wanted. And then I kind of forgot about it… 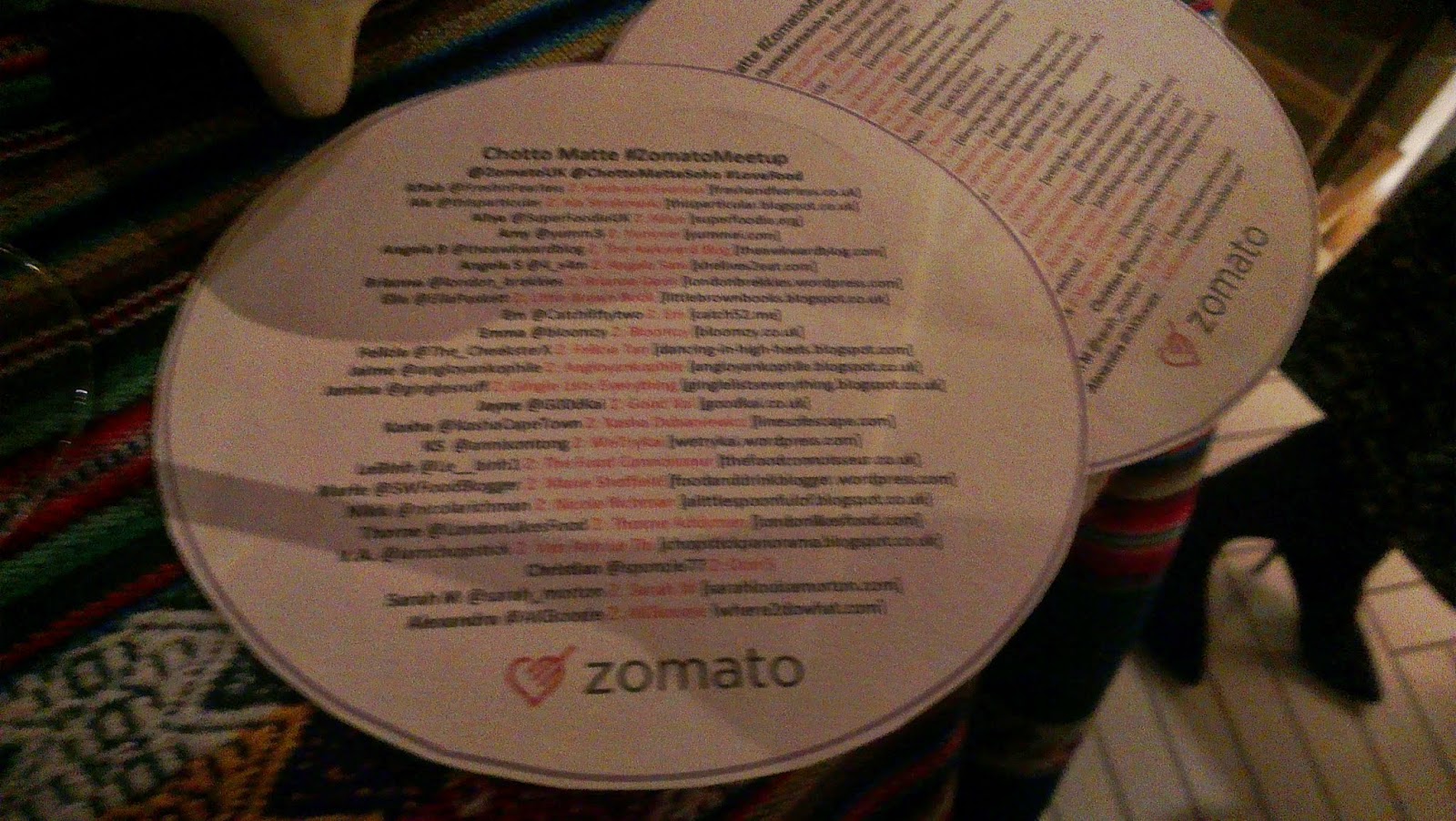 Cue Zomato doing one of their fabulously fun nights at Chotto Matte last month and inviting me along! I couldn’t refuse the chance to see what it was like after all, and even get a tour of the kitchen. I have to say, as someone who had never been in a professional kitchen before, this behind the scenes peek at the hum drum chaos of the kitchen was immense fun. There’s a fair bit of cooking that happens out in the open – upstairs there was a huge open grill blasting out heat where you can sit and watch the cooking take place (something you’ll probably enjoy in the winter more than the summer as it was just...so...hot). But it’s always fun to see what goes on behind closed doors, and see all the areas marked out for prep, plating etc, just like on MasterChef. 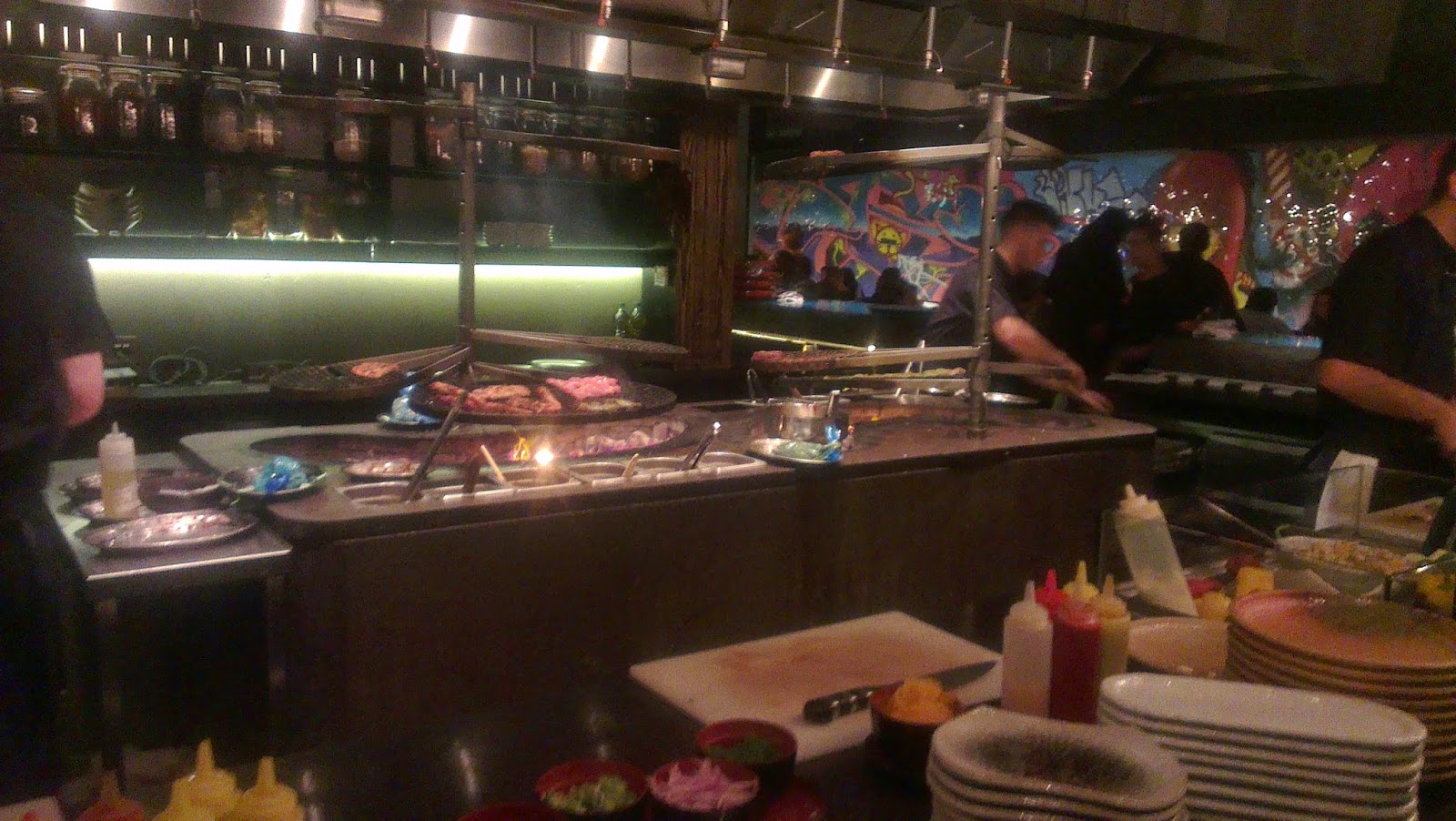 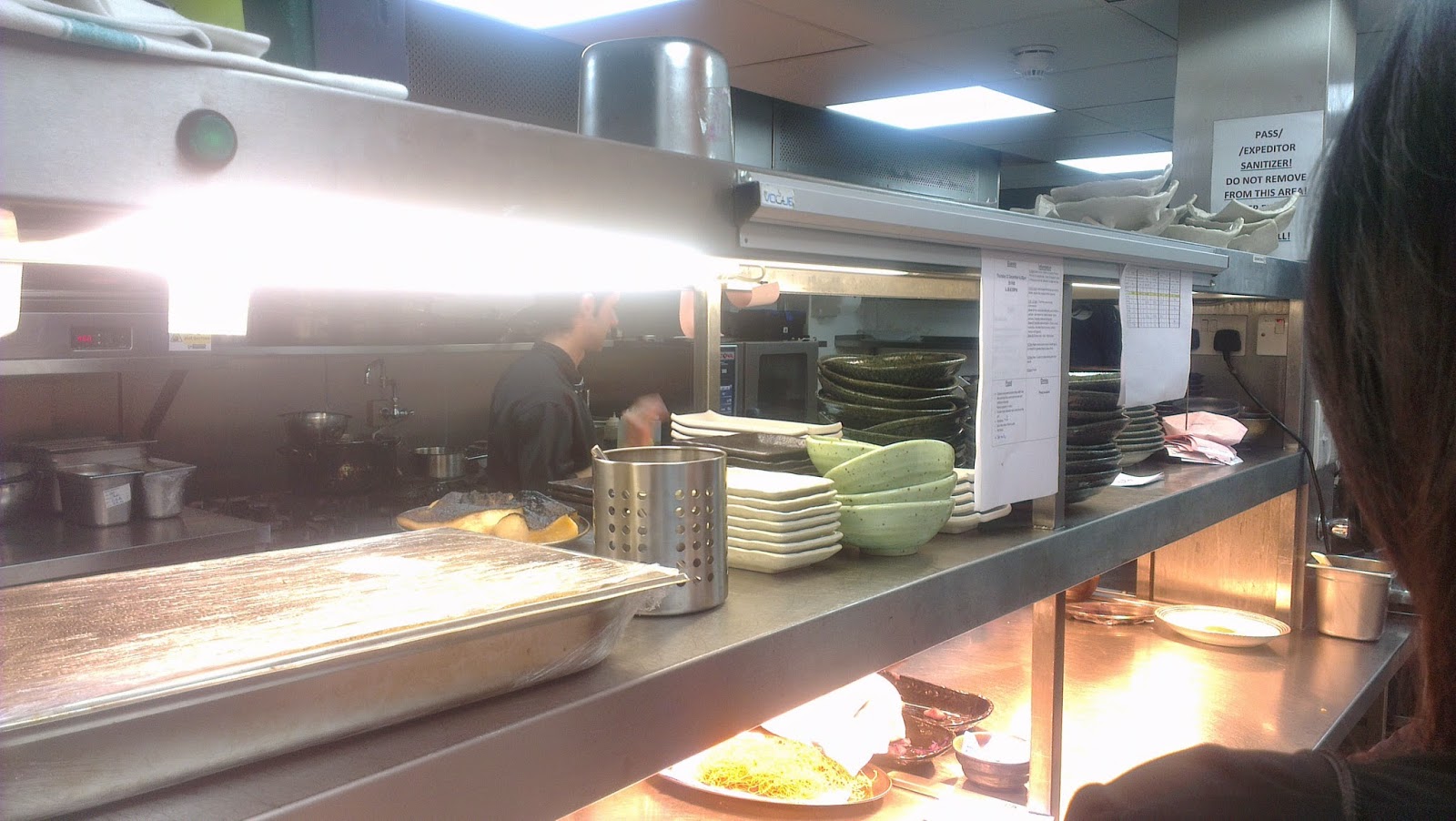 But that’s not to say the food and drinks weren't also delectable. Chotto Matte does Nikkei, a Peruvian Japanese fusion so there’s lot of sushi, and sushi-like dishes. The best example of this were the tostaditas. Basically they are the Nikkei version of tostadas, a bit like a Latin American pizza. Large corn tortillas were grilled to crisp and then topped with, for example, tuna and wasabi or stunning heritage tomatos. 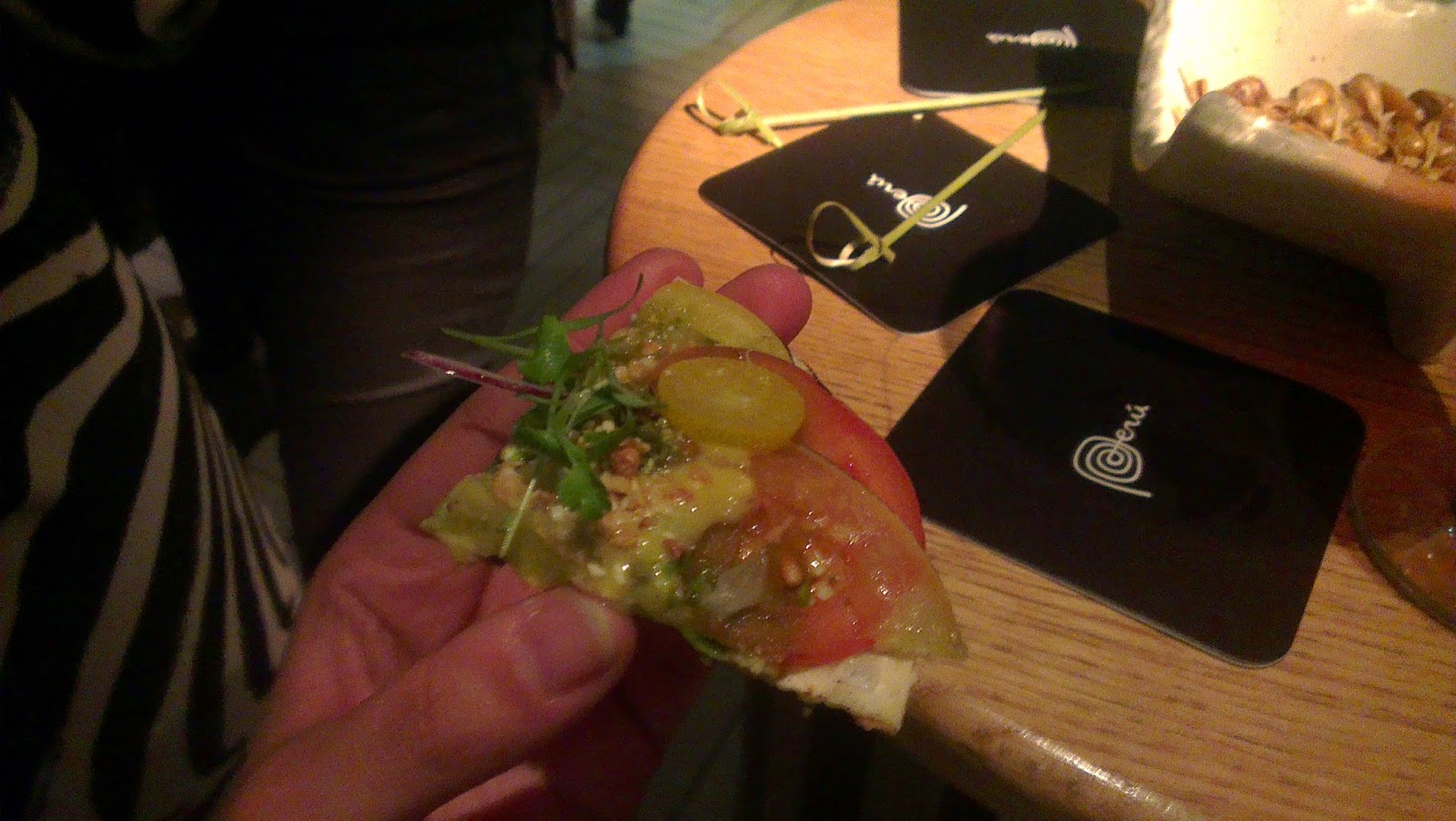 I also sampled a fabulous aubergine nigiri – aubergine topped with den miso and flamed, and I also got a spoon of the Nikkei sashimi – yellowtail, yuzu truffle soy, purple potato crisps, jalapeno coriander, cherry tomato. What a symphony of fresh taste! 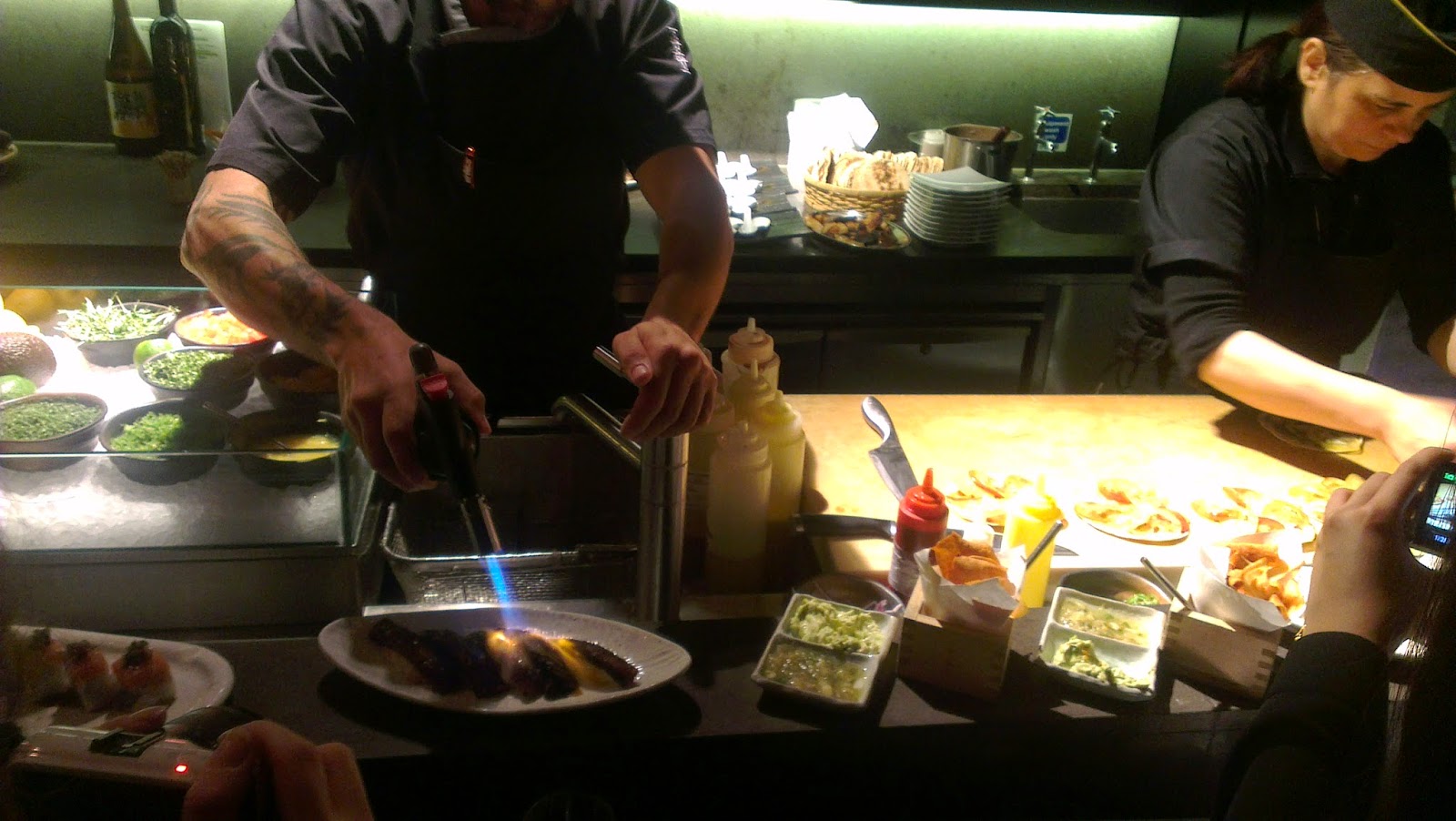 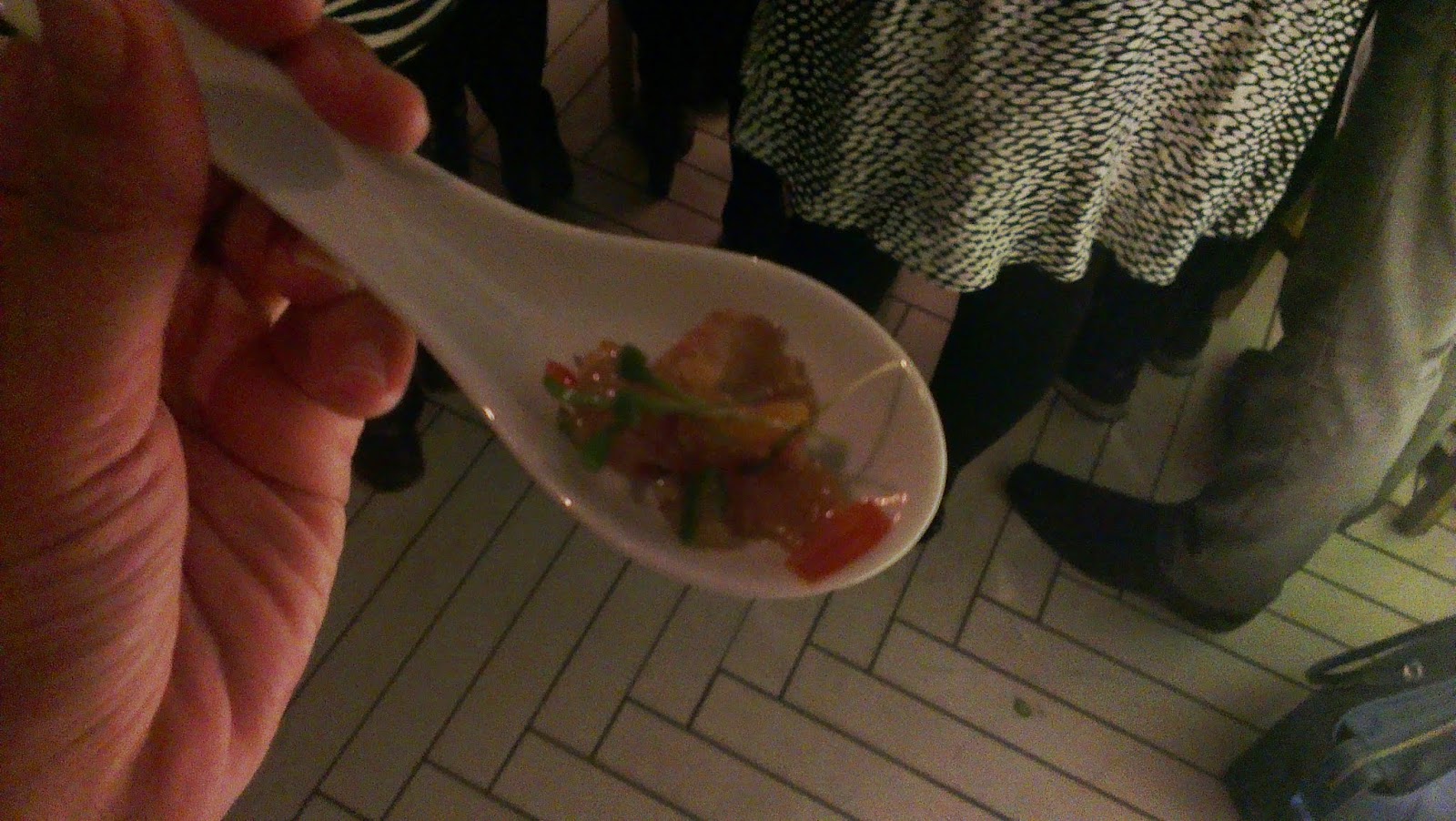 Unfortunately, I wasn’t quite savvy enough to position myself where the food was being prepared and so one taste of each is all I managed, and I missed out on the padron peppers and sato maki – sea bass, salmon, asparagus, and peppers, and judging from the other dishes I did indeed miss out. But my one taste of the others was enough to know this was some high end, classy food.

I managed to get my share of the drinks circulating though. First, a drink I’d heard a lot about but hadn’t yet tried – pisco sours. Pisco is a brandy-type drink and the sour is made with lime, sugar and egg white plus Peruvian bitters which gives it a creamy texture with a froth on top. Sharp but sweet, I could drink a lot of those. 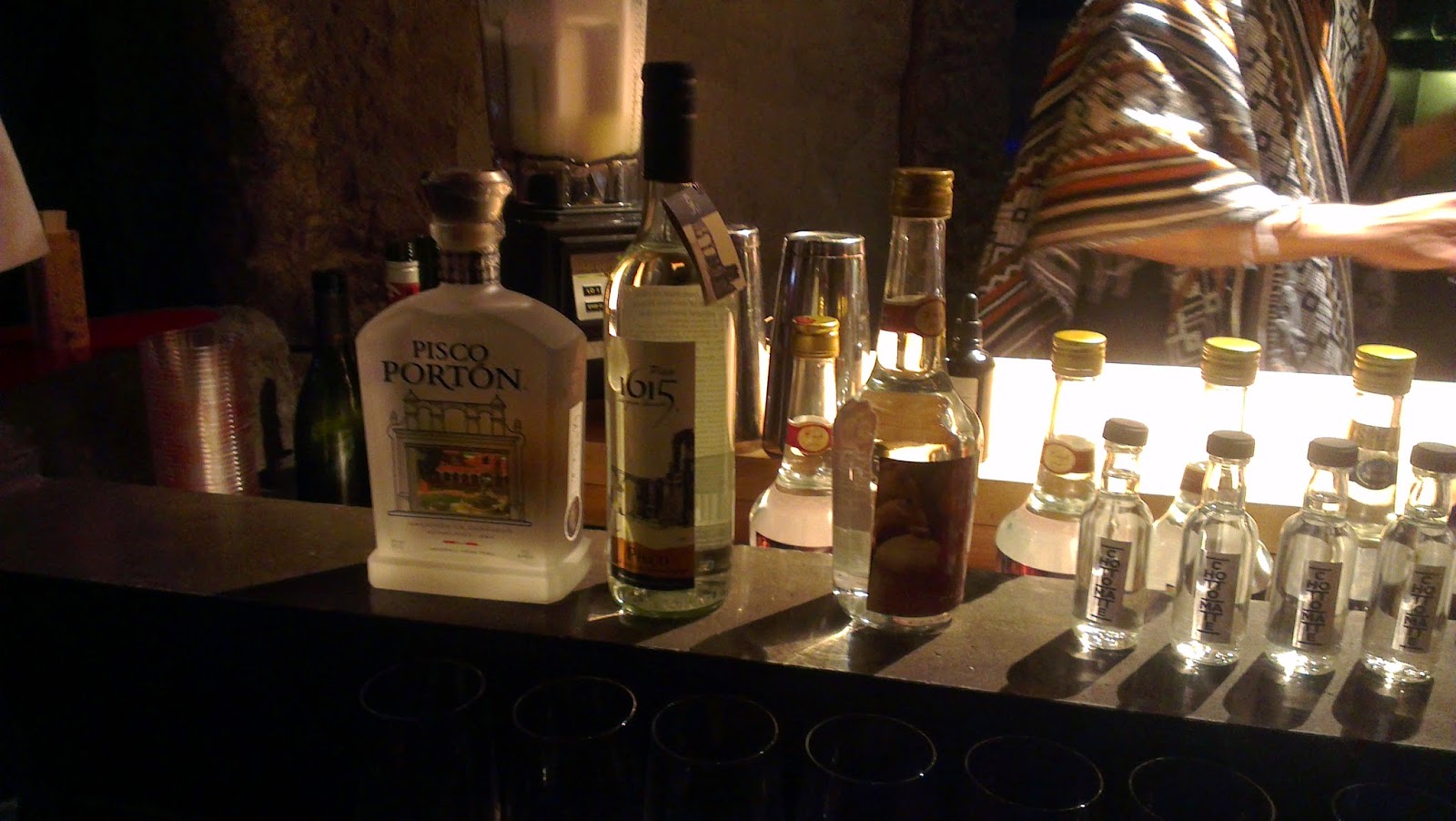 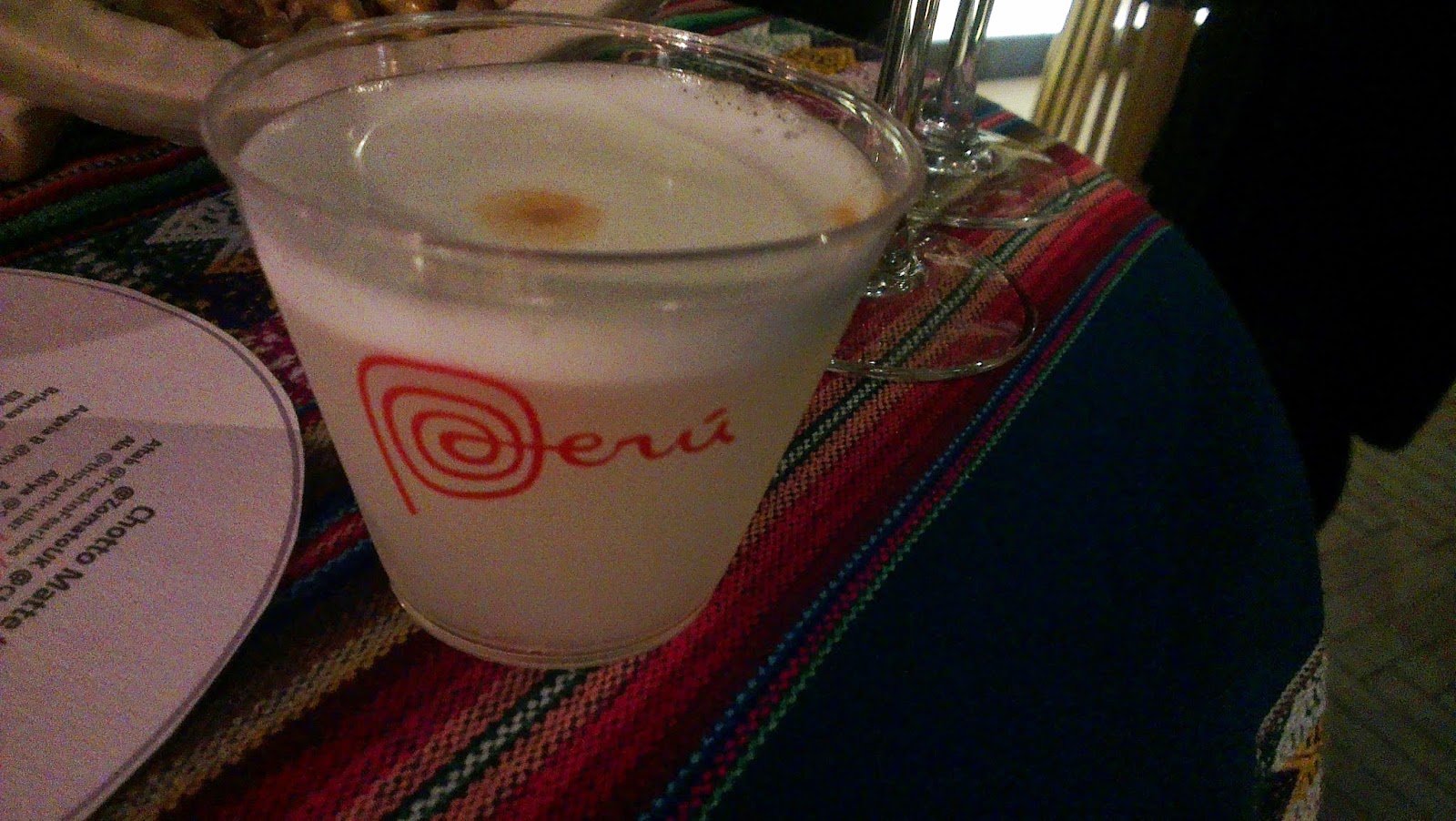 This was quickly followed by a Cuatro Uvas - Pisco, sake, elderflower, red grapes, lime & celery bitters. This was a a short, strong but fruity drink that I really liked. The next one I had was a chicano de tonka which combined pisco (there was a lot of this) with cucumber, lime, tonka bitters and ginger beer. Normally I like drinks with ginger a lot but this was my least favourite, reminding me more of a mojito than anything else. Our last drink was Perfecto Amor – an aged drink fortified with Pisco which was like a lighter, less cloying port. That was quite beautiful to drink. 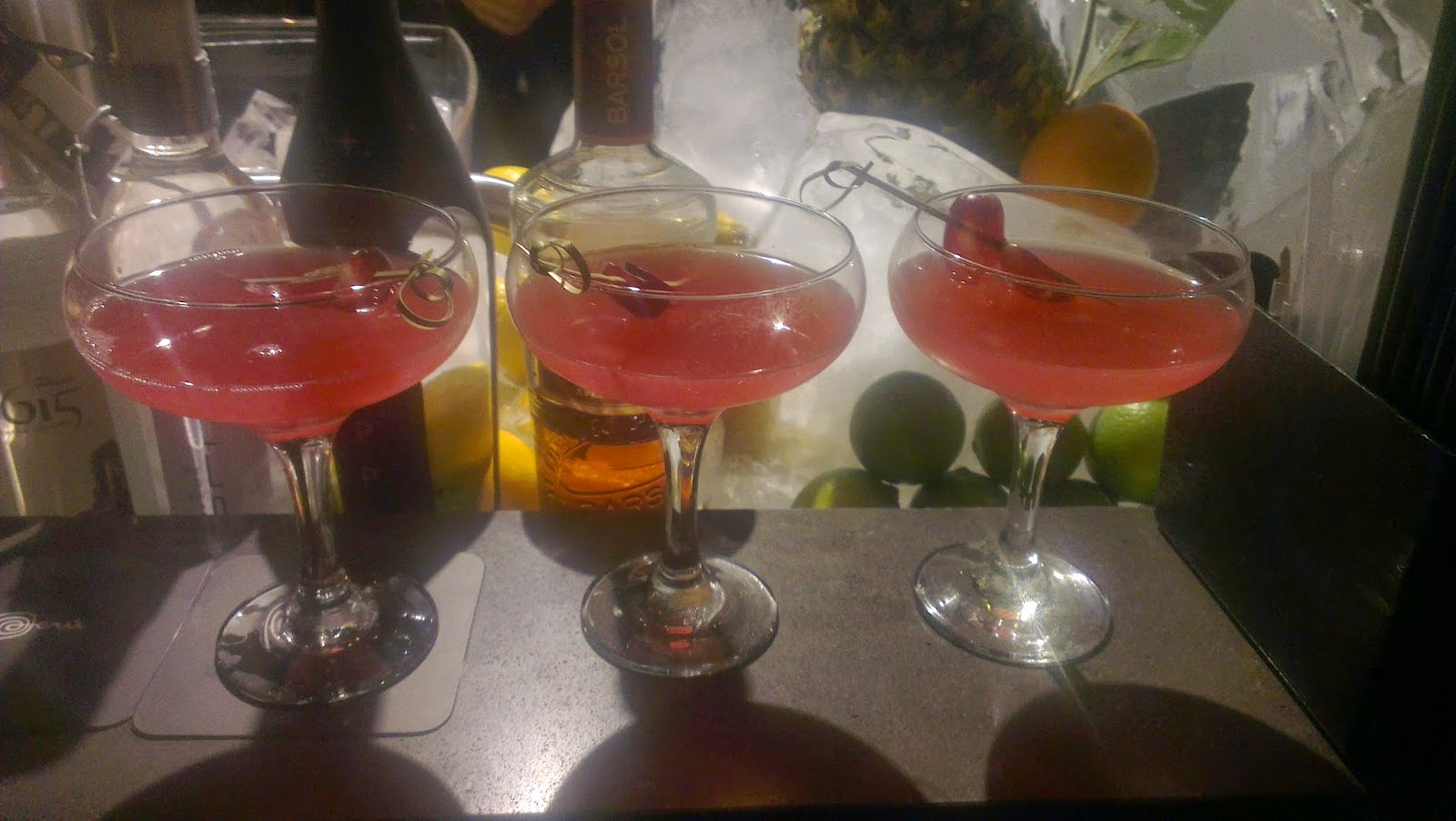 And, dotted around, were bowls of ‘corn nuts’ as I know them (giant corn I believe is what it gets called in the UK), or ‘canchas’ officially. Crunchy corn kernels that are just SO moreish. They also had some sweet potato and cassava chips with some very delicious guacamole to snack on of which I managed to get a couple of.

As usual, I met so many fellow bloggers I may not have otherwise even heard of, let alone met face to face. And I even got to don the poncho our bar tender had been showing off. Sadly, I didn’t unleash my naughty side and ‘borrow’ it from Chotto Matte as I was off to another event (my own Meetup) straight after. That was the Little Yellow Door which probably wasn’t worth leaving for (see next post)…

Posted by Ginglesnuff at 3:00 PM