The final stop in my quest for soupy dumplings in London was Yum Cha, an age old recommendation from Secret London on Twitter, back when they still did that. Previously I've had good ones at leong's Legens but I wanted to see how these would fare in comparison so we popped there for dinner before the St vincent gig at the Roundhouse. The place is so well known for its dim sum that it serves it all day. luckily for us,

Despite its looks from the outside, this is no cheapo skanky place down an alley in Chinatown. It is tastefully decorated, warm and inviting, even though some of the staff are decidedly less so.

I was here with the sole intent on having soupy dumplings but they don't make a whole meal so we had a few other bits and pieces too. To my great surprise Stephen had never had shredded duck with pancakes so we got some of those. You can never go wrong with this really and it was a tasty and generous portion of duck with just the right amount of pancakes and trimmings. 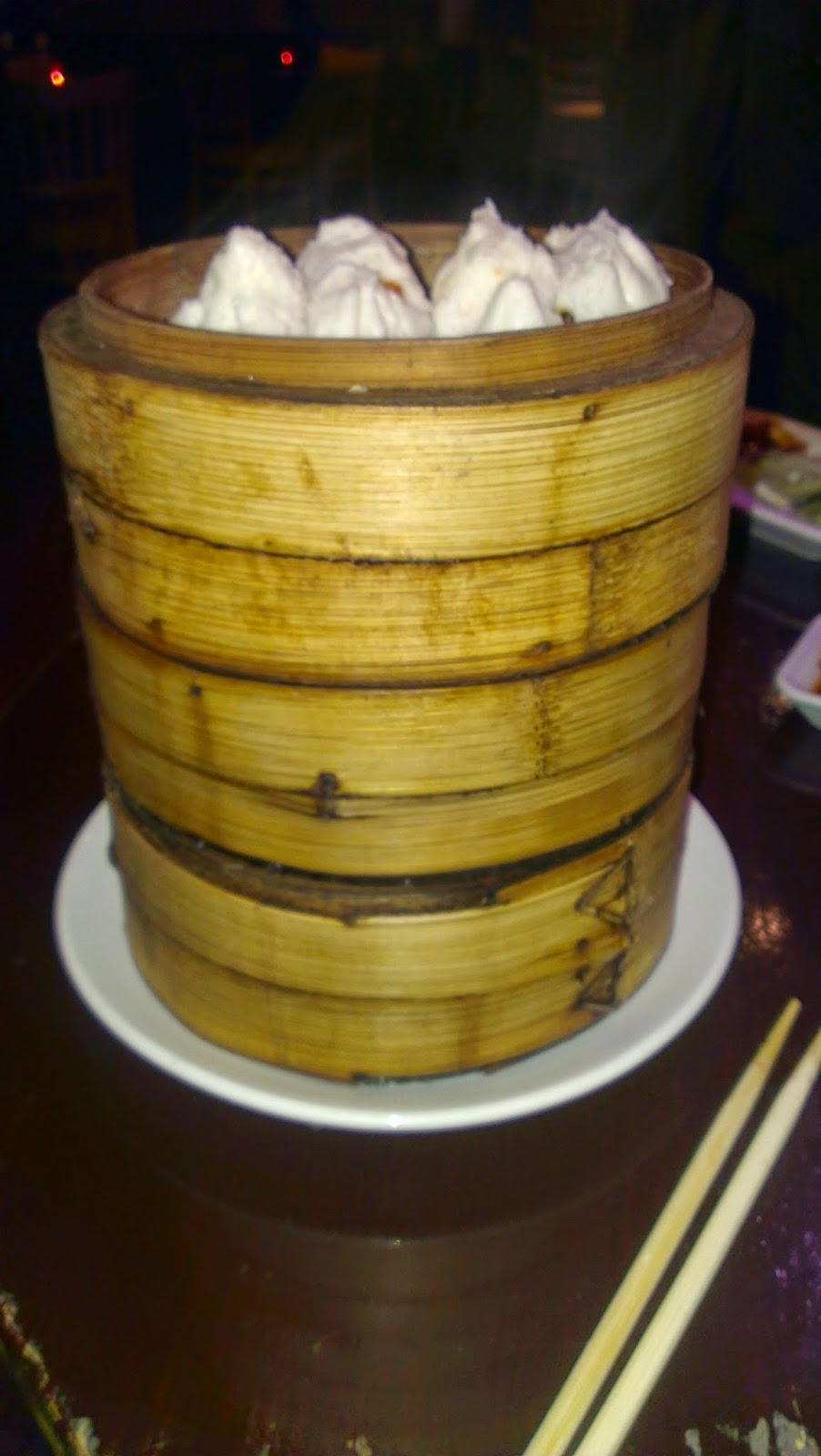 Our dim sum arrived in a stack of steamers. We had a perfectly tasty honey roast pork bun each. Nothing wrong with these two dishes but they were pretty much what you could get in any average Chinese restaurant. 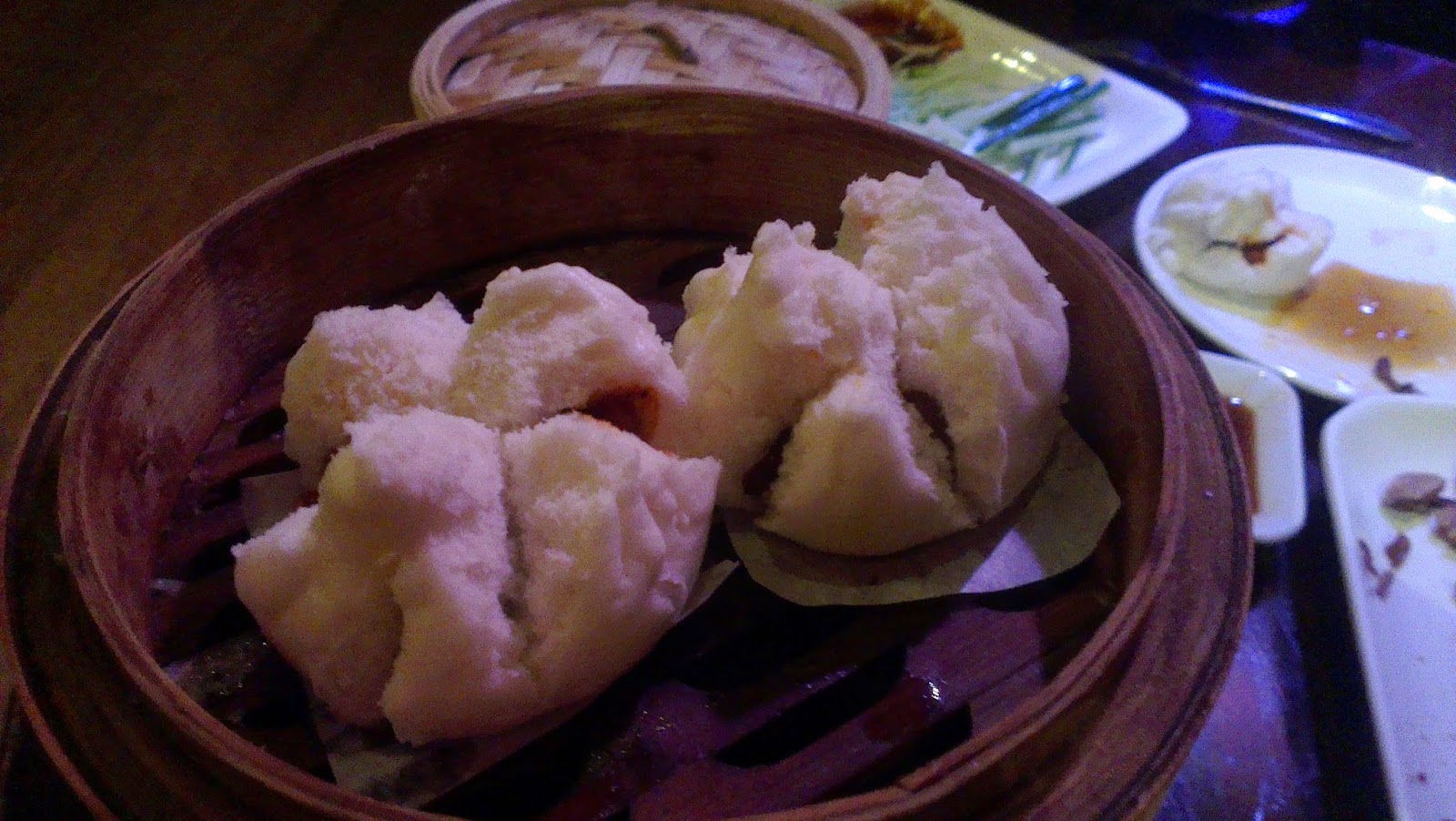 The soupy dumplings were served, unusually, without spoons, making me think there wasn't much soup inside them, and sadly lost quite a lot of it when I bit into one of the dumplings. I didn't make that mistake again and was pleasantly surprised by the amount of broth (and the fact that it didn't burn your mouth). I did miss the ritual of pouring the soup out but they were very tasty. 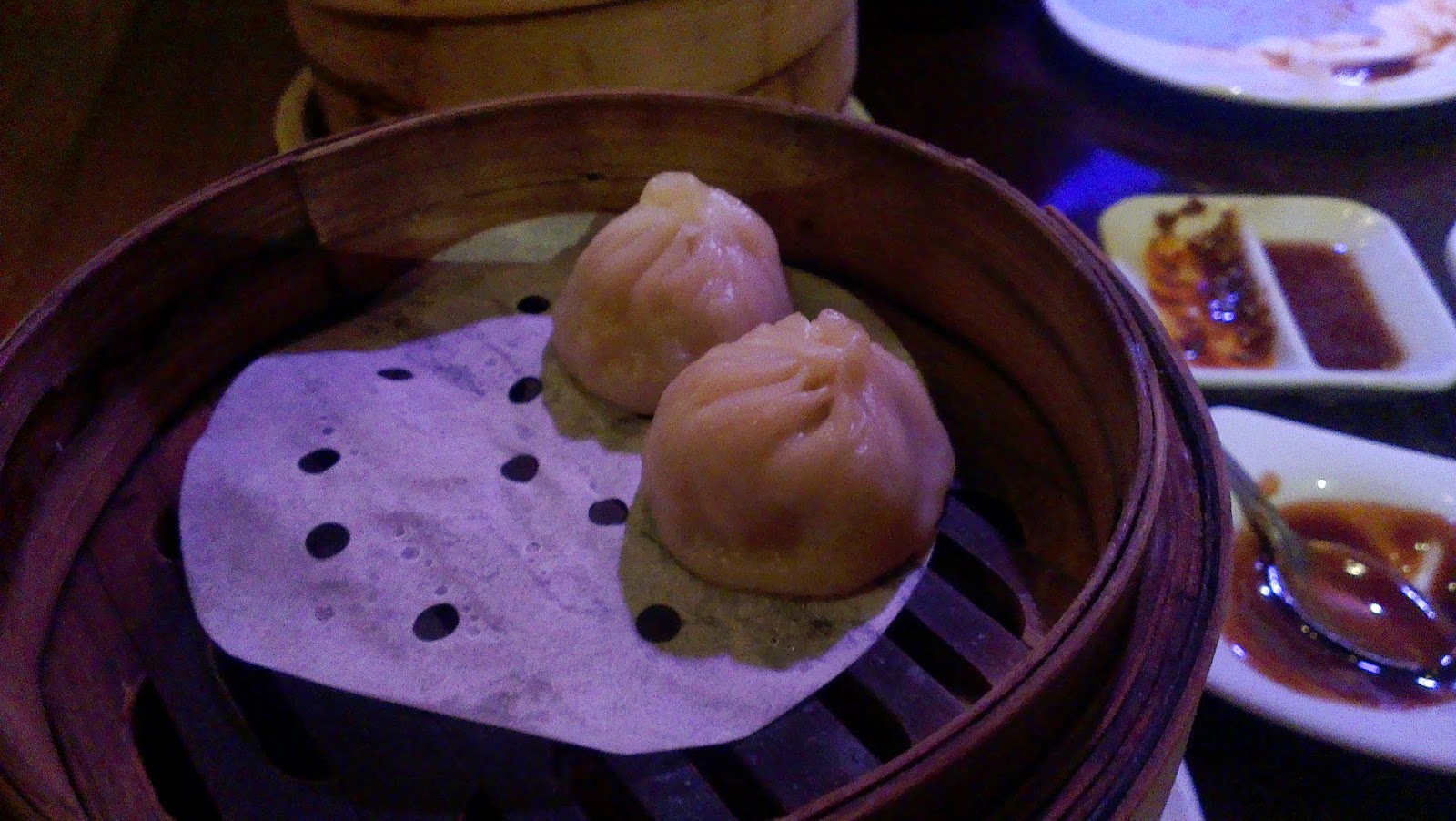 Even better were our szechuan minced pork and peanut dumplings. Absolutely divine, we wished we were smart enough to keep the sauce they came in to dip our other bits into. Salty, spicy, deeply flavoured. I'd love to duck in here on a cold day for a couple of servings of these. 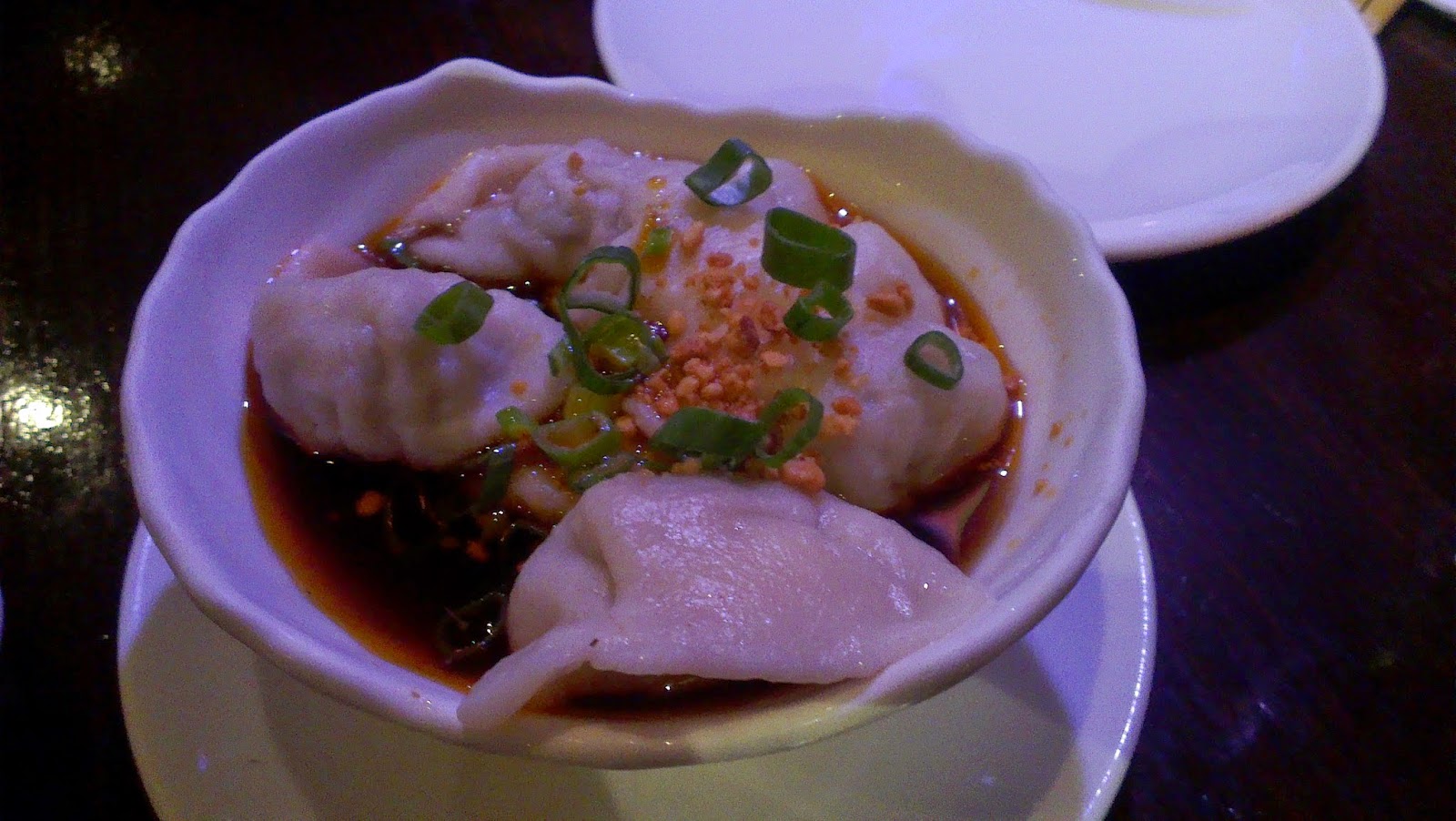 I don't know why we do it, but for some reason we decided to order something a little different - 'ribs' from the steamed dim sum menu. Had we given it more thought I think we would have realised that steamed ribs weren't going to be to our taste. The bones were cut into little chunks on the bone and steamed, meaning you had to chew off the mushy meat from off the bone. It wasn't a pleasant texture at all and a total bummer to end the meal on. 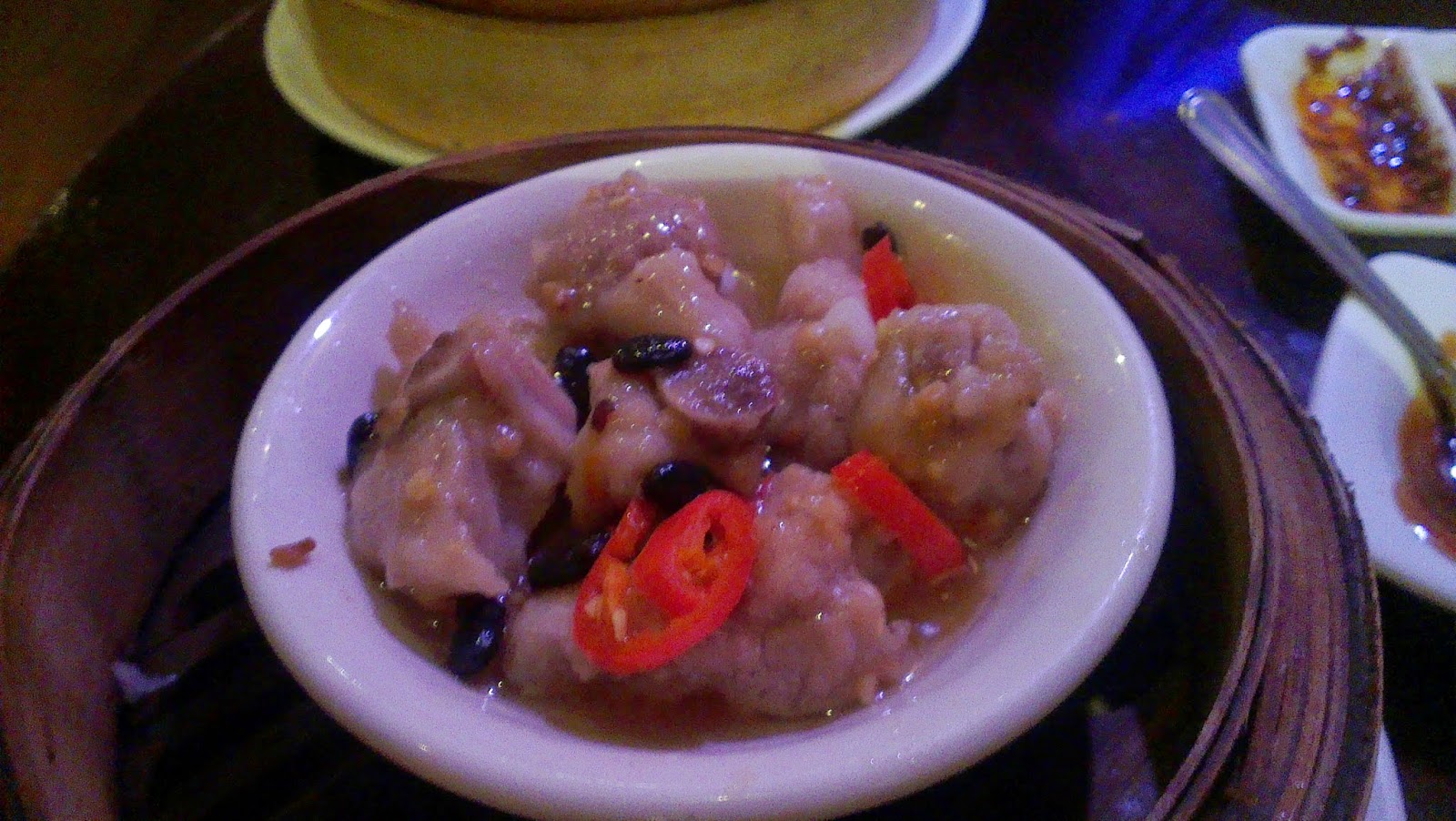 Our dishes were in the 4-5 pounds range, except for the duck whic was a bit more, as it always is. Five dishes got us nicely full for the evening so we ended up paying about 15 quid each for dinner with drinks. Bargain!

Posted by Ginglesnuff at 9:08 PM