That must have been one of the most average meals I’ve had in a long while. My ‘jerk chicken’ burger was incredibly basic, the scotch bonnet garlic mayo having nothing scotchy or garlicky about it, except that it was a slightly pale pink. The chicken had no discernible jerk flavour at all. I decided to get a veggie patty with it instead of a traditional side. This also came with scotch bonnet mayo which again had no heat whatsoever. The actual patty had more spice than the mayo and good flavour but it was pretty soft and squidgy which I wasn’t expecting. I thought the casing would have some bite to it. 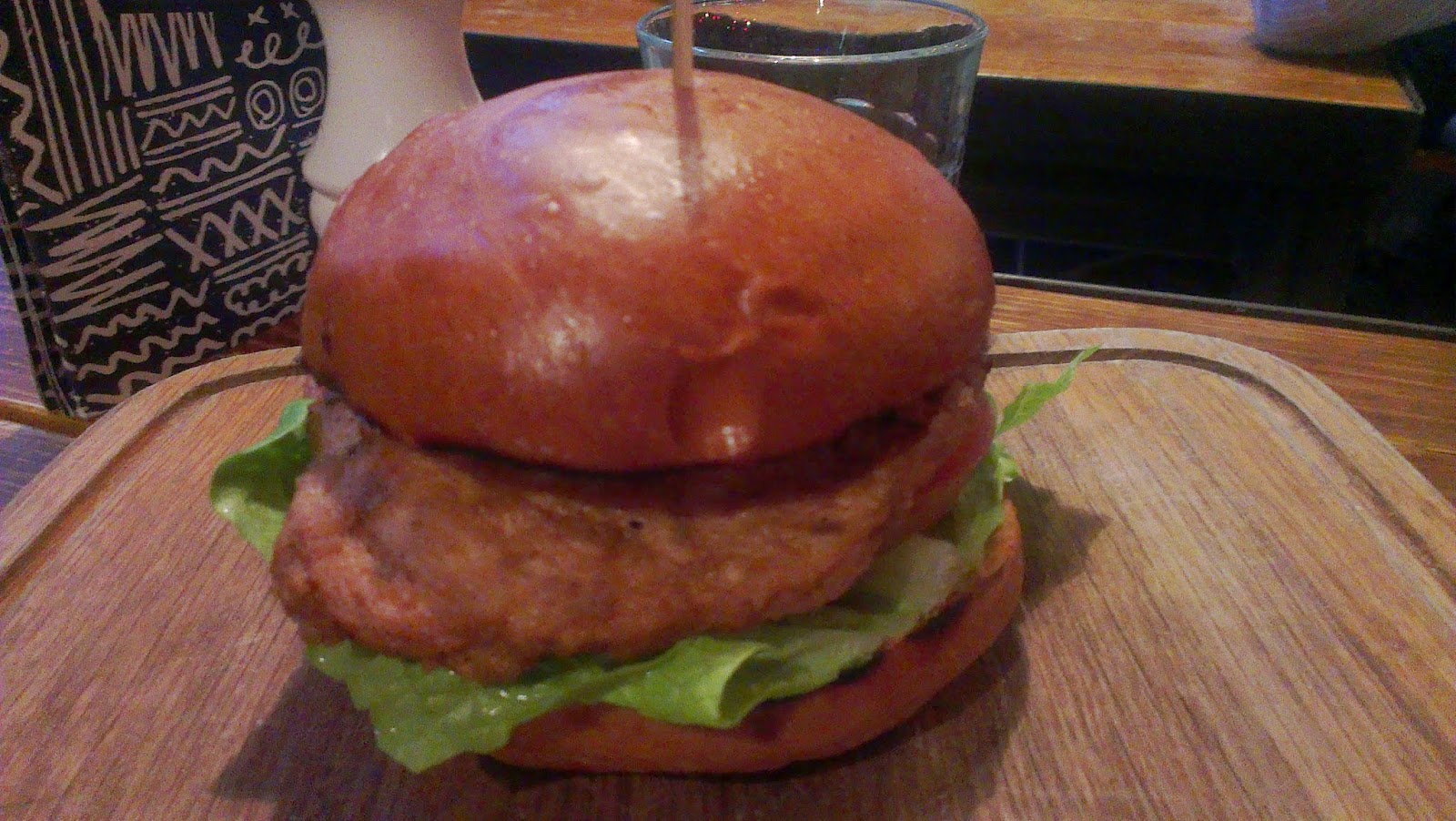 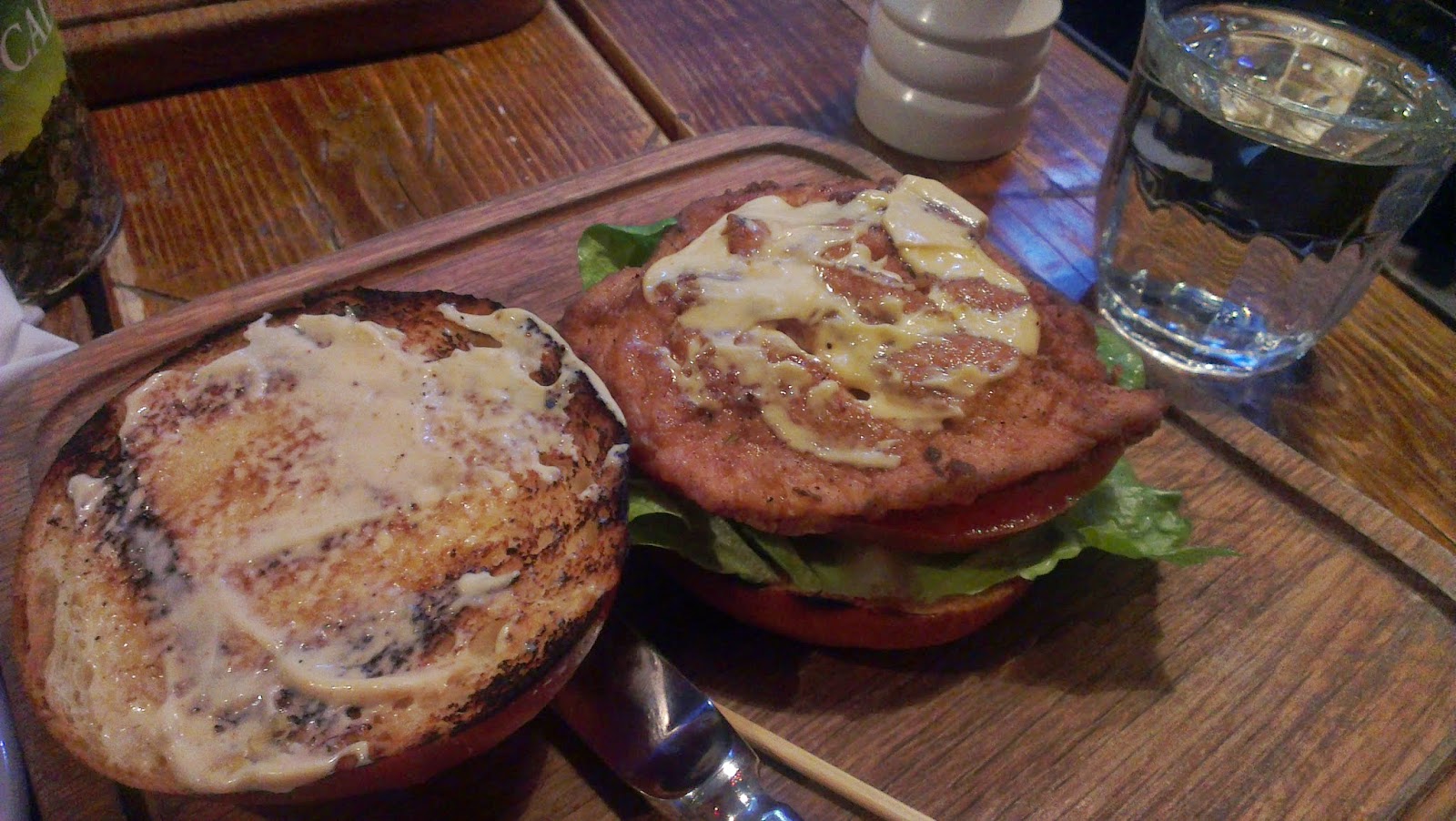 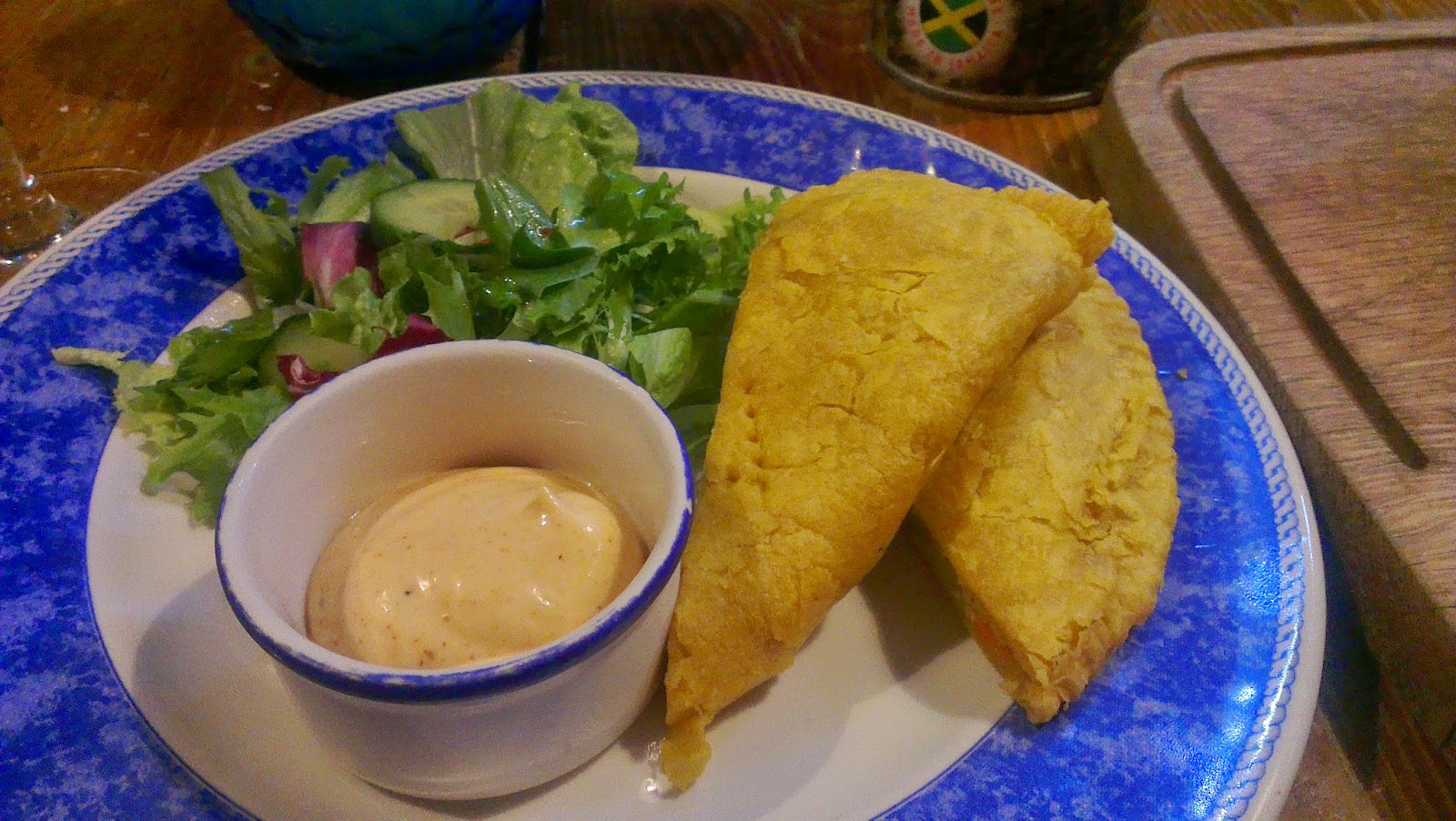 My friend also had the chicken burger but she got sweet potato fries and they were, admittedly, nice and crispy on the outside and very moreish.

The only saving grace to this place was the fact that they had a happy hour on until 7, and the cocktails were only £5. I had two of their Alligator wines, a sangria-like drink made with rum and red wine, and my friend had one of these and a Santa Teresa Daiquiri. They were too easy to drink – tasty but light on the alcohol I suspected. 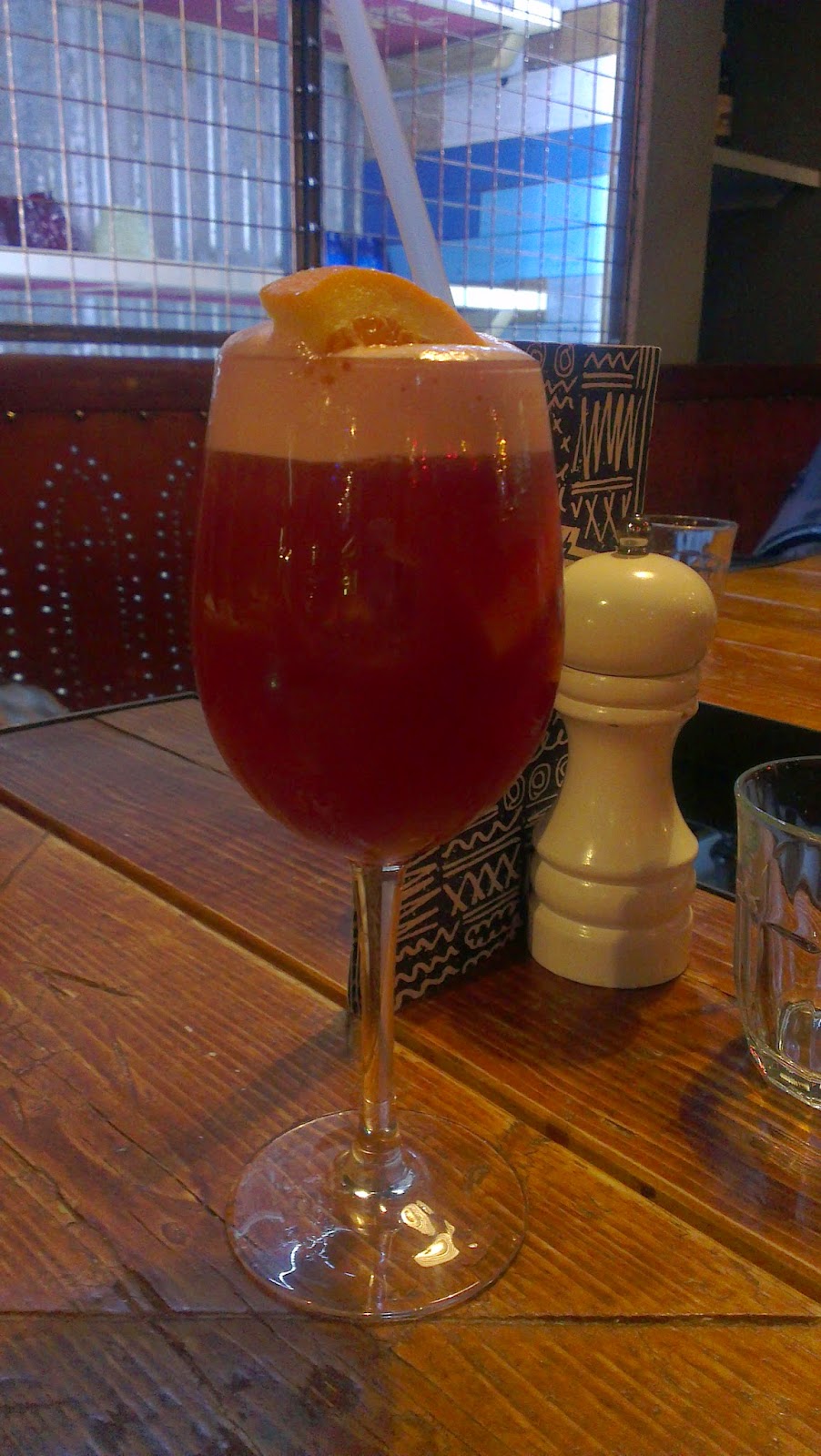 I think I had read a few reviews which got me really excited about this place but the reality was mundanity. I got a glimpse of the other dishes as we left – the mutton curry and the jerk chicken plate. Neither of them made me wish I’d ordered those instead. However, I must admit, the people next to us had ribs and wings and they enflamed food envy within me. I assumed a place that was Jamaican themed would do better on things that were Jamaican but perhaps the ‘cue is the way to go here.

Posted by Ginglesnuff at 2:07 PM