Decompression is not really a clubnight and if you think of it as such you might not get the most out of it. What it is, is an opportunity for ‘Burners’ (people who go to Burning Man) and people who go to the European equivalent, Nowhere, to come together and ‘decompress’ after these events. To somewhat soothe their re-entry into everyday life after the experience that is these festivals. Now, I have never been to Burning Man or Nowhere so I don’t know how hard this would be, but luckily Decompression is open to anyone who is quick enough to buy a ticket and if you've ever thought you'd like to go to Burning Man, then you'd appreciate this night.

Everything is run by volunteers. I mean everything - the lighting, the staff and the decor. And all of the acts and music and DJs are provided by volunteers who also have to buy a ticket if they want to be there. Everyone is in it together – there are no freebies.

Which means that the quality of performance isn’t necessarily going to be the same as a professionally-run event where performers are paid for their time. But what it lacks in quality, the night more than made up for in terms of variety, and in love! Honestly, the type of people that go to this are some of the best in London and this is why I had such a good time. It started when we arrived. We had to wade through blue plastic curtains where ‘greeters’ grabbed us and hugged us enthusiastically, welcoming us to Decompression with phrases like ‘I’m so glad you could make it!’ and ‘How long has it been? So good to see you!’. If that doesn’t put a smile on your face I don’t know what will.

And so it continued – everyone you chatted to was smiley and friendly and every conversation I had ended with a hug if not also a kiss on the lips! Group love everyone.

There’s no dress code but it attracts a creative crowd so you’re free to express yourself however you want. Colour, glitter, nudity – whatever your style dictates you can flaunt it here.
This year’s was held in the Coronet because it is so popular and it was a sell out. They made full use of all of the rooms. In the main arena there was a steady diet of different acts – Legs Akimbo had their Church there, we had a live samba percussion band (they were amazing) and some poy/light performances. Upstairs there was a bit of cabaret/burlesque going on in Murkin Wood which was quite fun (and weird - a head served in a McDs box ordered her gimp around in one act). There was a gameshow in one of the siderooms – a version of Blockbusters except, of course, all the letters stood for rude words - so it was called Cockbusters. I had never heard of wolfbagging before this and must admit, my life was probably all the better for that. 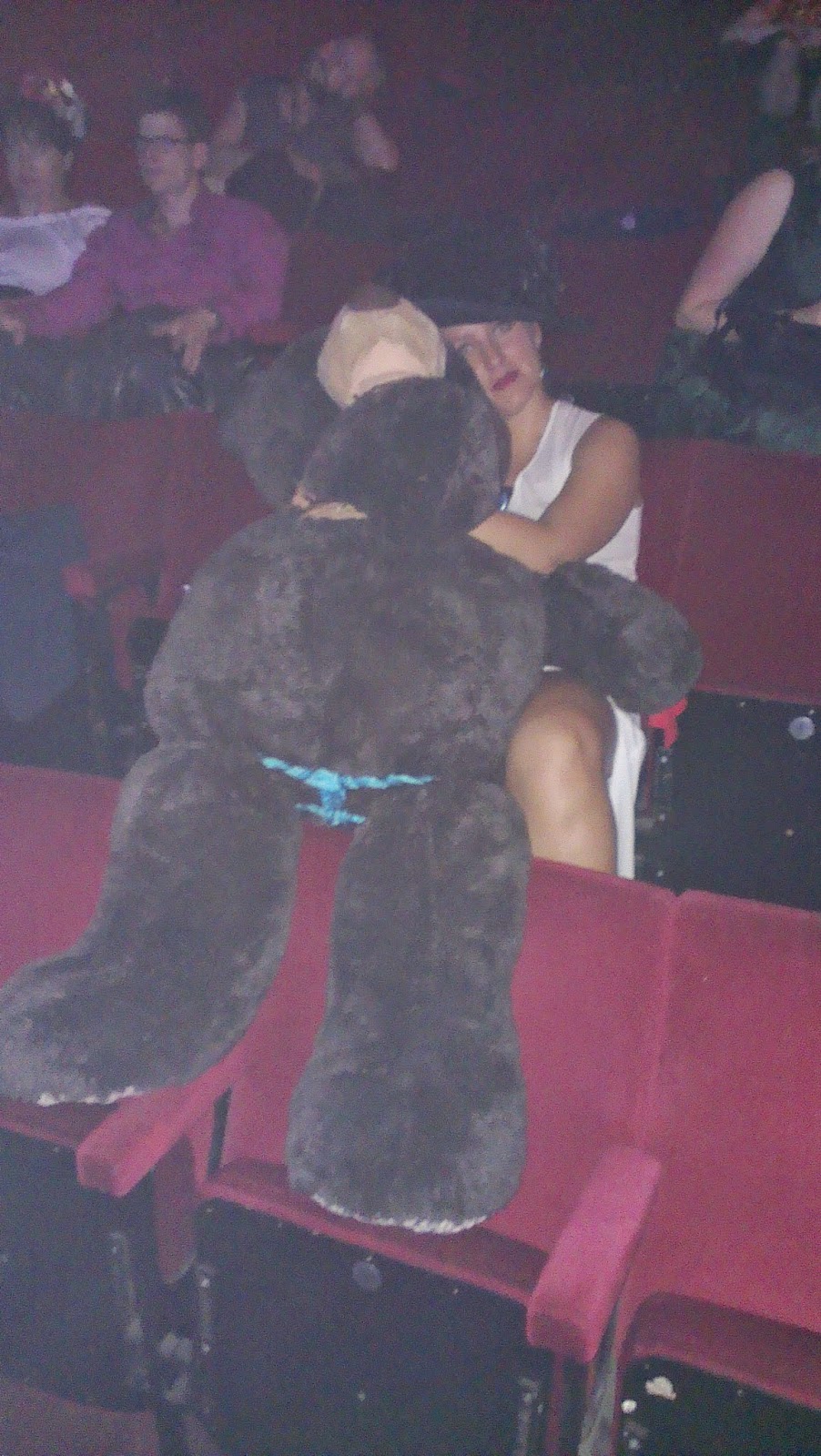 They had an acoustic room (a bit too cheesy for my liking) and a teddy bear’s picnic up at the top where you could get your face painted and snuggle a giant teddy while watching the main stage. And there were things going on all over the place on a smaller scale. While trying to find my friends I stumbled on a little table where you could sign up to have a ‘meal’ with someone else. I sat down and had a two courses – the first my fellow diner chose. I had only just met her. We chose the finger touch. We closed our eyes and touched fingers and wiggled them around for a bit. For our main course I made the selection and I chose a short massage, which I gave to her. Then someone started giving me one and before I knew it there were at least seven people standing in a massage static conga line.

The music varied with the acts and I know I missed out on the full range as I didn’t explore as much as some of my other friends. I believe there was soul, funk, electro swing, jazz, jungle, bouncy house, 90s as well as the live acts mentioned, to name but a few. Towards the end it flagged a little – even though there were so many rooms, each one seemed to have decided to play the same kind of generic house music, which I wasn’t really feeling and so I left a whole twenty minutes before the end.


So, as a clubnight it wasn’t the slickest but as an experience it was fantastic and I will definitely try to go again next year.
Posted by Ginglesnuff at 8:08 PM