White Mink totally lived up to the (my) hype. I had a stupidly wicked night.

We got over to Village Underground at about 10:30, maybe a little earlier. At first we were a little surprised by the music played - we didn't think it really fit into the electro-vintage style we had expected, it seemed to be a bit mainstream. But the night was still young and they were just getting warmed up before it really got into the 'swing' (geddit) of things.

Apart from knowing White Mink were the people who brought us Electro-Swing I hadn't really looked into what to expect. So the number of live acts were a surprise, as was the aerial performer who wowed us with her sexy acrobatics over the middle of the crowd. The night would have been great without this, but it added to the spectacle of the whole event. 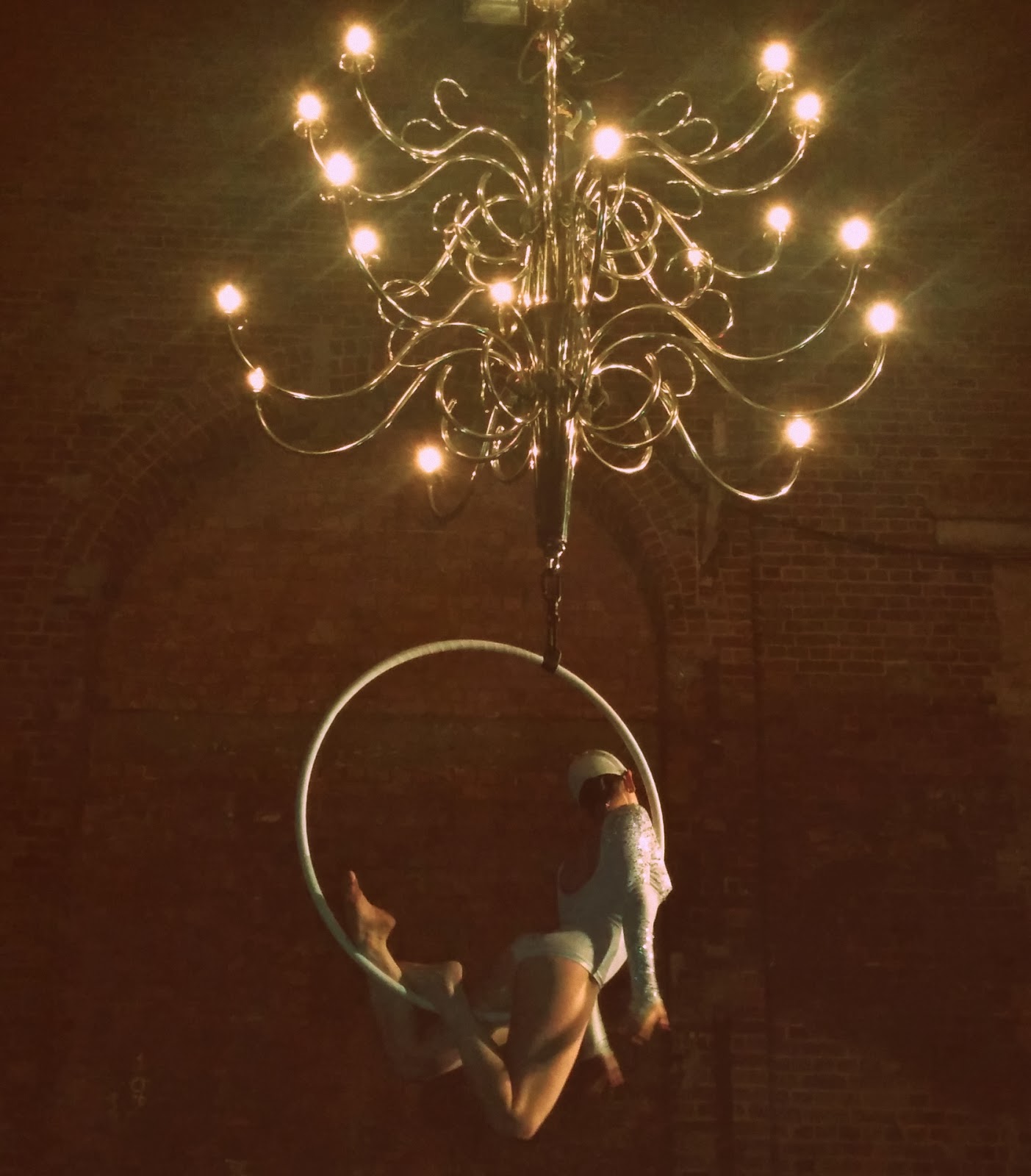 The live acts were stupendous. We were all blown away by them, truly (and there was about 15 of us to impress). Standout act of the night had to be Shea Soul and Kid Kasino, and I'm happy to say I got a chance to chat with Shea after her performance and tell her how great we thought it was. Bart & Baker provided the DJing skills to keep us all dancing when the live acts, which included the Elle and the Pocket Belles and the Shirttail Stompers, had finished. 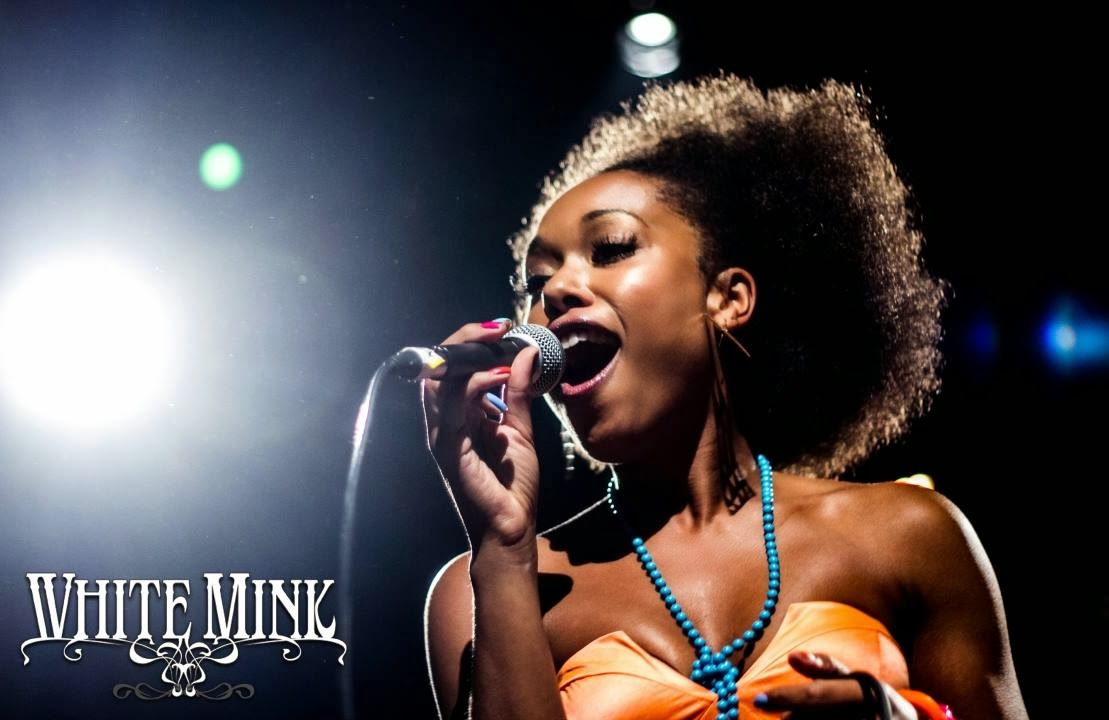 So, as the night went on, it was more and more of what we had expected and what we loved. Some bass and beats that made you want to shake your hips (especially if those hips had tassels on them, which mine did) along to the fast-paced swing and jazz from the 20s to 40s. There is something about this blending of music styles that just makes you want to dance and dance. Once we started, I think we barely stopped, and when the night finished at 3 am, we easily had the appetite for more. 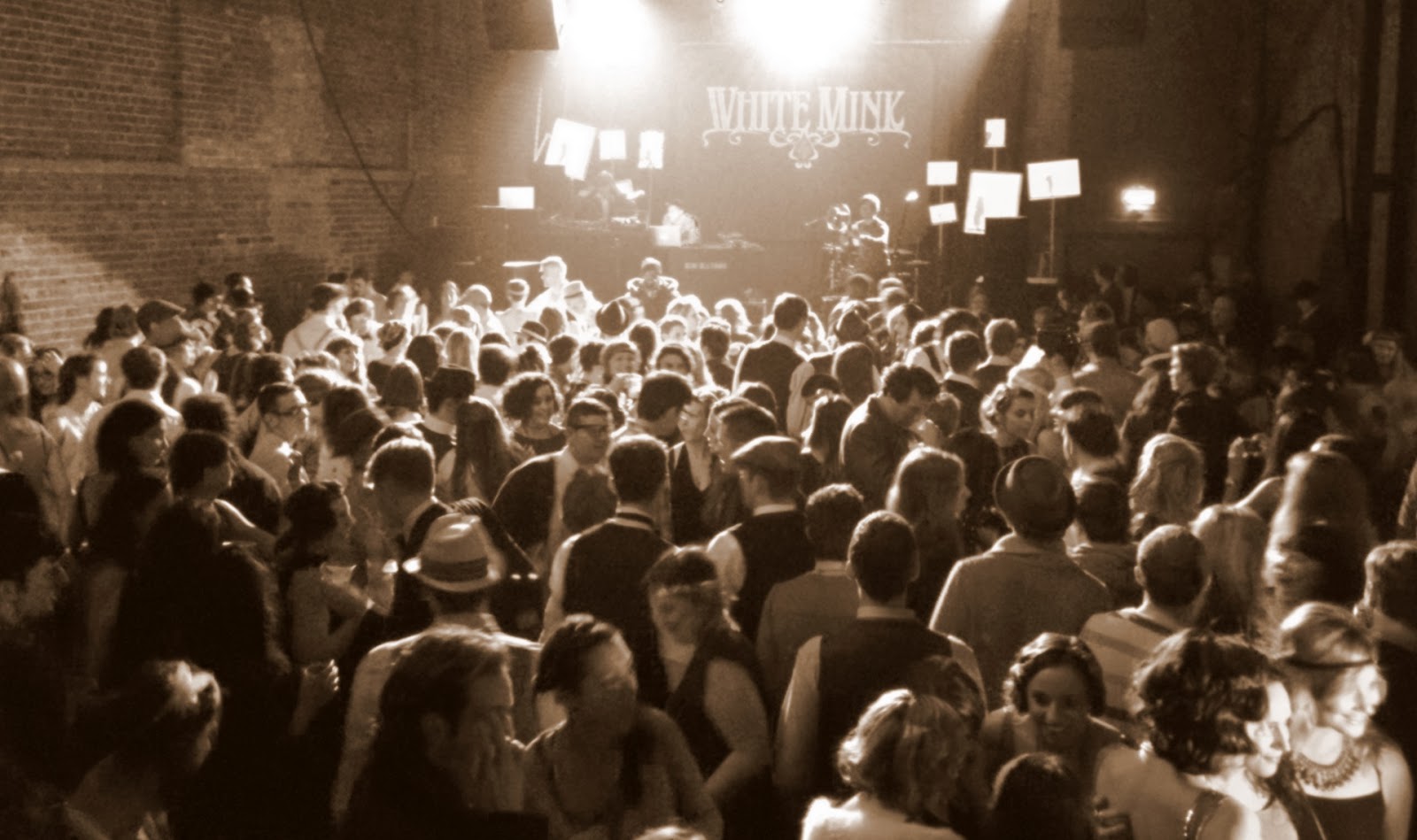 There wasn't an enforced dress code for the event but most of the people there had outfits that were inspired in some way by the 20s, which was nice as I do love a guy in a waistcoat and trilby! And I think it added to the atmosphere and decadent feel of the party. It was fantastic to have such a big venue as Village Underground, and the place was full to the brim, proving how popular these nights are. I am surprised that White Mink hadn't come back to London sooner, but they appear not to be replicating the long wait after this one with the next show in May. Sadly, I don't think I can make it, but you most definitely should. It was frightfully good.

In fact the only bad thing I have to say about it was that VIllage Underground ran out of white wine at about 11:30! How do you run out of wine? Ridiculous.

Pictures to come...
Posted by Ginglesnuff at 5:00 PM