It pains me to say it, but Konditor and Cook have some serious competition from the Bad Brownie Co, especially in terms of a rival to their fudgepacker brownie, previously my favourite brownie in all of fair London town.

I have actually had two Bad Brownies now, but slightly ruined the first one, bought at Broadway Market, by taking it home and nuking it in the microwave. Instead of bringing it up to room temperature, we melted it and though it tasted nice, the frosting was completely liquid and the brownie just tasted like cake. We had ruined the special brownie texture. The crunchy caramelised maple syrup bacon on the top also went a bit soft. 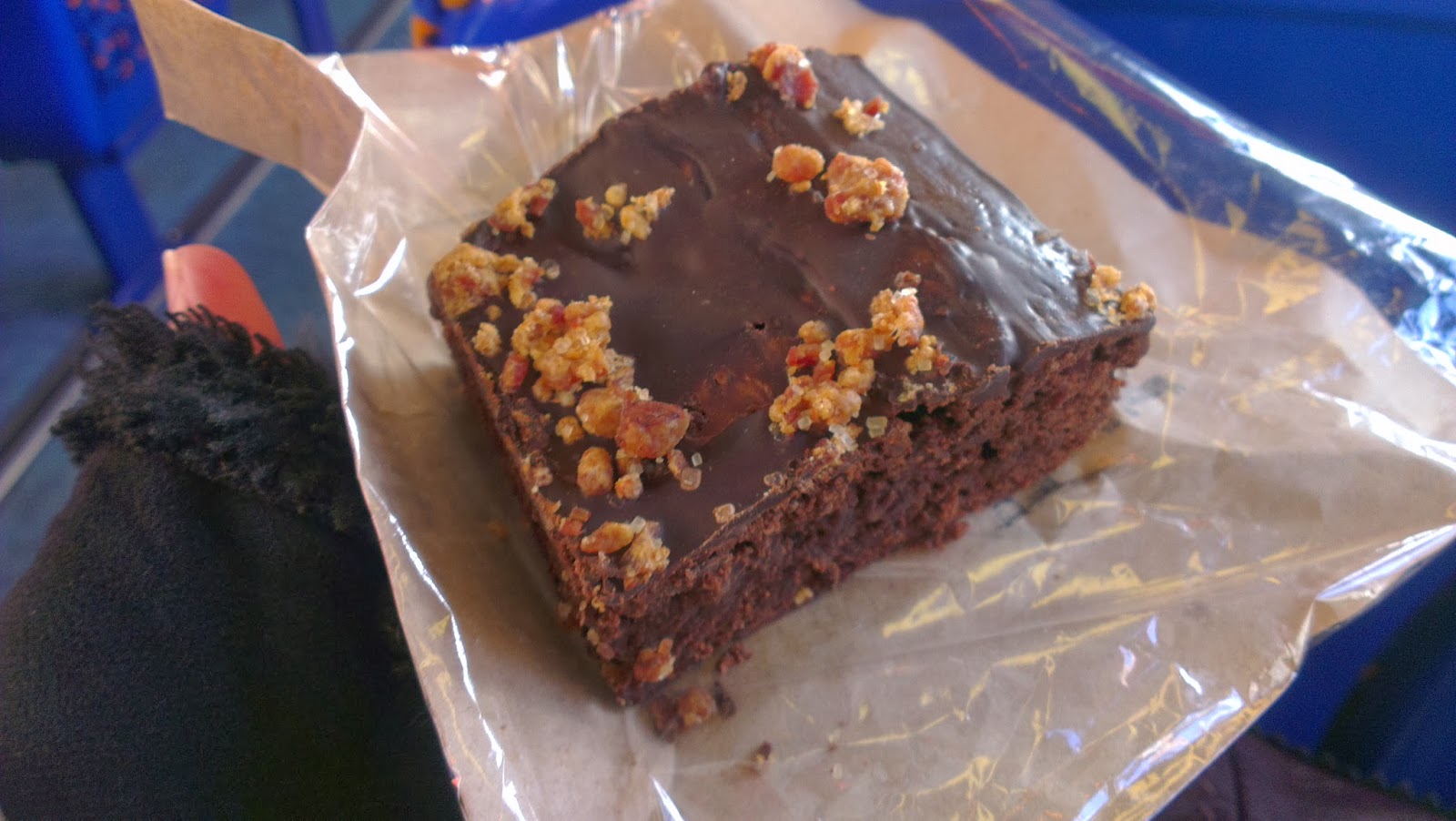 I didn't think this did the brownie justice so on Wednesday I popped by their pop-up in Soho to get another one. This time I opted for the tantalising salted caramel brownie. They don't do things by half, this lot. This brownie is actually TWO brownies sandwiched together and the salted caramel that they make is the filling. If it sounds ridiculously rich and indulgent and gooey then that's because it is. A gold dusting deceives you into thinking this is a pretty little thing, when it fact it is a beast of a brownie.

I'd be lying if I pretended this was a light snack. The brownies themselves are very rich and chocolatey and the caramel only adds to this. But my, is it good! A really good example of a brownie too, in my opinion. Brownies should be stodgier than cake, nice and dense with a top that is a little crunchy and starts cracking and flaking as you eat it. This fulfilled all these criteria.

The salted caramel is  their best sellers, and I can see why. If you've got a sweet tooth this will tick all your boxes. Almost as popular is the peanut butter one, which will have to be next on my list, although they do all kinds of flavours; as well as the aforementioned maple bacon, they had a triple chocolate one and a rose pistachio flavour when I went. Utterly scrumptious!