I’ll be honest – I like most of the places that I put on my List, because I put them on my List for a reason. I think they sound good. But every now and again something doesn’t quite live up to my expectations. And so it was with El Nivel, one of the bars we went to, to round off London Cocktail Week.

London Cocktail Week, if you didn’t know, is a week-long festival of cocktails. Hundreds of bars all over town participate and either create a cocktail or offer an existing one for only £4 if you have bought a wristband. On top of this, they have masterclasses, mixology sessions and pop-ups going on all over the place. I didn’t manage to go to any of these, but I did get to sip quite a few cut-price cocktails, which makes it all worthwhile.

First on the list was El Nivel, a bar specializing in tequila and mezcal but whose licensing restrictions mean you also have to eat while drinking there. That was fine with me. The menu sounded pretty good and I liked the sound of the LCW offering. And it was good. But for a Mexican bar it was rather devoid of atmosphere. I had tried to book but the booking system said it was full so we chanced it. We managed to get a seat and to be honest, while there were plenty of people there, it was never completely full the whole time we were there. Even with it more than half full though, it seemed rather quiet and subdued. Especially considering it was 8pm on a Friday night. Even thought it aims to be 'one of the best new bars in London', this place is really a quiet restaurant with a good drinks selection rather than the other way around. 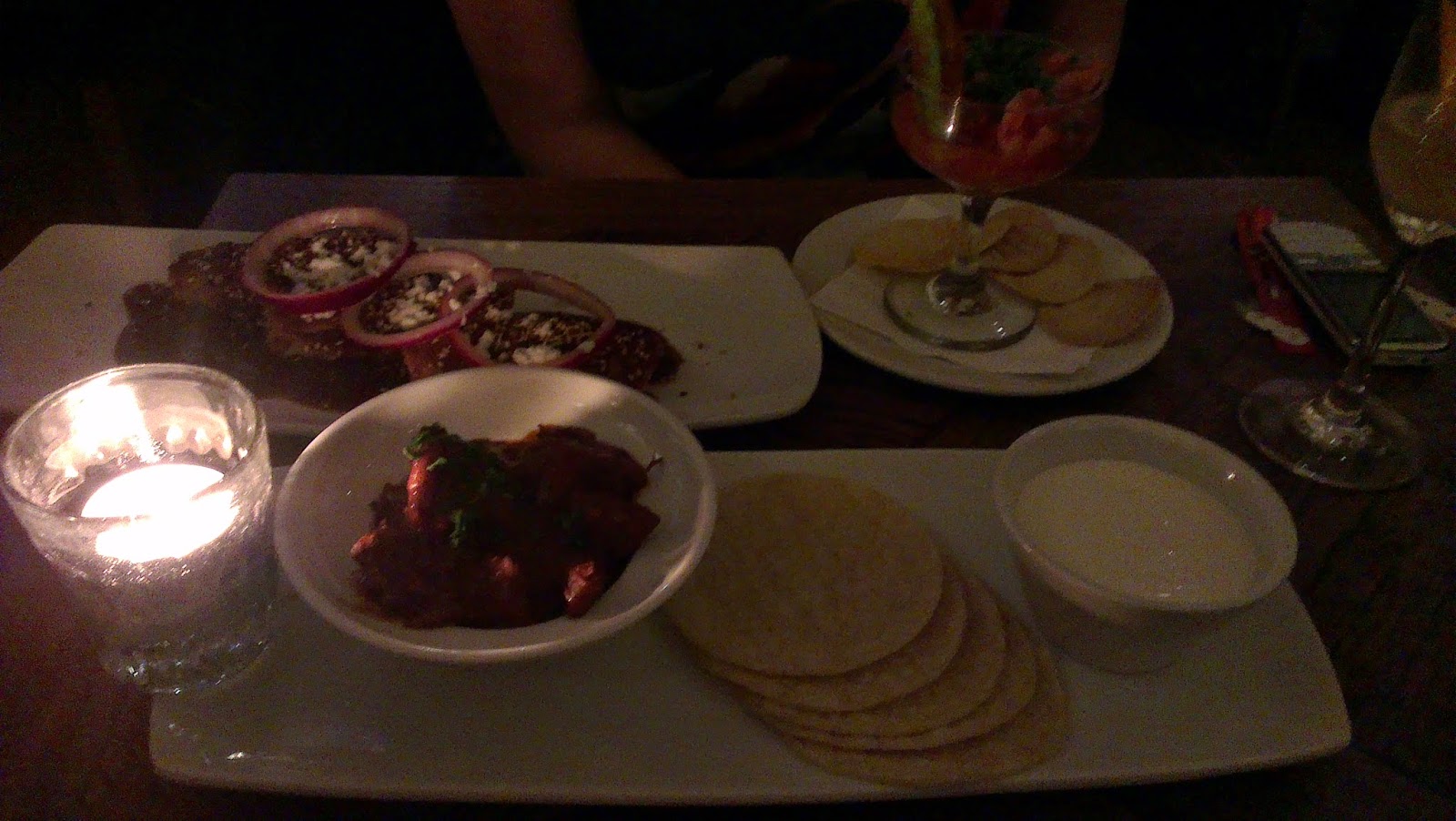 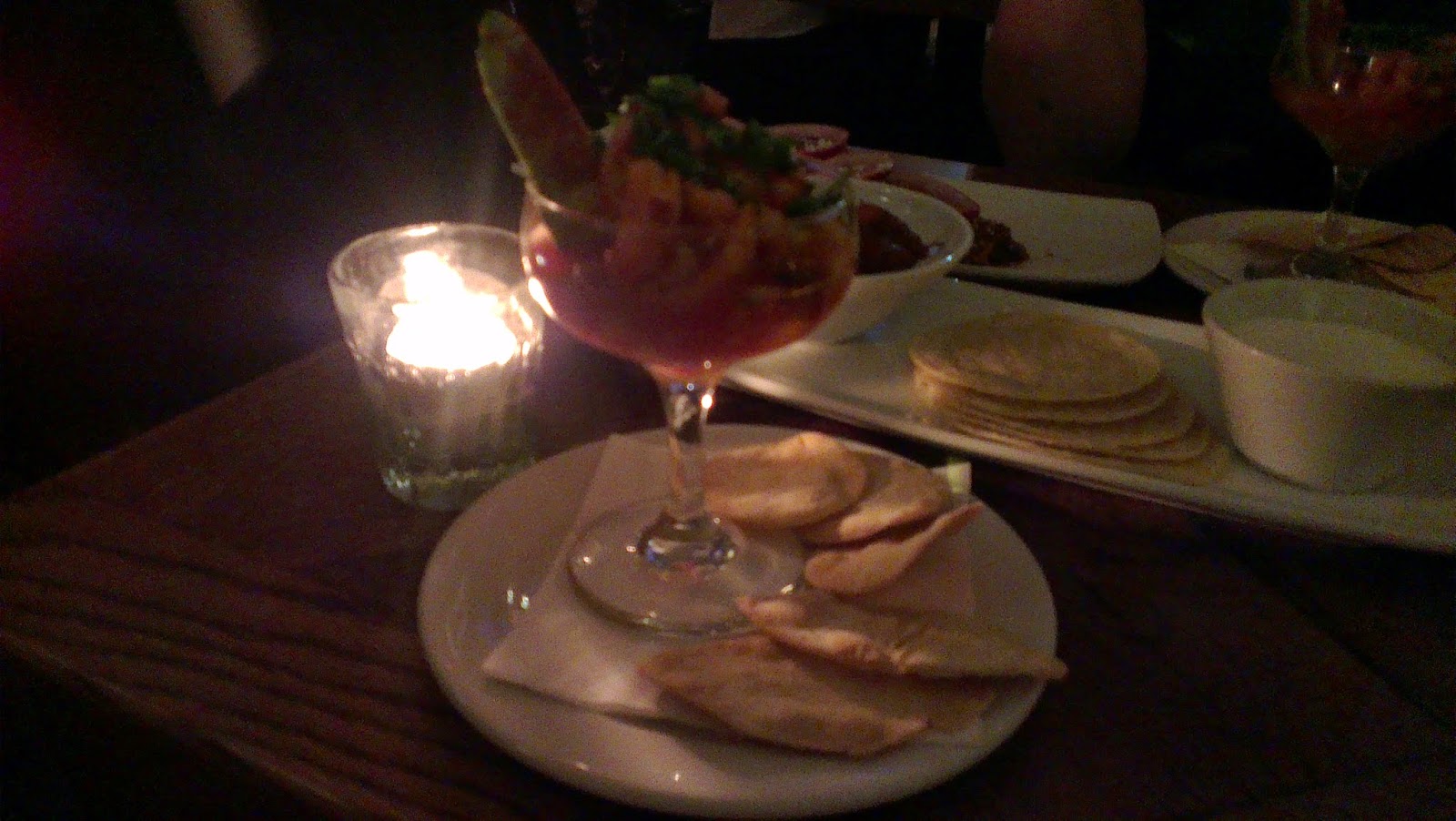 We ordered the special LCW cocktail, a fizzy little tequila number with coctel de marisco to eat and then got another plate each. I really enjoyed the seafood cocktail – they didn’t skimp on the shrimp or scallop and it all tasted fresh and juicy in a salsa equivalent of marie rose - a tomatoey 'sangrita' sauce. My plate of tres chiles beef was also enjoyable, served with sour cream and tortillas to create little tacos if you wished. I had five of these and there was plenty of beef to eat on its own as well. It had quite a rich, savoury taste, a Mexican stew. Service was a little hit and miss – we ordered two glasses of red, for white to turn up. When we sent that away it took a good long while for the correct drinks to show – we had to check again they were on their way. 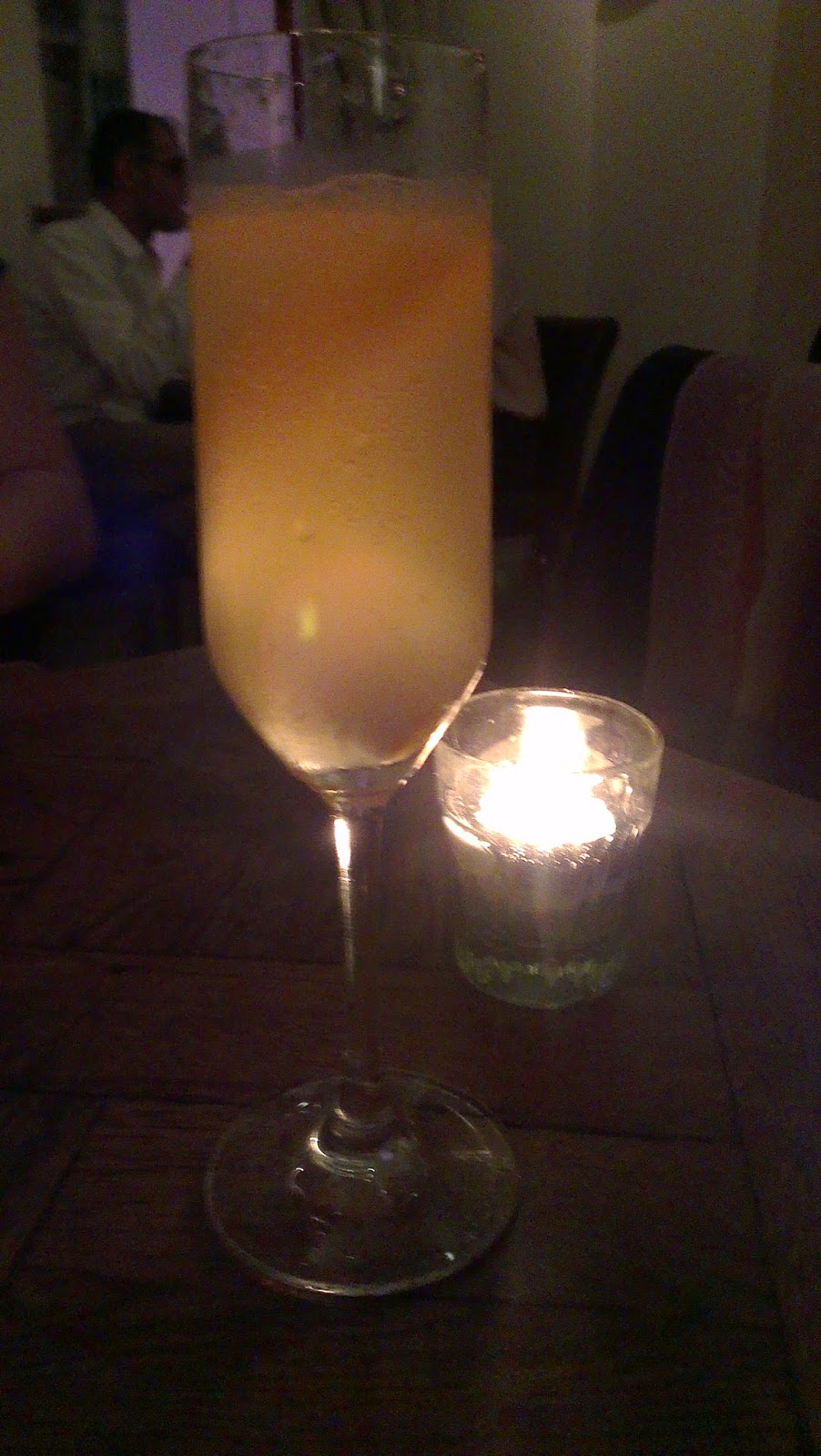 If you want a very quiet drink and bite to eat then head here, but for some reason quiet + Latin don’t go together in my mind so I probably won't make it back here.

However, after this we went to some much livelier places. First we went into Adventure Bar. Kind of on accident as we actually wanted to try out Dub Jam. This was exactly the kind of place I would normally avoid. Lots of drunk people dancing to mainstream music but I must admit there was something about the place that was likeable.Our cocktails were really tasty and came with a cute fortune cookie. It was called the Appleton Dreamcatcher and was made up of Appleton Estate Rum, black raspberry liqueur, vanilla, apple and passion fruit. It didn't taste too complicated and was easy to drink. The fun everyone was having was quite infectious and everyone seemed pretty friendly, especially the bar staff, so had it been a bigger night for me, I could happily have stayed and joined the dancing revellers. 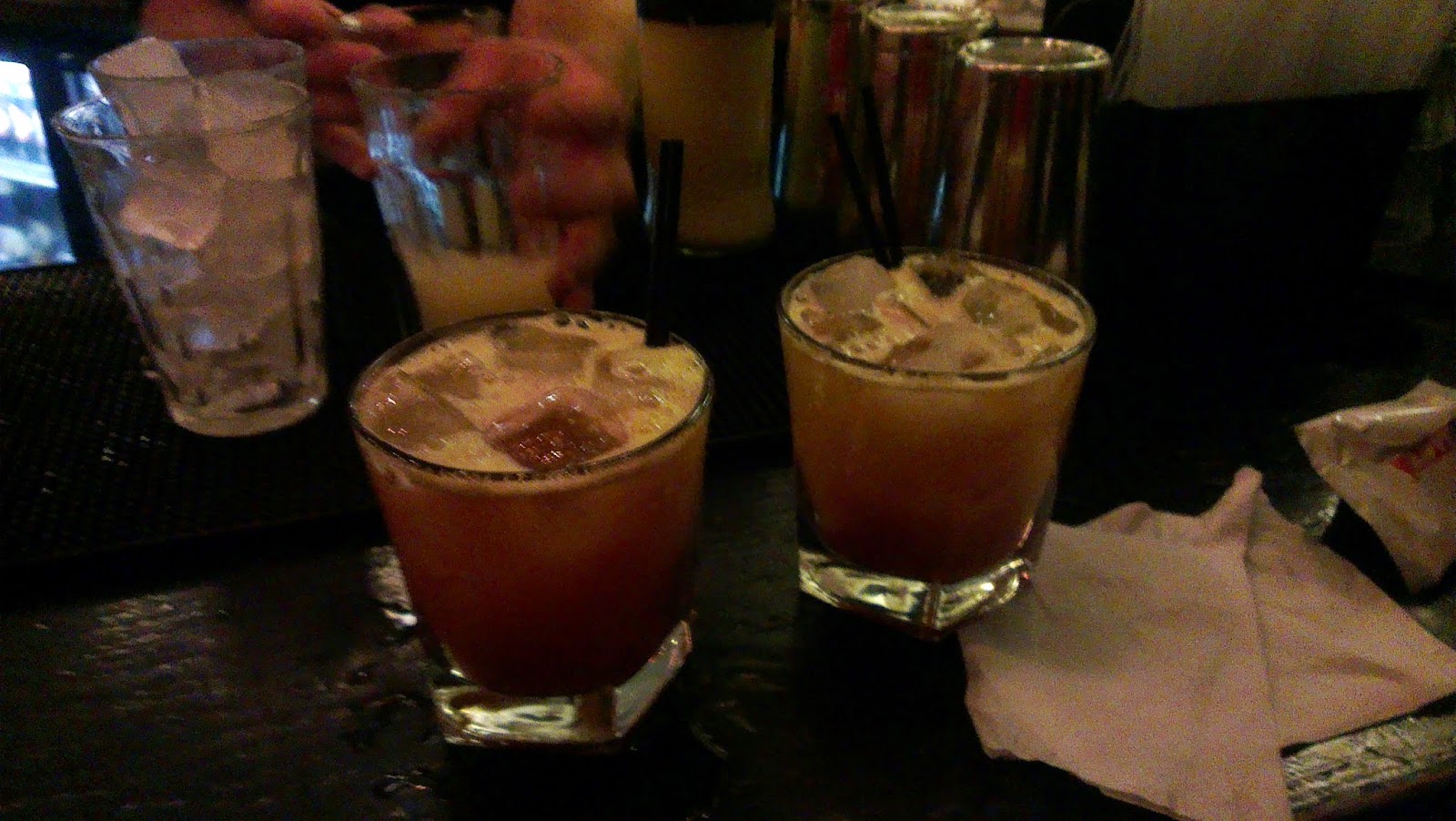 However, my friend and I really wanted to be able to talk and hear each other so after one, we went upstairs to the buzzy but quieter Dub Jam where we had a really lovely rum punch, which was sprinkled with either nutmeg or cinnamon and made it very hard to sip slowly. At first the bartender warned us they were all out of tin cans in which to serve them (some scallywags keep nicking them) but he managed to procure a couple from somewhere so we got the full authentic experience. This place is really barely more than a hole in the wall but it’s a fun one, encapsulating sunny vibes in such a small spot and I’d happily go back. 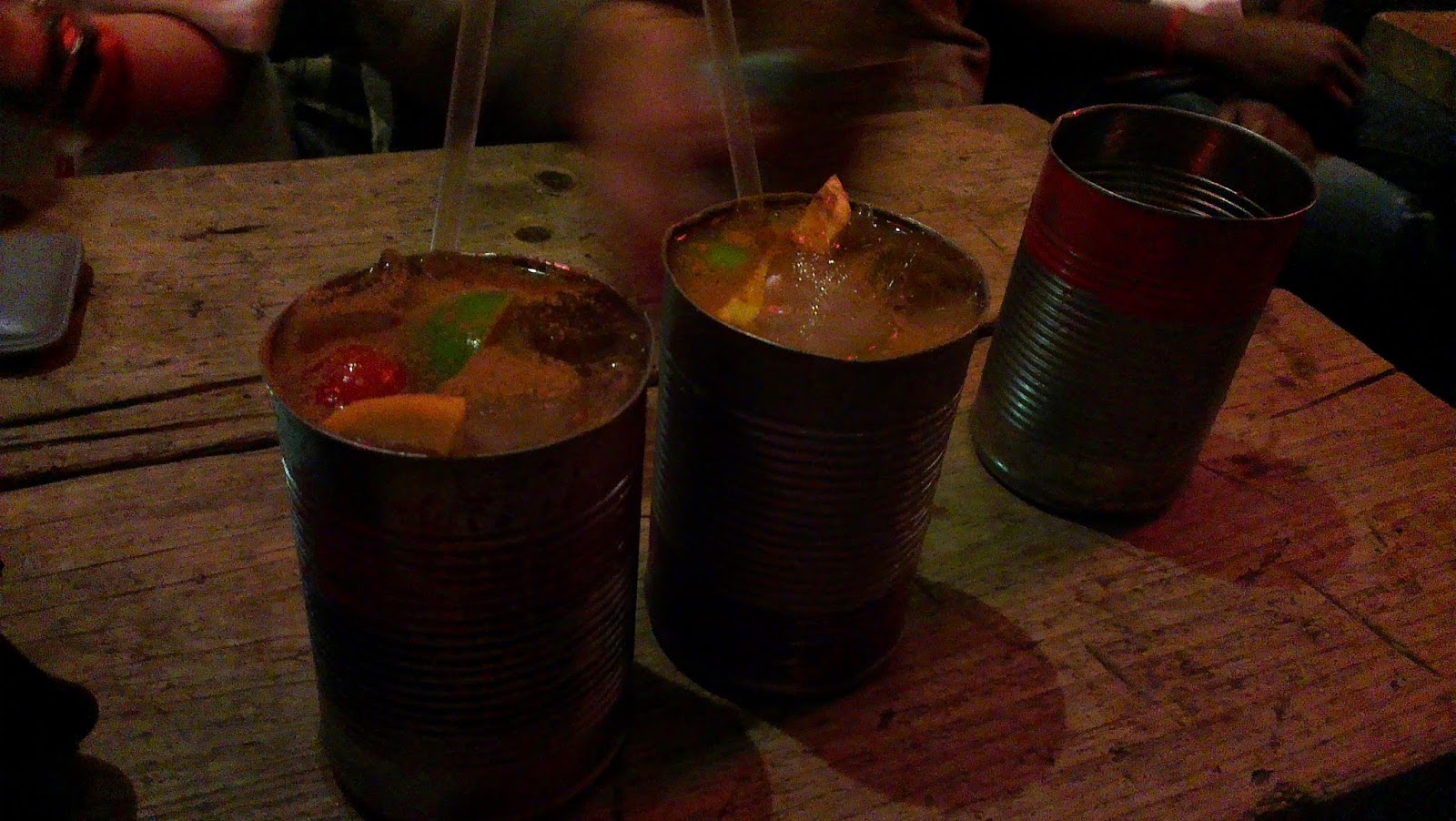 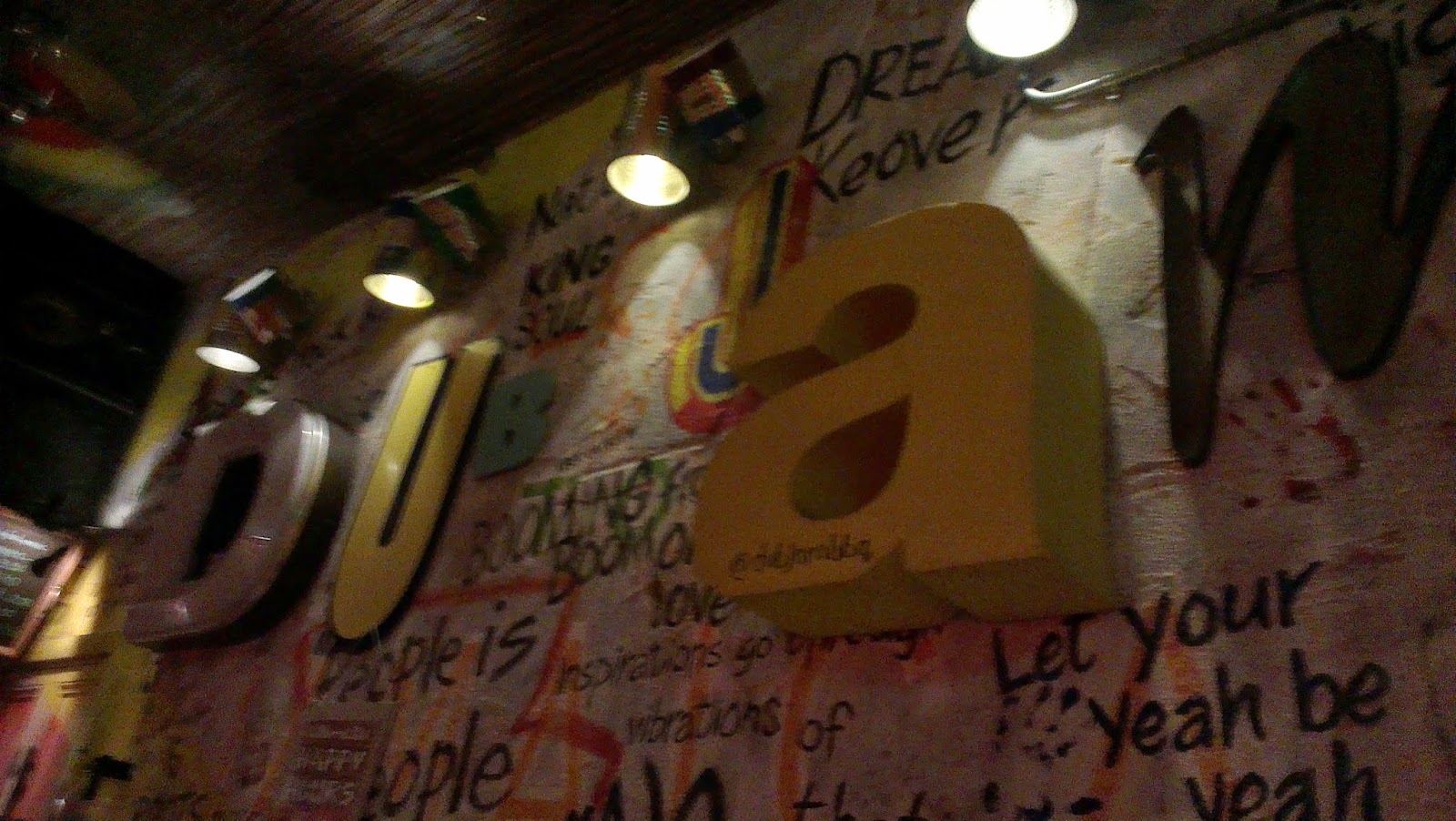 Finally, we went over to the Big Easy and had the prettiest mojito I’ve seen. It was too dark to take a good picture and do it justice but it was a cocktail which seemed to have a ball of lime sorbet in the middle. Hands down one of the most memorable ways to serve this classic cocktail and a really good blend of sweetness and refreshment. Now my favourite mojito – I hope they do these all the time and not just for London Cocktail Week! 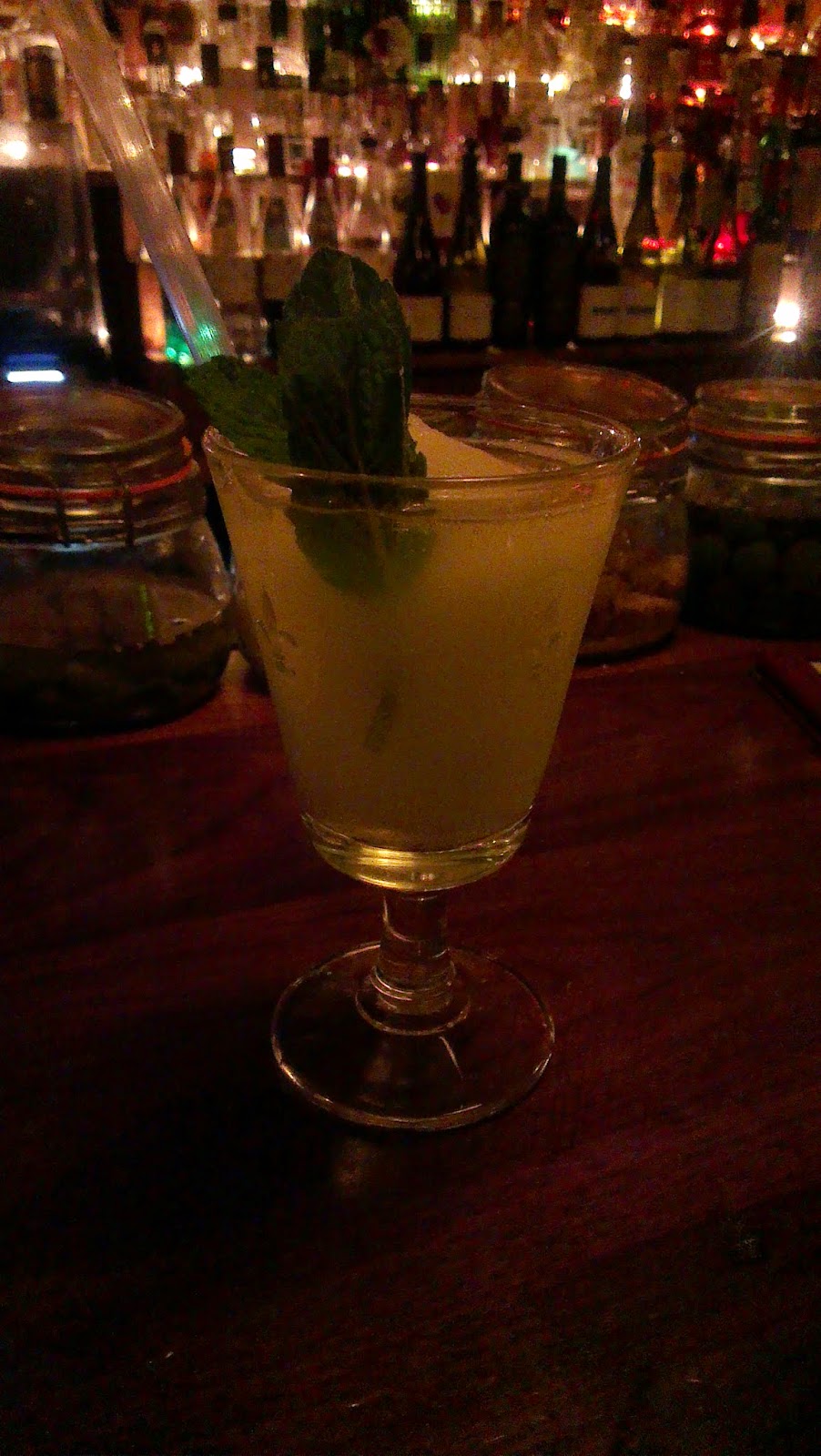 And so we concluded our cocktail self-tour. Can’t wait to do it again next year.
Posted by Ginglesnuff at 12:51 PM