The number of outdoor cinema screenings are legion these days. There’s the grand Somerset House affair (cold and uncomfortable unless you bring blankets or even sleeping bags [yes, some people did this]), there’s the Rooftop Cinema Club with deckchairs and blankets provided. There’s Backyard Cinema, which gives you a choice of deckchair or beanbag, and this summer Everyman even got in on the act with Street Feast, projecting films by Battersea Power Station. You can also watch movies al fresco with Scoop, and the Nomad cinema. And, finally (almost) there’s Luna Cinema. 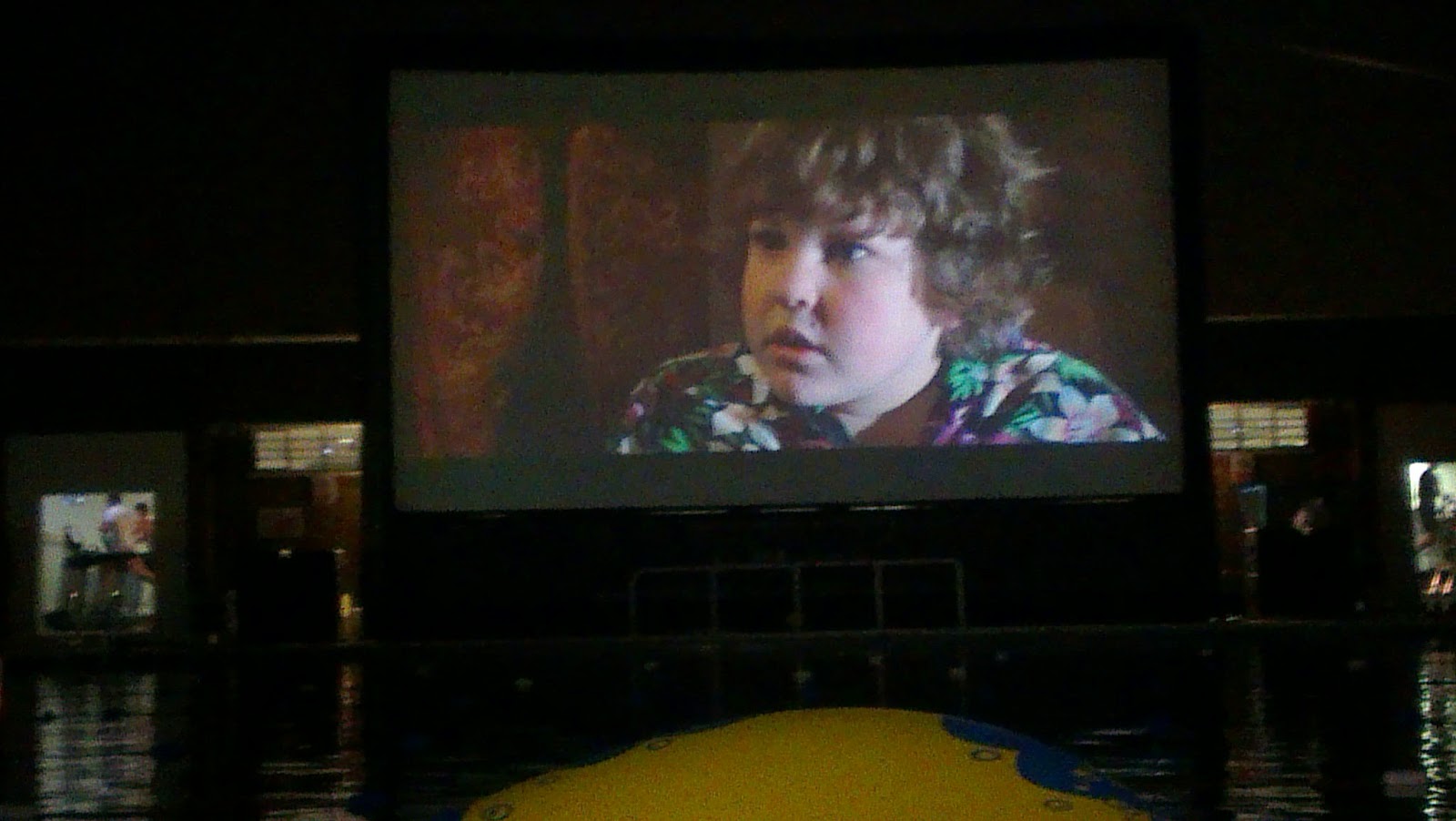 They have a few places where they set up shop, places that are a little more unusual. Such as Brockwell Lido, which is where I watched The Goonies the other week. A normal ticket gets you a stake on the poolside, and it’s up to you to bring something comfortable to sit on. But if you stump up for the premium ticket, you get to watch the move ON... THE... WATER! Yes! Very exciting. You get your own little two-person inflatable dinghy to get comfy in. It’s actually a wonderfully cosy way to watch a movie, bobbing about on the water and drifting a little when other people move around in their dinghies and make waves. Don’t worry – you don’t drift very far. Each dinghy is still moored to the side and you aren’t allowed to row out to the very middle of the pool (unfortunately). 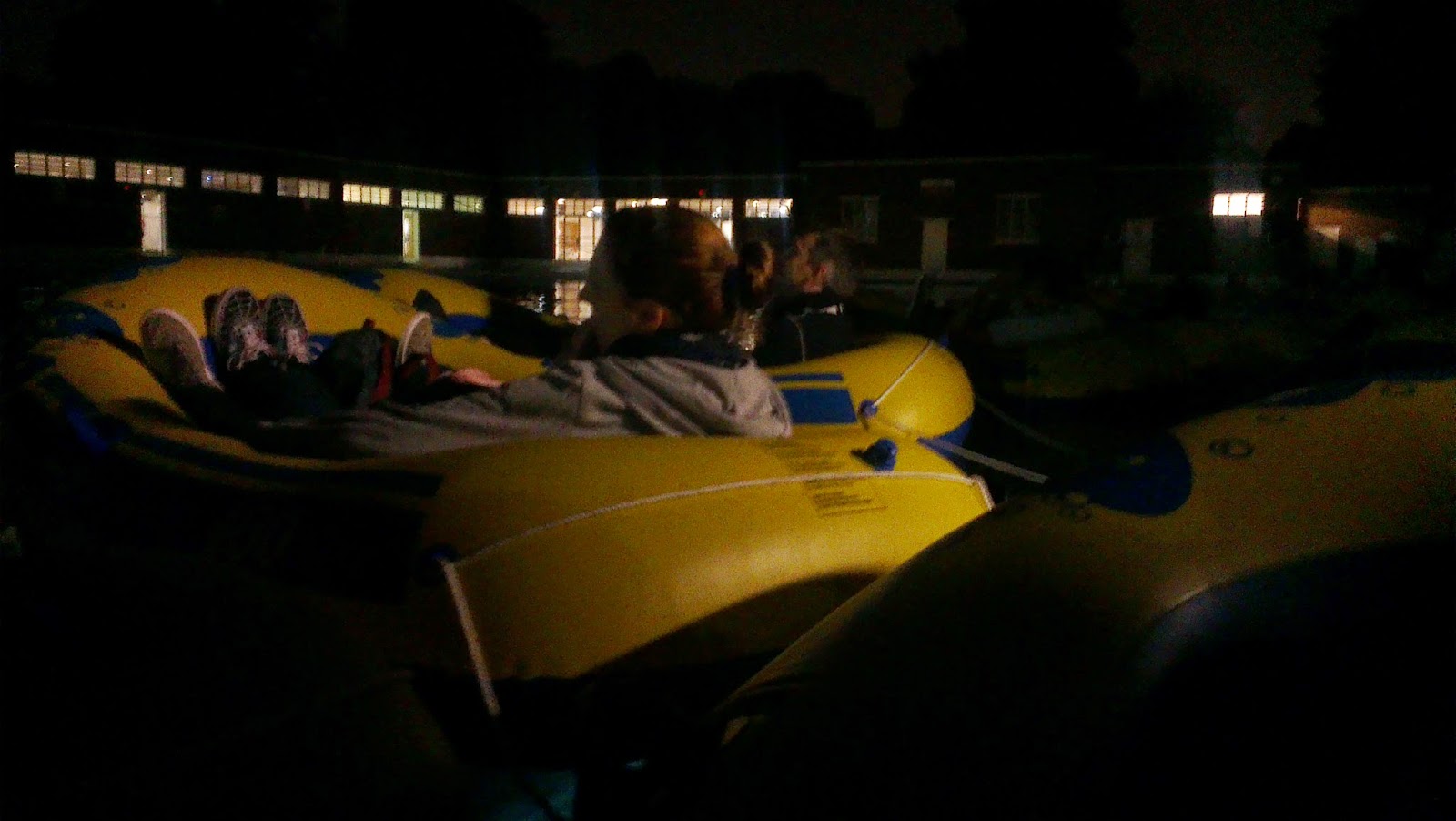 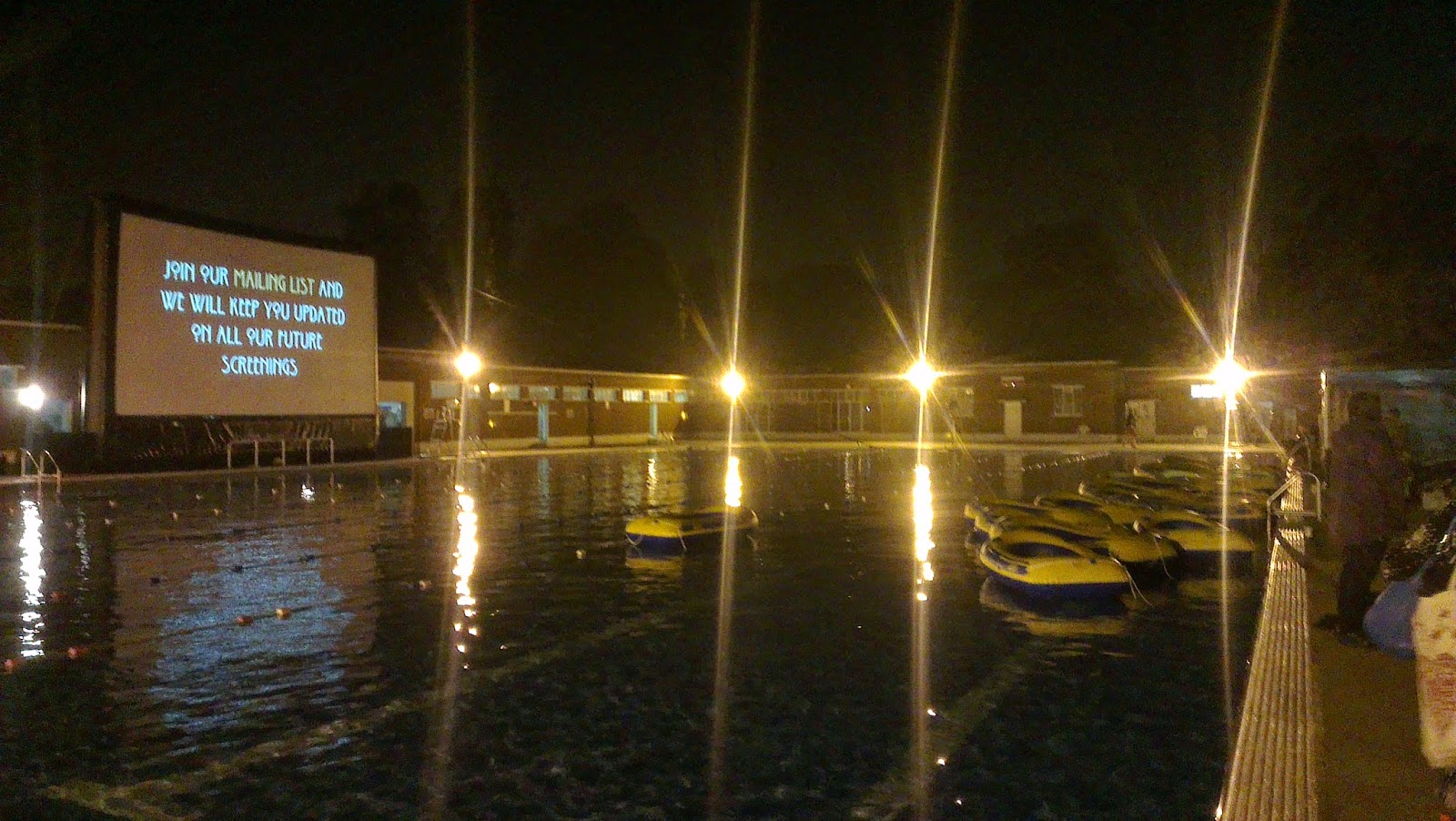 More unfortunately for us, we (and by ‘we’, I mean my friend) got there after the movie started so we were left to our own devices to actually get into our vessel. This I did not do with much aplomb and we came perilously close to capsizing. Instead it just meant that a bunch of water got in and soaked my dress completely down one side, which I didn’t realize until the end of the movie. Travelling all the way back to East London with wet clothes wasn’t that fun.

The venue of Brockwell Lido meant that the café was on hand to provide food – the usual stuff: pulled pork and what have you, and there was wine, beer and cider on sale as well, though I’d had quite a big night before so had a mere bottle of water.


It gets chilly on the water so I was pleased I’d packed a blanket; even though it was a very warm night, by 9pm I was huddled into it.

For novelty value this one was hard to beat, and they clearly have excellent taste in films. Recommended.
Posted by Ginglesnuff at 1:43 PM