Everyone is interested in other people’s lives. That’s why soap operas and reality TV (even if there isn’t much reality to them anymore) are so popular. We all want to know what secrets everyone else is harbouring. Tapping into this desire, are a few storytelling nights where people get up on stage and tell a story to the audience – one that has to be true and has to have happened to them.

Spark was my first event of this sort, and I suppose Cringefalls under this category as well. The other day I went to another – Natural Born Storytellers. They have been going for roughly a year, and this event was a ‘Best of’ so everyone there had already performed at a previous event and was telling a story they’d told before – meaning they’d had a chance to refine and, perhaps, update it if anything had unfolded since then. 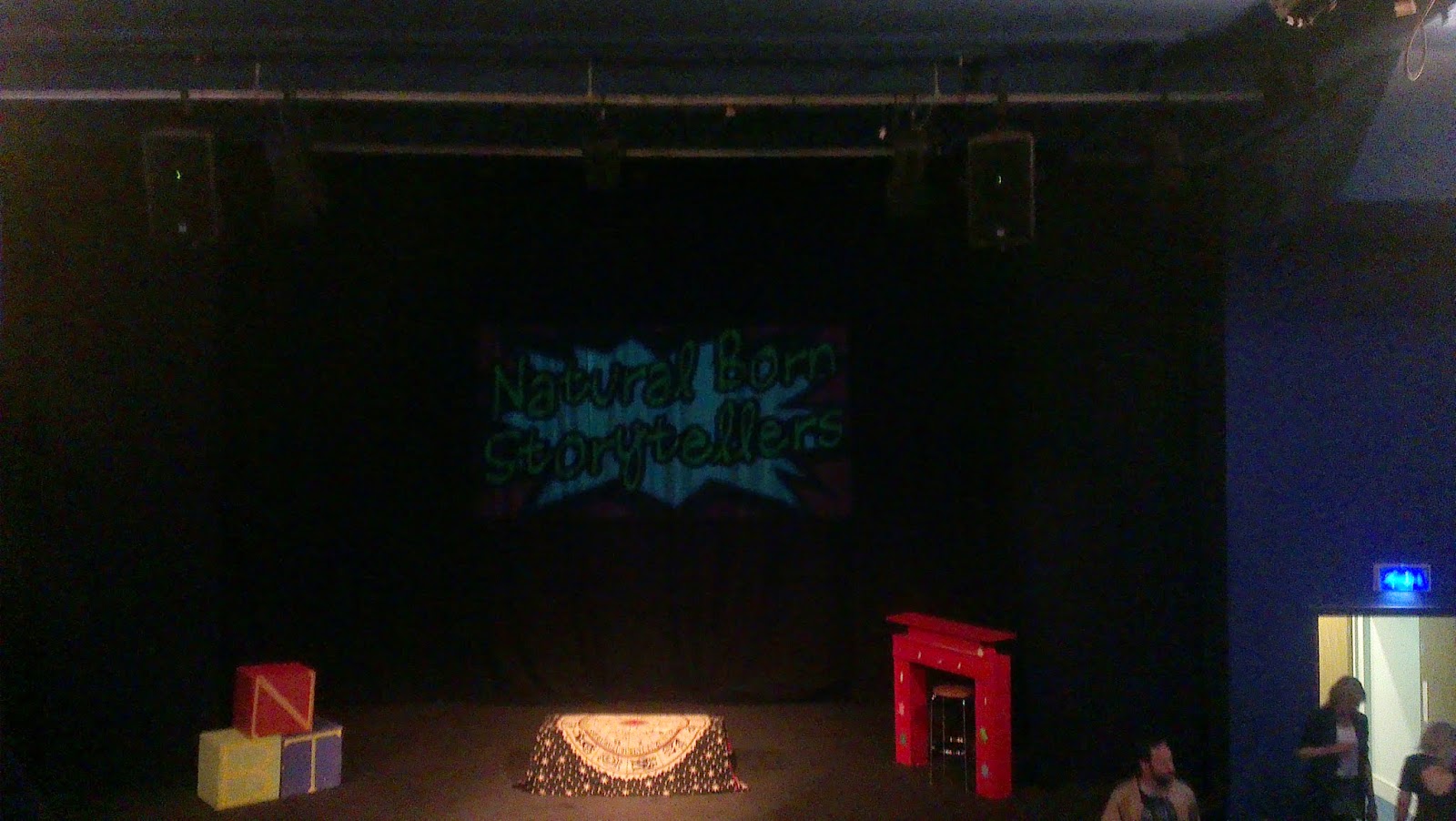 It was wonderful. There were three sections, with three speakers in each section, two of them being the guys who run it. There was a welcome ratio of female to male storytellers, and one slot was held for a volunteer in the audience to get up and give it a go. Normally, the events have a theme, but as this was a ‘best of’ it meandered all over the place, although funnily enough, unwittingly being paid for sexual services came up twice.

To start us off, we were asked to share with our neighbor one of our own stories, falling under the banner of shame or humiliation. I’ve done many embarrassing things in my life, normally involving alcohol and men, but at that moment I couldn’t think of anything. (And I should admit, that with the benefit of time having passed, I’m actually more proud of those things that embarrassed.) My friend luckily had a recent story I hadn’t heard which took up the time.

Then the storytelling began, and it began with a toe-curling, yet hilarious recounting of the time our host got a big splinter in his eye, while at a music festival, high on LSD. He only had one good eye at the time, so something happening to it was his worst nightmare. Having to go to hospital while high, as he did, is probably not the most fun way to spend an evening at the best of times but it did make for a very funny story. And one with a happy ending as he was forced to see a specialist who said they could in fact do something with his ‘bad eye’ and improve his sight. 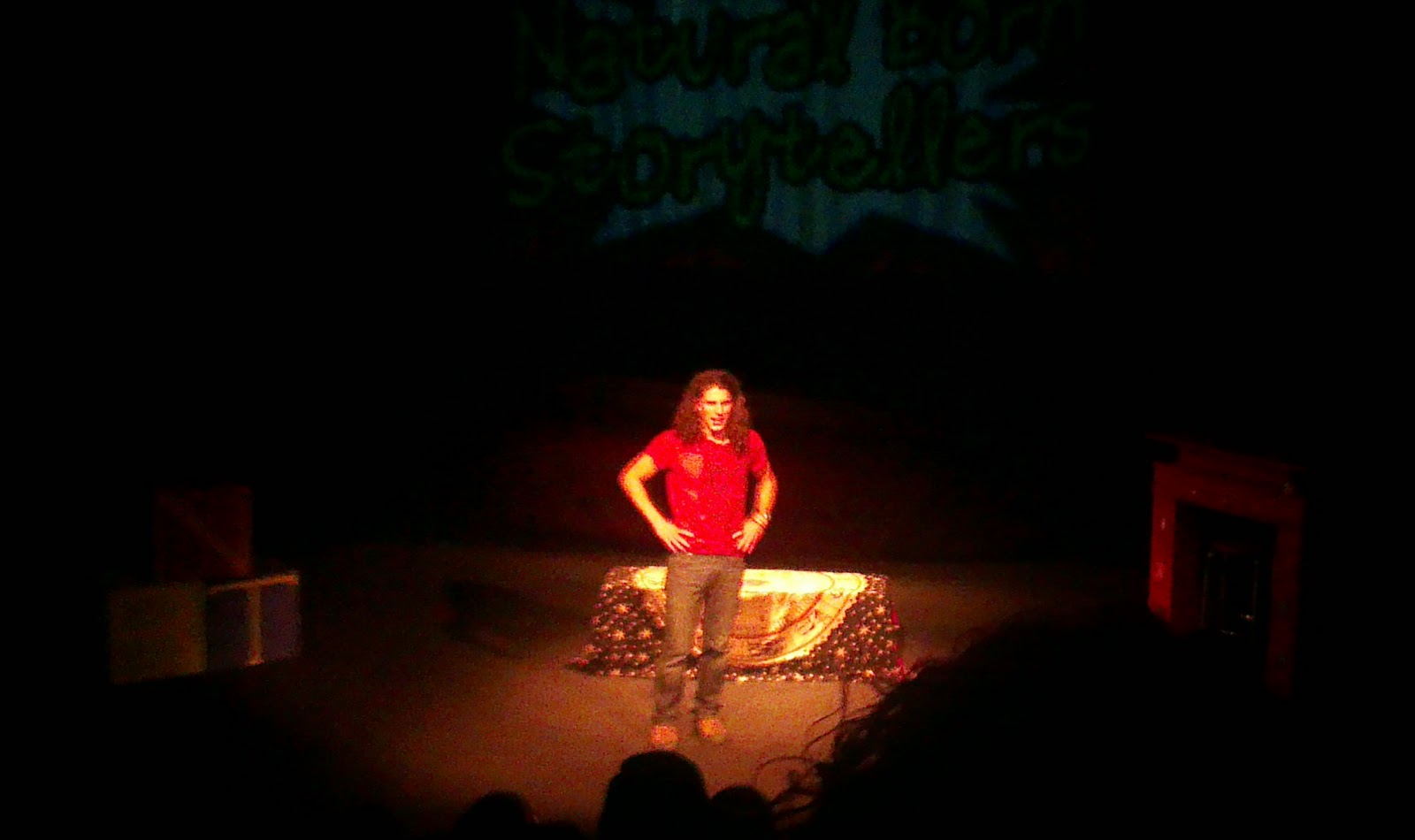 Next up we had a lady, also telling a humorous story, and the first of our dabbling with prostitution. As a green young girl out of uni, working at an estate agents, she somehow became embroiled in a kinky spanking party, courtesy of the worldly female boss she so admired. And, of course, at that age she was just too polite to excuse herself as things became more bizarre… I won’t tell the whole story here just in case you have the chance to see it live. 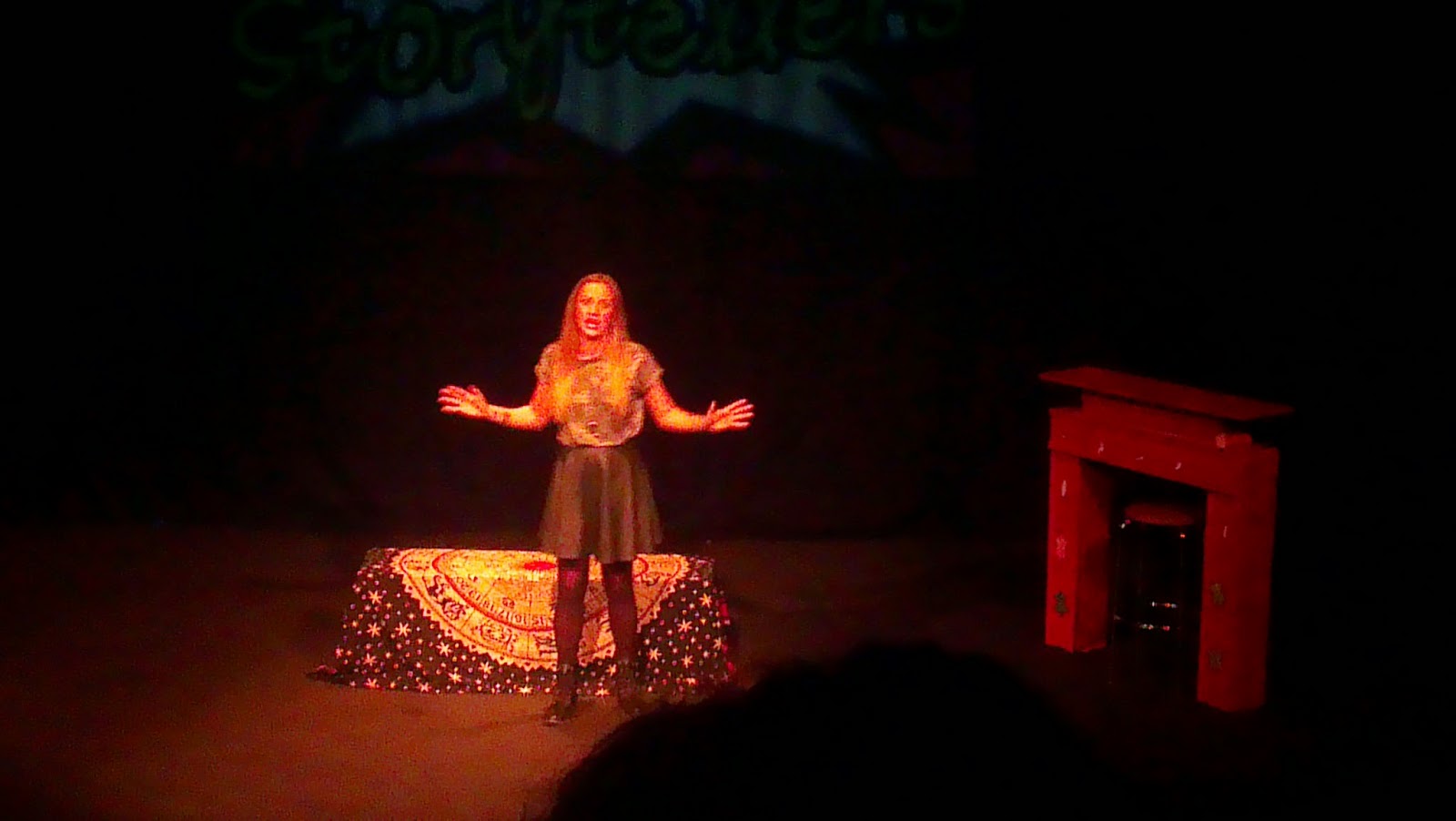 But everything wasn’t all fun and (kinky) games. One very powerful story was told by the other organizer about the strain put under his long-distance relationship when his girlfriend was attacked by her thuggish neighbour. Listening to his inner turmoil and struggles as he had to deal with his urge for revenge, his desire to not propagate violence, and of course wanting to comply with his girlfriend’s wishes not to retaliate, we all felt his frustration and were powerfully affected by this story.

Not every speaker was as accomplished as the others, and some of the stories lacked structure, or were a little too long but they all raised a smile, or told a lesson and my group left feeling like the last few hours we’d spent peering into these lives were rich and worthy. I heartily recommend going to another of these events. I know my group will.
Posted by Ginglesnuff at 11:01 AM

Email ThisBlogThis!Share to TwitterShare to FacebookShare to Pinterest
Labels: Natural Born Storytellers, storytelling, things to do