You don’t need me to tell you noodles are everywhere right now, what with the Shoryus and Tonkotsus (not to mention Phos), and London has just got a couple new ones – Kanada-Ya and United Ramen. I was particularly drawn to United Ramen because they were doing noodle soups and shaking it up a little by serving several versions, influenced by diferent parts of the world. So they had a Yankee Doodle noodle soup with pulled chicken and sweetcorn, and they have a British-inspired version on the weekends – basically a Sunday roast in soup version, complete with little Yorkshire puddings. (Not too sure about that one if I’m honest.)

So payday rolled around and I decided to treat Stephen and I to a quick dinner at United Ramen.

You walk in to a room that kind of reminded me of  a children's nursery - chunky, funky furnishings in bright, bold colours of orange and purple. One of my favourite colour combinations. The place has personality, though one suspects the furnishings aren’t of the highest quality. Our table was incredibly rickety and had to have a door stop put under one side to stop it rocking about. 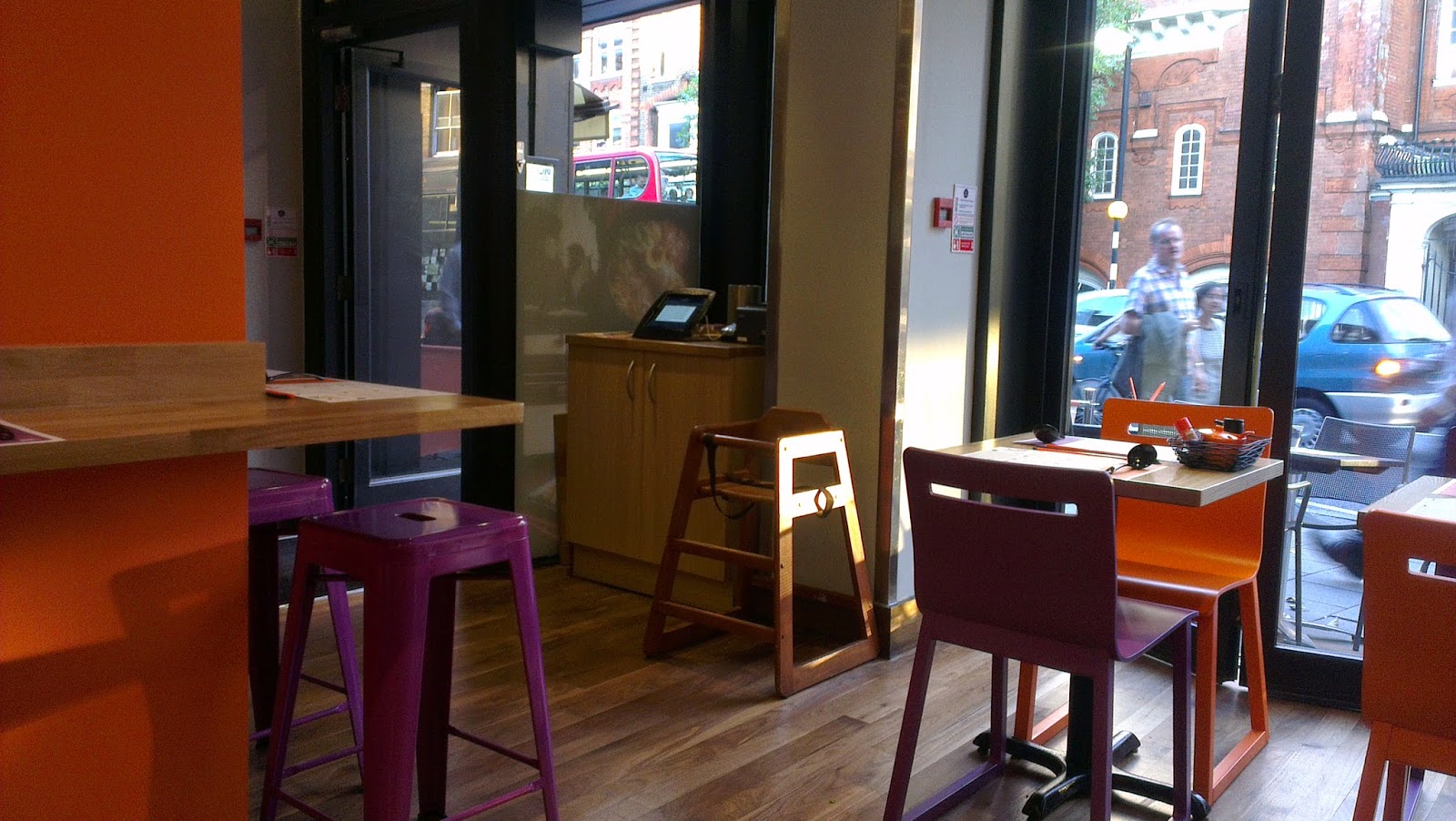 The crockery is beautiful, in not many other places have I so admired the vessel my soup was brought in. As with most places, they had condiments on the side: chilli oil, a chilli powder, and sesame in little grinders which didn't seem to work. 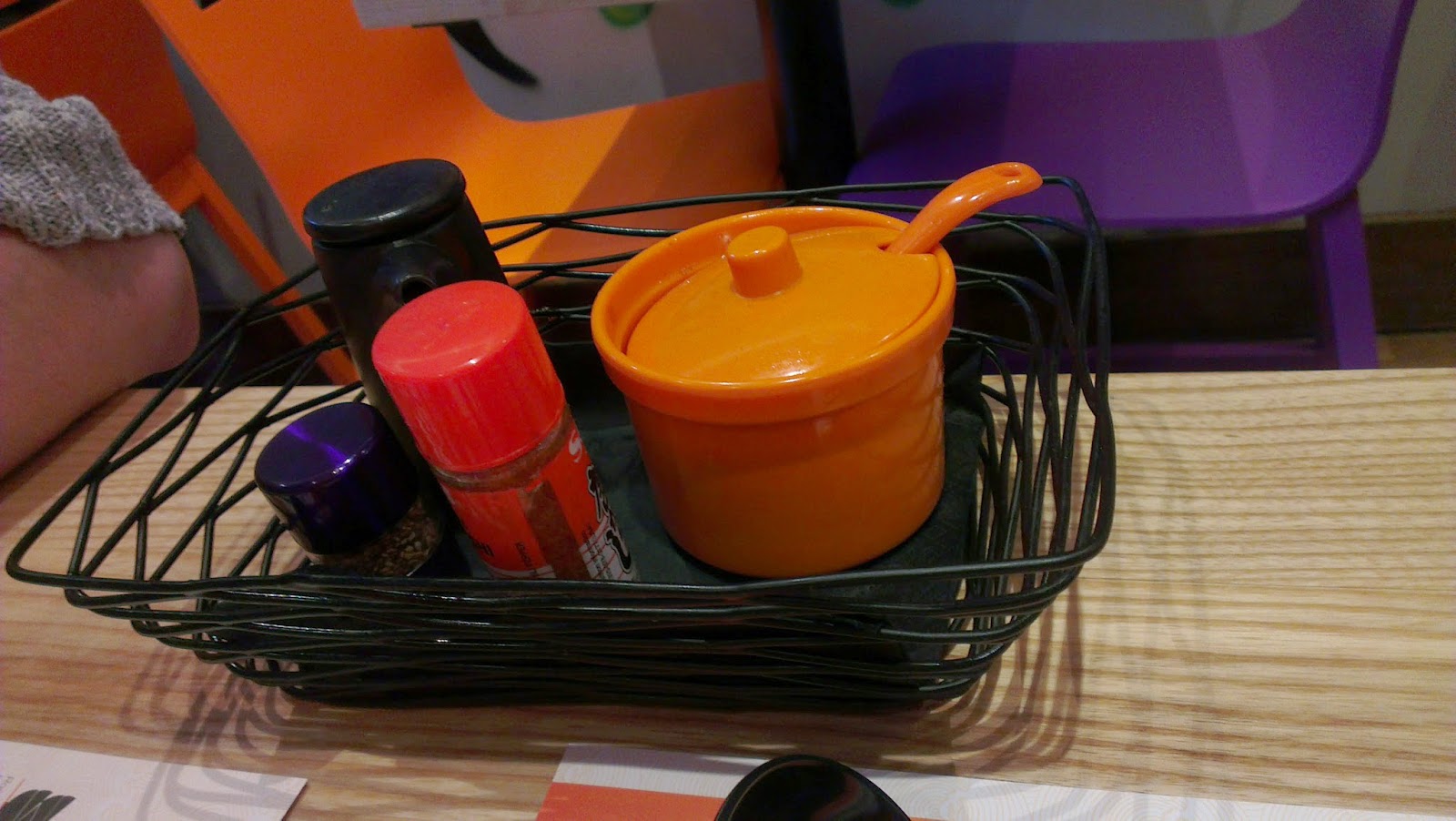 I chose the Chinese-inspired spicy sichuan tantanmen, which really had no real kick to it, though a bit of chilli oil soon perked it up so that my nose was sniffing by the end of the meal. It came with minced pork sitting on top, which, though quite chunky to begin with, soon disintegrated into my broth giving it a mushy, thick texture that I didn't really like! Otherwise, before that happened the flavour was quite nice, and fairly light. The ‘thick’ noodles, were not that big, not as sizeable as udon noodles, which was great, as I don't like them too thick. 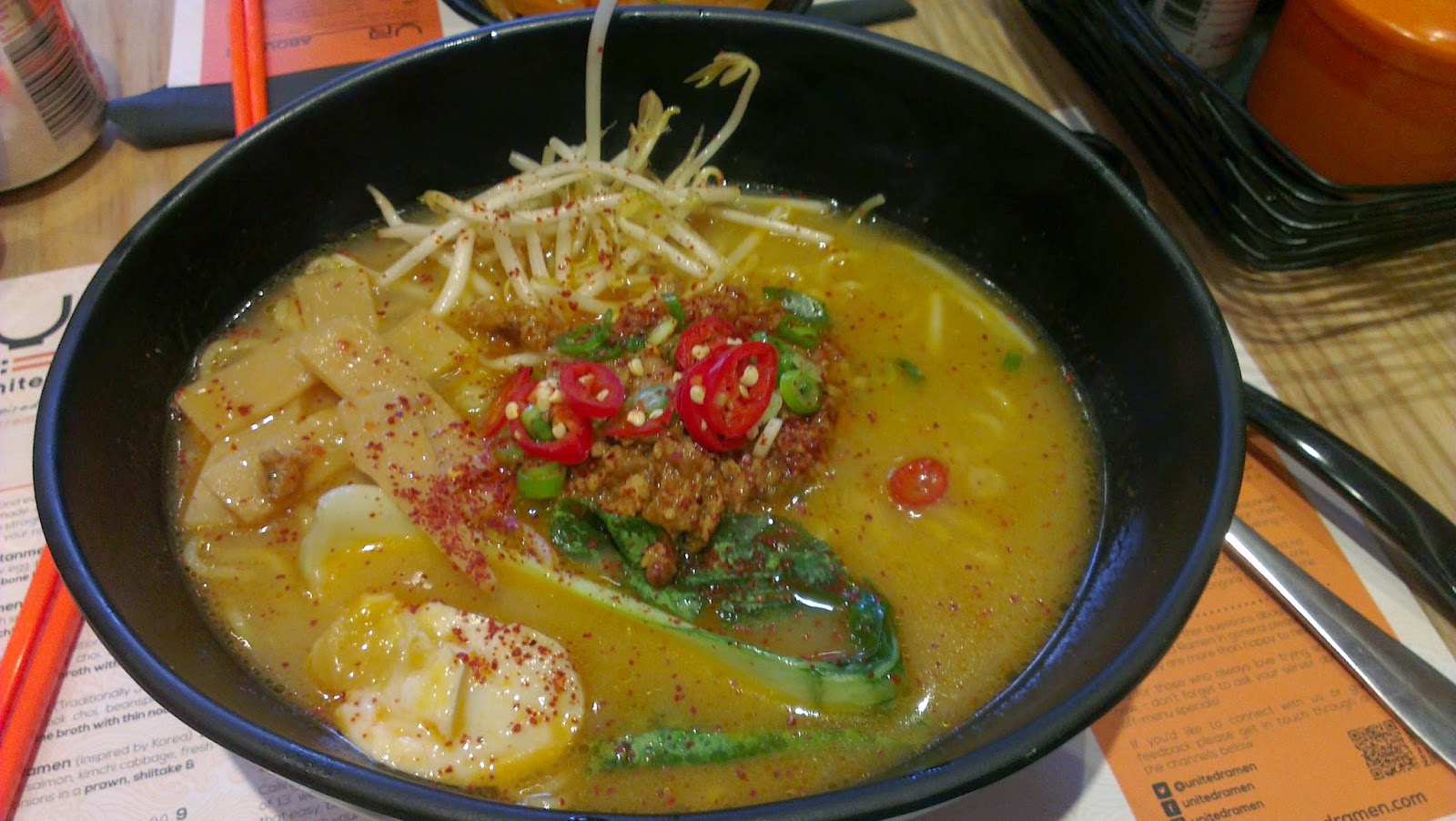 One of the best things about ramen is the soy egg, in my opinion. But not here. What a woeful specimen this ovum was - no soy flavour – the egg itself didn’t even look marinated, and it was small, very flabby and undercooked as well as half crushed. Totally disappointing.


Stephen had the Chashu Pork with thick noodles (Japanese inspired) and, without meaning to sound so cutting, said it was the worst ramen soup he’d had. He didn’t mean it was awful, he just meant it wasn’t as good as at other places. And I have to agree with him. I like all the different influences they have here, which is why I wanted to come so much, but the novelty of that doesn’t stand up to scrutiny. There are a lot of places doing it better. 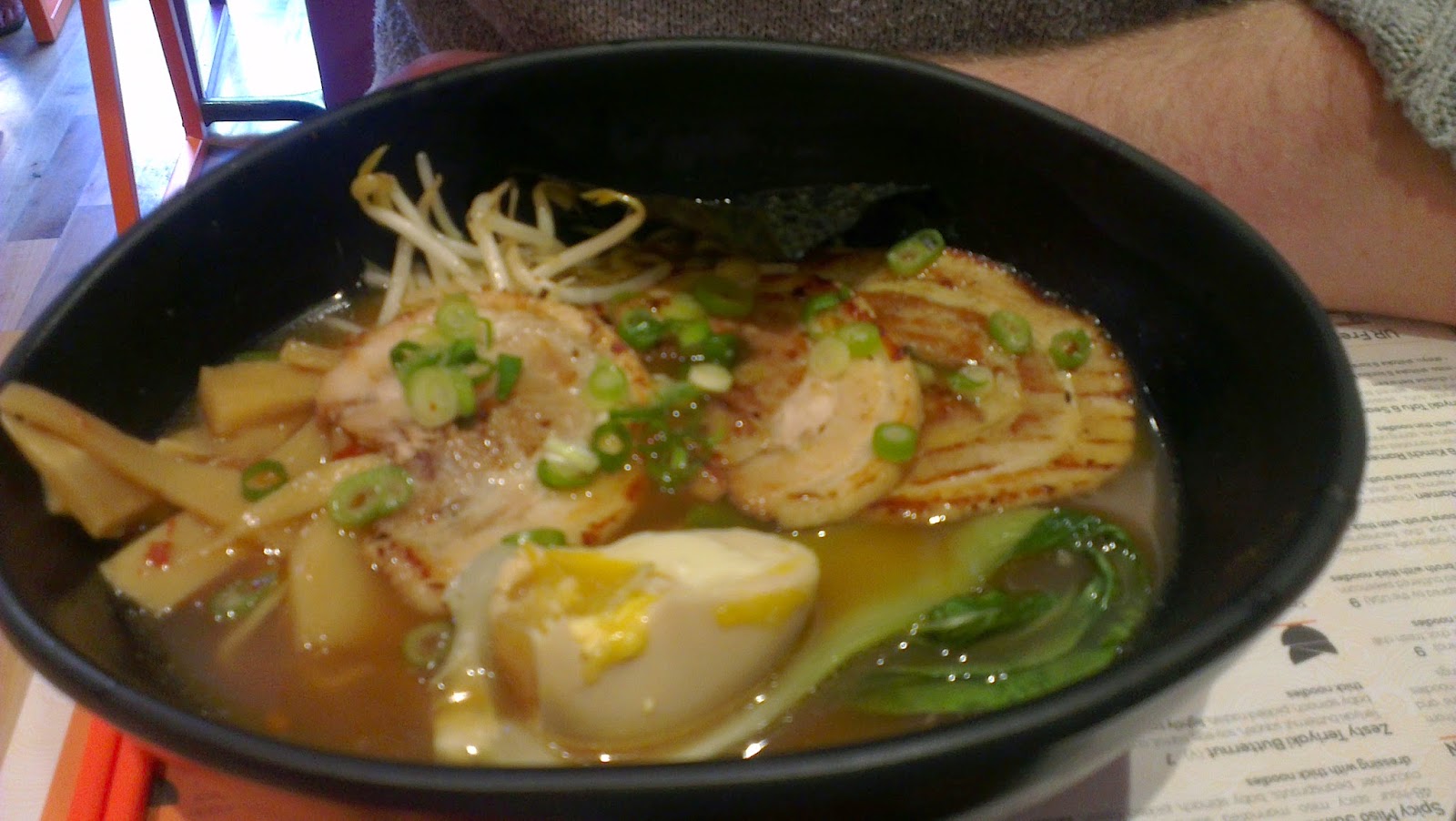 We had some kimchi on the side (a generous portion for 50p!) and also some pork gyoza which were both tasty enough. 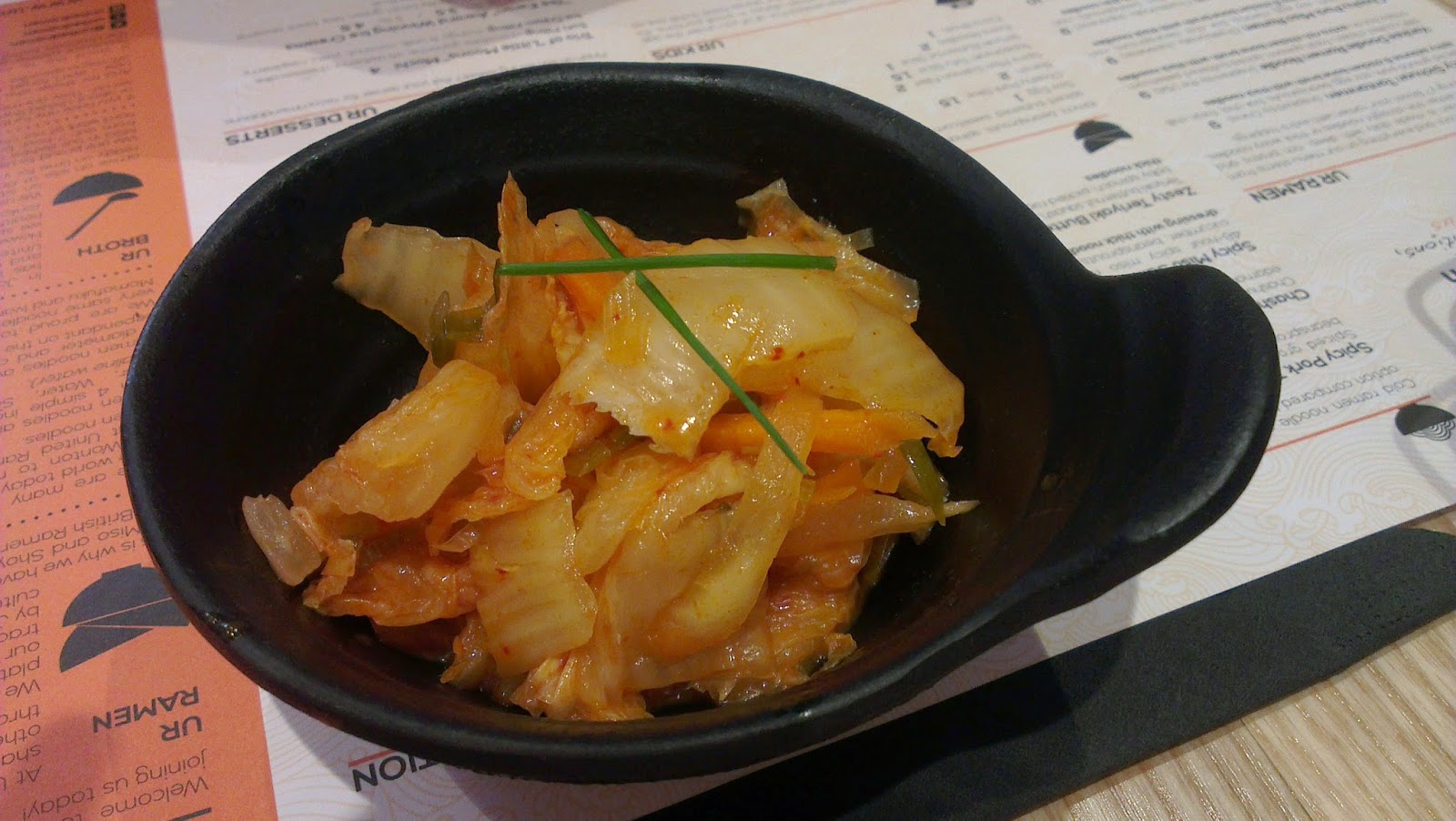 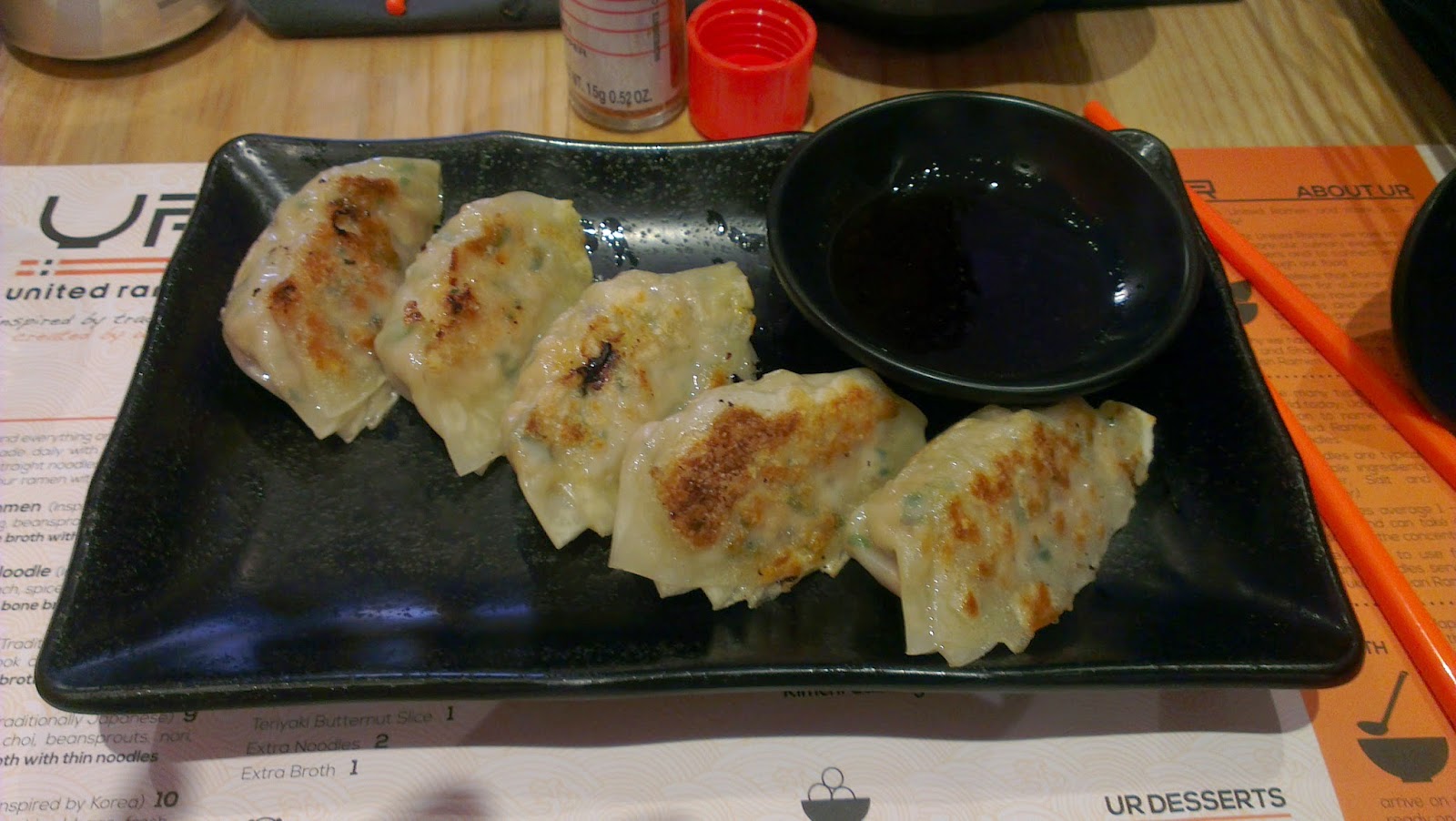 Find the menu and more reviews on Zomato.
Posted by Ginglesnuff at 1:53 PM