I rather amusingly found myself in one of the worst examples of a typical West End bar the other day, shortly followed by another!

Every now and then I go through my list of bars to check none have closed before I’ve had a chance to get there. I came across The Warwick, a bar I don’t remember putting on the List, but whose website promises to let you ‘escape the West End bustle at The Warwick. Surrounding you with a genuine laid back ambiance that perhaps country retreats are renowned for, we pride ourselves on our friendly atmosphere, tasty food and great range of wine & drinks.’

How had I never noticed this pub before, right by Piccadilly?

Well, probably because it’s a total craphole. As I neared the corner I saw what looked like a typically country-type pub and assumed I was going there. No – that is the Leicster Arms. The Warwick is the one with the silver lettering opposite. Silver lettering. Already I thought I had made some mistake. I entered anyway. Some dreadful mainstream pop was blaring and on my way to the loo I noticed one of the rooms was called ‘The Crystal Lounge’. Oh dear. I waited for my friend, apologized, and we left without even staying for a drink.

She suggested the rooftop bar of the Sanctum hotel instead so we went up there. And promptly left without even staying for a drink. For a rooftop bar, there isn’t much open air, meaning all the smoke from cigars etc clings to the area. We actually did try to order a drink but the poor barman was being harangued and abused by a woman and her friends and that was enough for us to decide we didn’t want to mingle with that crowd.

Instead we went to the Urban Tea Rooms, a charming little coffee shop/bar that had bottles of Prosecco on sale for £18. A lovely little place. We then tried to get into Spuntino but that was full and ended up passing by Polpetto which was decidedly not. I hadn’t been too in awe of Polpo but I really enjoyed my meal at Polpetto – some very lovely Italian cooking, especially the Welsh lamb papardelle with it's huge hunks of lamb and the bobby beans in garlic and white wine. The gargantuan pieces of focaccia deserve mention as did an exquisitely cooked piece of octopus, crunchy yet tender, which I managed to eat some of before the tentacle reasserted itself and I couldn't bear to put it in my mouth again. Fantastic! 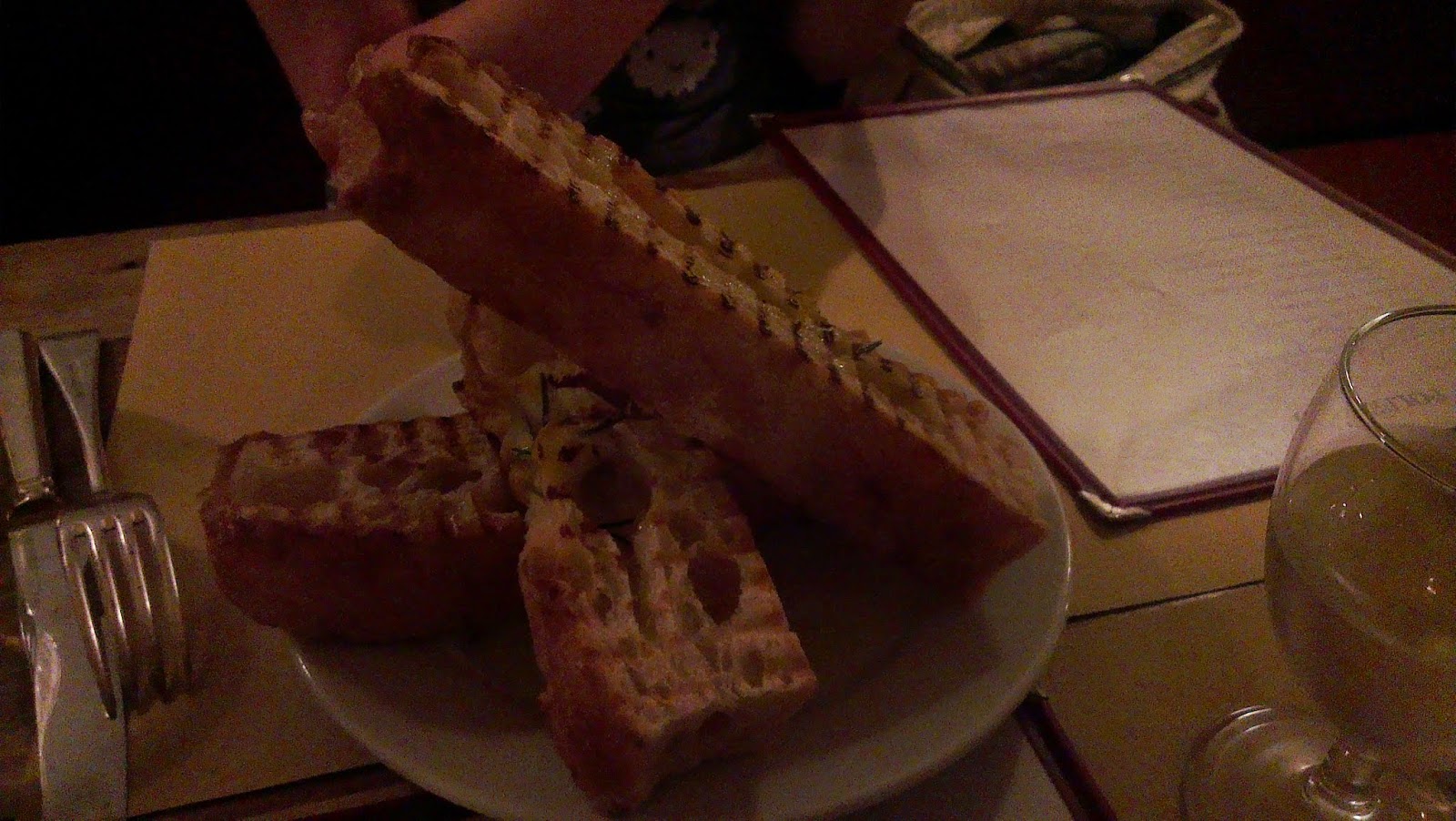 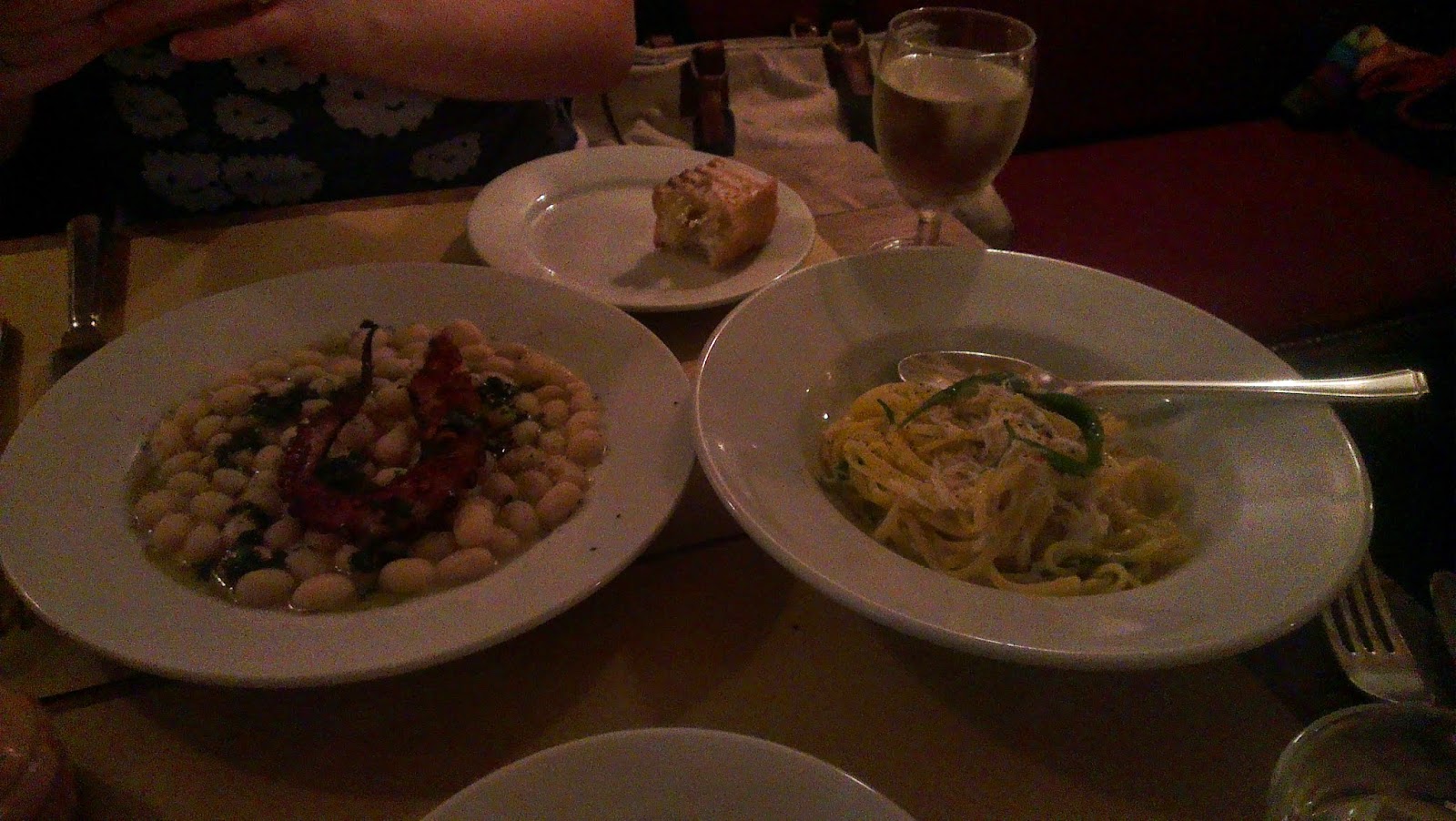 Posted by Ginglesnuff at 1:16 PM