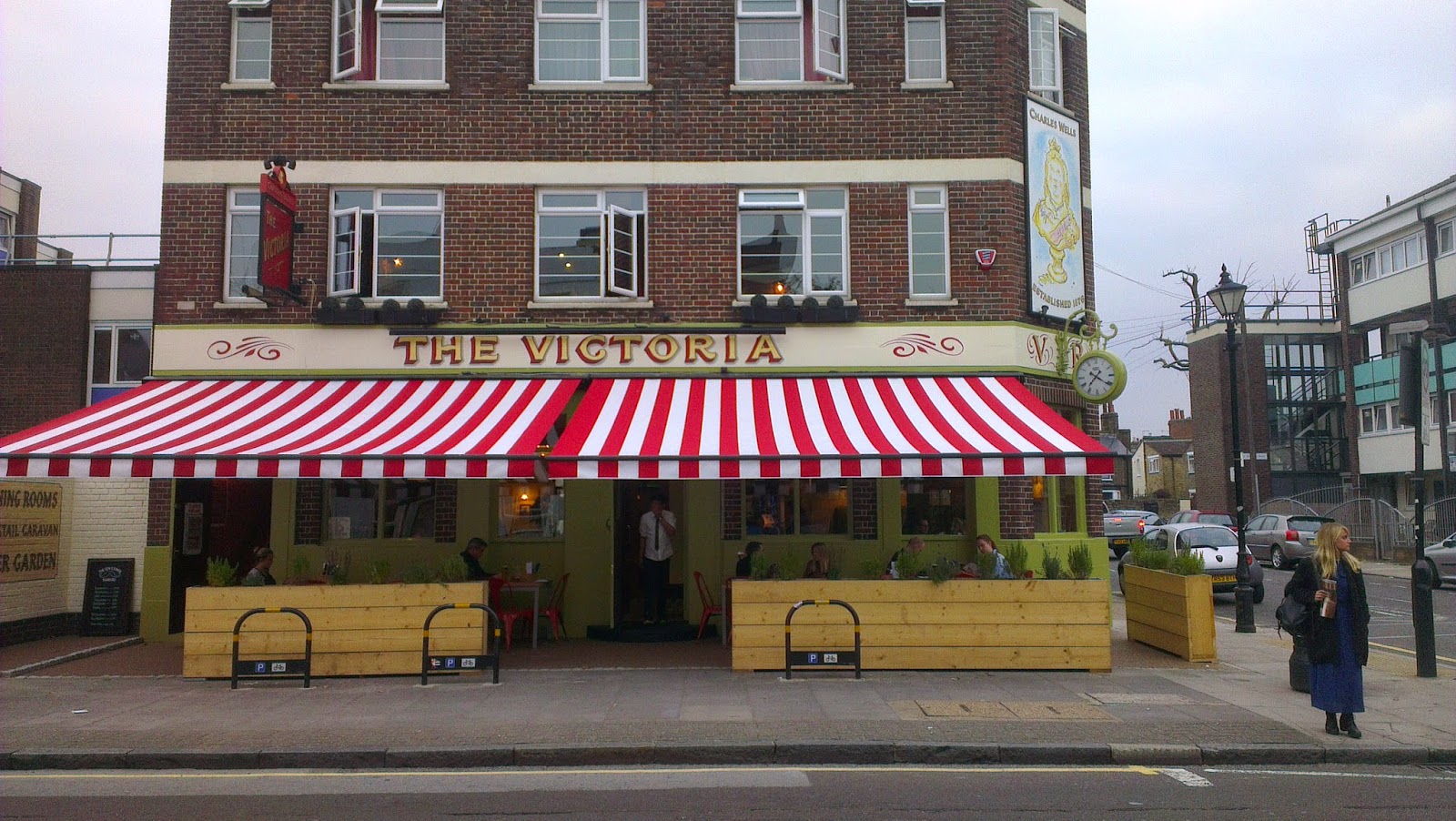 One of the closest pubs to my Flat in Mile End was/is The Victoria. But we rarely went in there, because it never really looked open, and the couple of times we did venture in, it was dark and devoid of atmosphere. So it was with interest I noted it had closed and was being taken over by the Yummy Pub Co, the team behind Somerstown Coffee House. I immediately found them on Twitter and was chuffed to be invited to their opening. 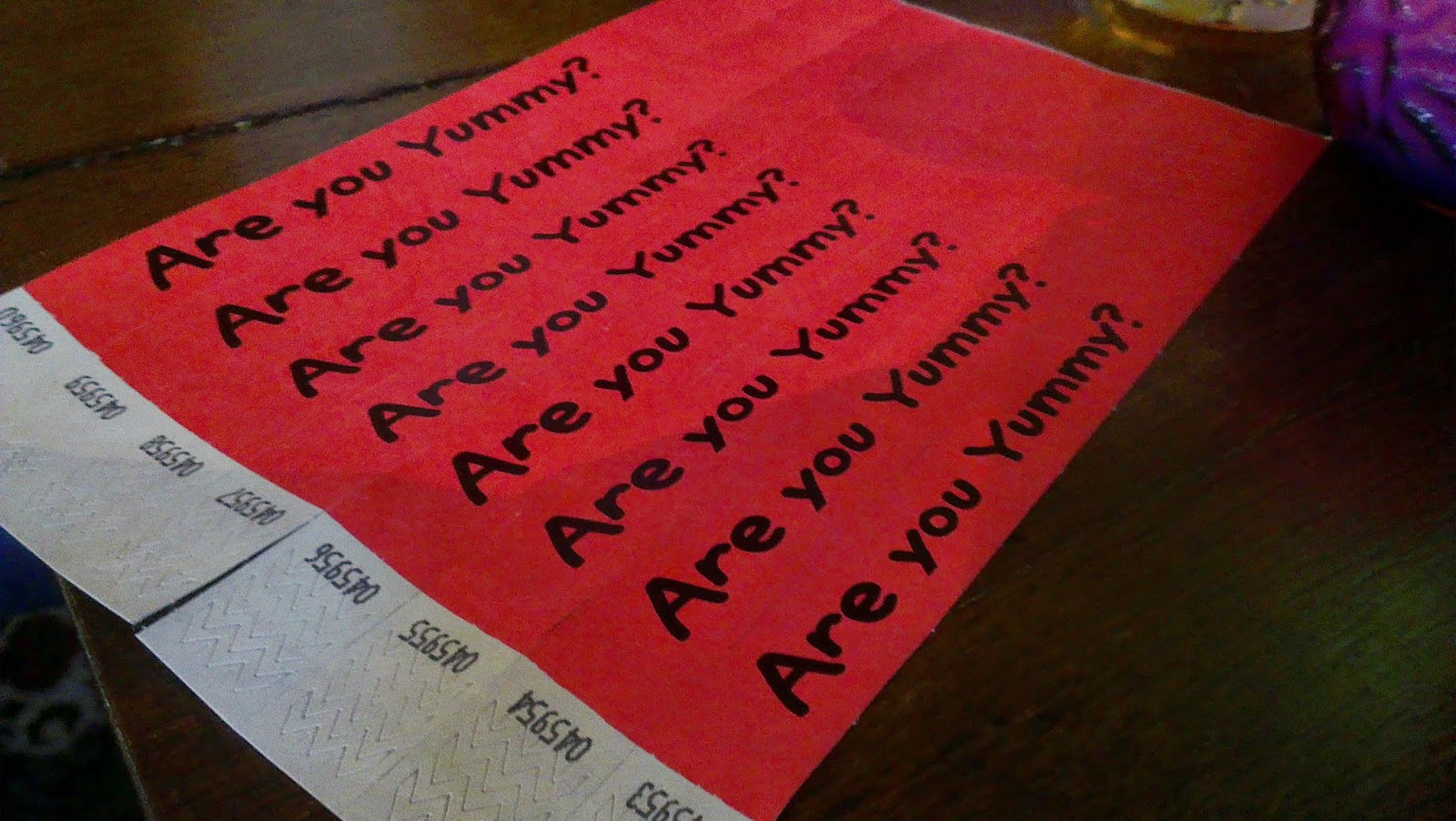 We were given the grand tour and treated to some food and some cocktails and other drinks. And yes, the word ‘grand’ is appropriate in this instance because they have turned the reborn Victoria into quite the large, smorgasbord of a pub. We’ll start at the front shall we?

Firstly there’s a little ‘cage’ that opens in the morning to serve the locals coffee and pastries. Then later in the day the pub proper opens, a warm and welcoming large area, with access to the beer garden where they have installed little cabanas and a caravan – Charlie’s cocktail caravan in fact, in homage to the first owner, boxer Charlie Magri. You can hire this out and get it stocked with any kind of booze you want! 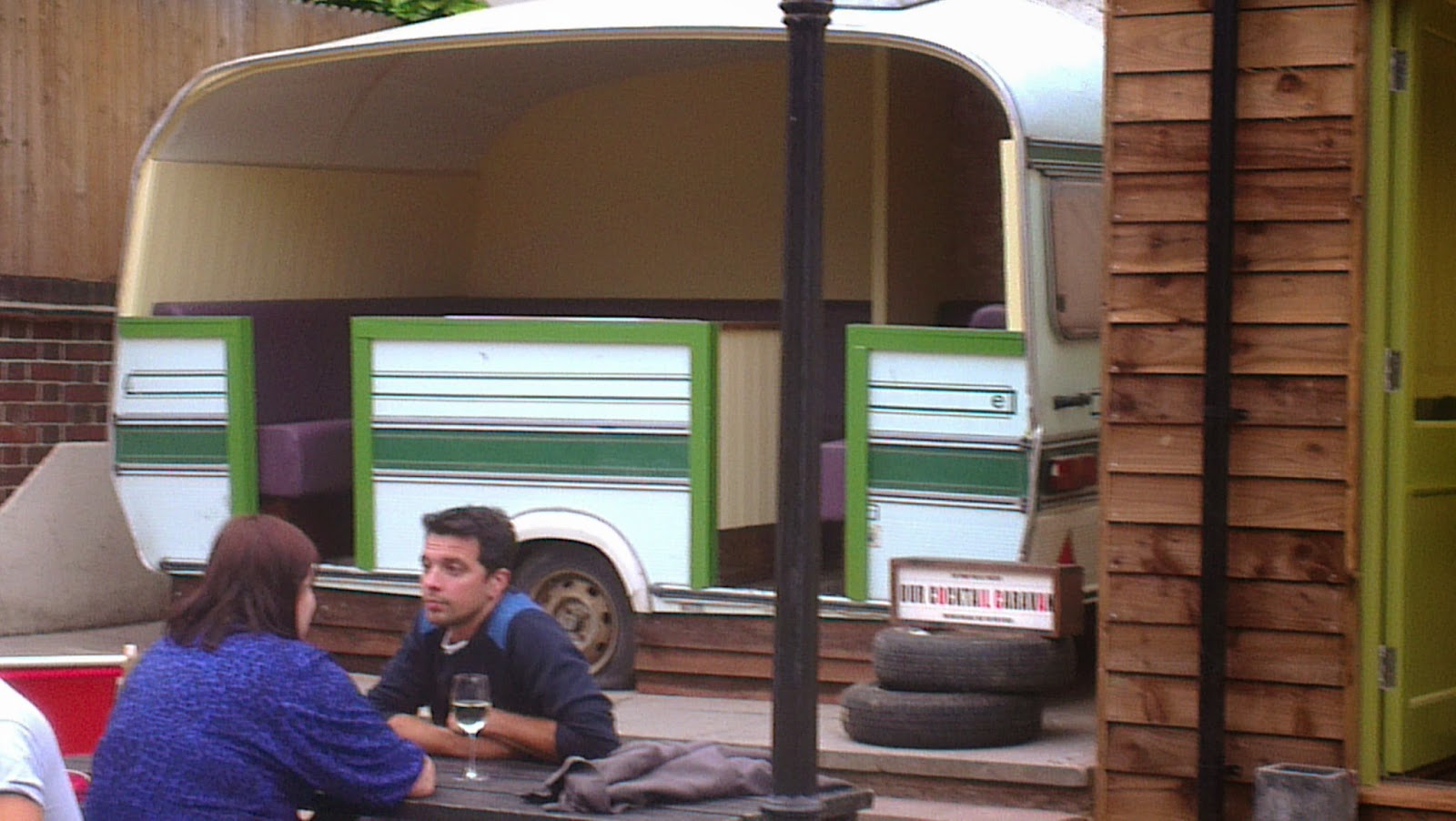 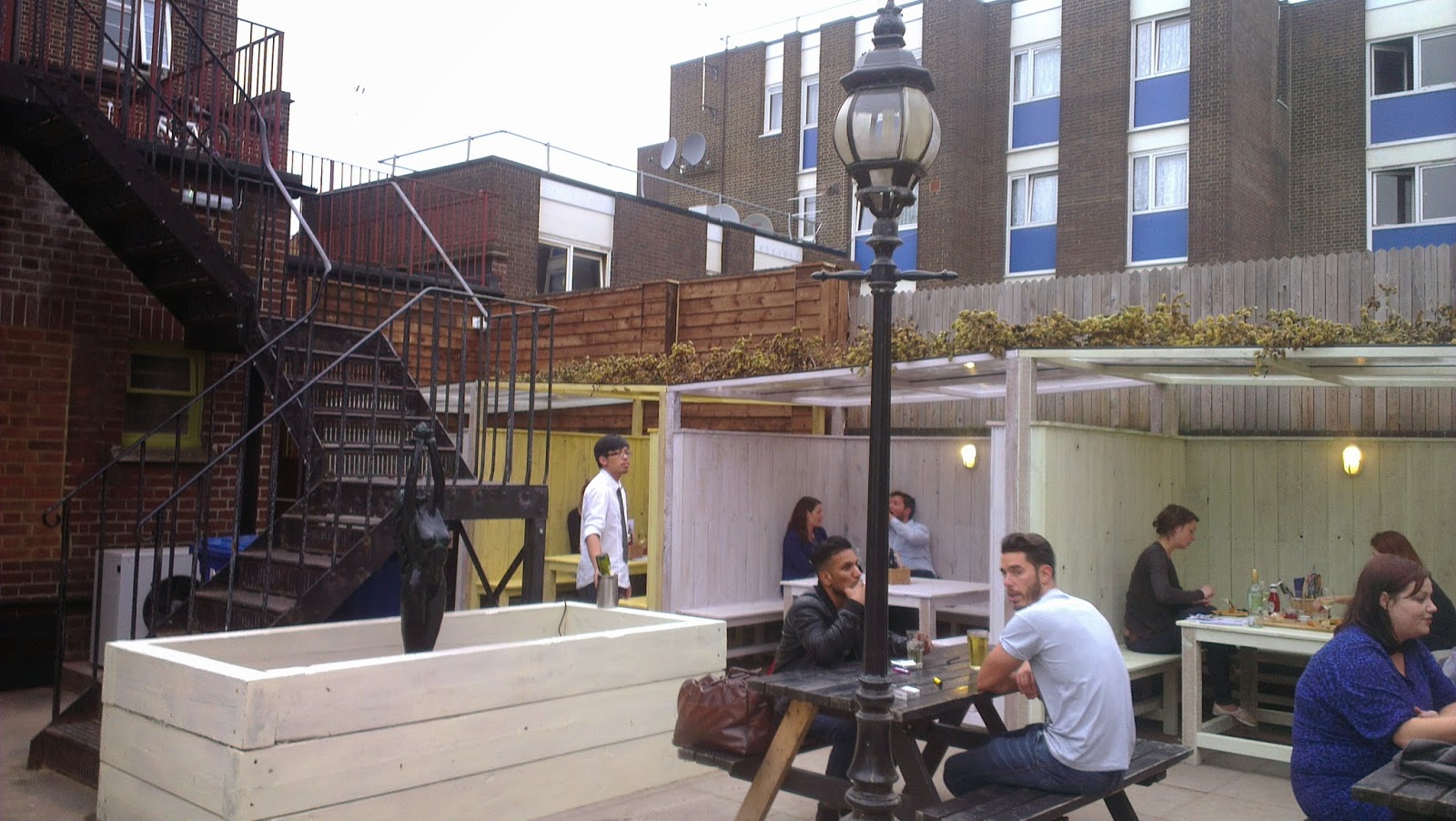 We then went upstairs to be introduced to the Board Room, a private dining area that can also be used to host meetings and events. From there we went to The Lodge, one of my favourite spaces – a mini country retreat that can be used for all sorts of things – the other Sunday they made it a child-free haven for enjoying one of their roasts. From there we went into another dining area, this one with full view of the kitchen, and we sampled some of their ‘British tapas’. The expected scotch eggs, honey and mustard sausages etc were on offer as well as some interesting vegetarian items which I thought were particularly nice, in particular some fritters and some goat’s cheese ‘dumplings’ which had just the right amount of goaty tang. I must confess, I didn’t try the scotch eggs as they didn’t look that tempting, and when Stephen was brave enough to try the cod and mushy pea version, he was less than enthusiastic about it. But the rest of it seemed pretty good and they also do plenty of big plate food to choose from, and of course roasts on a Sunday. 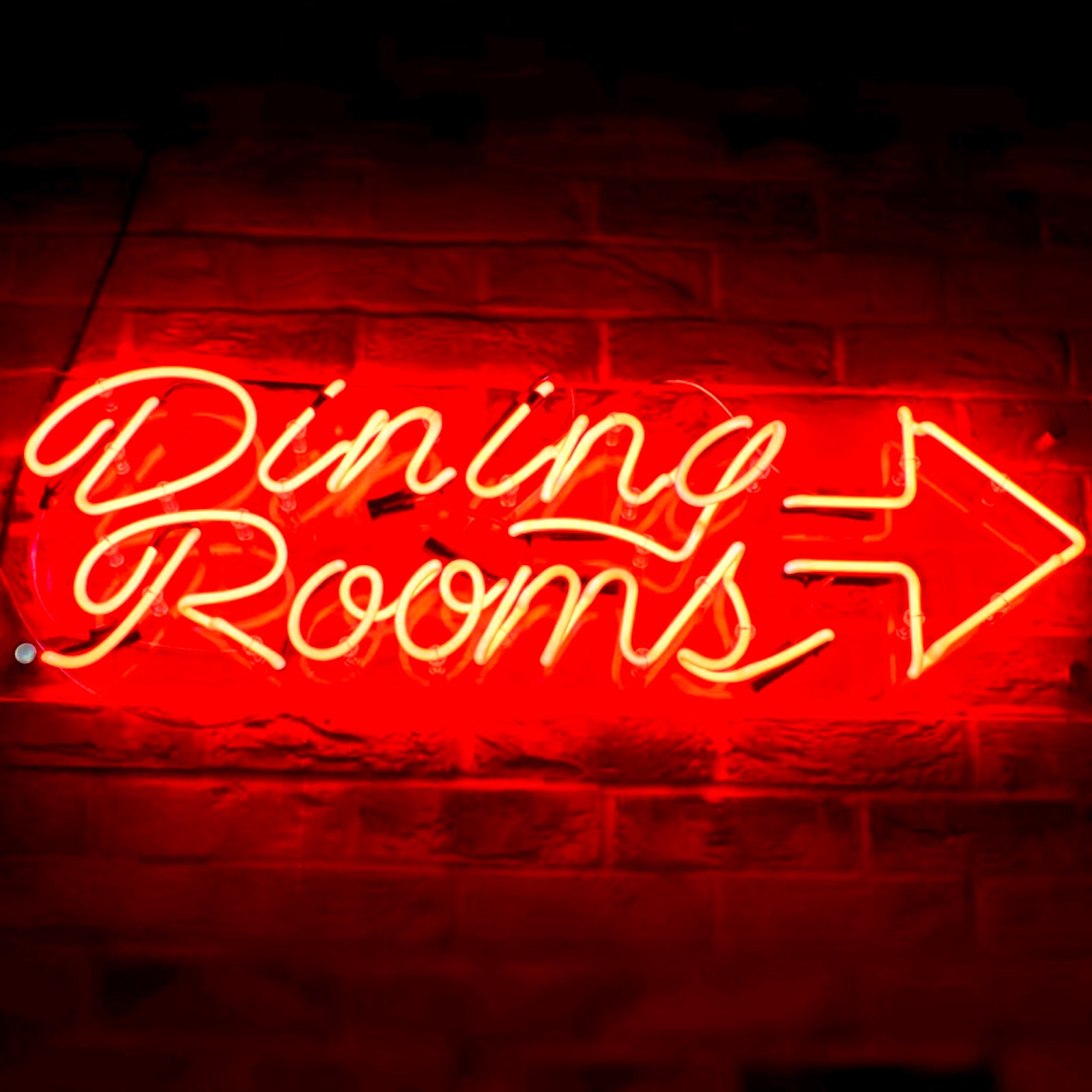 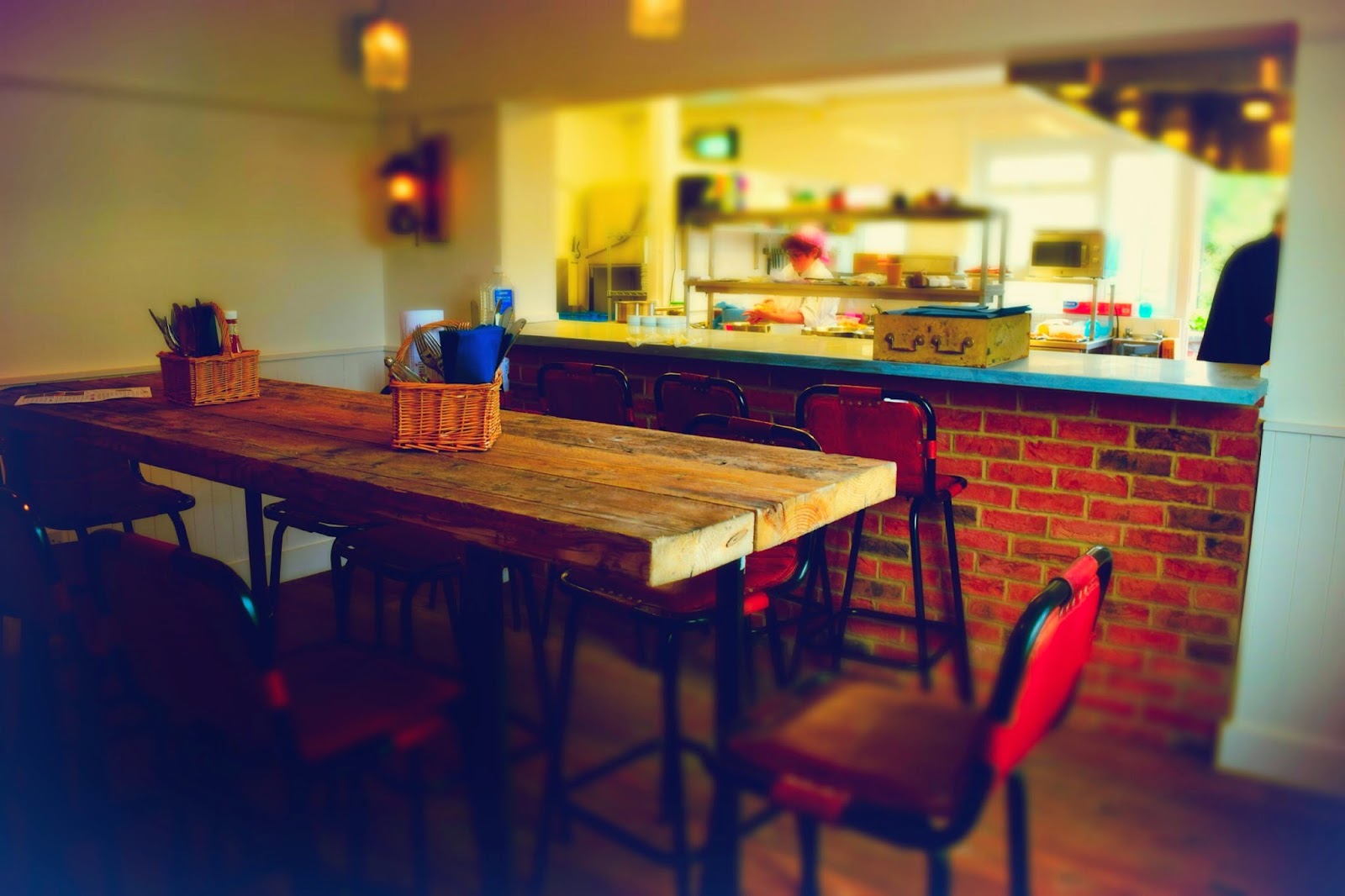 From there we were shown the rooftops where the plan is to use the flat roofs to grow herbs and veg, and even keep chickens! All for use down in the pub.

We went back inside and were treated to several cocktails made with the bartender’s own infusions, such as whiskey with orange and cinnamon, and one of the nicest gin and tonics I’ve had – though served in a ‘beer mug’ that was a little too big for a cocktail! 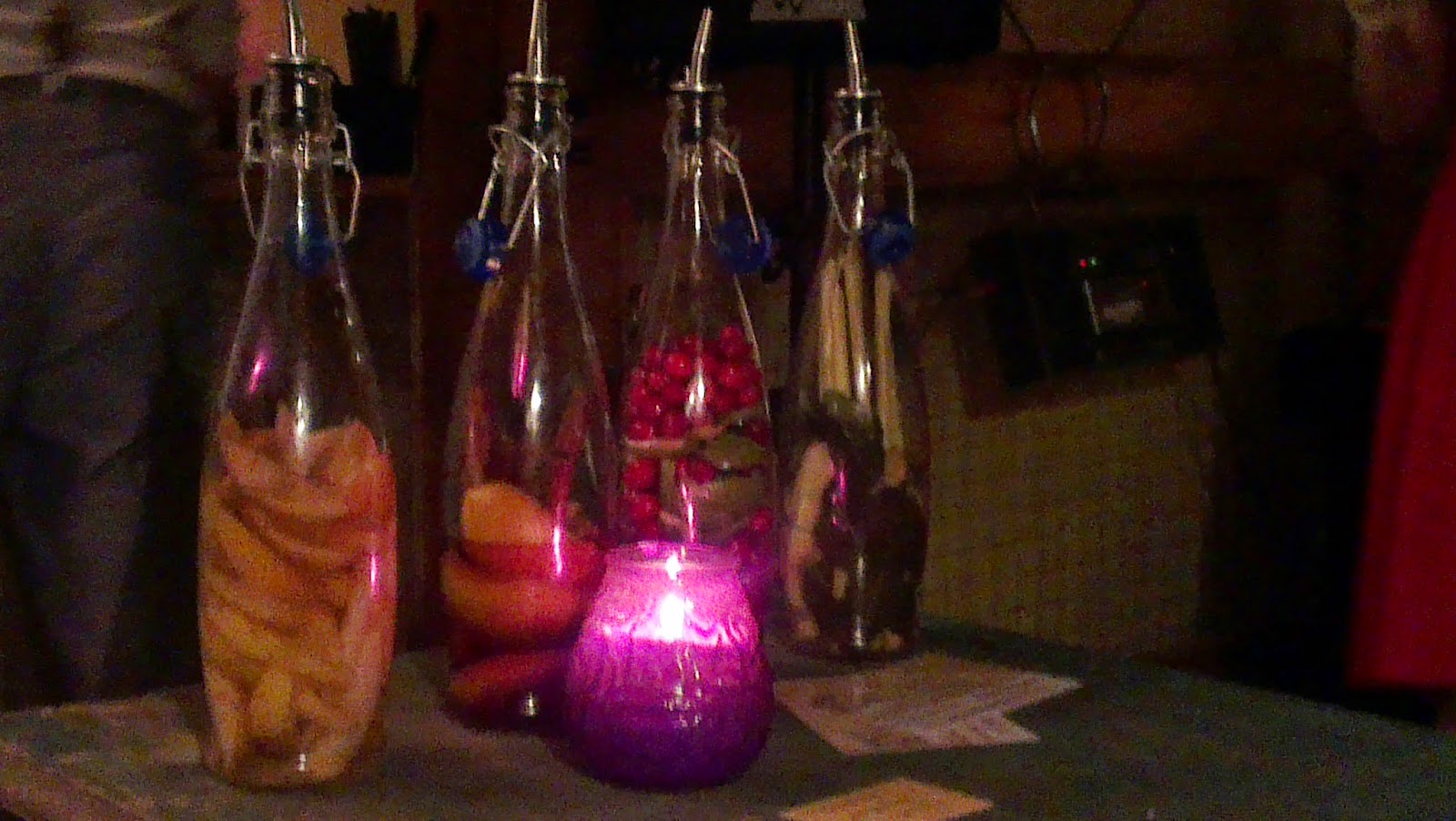 The Vic as she is affectionately known also keeps a little secret, a devious side which I am loathe to reveal, but let’s just say downstairs is not all that it seems. I wouldn’t linger over your reflection too much when you enter or leave the bathroom…

They have a good selection of beers and wines – I was very pleased to see a white rioja on the list,  as well as malbec and picpoul to have by the glass (or you can even treat yourself to some chateauneuf du pape!). We spent another couple of hours in there - the place was busy but not crowded, it felt comfortable, just the sort of ambiance you want from a pub mid-week.


This feels like a very ambitious project for the Yummy Pub co – in one pub they have channeled all their interests – cooking, drinking, cocktails and coffee and it could go horribly wrong.  However, they seem like the kind of people who like to rise to a challenge – who get a thrill out of pushing their boundaries, and so far it all looks and sounds amazing. I really liked the place and have already been back for a quiet Sunday night wine or two. I hope to be there more frequently and see if they make a success of it. Apparently the last place wasn’t very popular and the local residents didn’t want the pub to reopen so they are having to go out of their way to win over the neighbours and the result is a pub that is a cut above the norm. For Yummy Pub’s sake, and the fact I want a decent local to go to, I wish them luck. 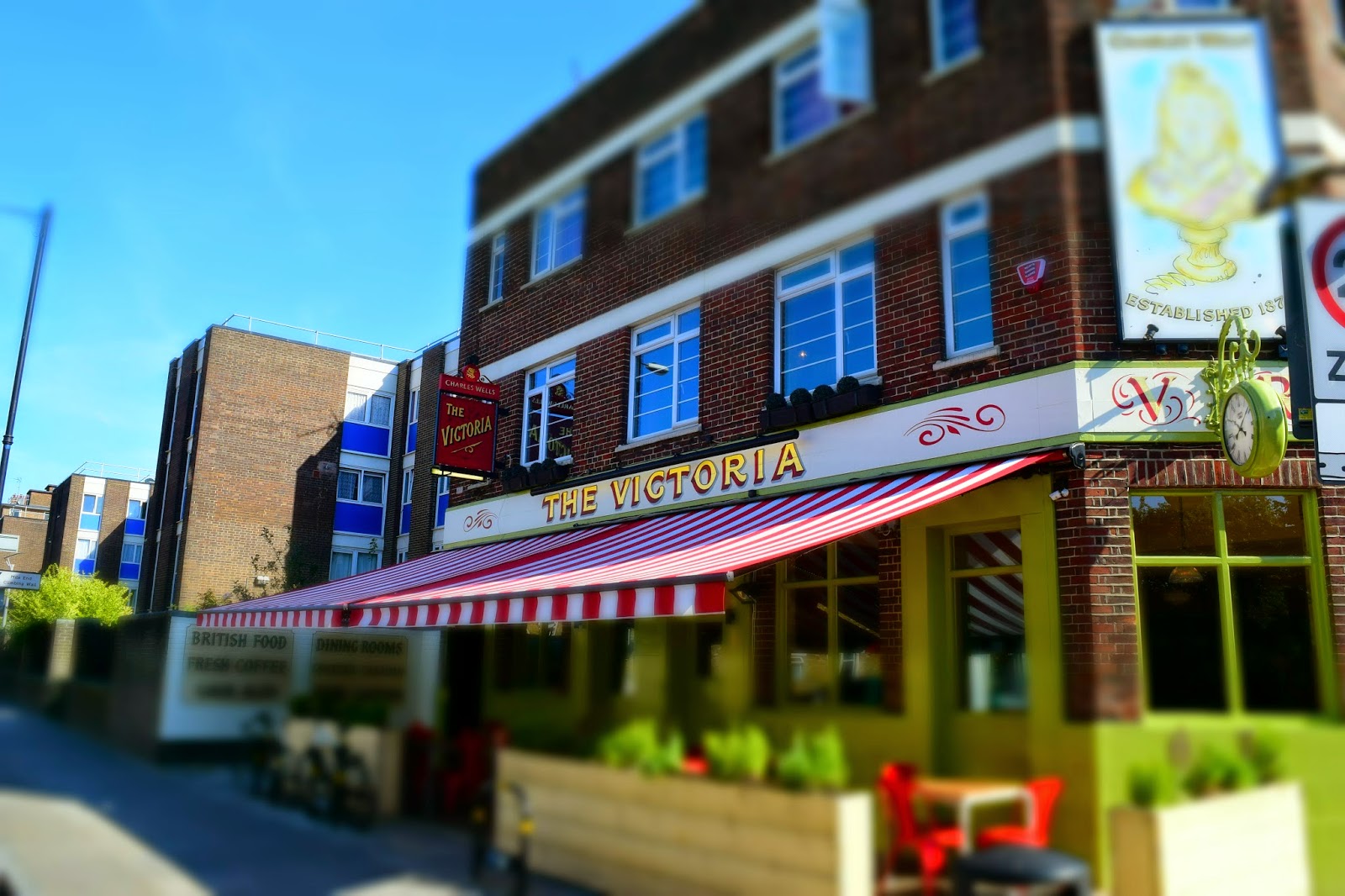 Posted by Ginglesnuff at 1:58 PM