Strolling down Fleet Street one day, I walked past what looked like a quaint little wine store. On closer inspection I realised there were people inside drinking and that it was actually a wine bar. El Vino have several of these bars in the City, some of which have been going for 128 years in some form or other with the one on Fleet Street being the oldest. I went to El Vino on Wednesday night with my best friend. I specifically chose this place over the many other bars I want to visit because we're both a little low on funds and, shutting at 10, I thought that would stop us from splashing too much cash. They also serve food including a selection of tapas (even olde wine bars are not immune from the small dish pandemic) but a lot of it wouldn't be recognisable as tapas - as it was a hodge podge of different cuisines like English whitebait and beef burgers, Italian bruschetta or Spanish chorizo and fabadas).

I had called in advance to make a reservation in the bar area - we planned to eat but not eat enough to warrant a table in their dining room. When we got there, they had no record of my booking but fortunately a couple left even as we were debating what to do and we grabbed those seats. 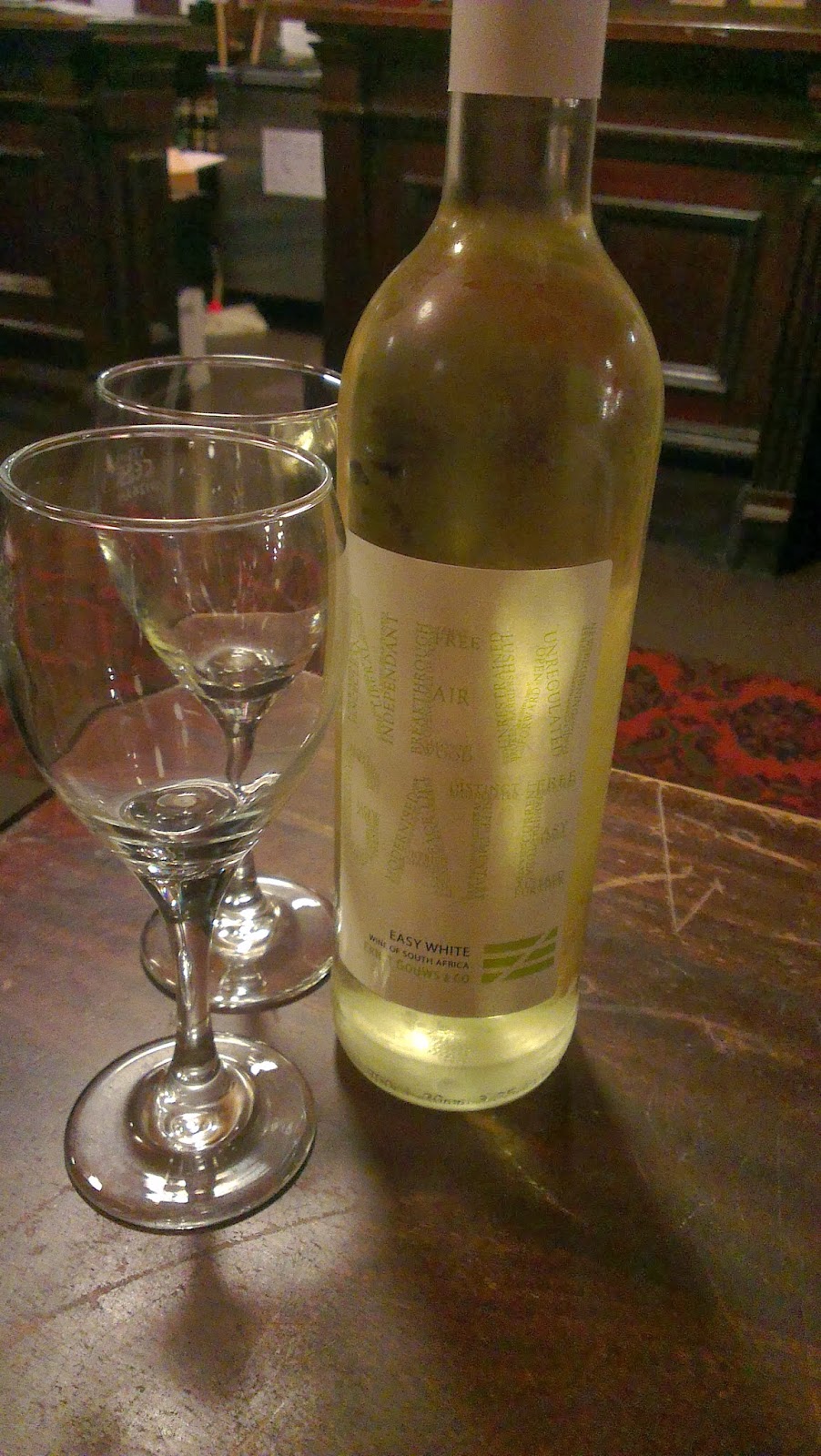 We plumped for a dry white wine called 'New Gate', a chenin blanc which amused us no end by being labelled an 'easy wine' on the bottle. It was just less than £22 which was pretty good value and it really was an easy to drink wine. We got through it in no time.

Being the responsible drinker I am these days *ahem* I had planned to avail myself of at least one of the small dishes on offer. Sadly, we didn't get the chance as, despite the menu advertising food until 9 pm, at 7:30, one of the girls came round and whisked all the menus from the tables. We had to make do with ordering another bottle of wine instead.

This time we went for a muscadet (my choice) and I must say it wasn't my favourite - it had quite an oaky taste which I normally avoid like the plague and which was not at all hinted at in the wine description. 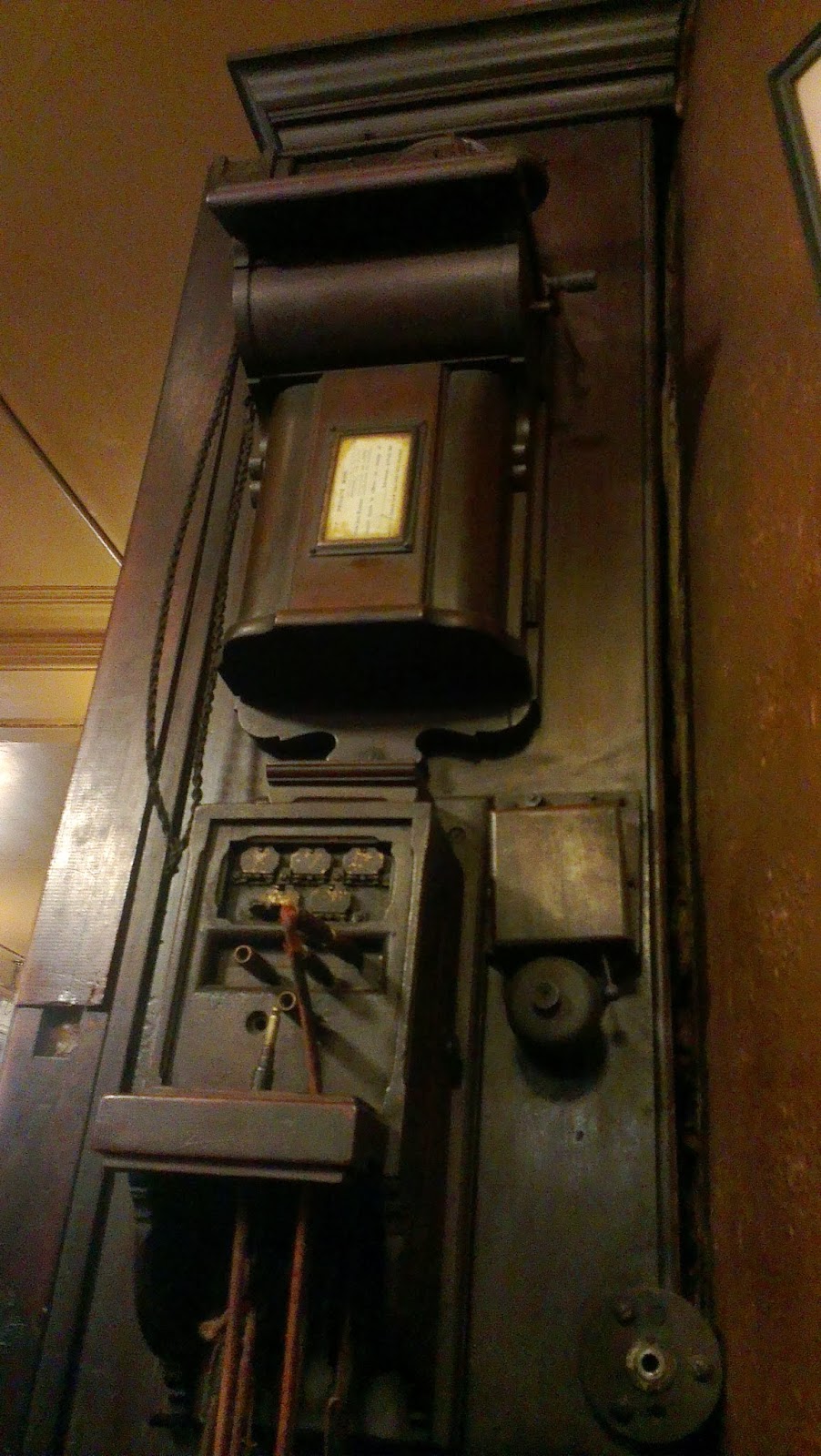 The bar was starting to shut by the time we were nearing the end of our second bottle and if we had left then, all would have been well. But we had started talking to these older gentlemen who were pretty merry themselves and invited us to split another bottle with them. Which lead to one last drink in the pub up the road. Which resulted in the worst school day hangover I've had since 2008. I completely and utterly blame El Vino for taking away my opportunity to line my stomach.

El Vino is like an old man's pub but for wine drinkers, rather than what you probably typically envisage a wine bar in the City to be. On a Wednesday night all the seats in the bar were taken, and there were a few people standing at the bar, and it wasn't the kind of place you'd feel comfortable just standing in the middle of the room. Traditionally it was frequented by the Fleet Street journos but that has given way to workers in the legal profession (the more pompous of whom we couldn't help but overhear). I must say, that rather than feeling cosy as I had imagined it would when I put it on the List, it felt a little stuffy and slightly threadbare! If you were to compare it to Sager and Wilde, for example,then... well, there is no comparison. You'd be better off comparing it to Ye Olde Mitre or similar, and even then I think Ye Olde Mitre would win. And I'm not just saying that because of the devil of a hangover the place gave me.

Find the menu & restaurant information on Zomato
Posted by Ginglesnuff at 8:12 PM