I’ve got a bit of a thing for bingo and as soon as I heard there was a new bingo night on at Oslo in Hackney, I knew I had to see what it was all about. This one was entitled YOLO Bingo, and I had to know what was so YOLO about it. Kind of implies a wild night, doesn’t it? 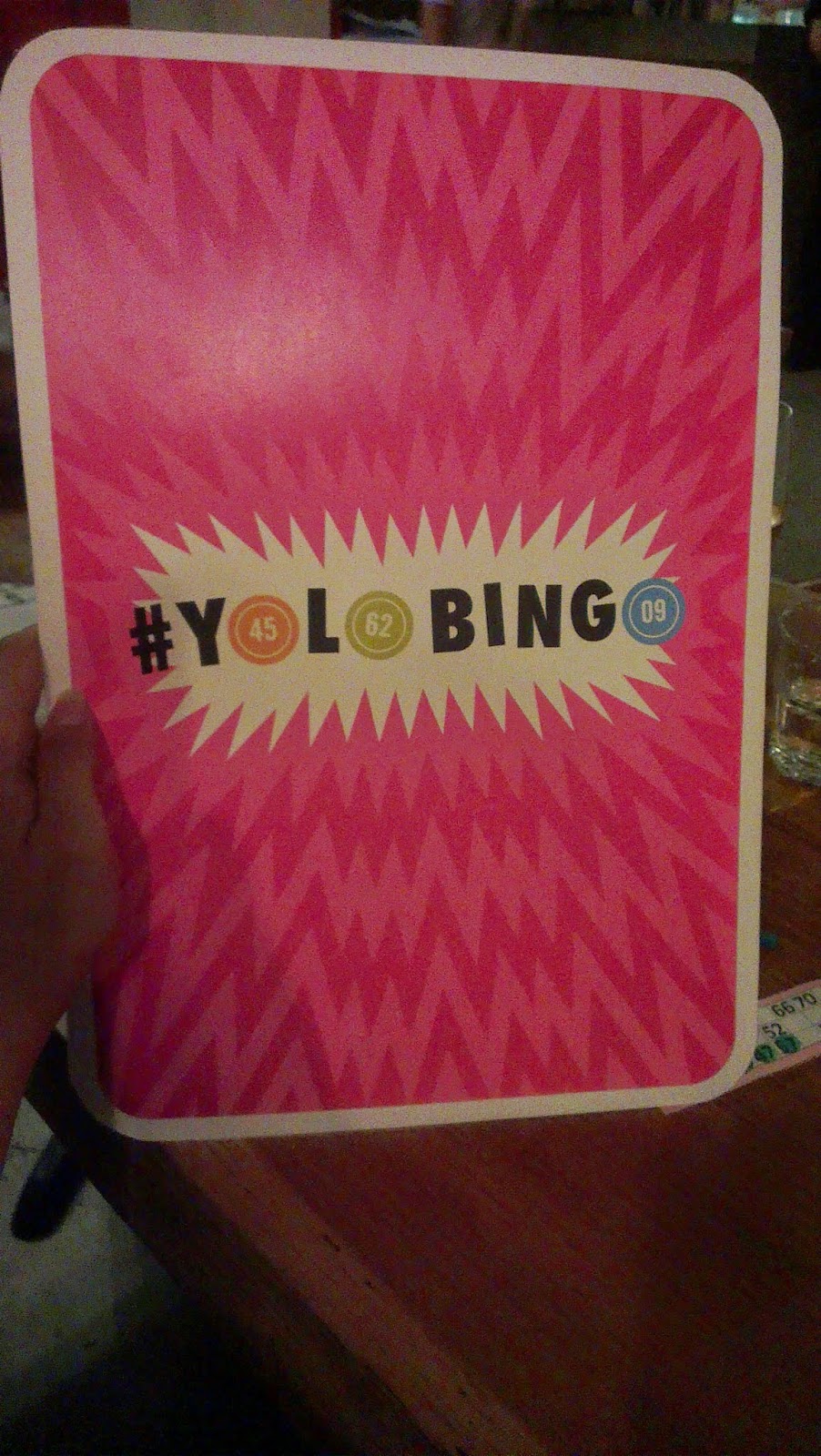 In this case, I think the YOLO was rather ironic. Our host for the evening, Nimrod, is a rather nerdy, straightlaced, deadpan caller – the very opposite of what YOLO seems to be all about. Not for Nimrod are dirty, made up bingo calls. No, for him: bus routes. ‘No 73. As in, the bus.’ Or, he might get a little risqué: ‘No 22: My age… No 69: Your girlfriend’s age’. But that was rather funny in its own way. 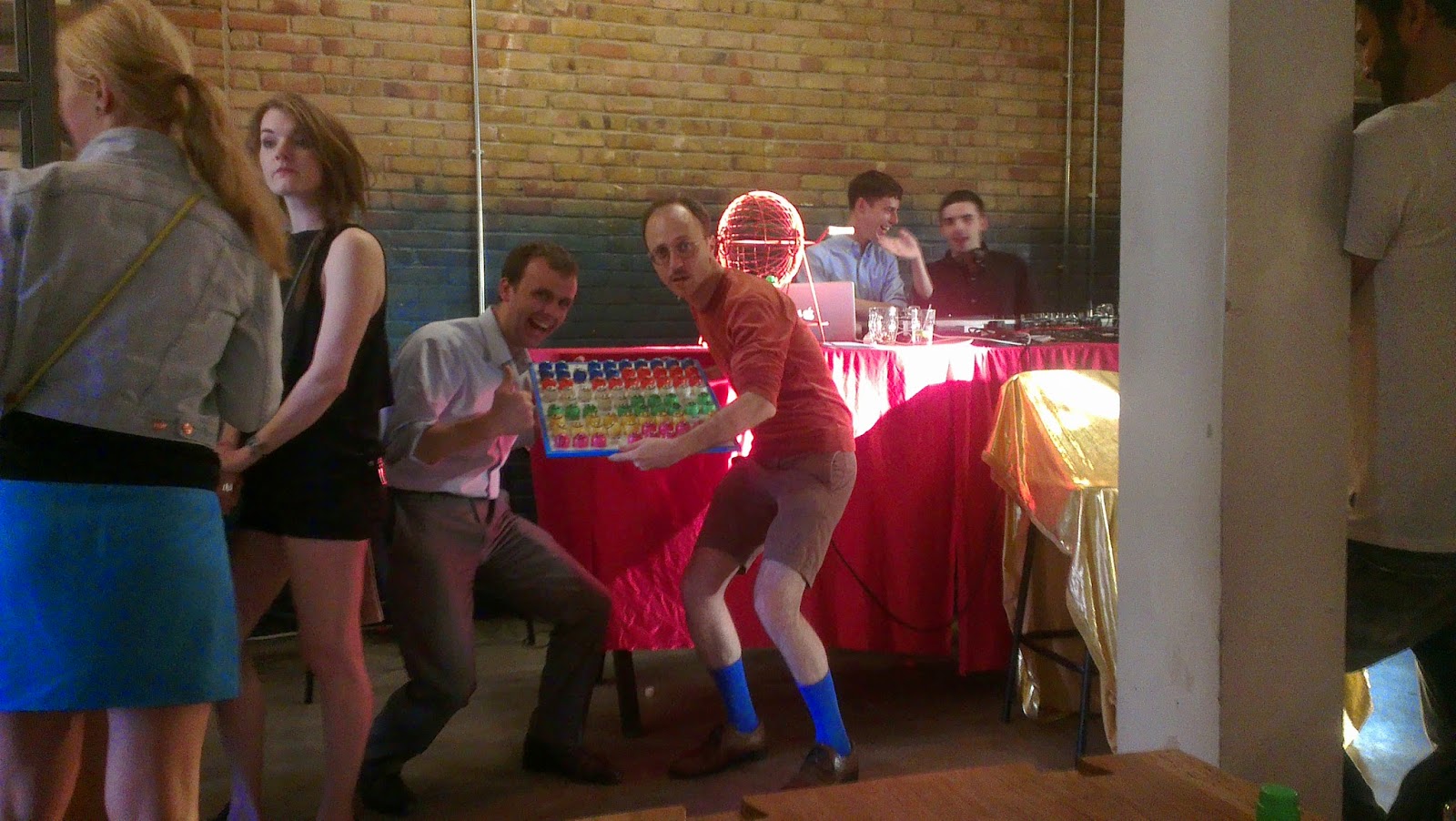 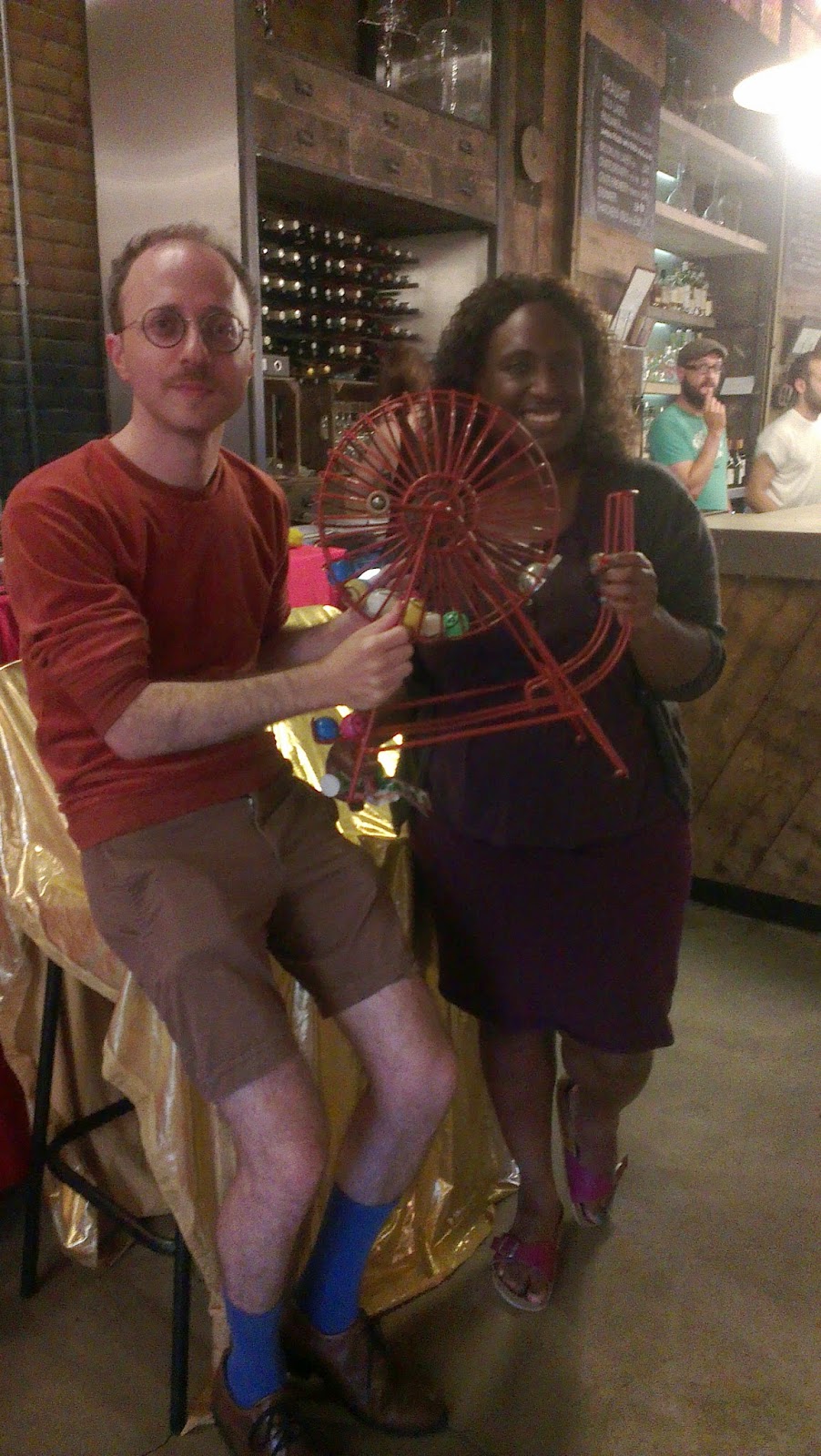 In between the six rounds of bingo were six rounds of a pub quiz which could only be said to have a hipster theme. The first round was exclusively about the London Fields area, which was infuriating as I know it fairly well but still didn’t quite know the answers. What was the name of the café that closed because of the building subsidence next to Oslo? What is the name of the first coffee shop you come to on Broadway Market? Etc etc. Or there was a round that was mainly Camden themed – on what square did Amy Winehouse live, for example?

Turns out my team won the quiz but that could only be because the questions were quite fiendish and everyone else did so poorly, not because we did so well. 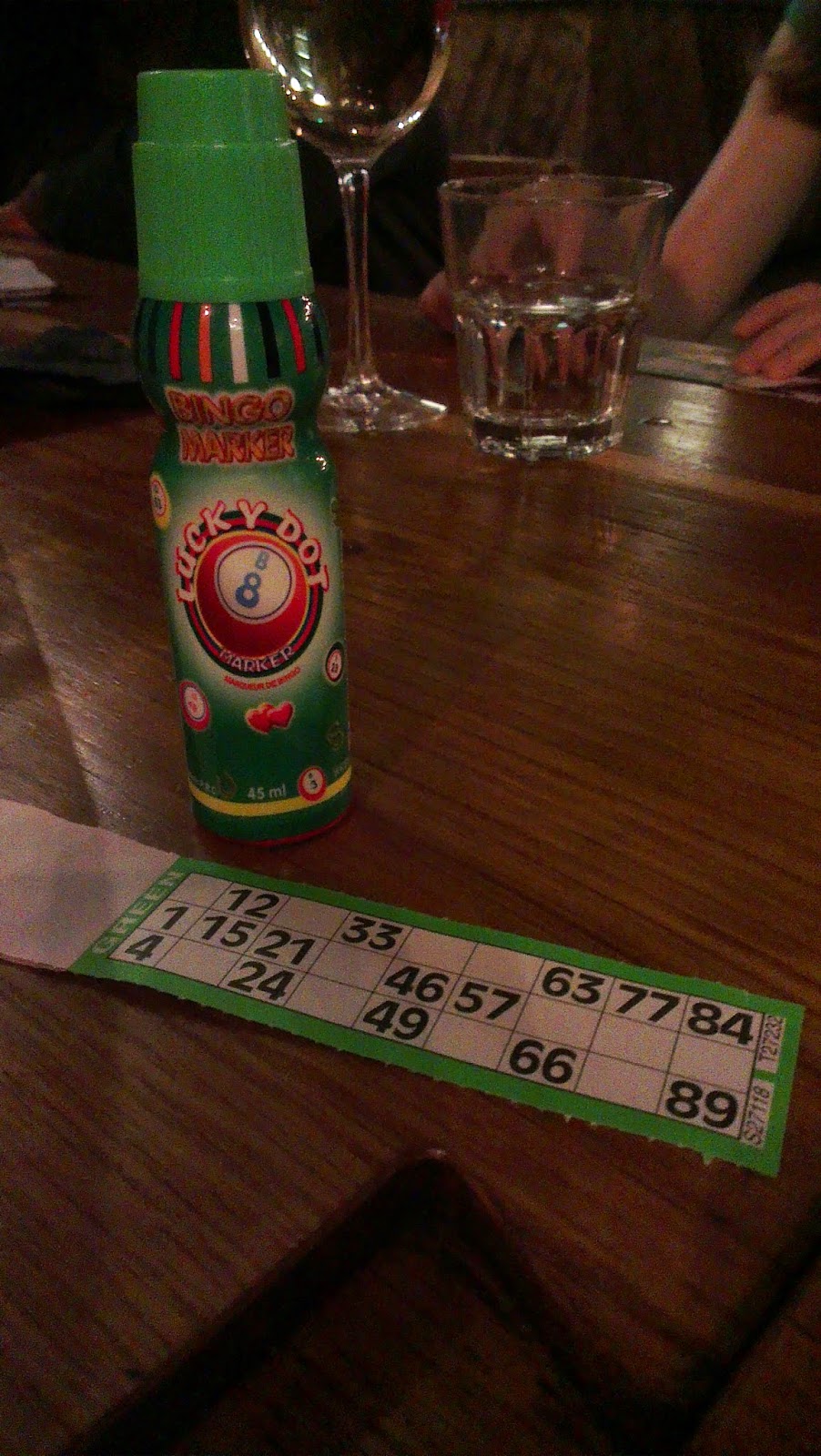 Bingo was pretty straightforward – first person to get a line then the first person to get a full house would each win prizes, and they even had proper bingo tabbers. If two people shouted out at the same time, it was a tie break that had to be solved by guessing how many Twitter followers a celebrity had. In fact, to win the grand prize of the quiz (I don’t know what that would have been) we had to play Twitter-follower Play Your Cards Right whereby they showed you pictures of two celebrities and you had to say who had the most followers. I was doing very well until the last one where I discovered to my horror that Harry Styles has vastly more Twitter followers than Beyonce. Best get tweeting Bey – 8 tweets is no way to build a following.


But we still won a £20 bar tab for our efforts. All the prizes were either £10 (for a line) or £20 for a full house. My meetup group made up most of the participants so we just kept on winning bar tab after bar tab. We had so much money to spend, we didn’t even spend it all! Not bad going for a game that only cost a quid to enter! If you like bingo, or just like drinking, get on down to Yolo Bingo!
Posted by Ginglesnuff at 12:15 PM