For the first time (I’ve only lived in East London 7 years, and literally down the road form Vicky Park for 4) I went to Lovebox. And I was gonna do it right – that meant both days back to back. Previously it has been a Friday to Sunday event, but they decided to condense this year and concentrate the quality into two days. By going both days we noticed a marked difference in crowds and vibe.

Friday was the young, dancey, druggy day. The place was awash with gurning students, all doing that weird shuffle dance, like it was some big musical and everyone had spontaneously broken into a choreographed dance. It was actually rather eerie to watch sometimes. Everyone dancing in exactly the same way like robots. It was also one of the hottest days of the year – merely standing still caused an obscene amount of sweating. So there was a LOT of demand for the free water taps. Which were a great idea, but:


a lot of people chewing their faces off
+
the hottest day of the year
=
queues for water that were half an hour in duration.

Not pleasant. By the time you got to the front to fill your water bottle, you were thirsty enough to empty it again. We noticed later in the day that on top of the number of bars (of which there seemed to be a plentiful amount) they had some guys with portable tanks of beer and cider, filling up pints on the go. Oh, if they had only done that with water as well! 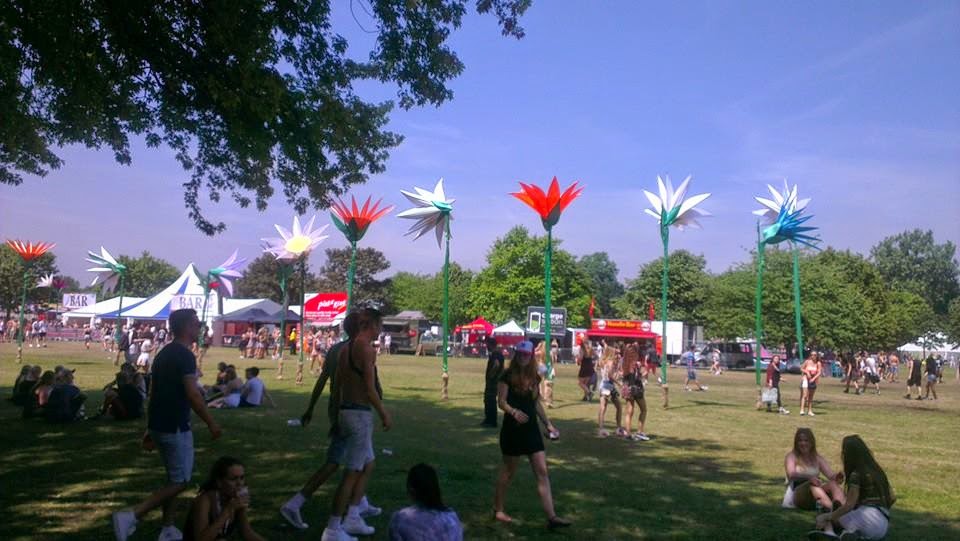 There were a lot of artists I wanted to see, but I also just wanted to soak up the festival atmosphere so we got there early and wandered around the whole site before getting into dance mode. My favourite tent in terms of aesthetics had to be the Red Bull tent – it was like a tiki beach hut in there! 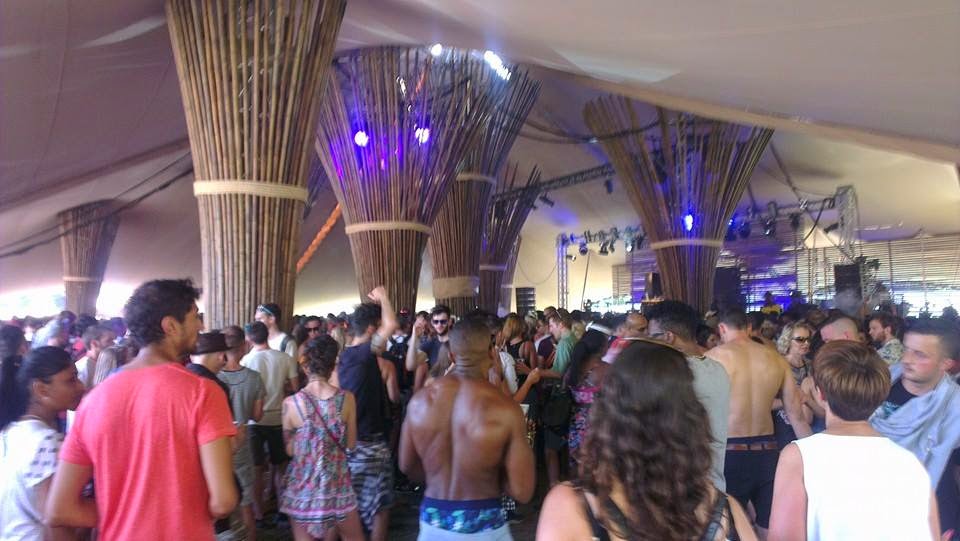 There were also cocktail tents, a pirate ship and a dance off stage where we learned and then watched some belly dancing, and then a dance troupe killing it to African beats and Drums of Death. And there were some tents that weren’t tents at all, but areas for dancing cordoned off by a wall of music. Such was one of my favourite sets of the day – Shy FX at the Bearded Kittens manor, treating us to some jungle, drum n bass, reggae and hip hop. And the headliners Chase n Status were phenomenal. By this point a few drops of rain had started to fall but it was welcome relief after the immense sun of the day, and made Chase n Status cool in more ways than one. 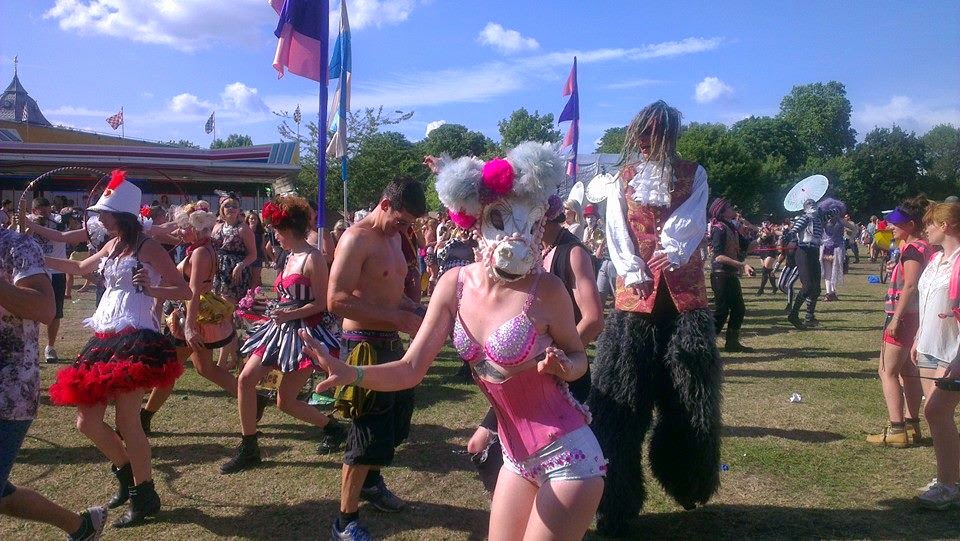 Saturday had a completely different feel – more a bands festival than a rave. On the Friday I think we only heard two live voices all day, Saturday was awash with live acts and bands. And a much different crowd – the drinker crowd. Suddenly the bars we thought were plentiful and easy to get to the day before seemed far less bountiful and all completely rammed. And everyone was being asked for ID, even though half the crowd were in their 30s. Same as the day before, there were a few random things happening as well as the main areas – we caught the burlesque parade (above) as we made our way to the main stage, and Little Gay Brother were once more set up at the Cider Tent. Saturday’s highlights had to be watching Soul II Soul in the sunshine – a perfect afternoon activity and they were just brilliant. Caron Wheeler looks like she hasn’t aged, and her voice was as soulful and mellow as ever. Nas wiped the floor with his set and M.I.A turned the whole place into a party with her amazing lightshow – both on stage and created by handing out glowsticks to the crowd. We unfortunately didn’t see all of her set though as we wanted to leave to go out partying at the Queen of Hoxton… among others (see below).

I don’t know what the food has been like previously but this year there were some serious eats to be had. There was a whole BBQ area where you could choose from Miss P’s, Smokestak, Smokey Tails and Kurobuta, and I noticed Spit and Roast, Bonnie Gull and Mama’s Jerk elsewhere. I had decided on my list were Kurobuta and Miss P’s but in the end I didn’t get Miss P’s – I had a Popdog instead, which was great – you choose your frank: pork or beef, and then it’s up to you to load it up with toppings. I smothered mine with jalapenos and sauerkraut as well as some ketchup and mustard. 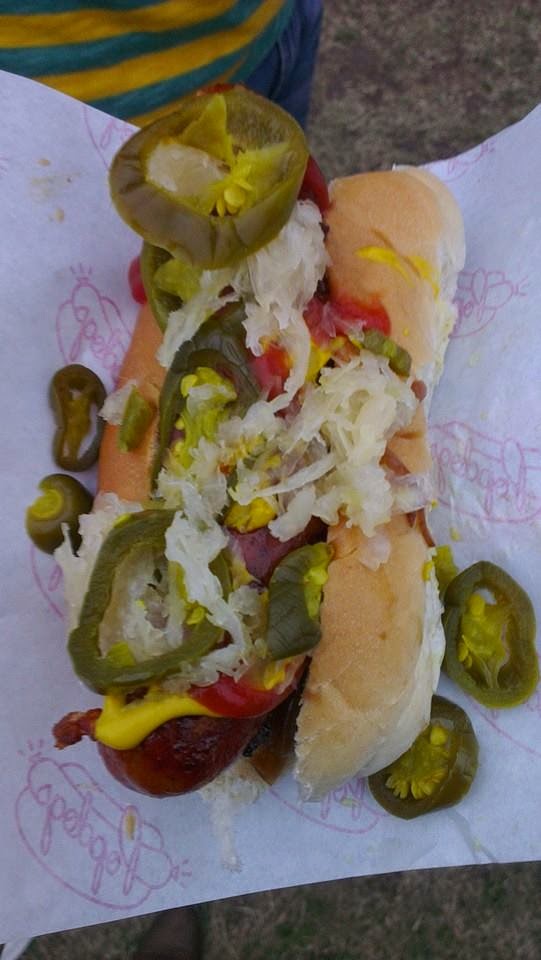 But on the first day I made a beeline to Kurobuta to try some of their buns. Big, crispy on the edges slabs of pork belly came with pickles and this amazingly, fiery, nutty sauce on the side. Plus onions and cucumbers in the buns. Fabulous food. 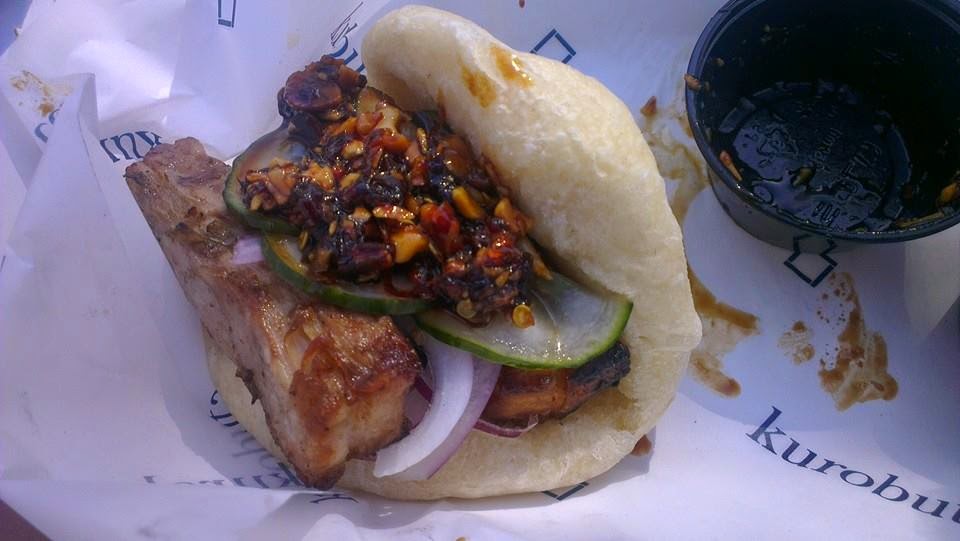 We also had a Crosstown Doughnut as we chilled out listening to the pumping tunes from the Roller Disco, curated by It’s Supa Dupa Fly. Kind of a shame they didn’t have a proper tent to dance in!

What’s a festival without an afterparty? Well, in this case we eschewed the official ones and went to Queen of Hoxton for Artwork, Logo etc. But it shut at 2 and we never go home that early. Instead we found ourselves in the Joiners Arms, a gay pub recently threatened with licencing issues and saved with a loving campaign. This place did remind me a little of Ye Olde Axe – it’s just a large pub, but it was a lot of fun, and friendly, and not at all full of men just on the prowl, which is what I’d heard before. We made friends and when that place shut we went where everyone else apparently goes after – East Bloc by Old Street roundabout. Don’t ask me what that was like – by the time we got there my brain cells were just about functioning enough to keep me upright, never mind retain information!
Posted by Ginglesnuff at 1:39 PM