The Camden Crawl took last year off to reorganize and reposition themselves. One of the original multi-venue festivals in London, they felt there were a lot of events in this space and they wanted to focus on what made them different and come back with a new look.

I almost put this live on Saturday and was going to say the following “And so the Camden Crawl became CC14 and instead of being in October it was held in June. As it was my first I cannot say whether they’ve come back bigger and better than before, I can only say that I had a fantastic day.” But I didn’t, and on Sunday I discovered that the Camden Crawl had gone into liquidation which I guess shows that they did not come back bigger and better. I remember one of my friends saying they were surprised it wasn’t busier and that Camden Rocks (on at the end of June) may have stolen some of their thunder. It seems she would be right. The sad thing is that many bands weren’t paid in advance and may not receive any of their money. I still had a fantastic day, though this post feels rather redundant if it’s never happening again. However, this was what my day was like… 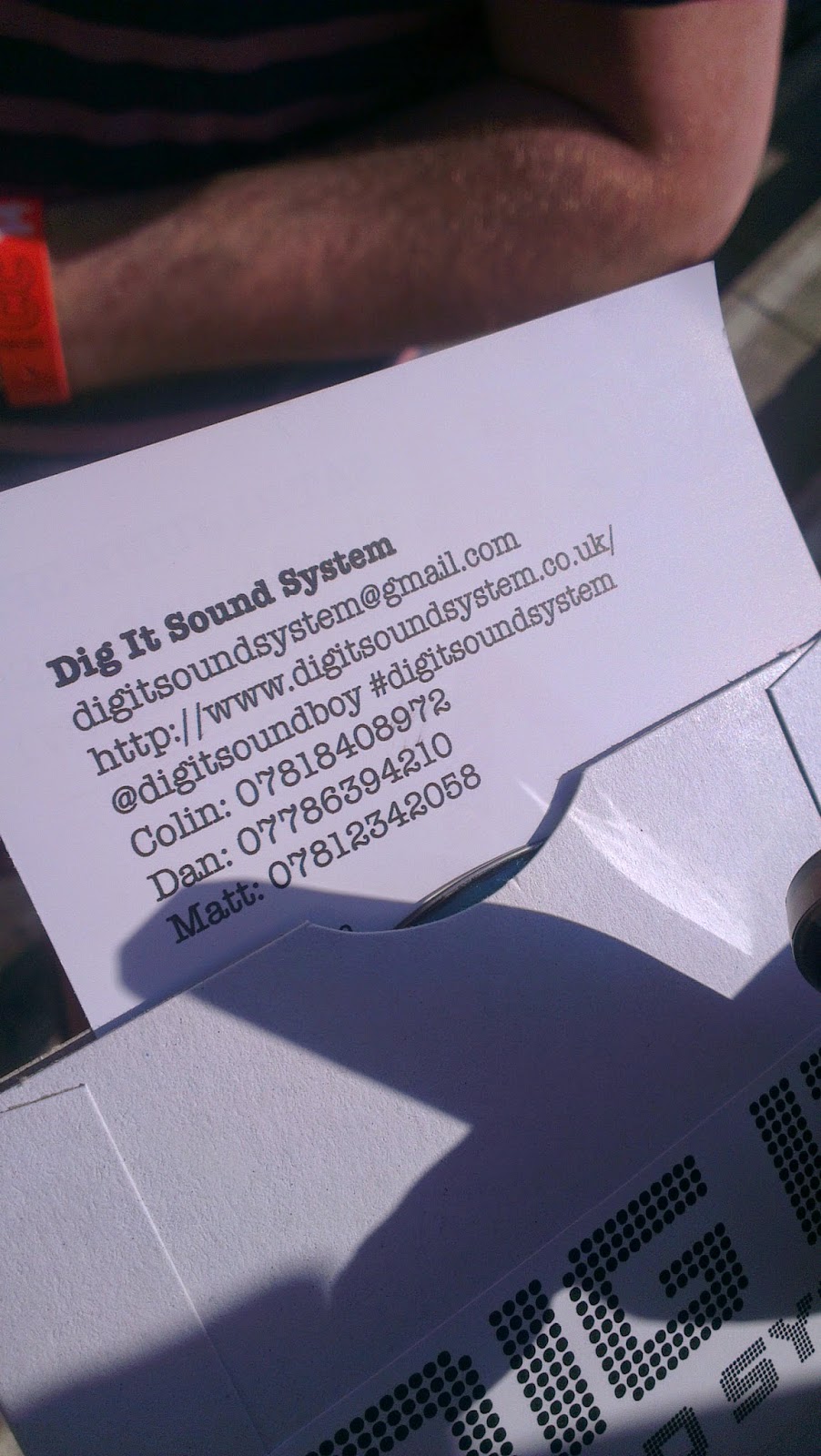 Things kick off a lot later than I thought they did. I imagined it was an all-day festival but really it’s more of a night festival with the majority of the bands not starting until about 7pm. I wanted to head down a bit earlier though to get to as many venues as possible, and the Dig-It Soundsystem playing on the Roundhouse’s terrace (I did not even know they had a terrace) caught my eye, as the weather was wonderful.

And, as it turned out, so was the DJ. Me and my crew felt like we’d been transported to the White Isle, basking in the sun listening to some top notch dance tunes. It really was difficult to tear ourselves away over an hour later to get stuck into what I felt the festival is really all about – live bands. This also meant going inside and saying goodbye to the sun but needs must.

We went up to the Electric Ballroom first to see Dry the River. These guys had quite the crowd so must have a bit of a following. They were fine but not really my cup of tea. They were a little too ‘safe’ for my liking – I prefer my guitar bands to be a little grungier and heavier when I’m watching live music. I was starving by this point so we went to the Lock Tavern to get some food and wait for the next gig. Fatty Chan’s were in the beer garden serving up Vietnamese-inspired food and the pork banh mi I had was amazing. Seriously. It came in a roll rather than a long baguette, packed with meat, topped with crispy onions, I loved it. 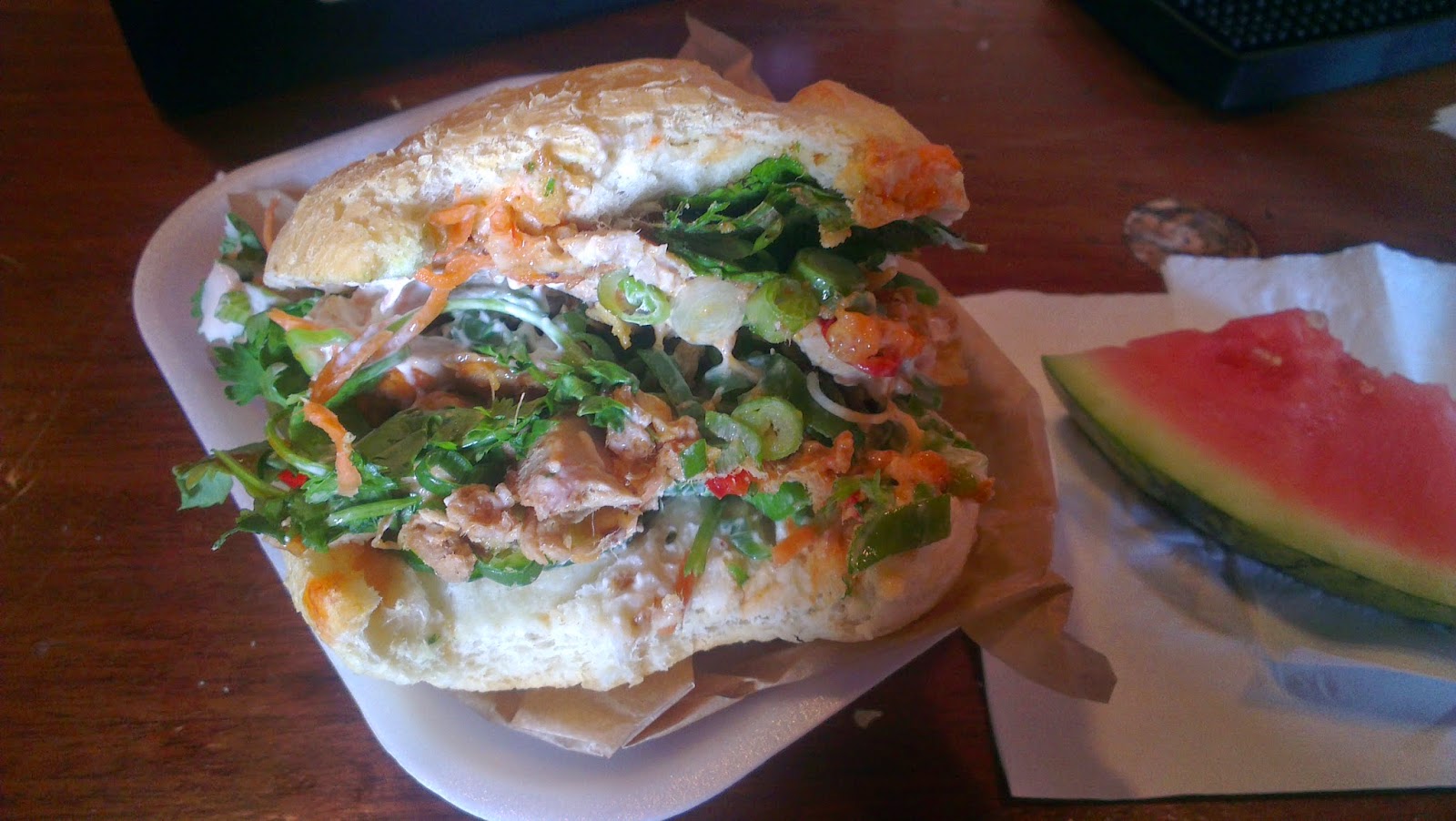 And I loved the band, Autobahn, too (not the famous German Autobahn, a younger Londoner band, don’t know why they’ve chosen a name already in existence). I hadn’t been to the Lock Tavern before but it’s a really cool pub with a cool little venue upstairs and another open terrace. The emphasis is on little here. It’s a teeny tiny room and it was packed. We wiggled through the crowd to the terrace and then from outside leaned in, practically over the band to watch them. They were fantastic. Lots of energy, lots of heavy guitars, the singer had a great voice. The sound they made belied their very young years. 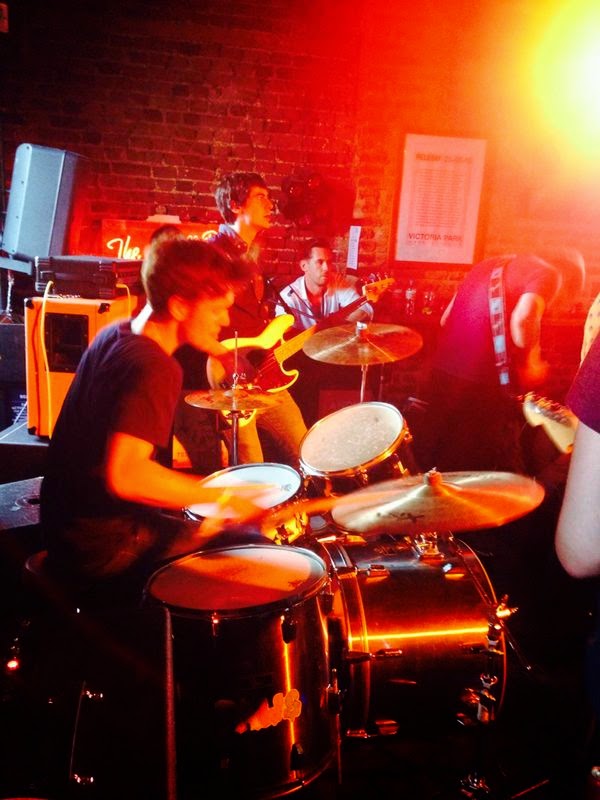 And so it continued, with all the bands I saw either impressing me in terms of their music, or at least their performance. The Slaves in Underworld particularly stand out for their showmanship and they also clearly had some loyal fans, intent on making a moshpit in the crowd. 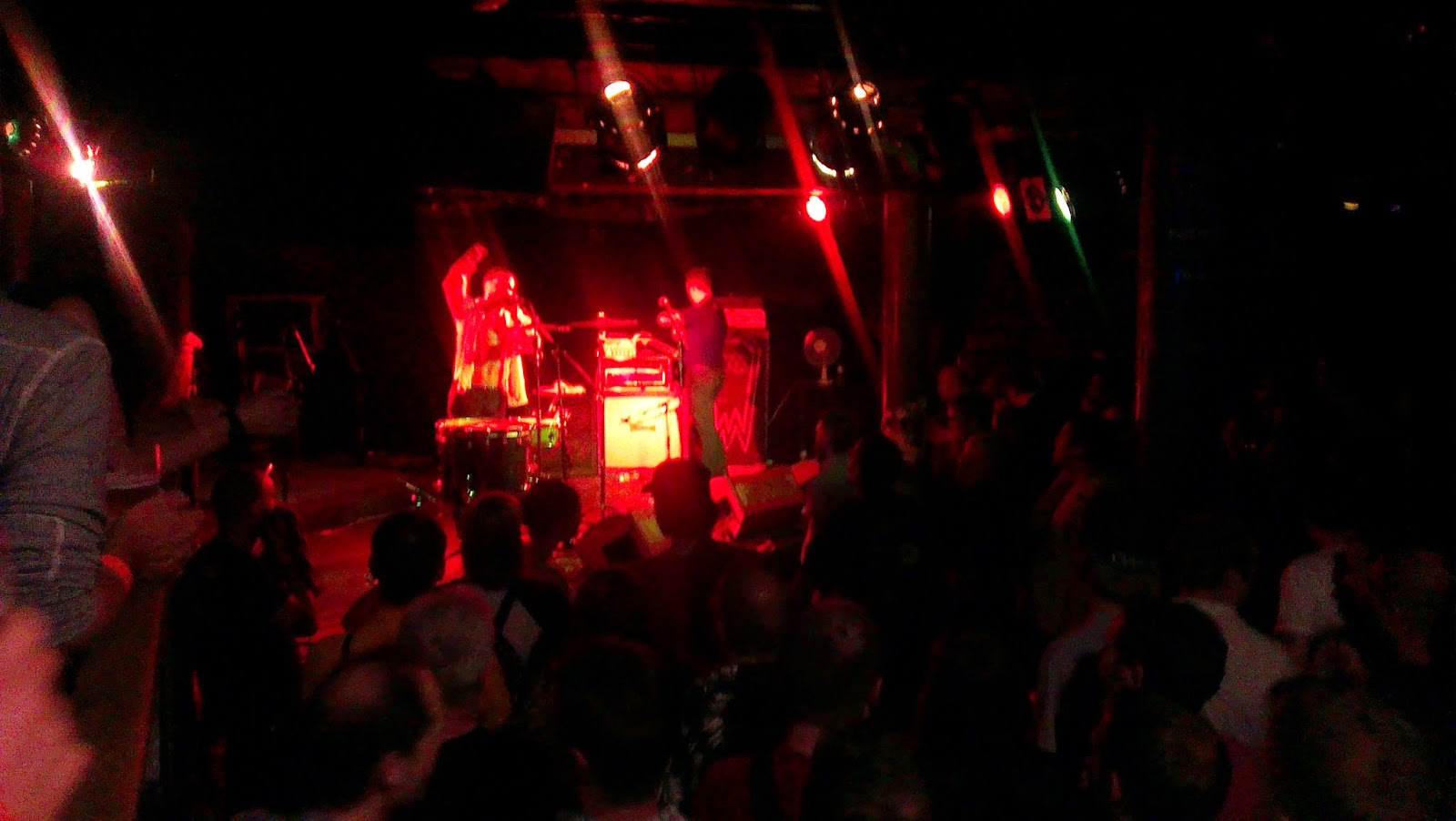 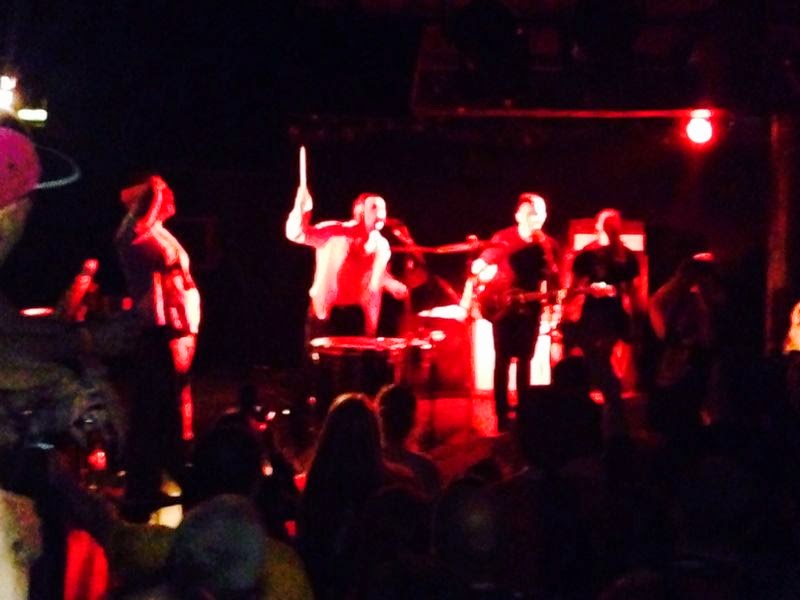 The last place we went to was Belushi’s where the band was set up in the corner. These guys, Bad Wolf, were alright, I liked them, though the singer’s voice wasn’t my favourite of all the bands we’d seen.

I then had tickets to see the 2 Bears and Jarvis Cocker at XOYO but stuff was still going on in Camden until the early hours in a few of the venues where the focus shifted to more dancey stuff such as Mumdance and Mouse on Mars.


I paid about £25 for my day ticket although you could easily have got a ticket for less as there were discounts a plenty. Doesn’t look like I’ll be able to go again, given recent developments, but should they pick themselves up, I would say that, taking place in June, the weather has a reasonable chance of being pretty good and even at 7pm you may not want to spend your evening in dark and dingy rock clubs and pubs. It would be better as a winter’s event.
Posted by Ginglesnuff at 1:06 PM

Email ThisBlogThis!Share to TwitterShare to FacebookShare to Pinterest
Labels: bands, Camden, Camden Crawl, things to do