This. Was. Fabulous. And I do not say that lightly. I’ve been wowed and awed by some pretty stupendous acts, especially at the London Wonderground which seems to curate its shows with such care – Limbo and Boom Boom Club. And the Black Cat Cabaret was pretty up near these giddy heights.

I think what sets this show (and others like it) apart from other cabaret revue nights is that there is a story to everything. Each act is its own little vignette. And it’s coupled with a banging soundtrack to keep things sizzling. And of course, there’s a lot of sex to it. Not necessarily in nudity, but in the attitude it exudes.

Dusty limits is a debonair and devilish host as always. His risqué humour was perfect for this show. However, as with other appearances he has made, I do think one song is really the maximum he should be allotted. He’s a great performer but he’s not the best singer in the world.

Unlike the second act Lily la Scala whose voice is tremendous. She portrayed a boozy, libidinous, living doll, managing to wobble in a rigid, artificial way all over the stage and into the audience, while singing opera. This climaxed with, well, a climax for one poor (lucky!) sod in the audience who got to have Lily astride him as her song, and she, peaked. 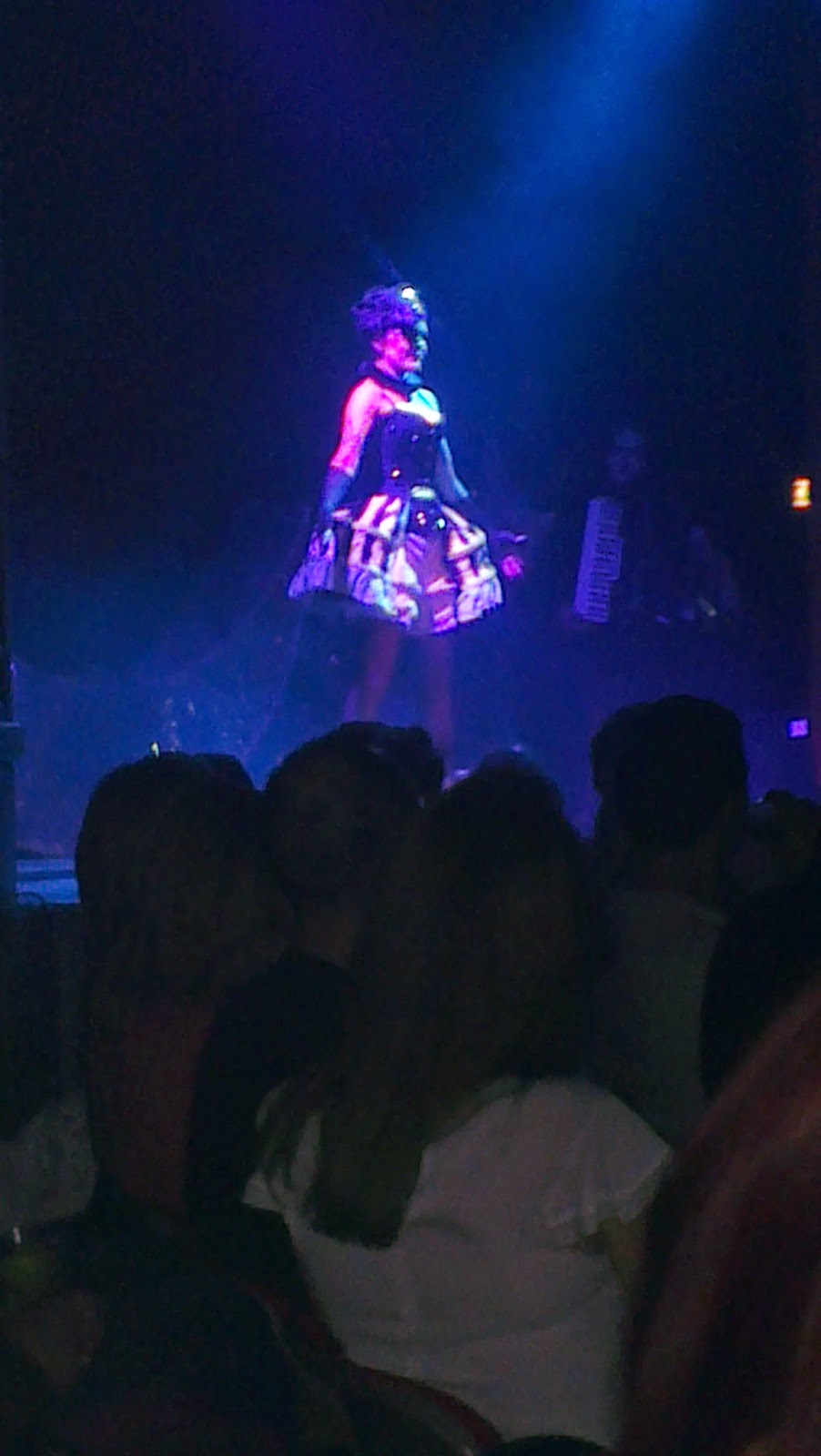 Before this we had been wowed with an act I hadn’t seen before – Joe Moss did what I would loosely call acrobatics with a giant hoop, turning and twirling it while balanced inside. Hoops made another appearance later on, this time in normal ‘hula’ size. I’ve seen a few hula hoop acts before and they’re always quite fun. Jess Love made this one different by having a whole heap of attitude to her like she found the whole thing a drain on her free time. Oh, we're all clapping now? How very dull. And then she messed up! Oh no! Or did she…?? 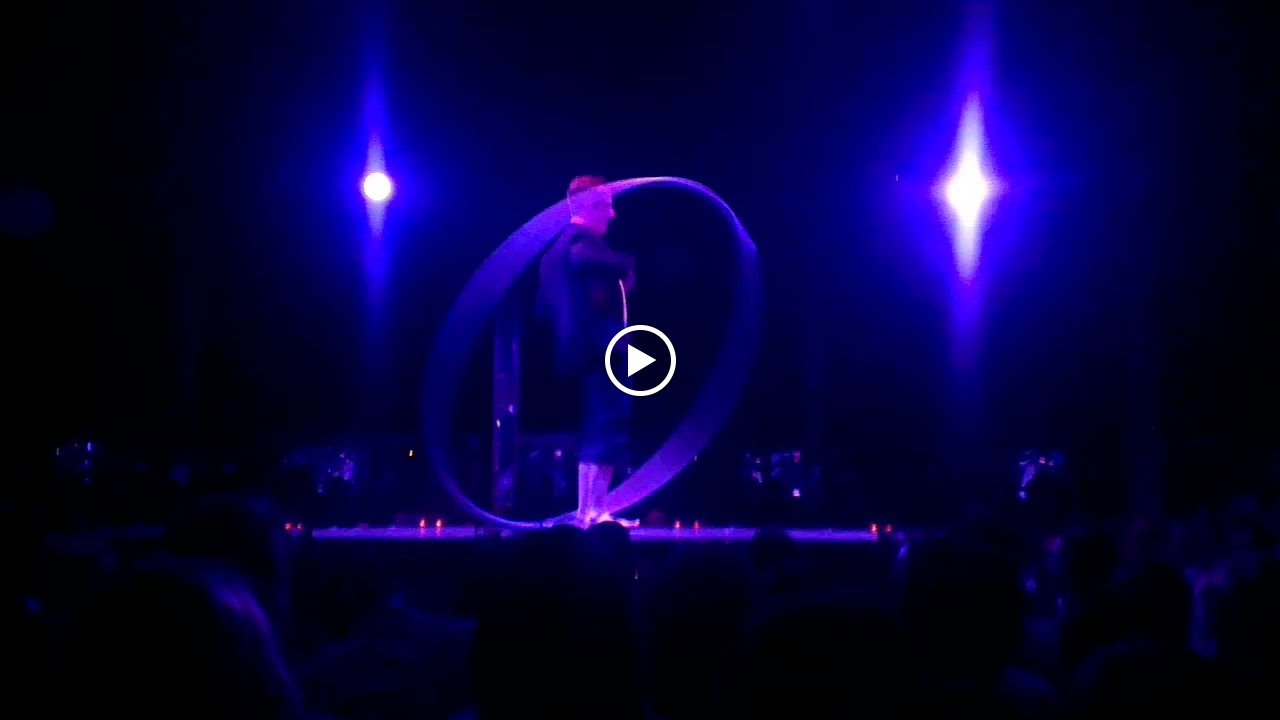 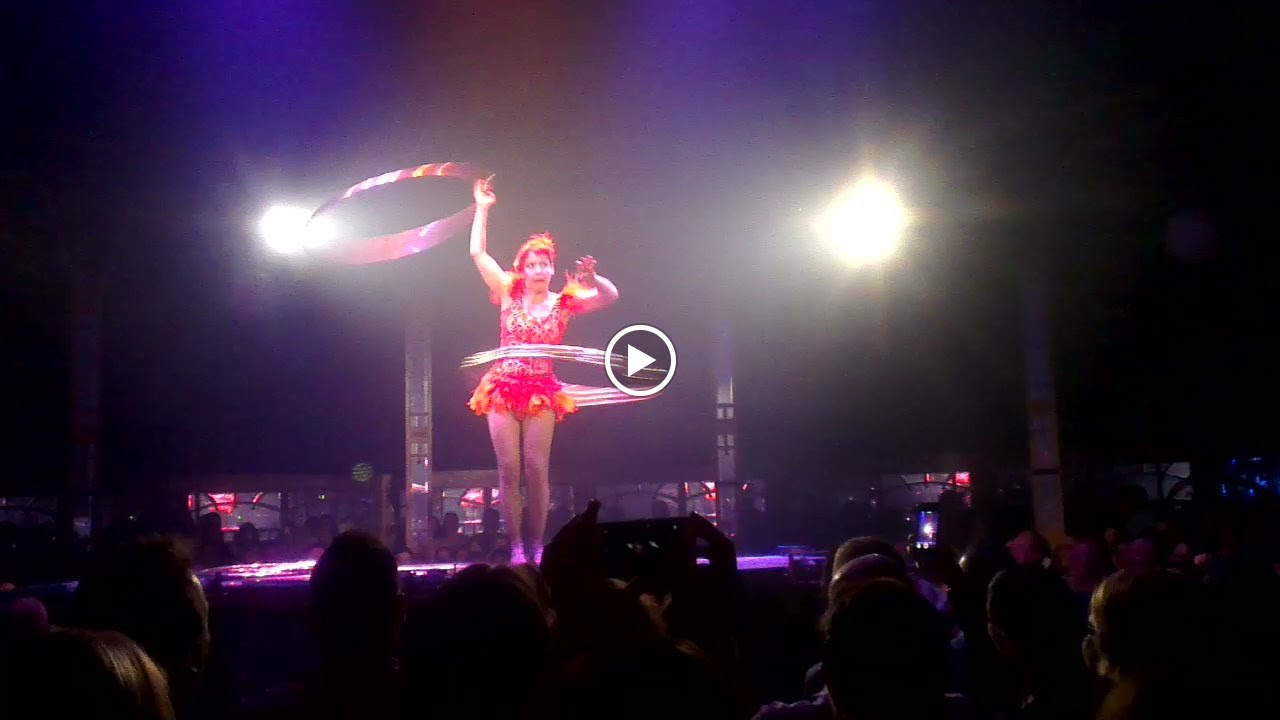 All the acts were good but one that I found rather stirring was Vicky Butterfly’s performance – it started out with a pretty standard burlesque act of wings, this time lighted, that she wound and wended about her, but then she climbed aboard the moon at the back of the stage and proceeded to ride it as if it was a big seesaw, holding on with ropes to an emotive? soundtrack of the theme to Requiem for a Dream and Edward Scissorhands. Beautiful. 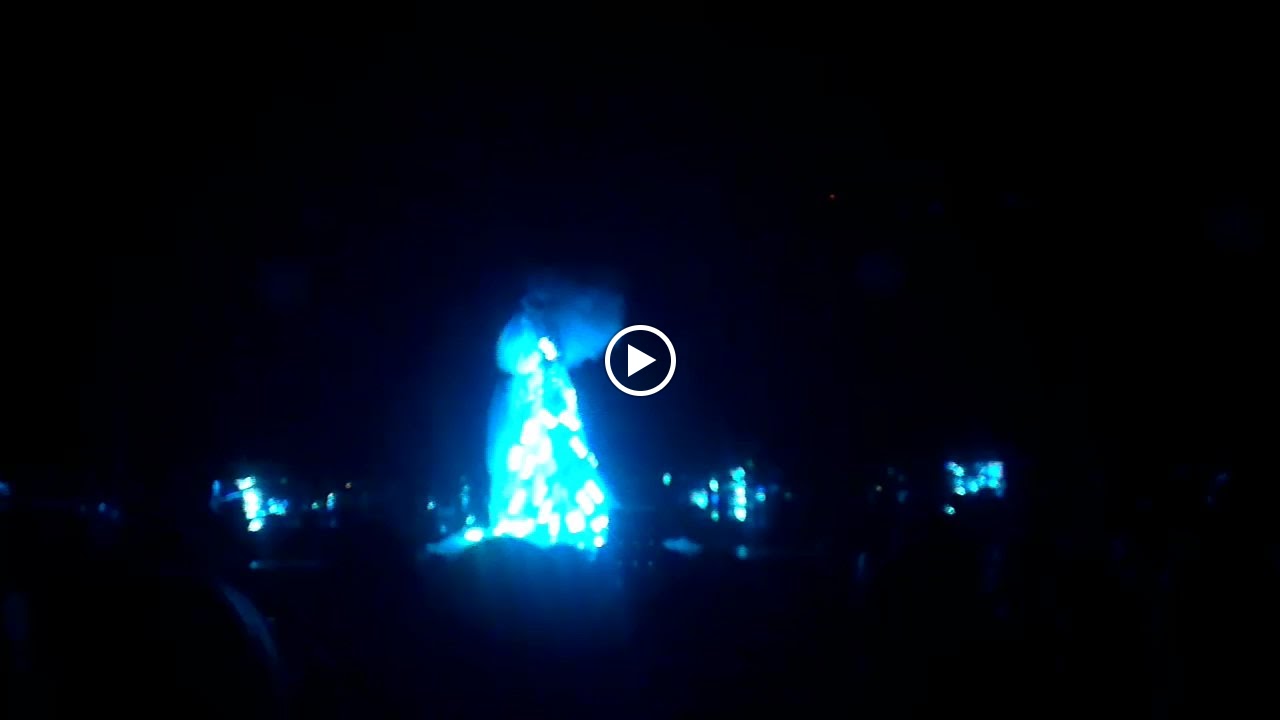 Cabaret rouge were the ‘house’ dance troupe popping up to do quick routines such as an homage to the can can, or a tribue to Degas and his ballerina girls, alluding to what life was really like for an aspiring Parisienne ballerina trying to make ends meet and ending up on the wrong side of a coke addiction. The dancing was fun, funny, outstandingly good, but you couldn't forget its dark undertones. 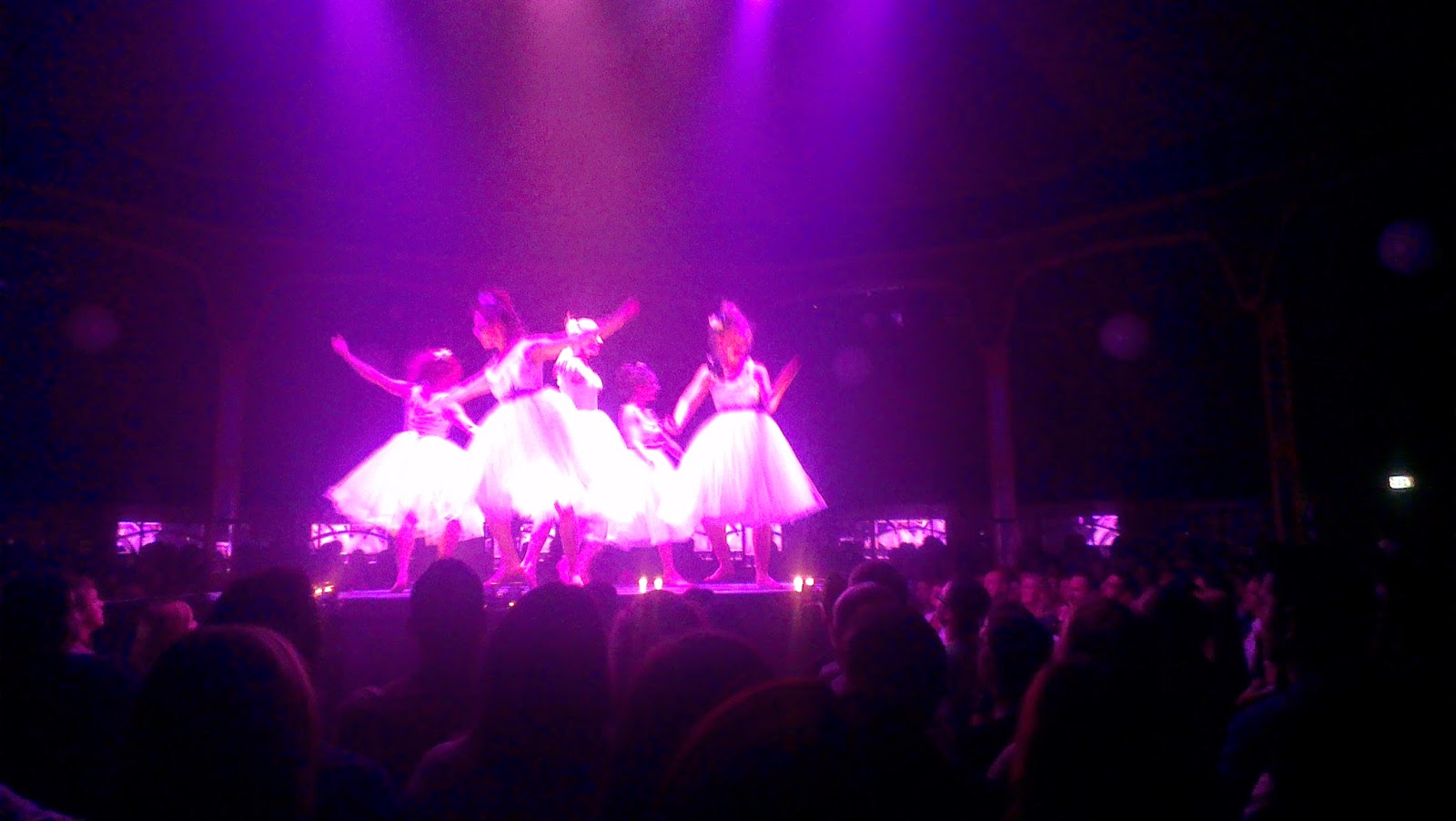 Tom Baker who crops up at a lot of things (especially It’s Your Funeral) was a part of the band but also did a solo stint, engaging the audience in a singalong, which I have definitely seen him do before but I can’t pinpoint when – maybe at Boom Boom Club. Anyway, it’s a great song about the end of the world, fun to sing and it was no less fun this time.

I also liked the way they messed with gender roles - a love triangle involving a man and two women was danced out with all three parts played by women, and the aerial act was performed by a man and woman - but the man started out in a dress and the woman, in trousers, seduced him. 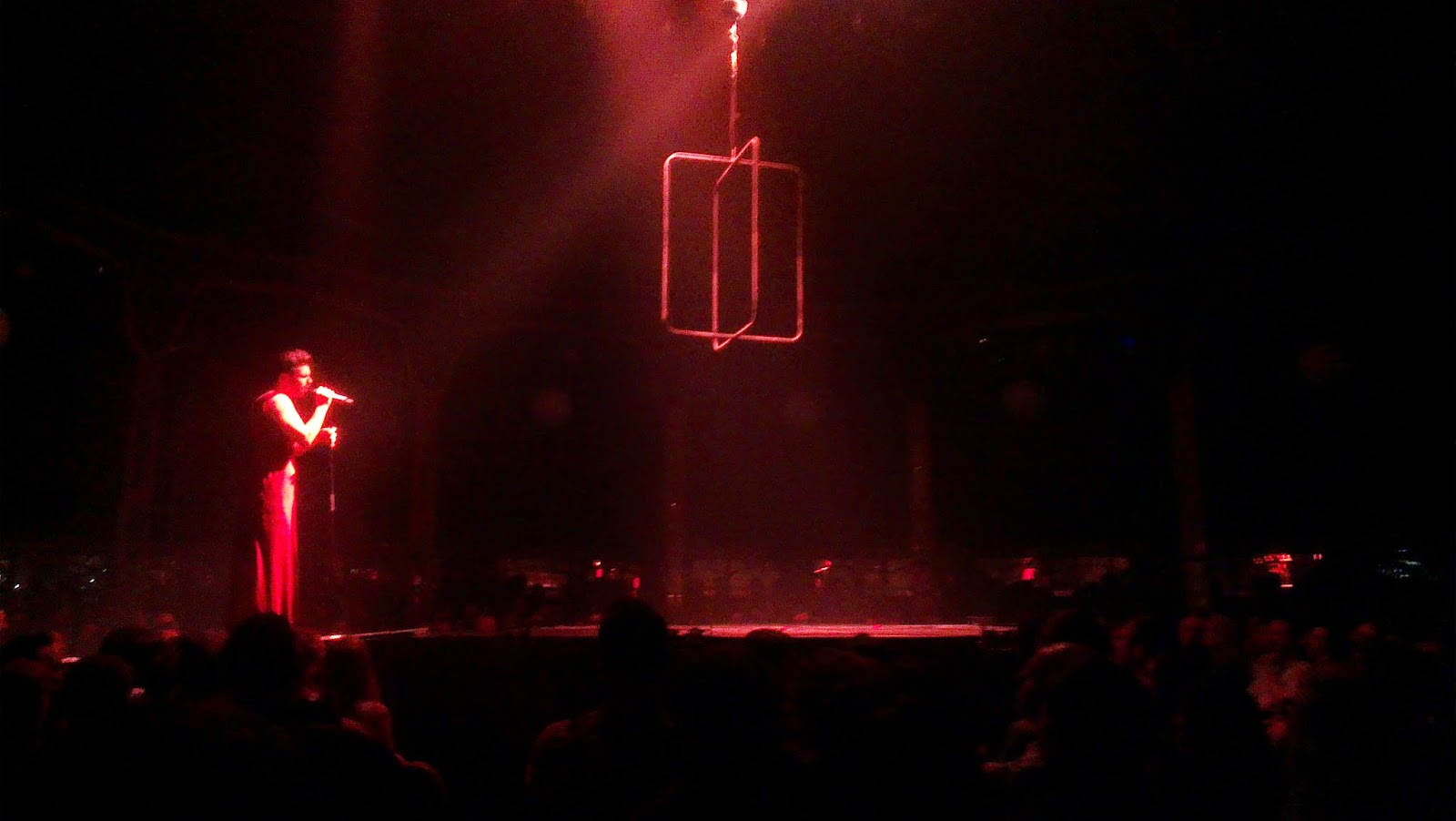 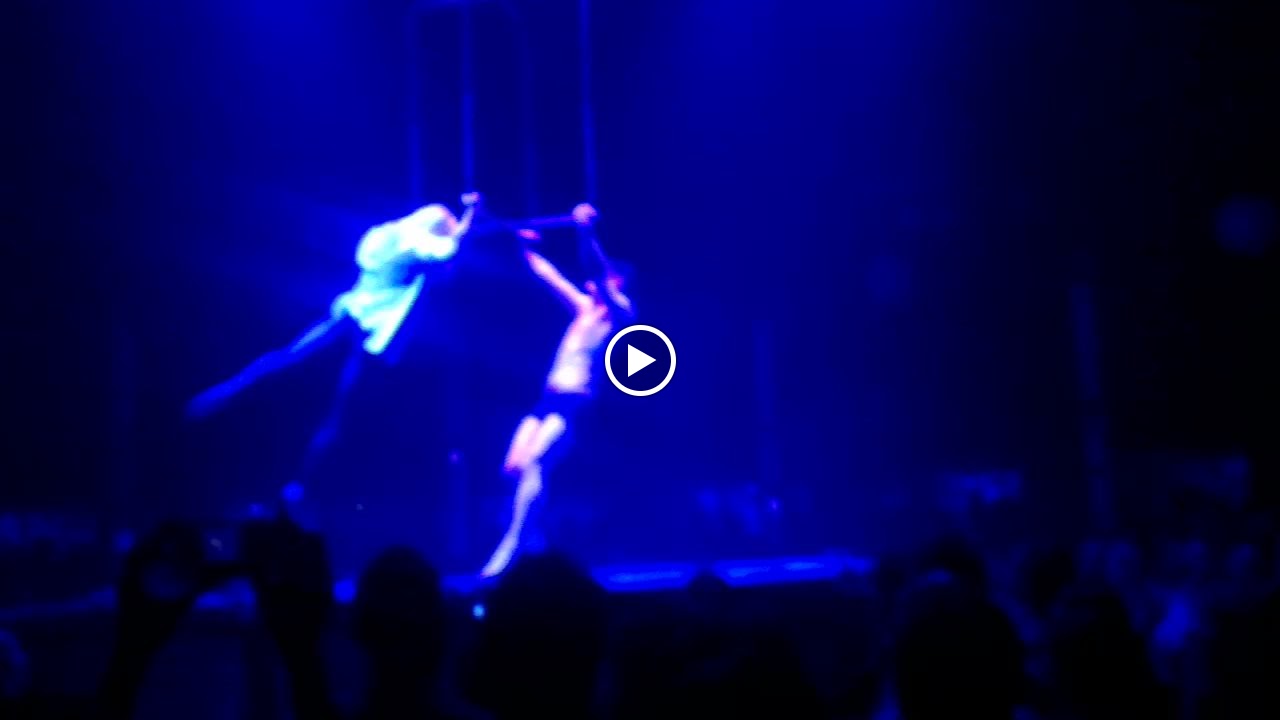 I enjoyed the night so much I am very tempted to go again as I feel I didn’t even have as good an experience as I could have, had I not spend half the acts writing notes about what each performer was doing for the blog! 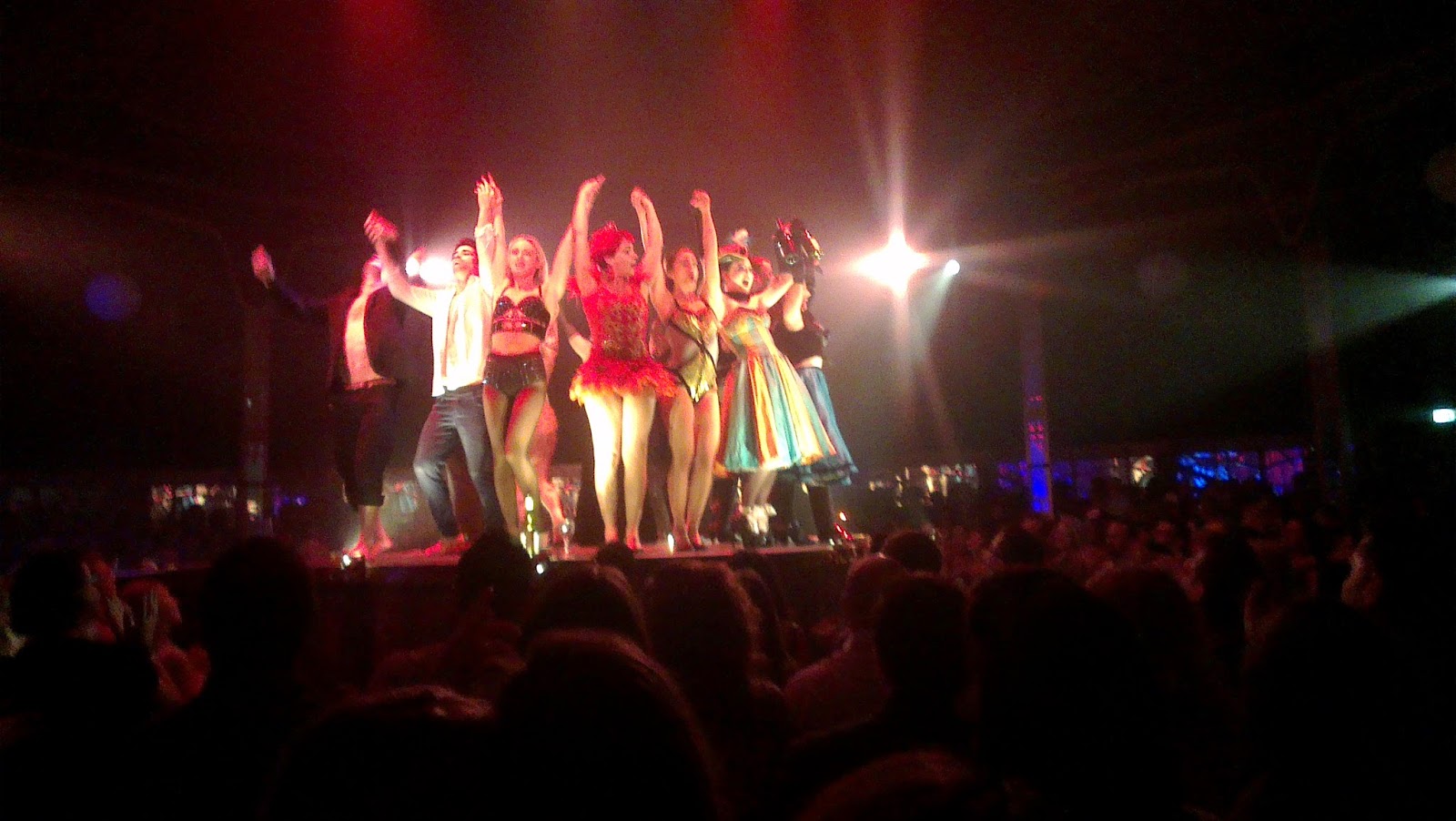