You've heard of Musical Bingo, you've heard of Last Man Standing, and if you haven't heard of new kid on the block, Videoke, then you better check yo'self! Cos they've done it again - come up with a belter of a night!

It's all based around the visual side of music – the videos, the album covers, dressing up as your favourite pop star and re-enacting either. But they also play some stonking music, and I got so caught up in dancing that I didn't end up making the most of the other fun stuff on offer such as the FREE face painting to make you look like your favourite artist, or recreating your favourite album cover – you in front of a green screen and then the photographer goes away and puts the detail in around you!

But the really fun part of the night - the bit that had us all going 'oh that was so good! So GOOD!' was the music videos that were recreated. The effort they had gone through to learn the moves and to get the outfits right was magnificent. Top of the pops [videos] for me was Daft Punk's Harder Better Faster where the Videoke crew bravely tried to show each phrase by baring a body part.

Everything you Never had by Breach was also a good one. Here's the original:

and here's the Videoke version!

And Hey Ya was pretty brilliant too. 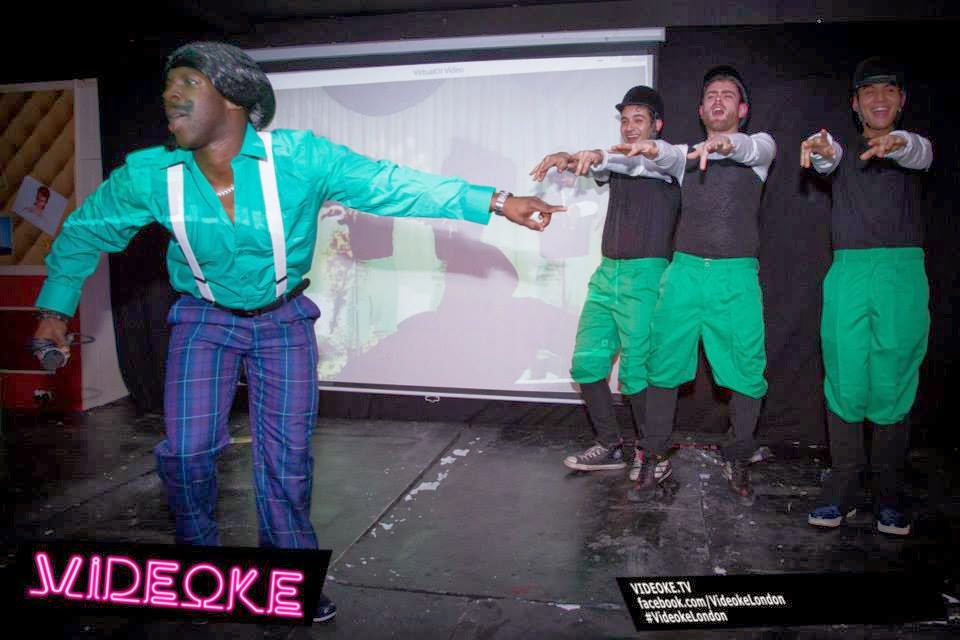 They also had 'Legs & Coq', a play on the dance troupe that used to appear on TOTP Legs & Co doing some dance moves in between the video set pieces.

If you wanted to learn a music video dance yourself there was a lesson to learn the moves to Beyonce's Single Ladies before performing it up on stage yourself.

And, of course, there was a bit of a stage invasion (to LMFAO's Party Rock if memory serves). SO MUCH FUN!

Check out the Videoke YouTube channel to see the other videos they recreated. Genius.

Posted by Ginglesnuff at 1:46 PM

Email ThisBlogThis!Share to TwitterShare to FacebookShare to Pinterest
Labels: alternative nightlife, nightlife, things to do, Videoke