I was invited down to one of my favourite bars in London - Central & Co to take part in a whiskey cocktail masterclass hosted by Monkey Shoulder. I must admit, I had already made the acquaintance of Monkey Shoulder when I went to one of their amazing For One Night Only events way back in 2012 I think. So I knew I liked their whisky and that as a brand they're a lot of fun. The night I'd been to was called 'Popcorn Flip' and they basically filled a room with popcorn while plying you with cocktails. That's my kinda night!

This event was a little more sophisticated, although we all managed to have a laugh as well. First we had a snifter of the whisky in its pure, neat form. It describes itself as 'rich and smooth' and the only tasting note our impeccable host, Grant, gave us was that it has vanilla elements. My friend Alison and I had only moments before been discussing where the sweetness of it came from. Apart from that, Grant said that palates are so individual it is pointless trying to point out any other flavours as you might not get the same taste sensations.

Grant walked us through the history of Monkey Shoulder, the ethos of the company and its origins, as well as the thinking behind the label design. 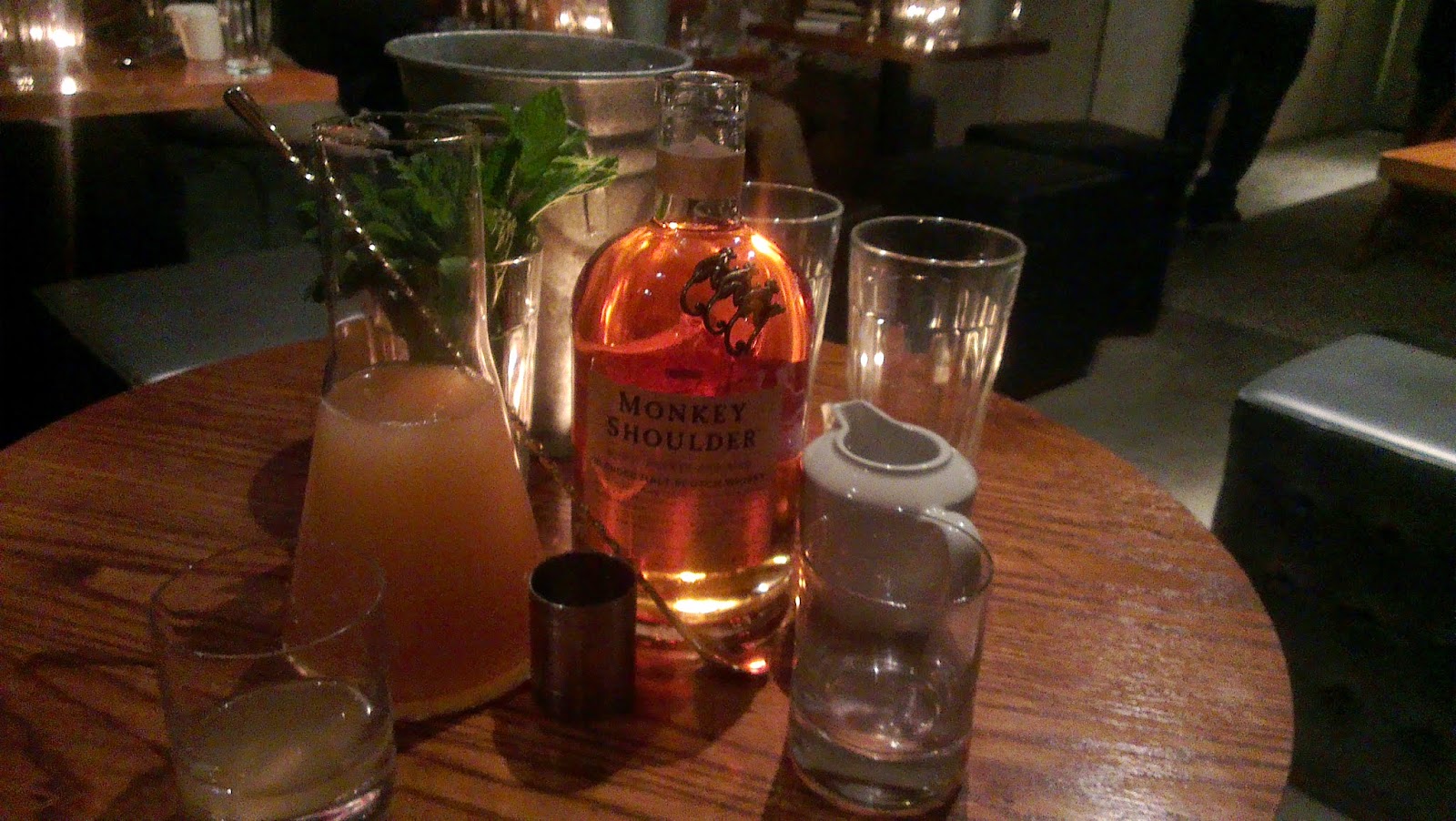 And then came the cocktail making. To celebrate spring sort of arriving, the first we were shown how to make was a refreshing, mint and apple long drink. Apple and whiskey are a perfect pairing and the mint really gave it a clean, light taste.

Next, we had to do an Old Fashioned, a drink I often have when I'm out but not one I've ever made at home. I love them as they're basically just whiskey but sweetened to make it go down easier. We learned why an Old Fashioned is so-called (because it existed before a new wave of cocktails were invented, basically) and I also discovered that bitters are actually alcoholic! I had always assumed they were flavouring only. 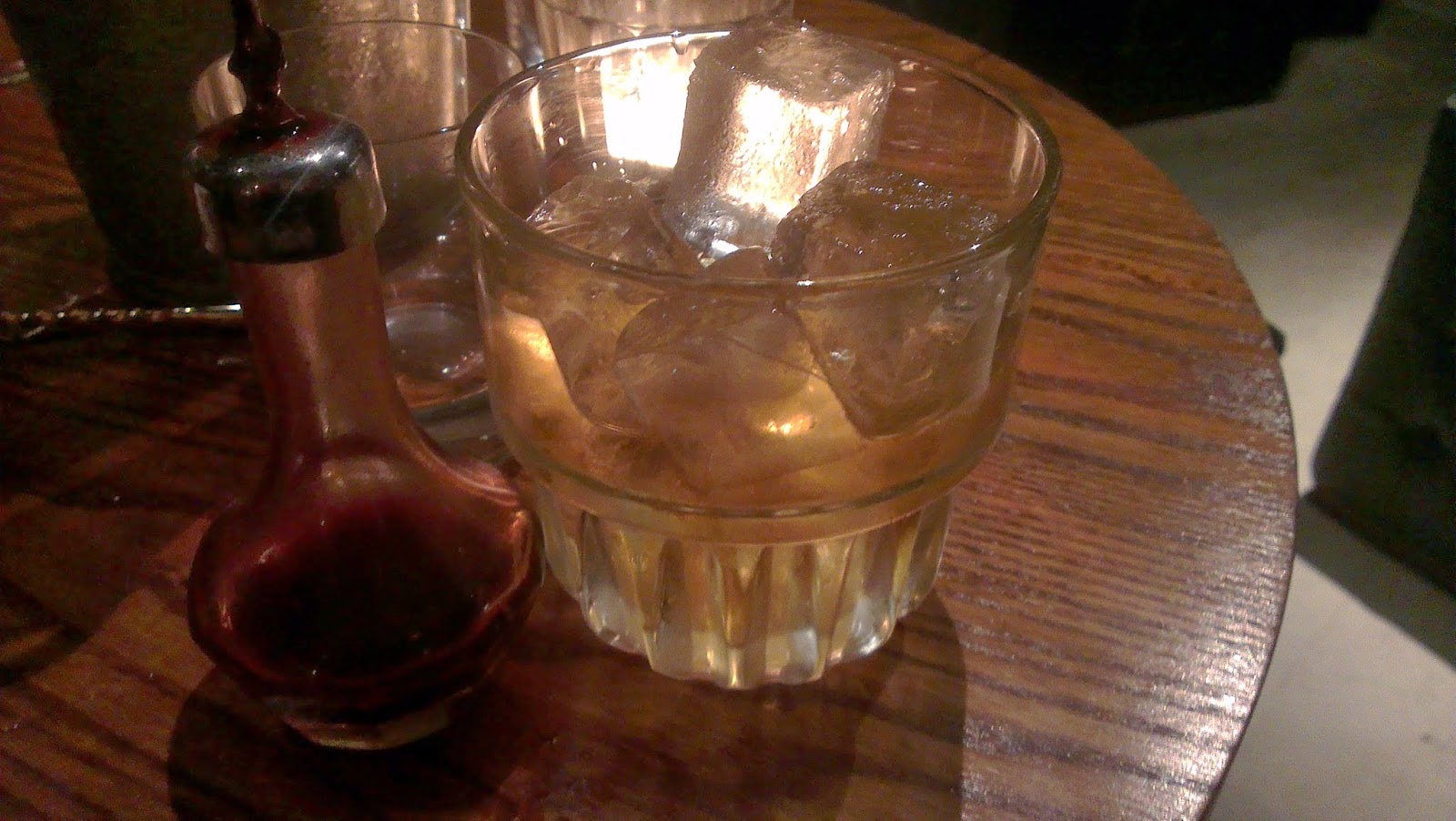 Finally, at the end of the night, a little healthy competiton was introduced. We all had to make a Bobby Burns (no relation to Robbie Burns, despite the use of scotch) and we were judged on it. The prize - a bottle of Monkey Shoulder! So a lot was at stake.

Unfortunately, I scuppered my chances by confusing two of the ingredients and at first not putting in enough sweet vermouth, and then overcompensating by putting in too much. It was incredibly sweet. I added more whiskey to compensate and it did improve but I knew I hadn't got the balance right. I did not win. 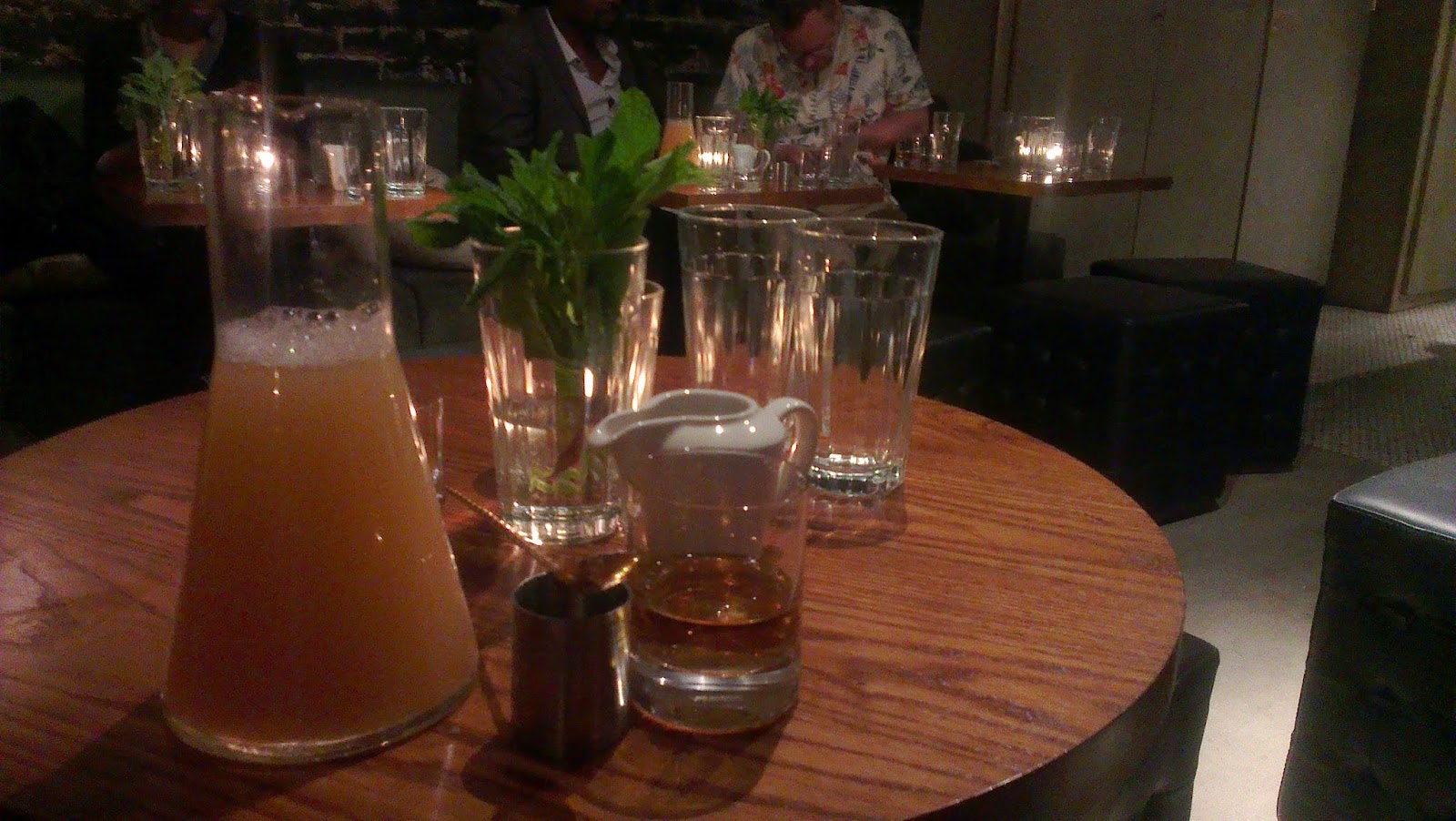 I really enjoyed the night - they run these sessions fortnightly with different whiskeys so do go on down and discover a new drink, or more about one you already love! Contact Central & Co for details.

After finishing these we were a bit squiffy and decided to head off for food. We stumbled upon a place I'd heard about on Twitter - Churchill's Port House, who offers up small sharing plates alongside an extensive port menu. They also have a nice red and a nice white wine as well.

We started with some deliciously dense and dark rye bread and butter and then shared the salmon tartare and pork belly with watermelon, and a cheese plate, after the two dishes we'd been contemplating - the chilli and garlic prawns and the Iberico pork burger were sold out!

The salmon was fantastic - plenty of tart gherkin and some black olive formed a base on top of very thinly sliced avocado and a bit of salt. Our only complaint was the the avocado was very underripe. 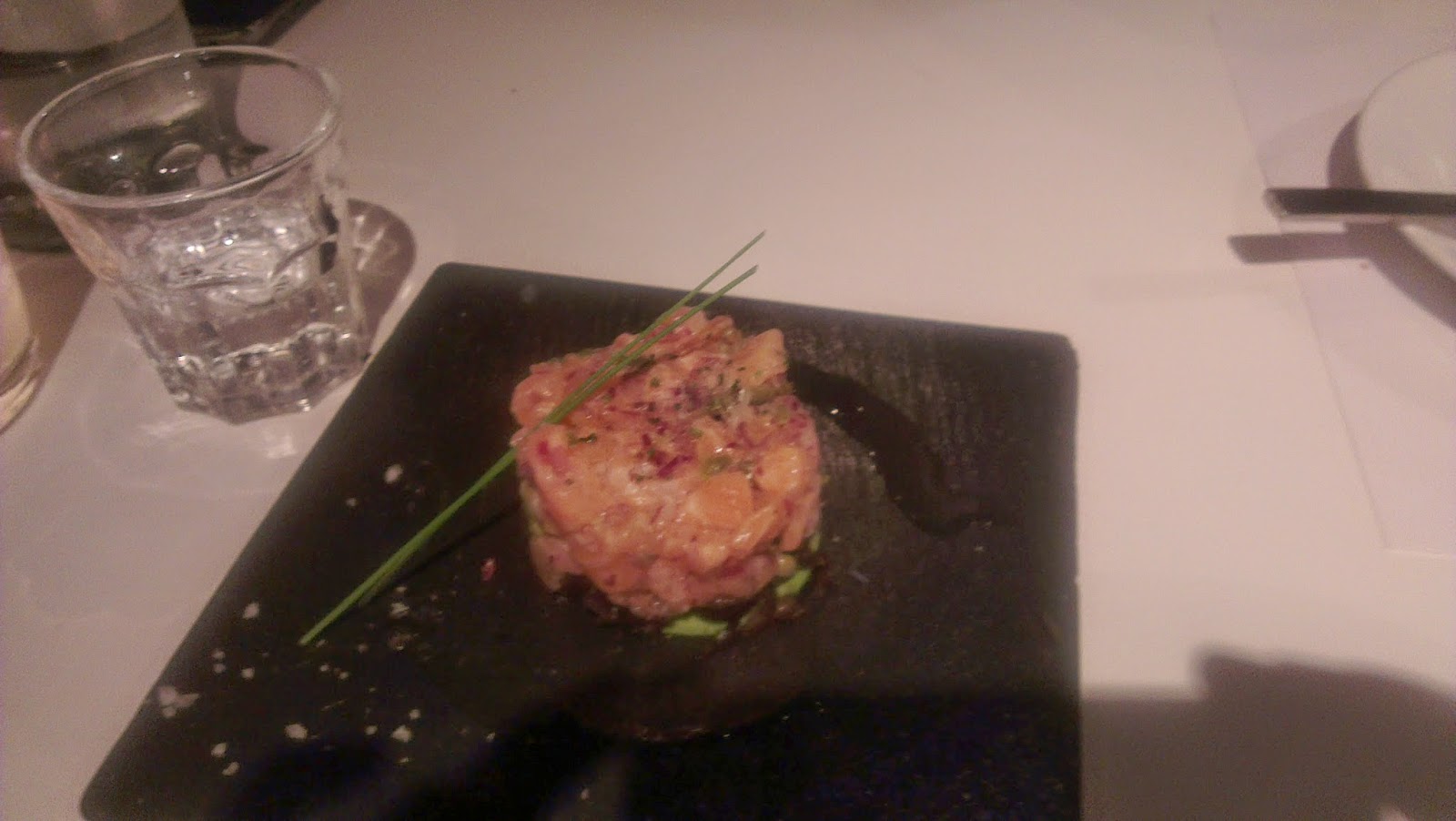 The pork belly was two strips served with wedges of watermelon. I'd had pork with watermelon before at Trinity and it was just as good here. The sweet melon and salty pork made a knock-out combination. 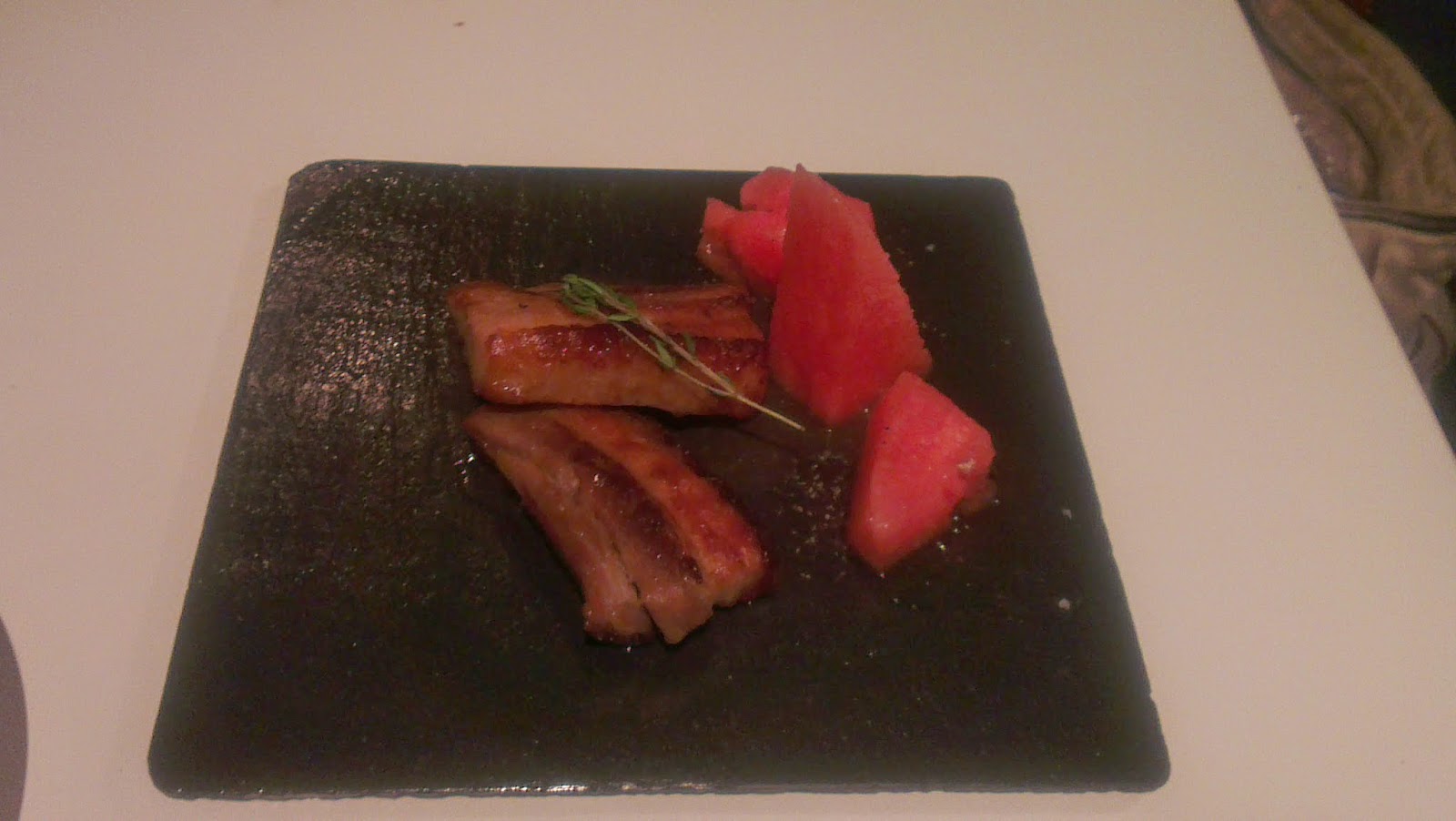 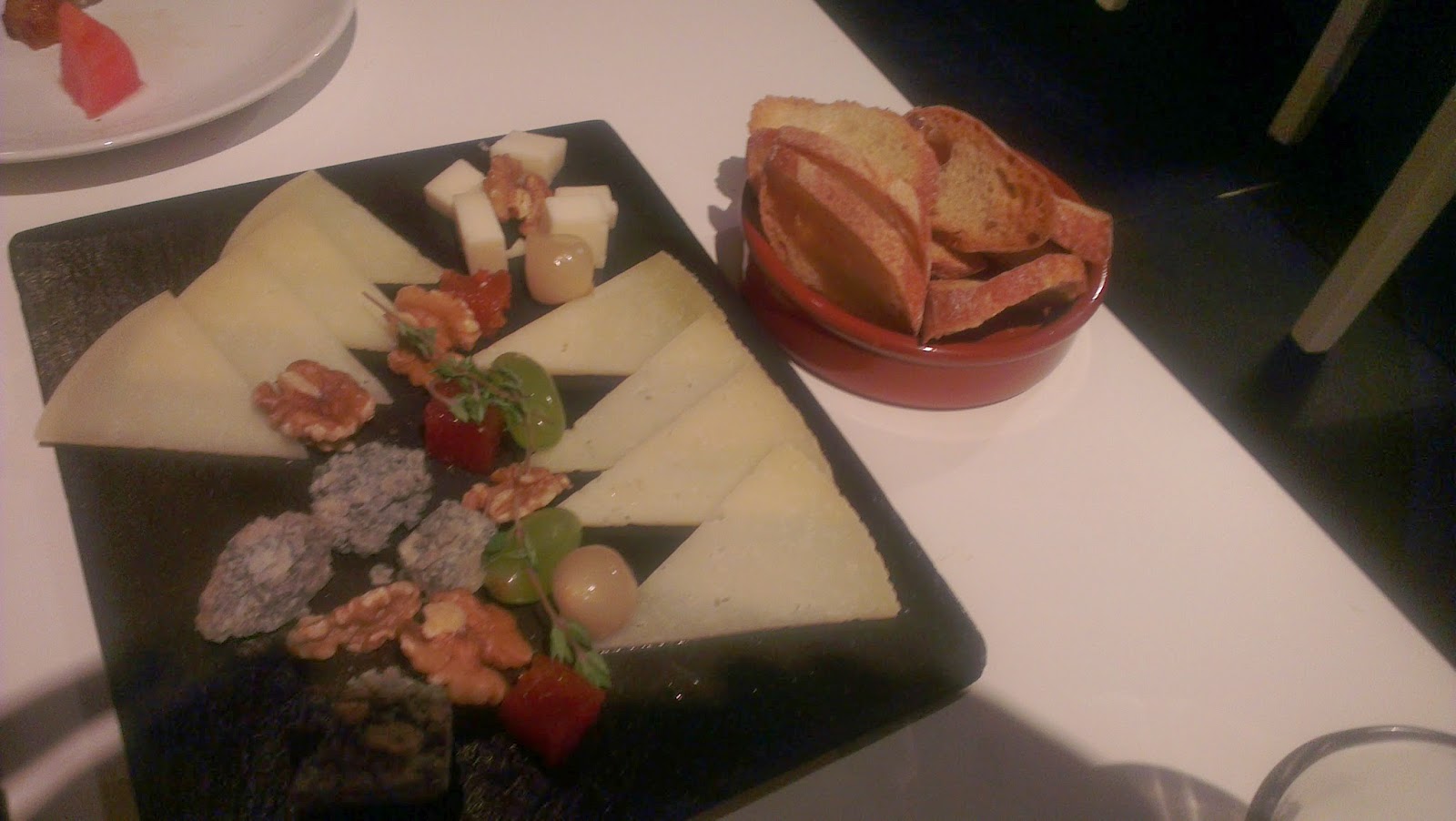 And the cheese - well two versions of cheeses similar to manchego (a favourite of mine) plus a crumbly blue cheese. Excellent partners to the lovely, deep red wine we were by now drinking, having started off with a white port for me, and a white wine for Alison. 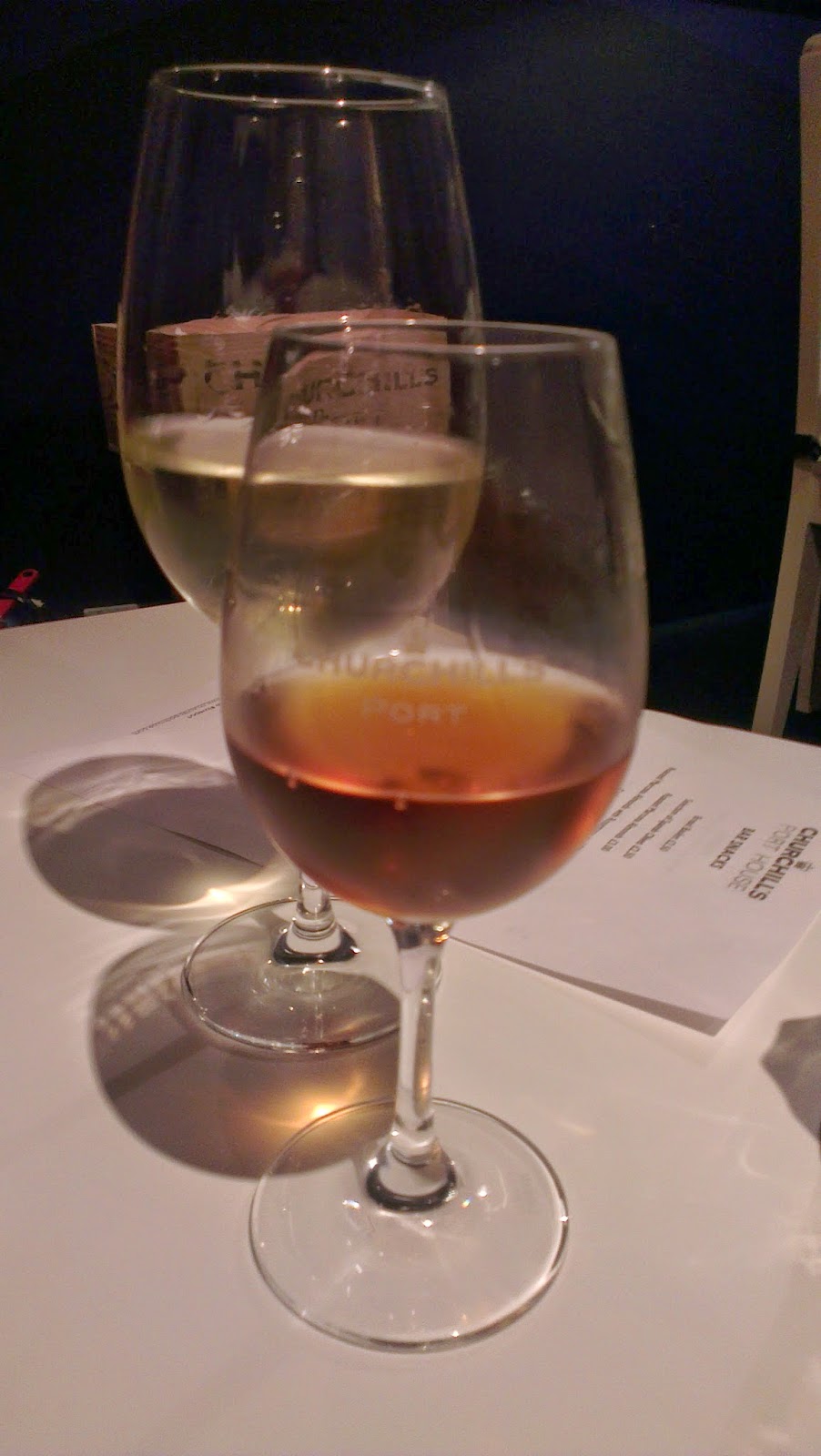 We chatted to the guys that run the place, and they told us all about where the port comes from and what got them started in the place, and then we went downstairs to finish our drink, where we were given a nightcap of red port. It was all lovely, but I paid for it the next day! 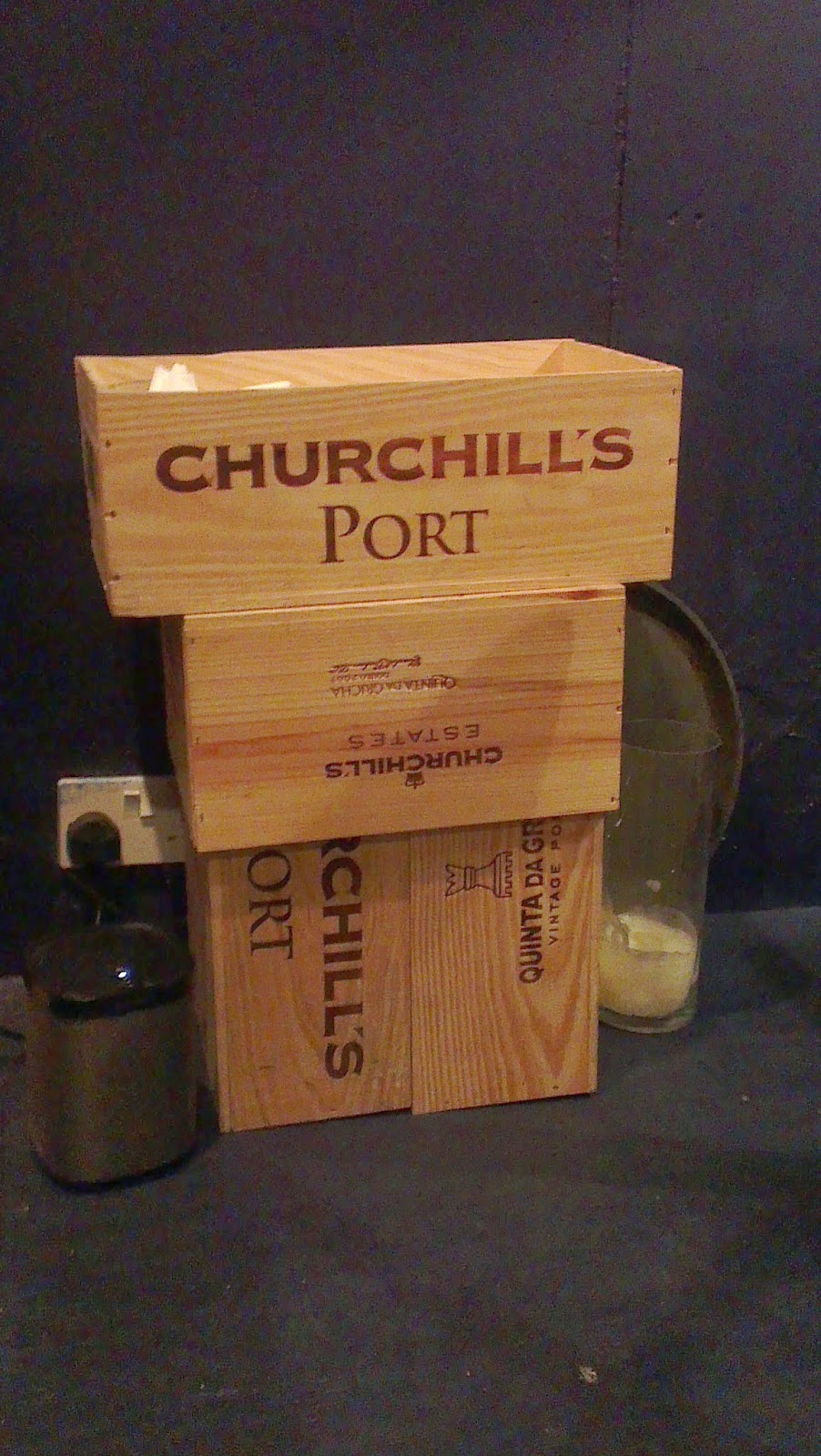 Posted by Ginglesnuff at 4:14 PM