Juno is such a great little bar, and one that for some reason gets overlooked, at least, compared to the others on the Shoreditch High Street strip.

I know the whole area has a laid back vibe compared with the glossy bars in the West End - Shoreditch is known for stripped back brick walls and purposefully shabby decor. But Juno really is relaxed, without even trying. It's just a nice place to hang out. But while you're there, don't just lounge around - make sure to grab a bite to eat, as they do some really good food too!

I had nachos - some of the best nachos I've ever had. They do not skimp - not on tortilla chips nor toppings. Plenty of cheese, sour cream, and most importantly for me - jalapenos. They plump their salsa on top of beans and corn and it makes a very filling meal, or ideal sharing plate if you want something else as well. My friends had some plantain chips with paprika - not just chunks of fried plantain like I had expected but thinly sliced, crunchy crisps, like potato chips. Sound odd? Well, it works. 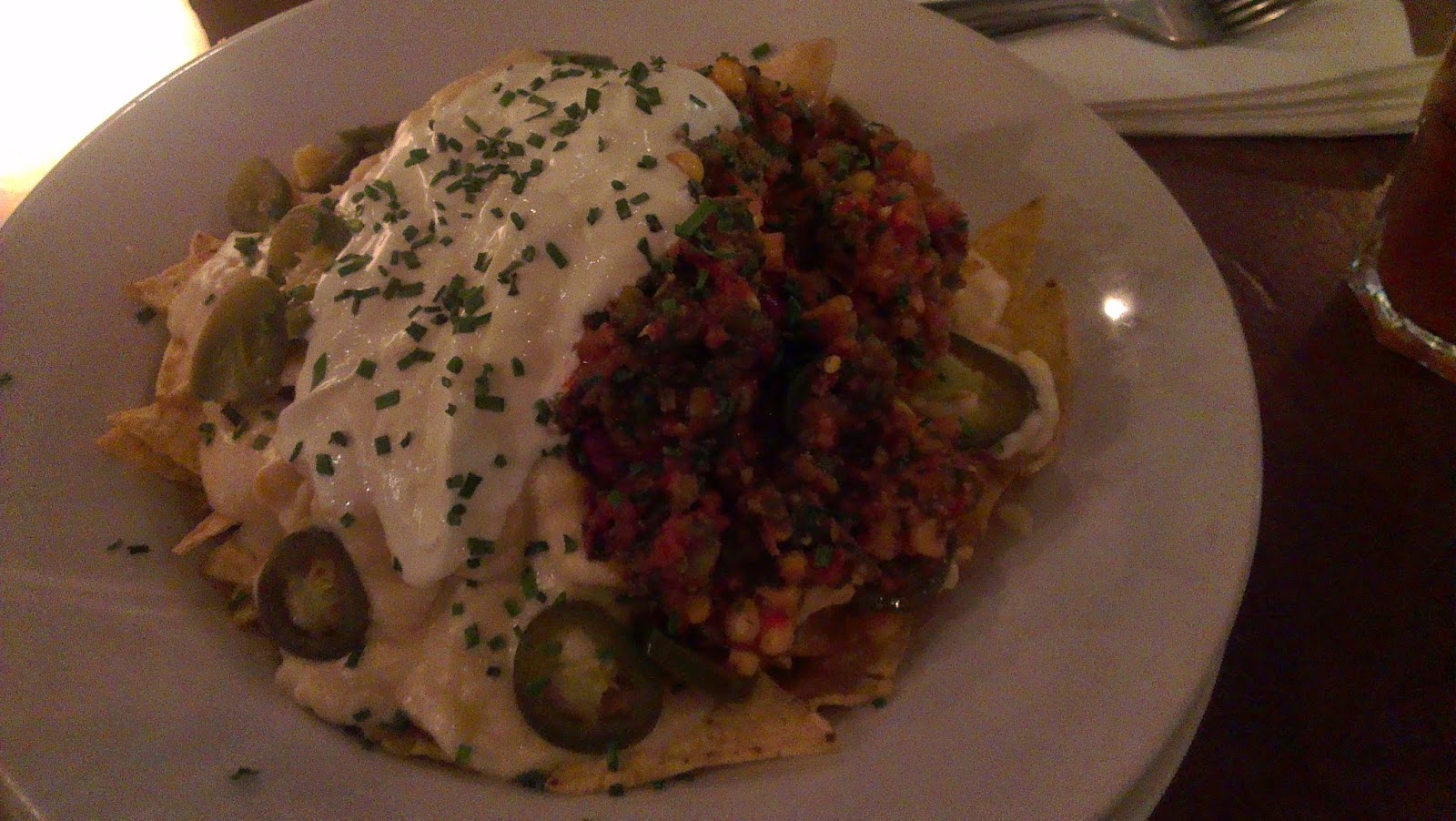 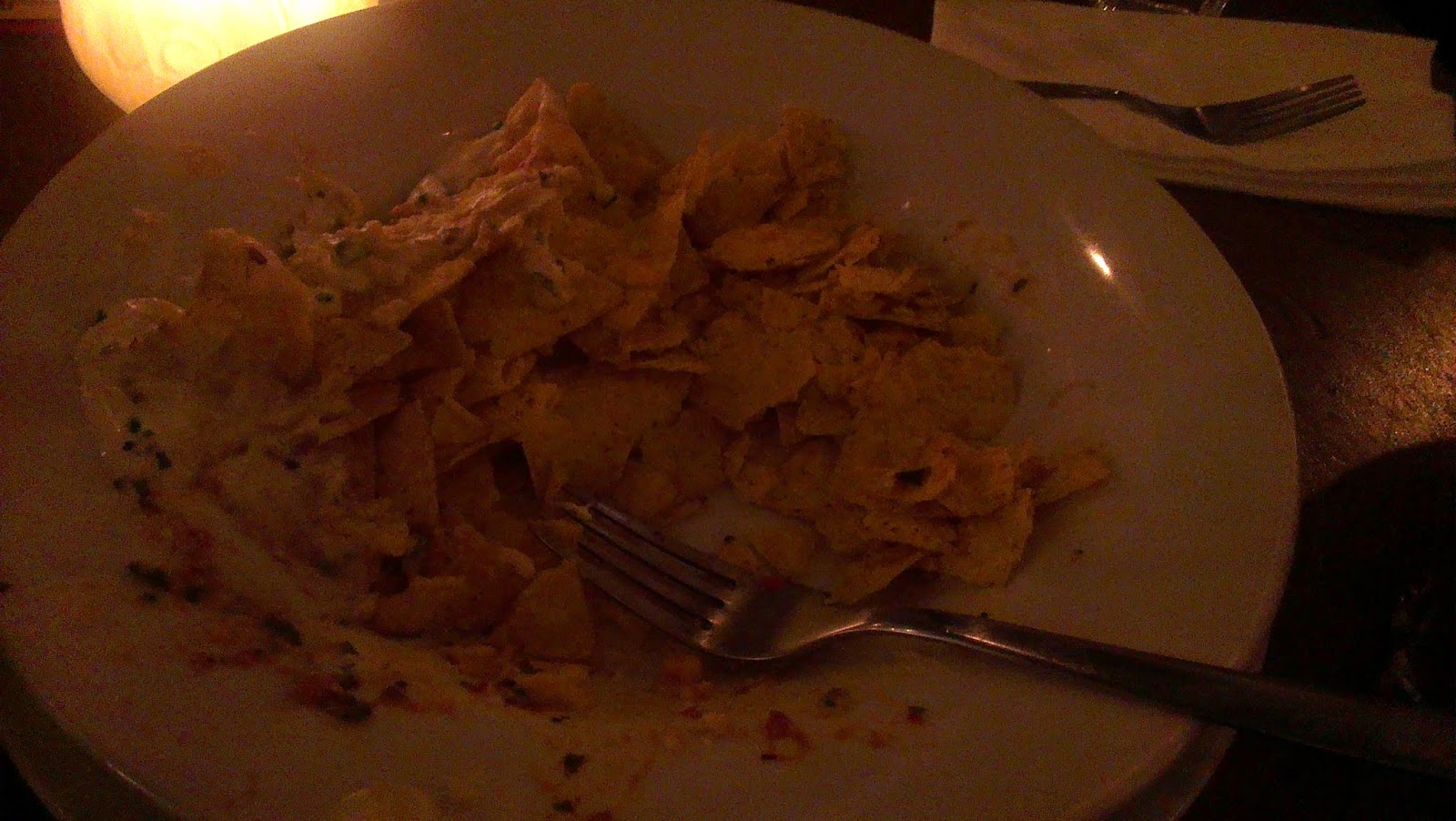 One of them also had the beetroot salad with kale, goats' cheese and pumpkin seeds with a honey balsamic dressing. It looked fantastic for a salad - healthy but filling and I was assured it was as tasty as it looked.

They have a happy hour serving basic cocktails on a two for £10 basis until 7 pm, or you can get jugs of cocktails, or two wines for the price of one. 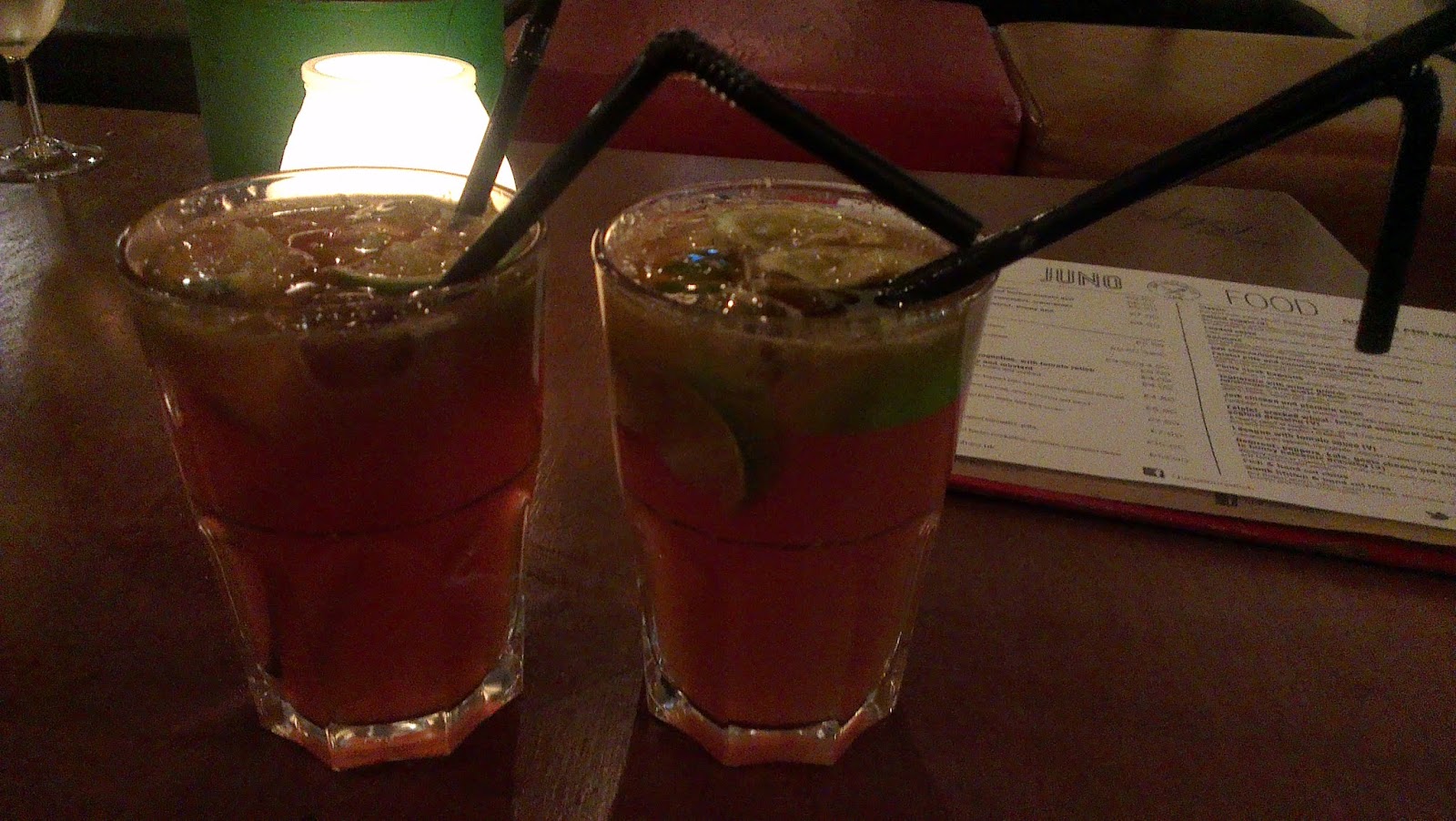 So we took advantage of that and then moved on to Philip Pullman's Grimm Tales...

I shall be keeping an eye on the people behind these grim and gruesome performances of the Tales of the Brothers Grimm, as reimagined by Philip Pullman, as the whole thing was brilliant.

It's a family show, so it never gets too disturbing, but they still manage to stay true to the dark warnings at the heart of the stories. They had a distinctive way of bringing these to life - recognising that these were passed down by word of mouth, and that they're the sort of stories read aloud, they kept all the narrative in, folding it into the speech of the characters.

It was billed as immersive but actually it isn't - you move around to watch each of the vignettes, but your movements are completely controlled by the performers, and then you are static to watch each story unfold.

The actors were wonderful. There were two cast ensembles, each playing several different characters. They managed to strike the right balance between tongue in cheek humour appreciated by the adults, and hamming it up, appreciated by the kids. As children do when they play, they used everyday items as important props - Rapunzel's hair was a long length of sturdy rope, the bird in the Juniper Tree story was a cleverly transformed umbrella. And Hans My Hedgehogs costume was a creation out of broom brushes. It's as if they give you the outlines to set the scenes but it's up to your imagination to colour them in. 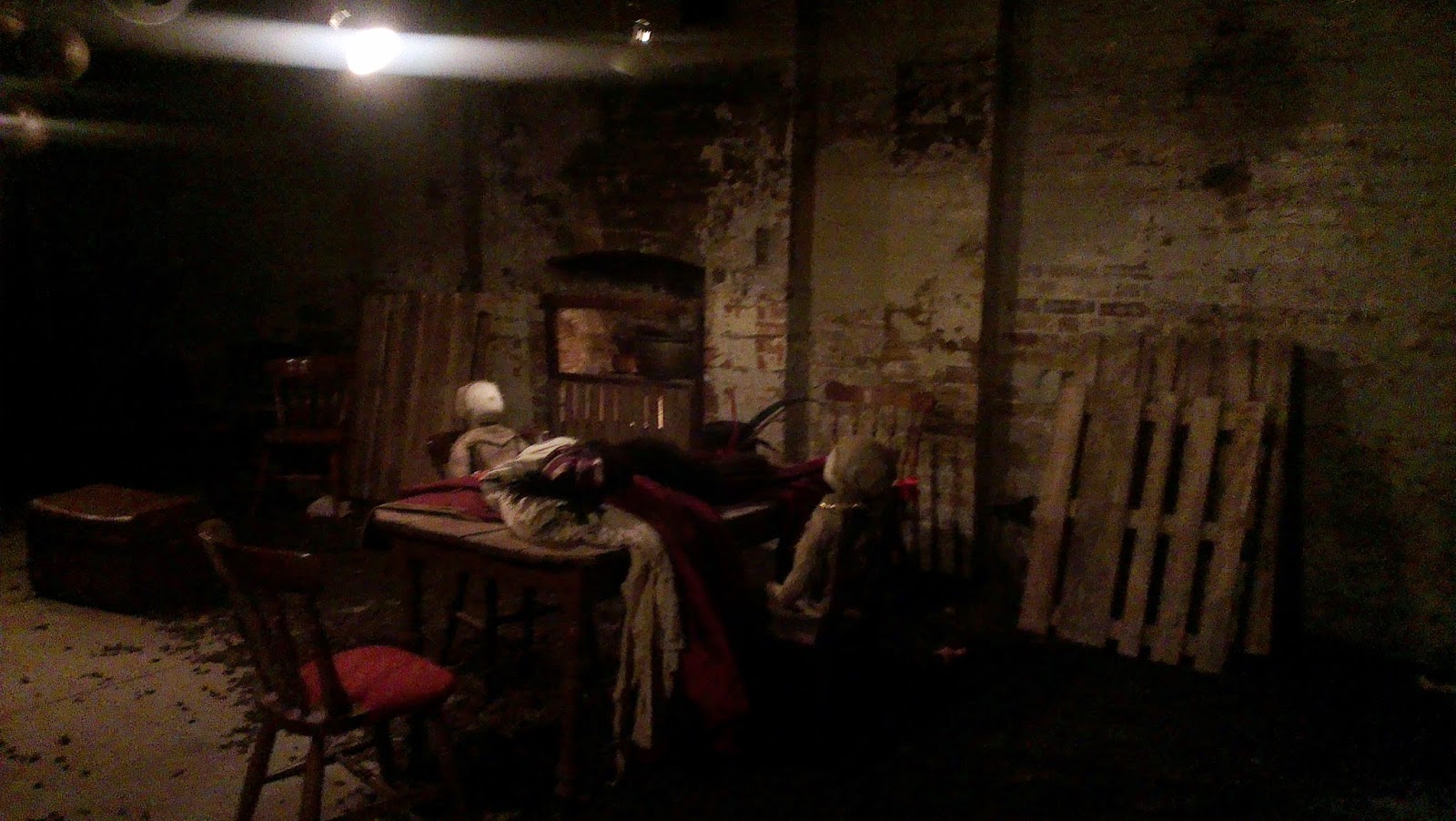 Afterwards we were left to roam. As we travelled between sets we could get glimpses of other scenery but couldn't yet explore. Now was our chance to marvel at what they had done. Ok, it wasn't on the scale of The Drowned Man, but it had been given every bit as much attention to create a fantasy world full of hints at other stories (they had created the bedroom of the Seven Dwarfs for example). It was, fittingly, magical, but also slightly sinister - conjuring up feelings of wandering through the woods, not knowing what might befall you. 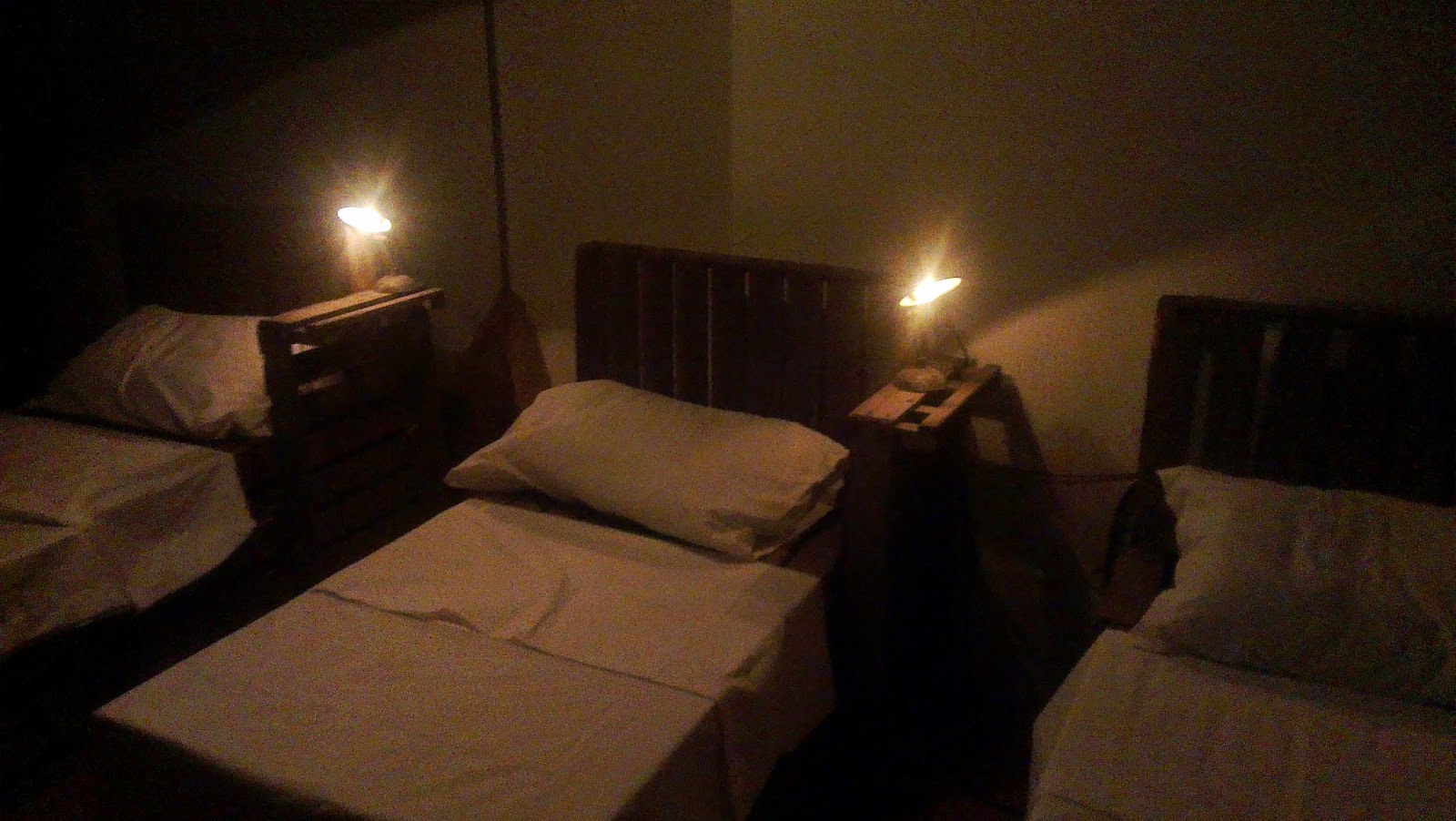 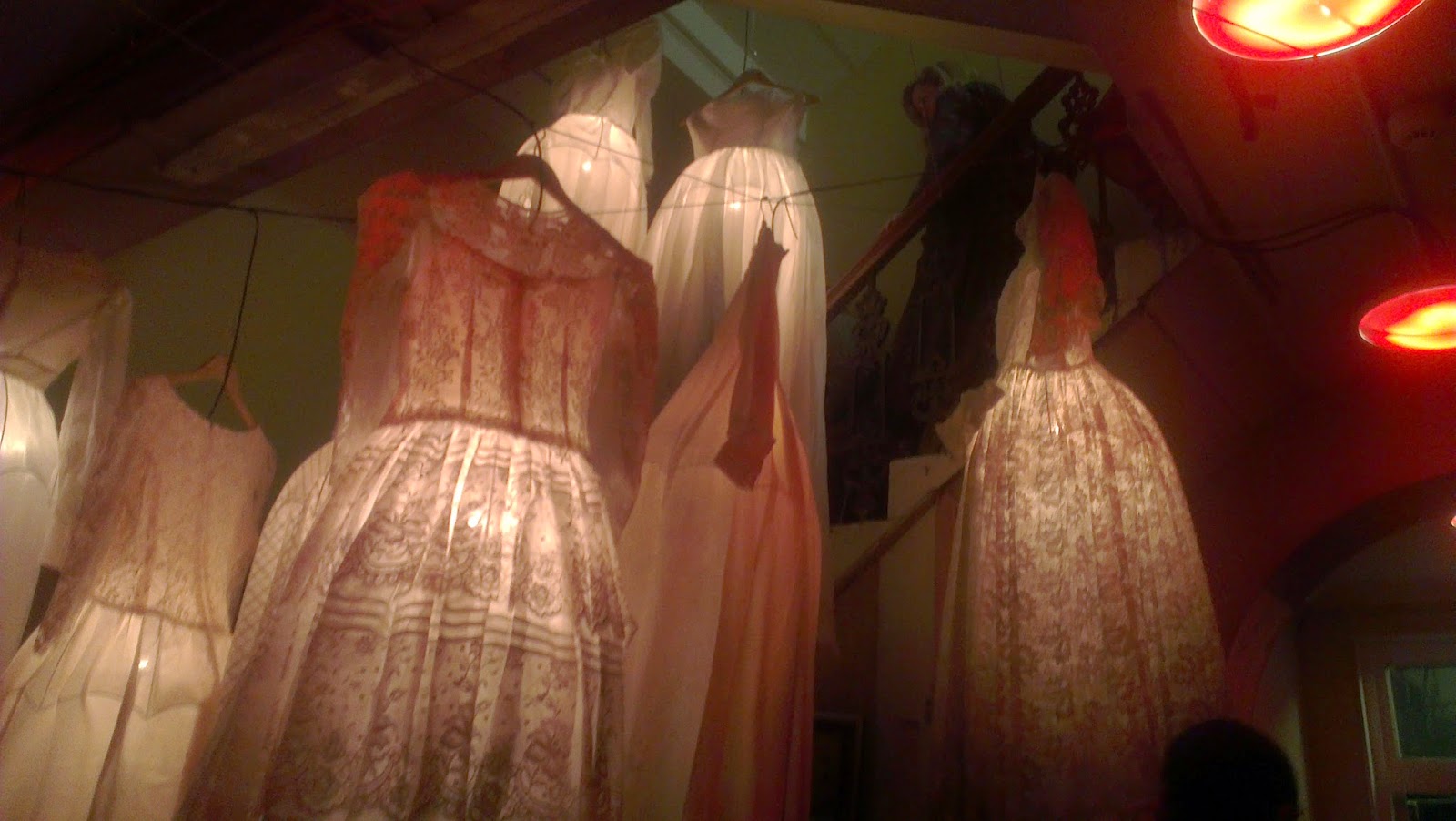 I also appreciated that while they did a couple of the well-known stories - Red Riding Hood and Rapunzel, they also chose some lesser known ones, so you didn't feel like you'd seen it all before. Having said that, my favourite was probably the Red Riding Hood story. The wolf was a delicious villain. 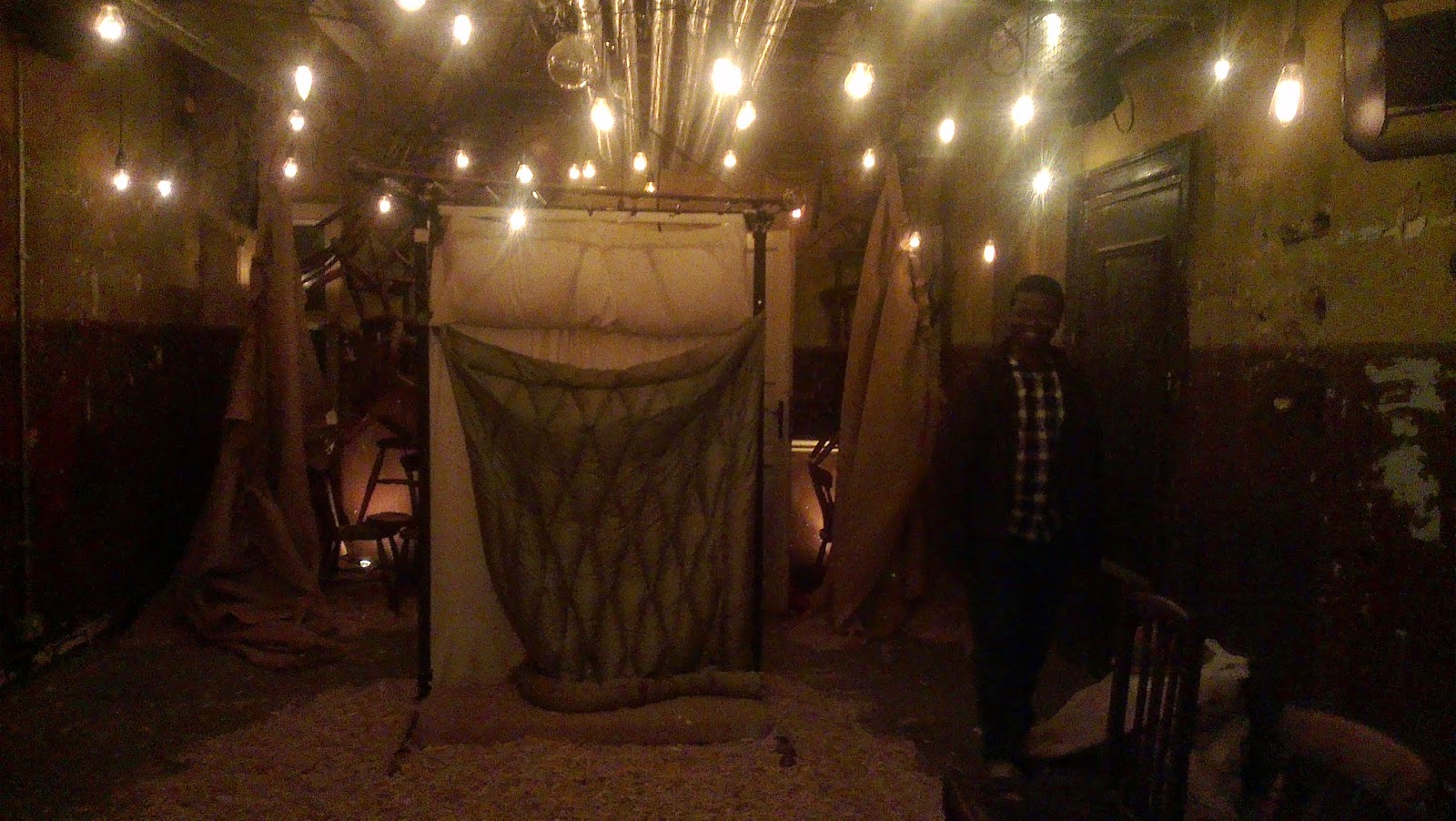 Tickets are still available and they're doing shows until the 26th so if you have kids, or even if not (I went with a bunch of adults) I think this is a piece of theatre worth seeing.
Posted by Ginglesnuff at 8:21 PM