So, it turns out that the people who work at the National Trust aren't that funny.

Welcome to Bright Club, where I hope there are no rules about not talking about Bright Club or I'm about to seriously break them.

What I thought was going to be a series of talks about the speaker's pet love/area of special interest within the National Trust was, instead, basically an amateur stand-up night where clearly the people 'performing' had no prior experience and didn't manage to make us laugh that much through either being too nervous or just not actually very funny. 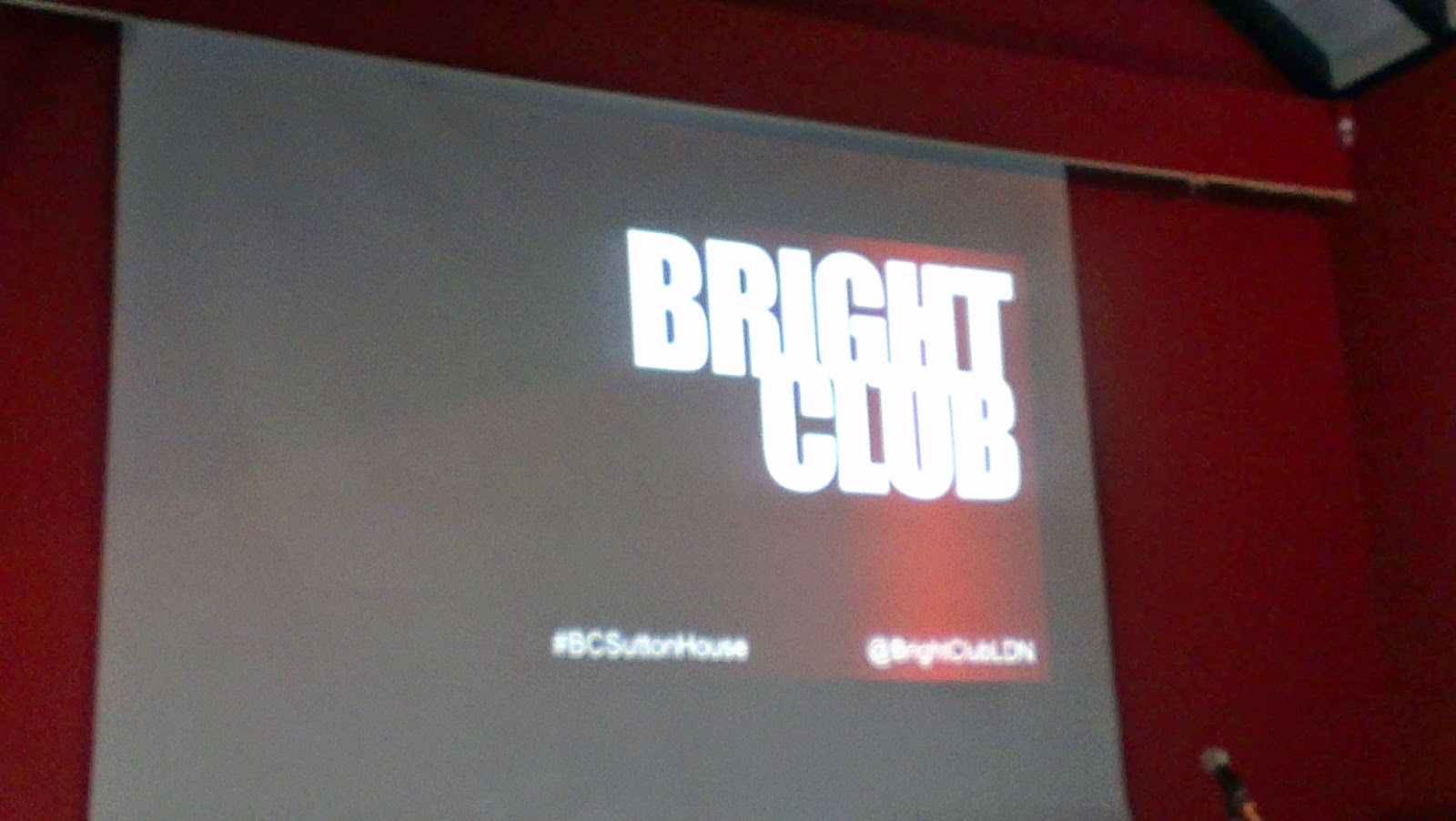 This is a little unfair. Some of them were. The last guy in the first half made us laugh about his Big Brother obsession and his visit to the Big Brother house and how that lead him to volunteer/intern (they're kinda the same thing) at the National Trust.

And the three in the second half were a notch above the ones in the first half again. First up was a girl's amusing presentation on her area of research – street art, including an idea I just loved, of instigating street art tours where you visit and ponder all the shitty, scrawled graffiti on the walls, ignoring all the famous pieces.

More than one of guys 'on stage' seemed to use their 15 minutes as an excuse to have a rant about where they worked and get away with it in the name of comedy. So we heard a lot (a lot) about how 'frugal' the National Trust is, including one guy's anecdote about moving into a house infested with mice on the inside and rats on the outside, on National Trust grounds. Which was a vast improvement on the woman who stood up and jabbered on about dehumidifiers for ten minutes.

The last speaker was also particularly good, again following more closely the format I had been expecting and telling us about her research on early travellers and the exploits and discoveries they made, including live unicorns no less! (Something tells me these travellers were wont to get a little carried away.)

The compere, in contrast, Andrew O'Neill, was very funny, with quite a wicked sense of humour that I appreciated, even if some of the more genteel NT audience did not.

I feel a little unfair judging Bright Club on this night alone as I don't think they usually get National Trust affiliates to come up and try their hand at comedy, so I think this was a bit of an experiment that didn't work. Normally (as some of them were in this instance) it is researchers only who share their projects and try to make you laugh at the same time. And this night is run by the same guy who organises Science Showoffs and that is very good.  But just to be on the safe side, I'll probably stick to Science Showoffs.
Posted by Ginglesnuff at 1:35 PM

Email ThisBlogThis!Share to TwitterShare to FacebookShare to Pinterest
Labels: Bright Club, things to do