People love a freebie and the Oslo launch last Friday was no exception. Twenty minutes deep into a queue, with what looked like at least as long to go before me, and I started to wonder if this was really worth it. How good could it be in there? 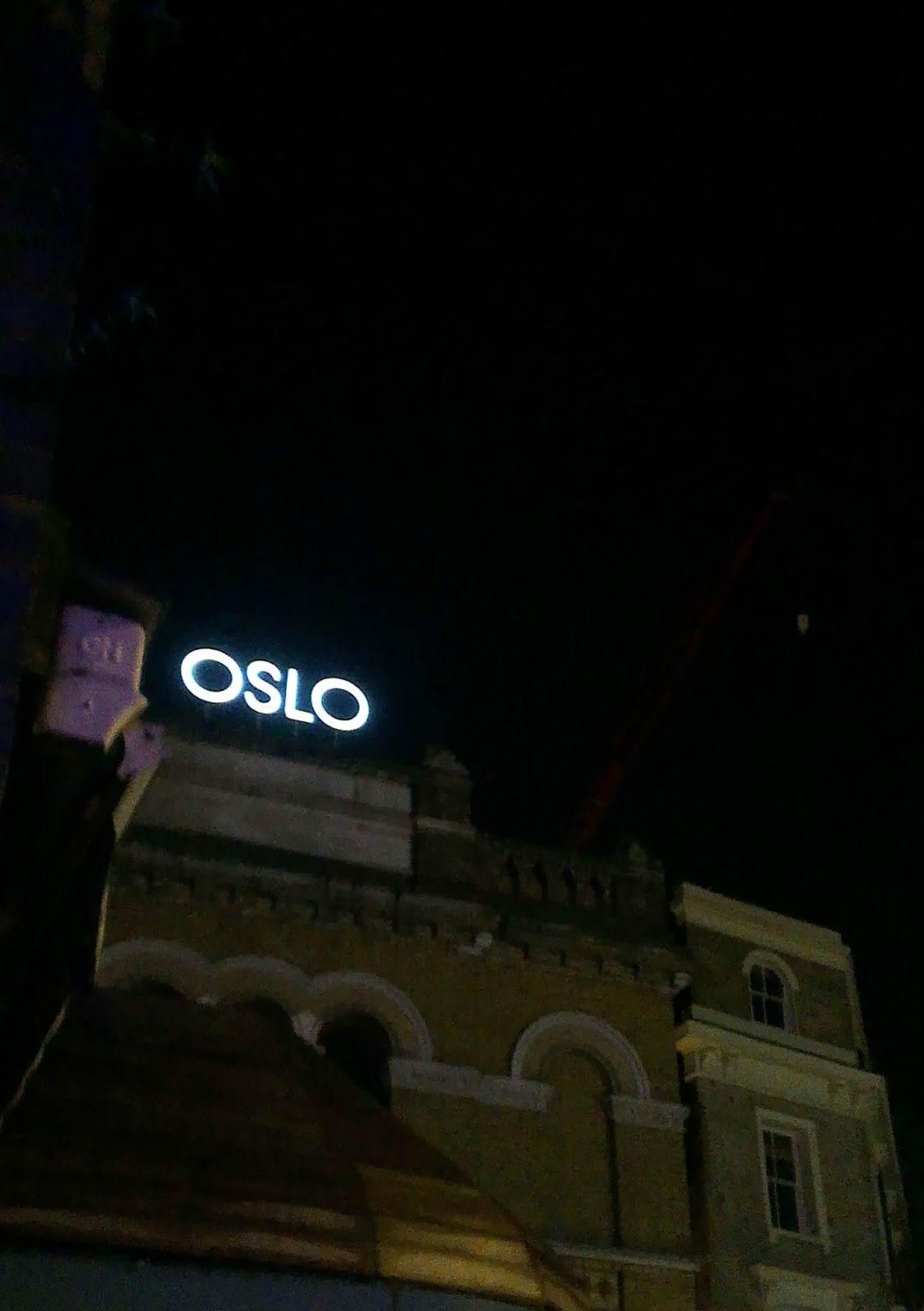 Answer: SO good! Maybe not wait-40-minutes-in-the-cold-good but once I was in I was happy I'd made the effort and I doubt the massive queue will be a regular occurrence. Knowing how many people must have been ahead of us to necessitate waiting so long, we knew it would be busy inside. And, in the downstairs bar area, there was quite a crush. Miraculously, this did not translate to a massive wait at the bar and we got served really speedily. Perhaps that is a sign of talented and efficient bar staff.

Like most new openings, they boast a range of interesting beers, but I know nothing of that. Stephen liked the one he had. What I did notice though was that their wine list consisted of mainly wines I knew and liked - picpoul, sancerre, chablis and gavi. A good sign.

Downstairs was partly so packed because Oslo will be doing food and downstairs is where you eat it. So there were lots of areas for sitting and the benches and stools took up a lot of the space. (Unbelievably there were even three people trying to sit at the bar, despite the hoards jostling around them. I'm sure they got more than one dirty look for getting in the way, not least because I gave them several.) The bar itself seemed like it was probably gorgeous although it was a little hard to tell because of all the people getting in the way of a good view of the fixtures and fittings. The lightshades, both up and down, at least, were pretty stylish. It reminded me of one of the more upmarket bars in Brooklyn I'd been to. The launch hype included some tasters of the new menu by Dave Aherne (the guy behind Burger Breakout) but apart from someone handing out free bits of peanut butter cheesecake in the queue, which didn't get down as far as we were, there was no sign of this. Which is a shame, as I've wanted to try his food for a while.

It was a little after 9 by this point and we wandered upstairs to find some space and see what their weekly night Valhalla was all about. Turned out it was all about having a massive party where people didn't even bother to pretend they were too cool to dance from the get-go. There was definitely more room to manoeuvre up here and you could tell already what a great little space it would make for gigs. They had a small bar upstairs serving the basics, but up here plastic glasses were the order of the day - appropriate gig drink containers. 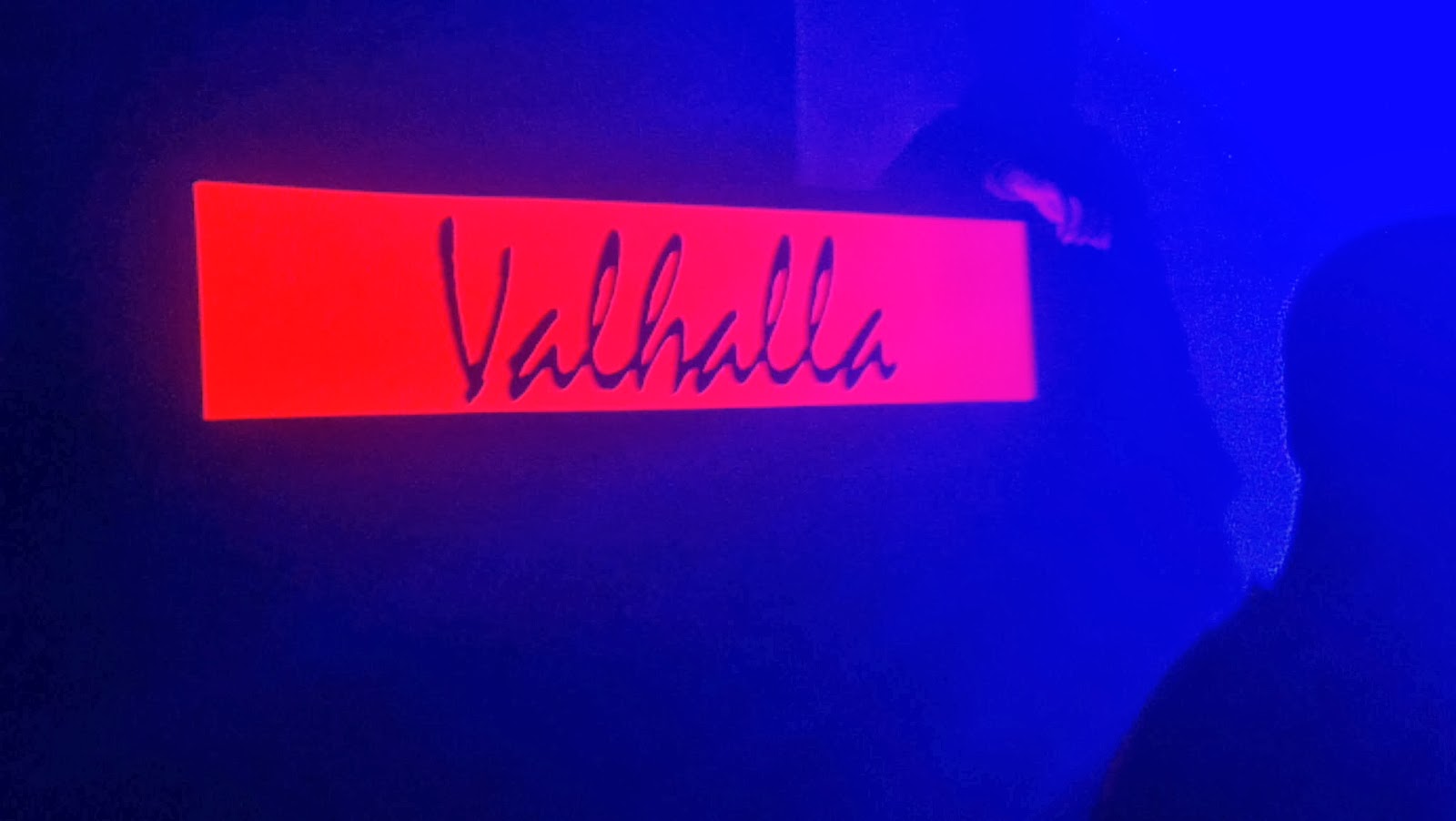 The music was wide-ranging and crowdpleasing without veering too much into cheese (in my mind). There was some Whitney Houston and some Madonna, but also Hot Chip were played twice while we were there; LCD Soundsystem, The Streets, Tom Tom Club and even Slow Jams by Twista which I love but never hear out, were given a spin. Everyone was loving it.

We went back downstairs, which had emptied a little as more people went to party on the top floor. People were still trickling in but the place could handle this pace of people entering without it becoming as uncomfortable to move as it had been. We had another drink downstairs where the music was of a different tone – less up tempo, but just as good. Special props to playing some Luther Vandross. Never Too Much - what a song!

I didn't notice a cloakroom which I hope was just us not being very observant and not a design flaw. Although plenty of other people must have missed it too, as there were lots of coats just dumped on the dance floor. That is one thing that really bugs me about places, especially if the aim of the night is to have a dance. But that was my only real criticism. A big plus in its favour is that the bus that goes from outside my flat takes me directly there, so I already started out a little biased in its favour. The fact that it was so good is an extra bonus.