Christmastime in London is one of my favourite times of the year. Why? Because everyone else buggers off and finally you get a chance to get into places without the queue that exists all throughout the year. Last year we took advantage of the emptiness to try out Bone Daddies. this year, we went to Bubbledogs. 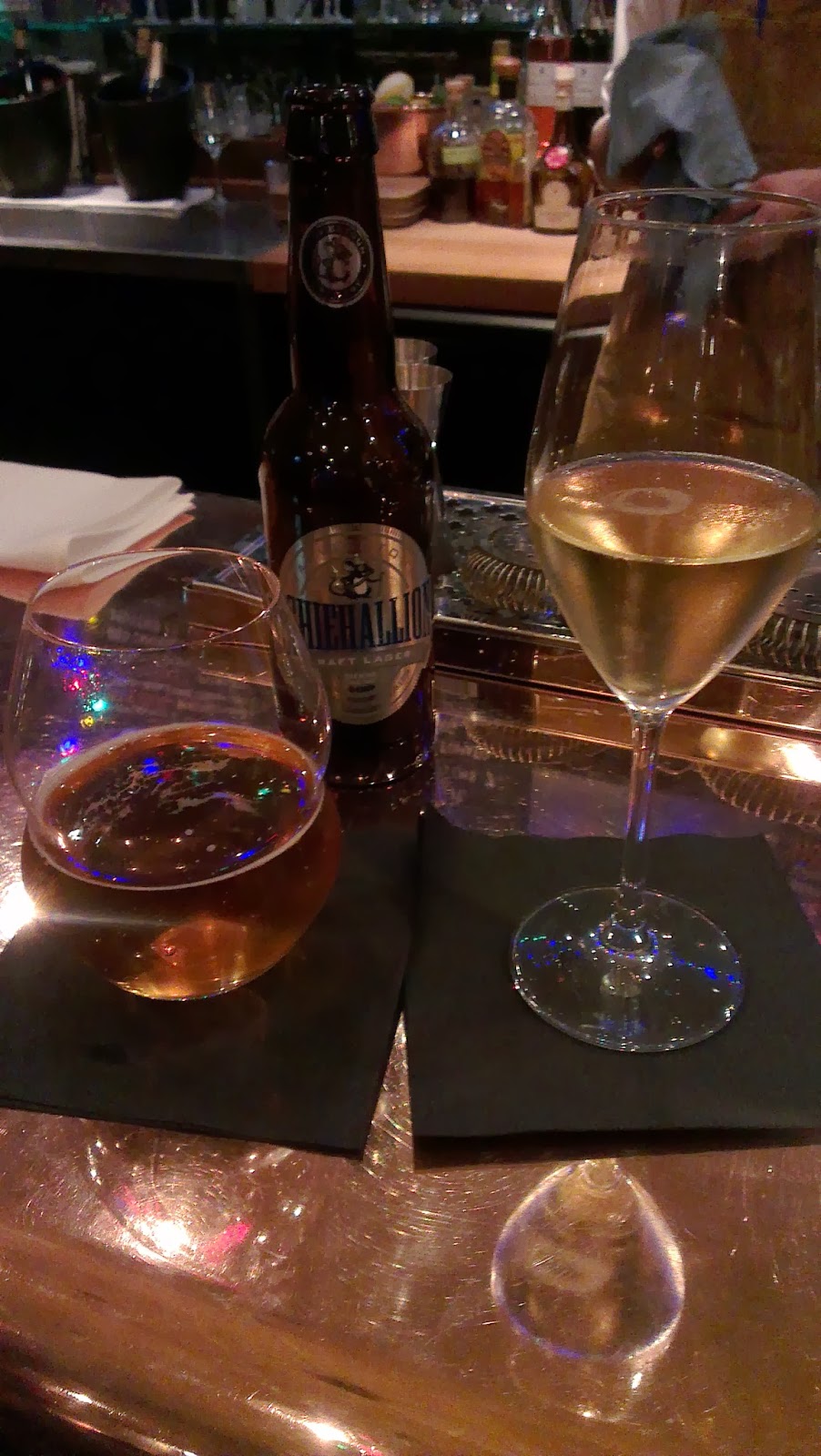 When we got there it was still pretty busy but there were several empty spaces. We installed ourselves at the bar. We'd already had almost a half a bottle of champagne at home before going out and, given the nature of the venue, I saw no reason to not continue so I had a glass of bubbly. The cheapest one, admittedly, but it was still much better than 'cheap' champagne - it was fresh and crisp and stood up to the Veuve Clicquot we had been sipping at home. Stephen ordered a beer, which is a more traditional accompaniment to a hot dog I suppose.

There were plenty of dogs to choose from, from the simple naked dog which was a hot dog on its own, to a straightforward hot dog with onions and saurkraut, the likes of which you would find on any NY street corner (and hence called the New Yorker) to more adventurous toppings like truffle mayo and caramelised lettuce on the BLT. Stephen chose the Sloppy Joe, a riff on the sloppy joe sandwich which is loose chilli in a roll. This one was a hot dog covered in beef chilli, cheese and onions. 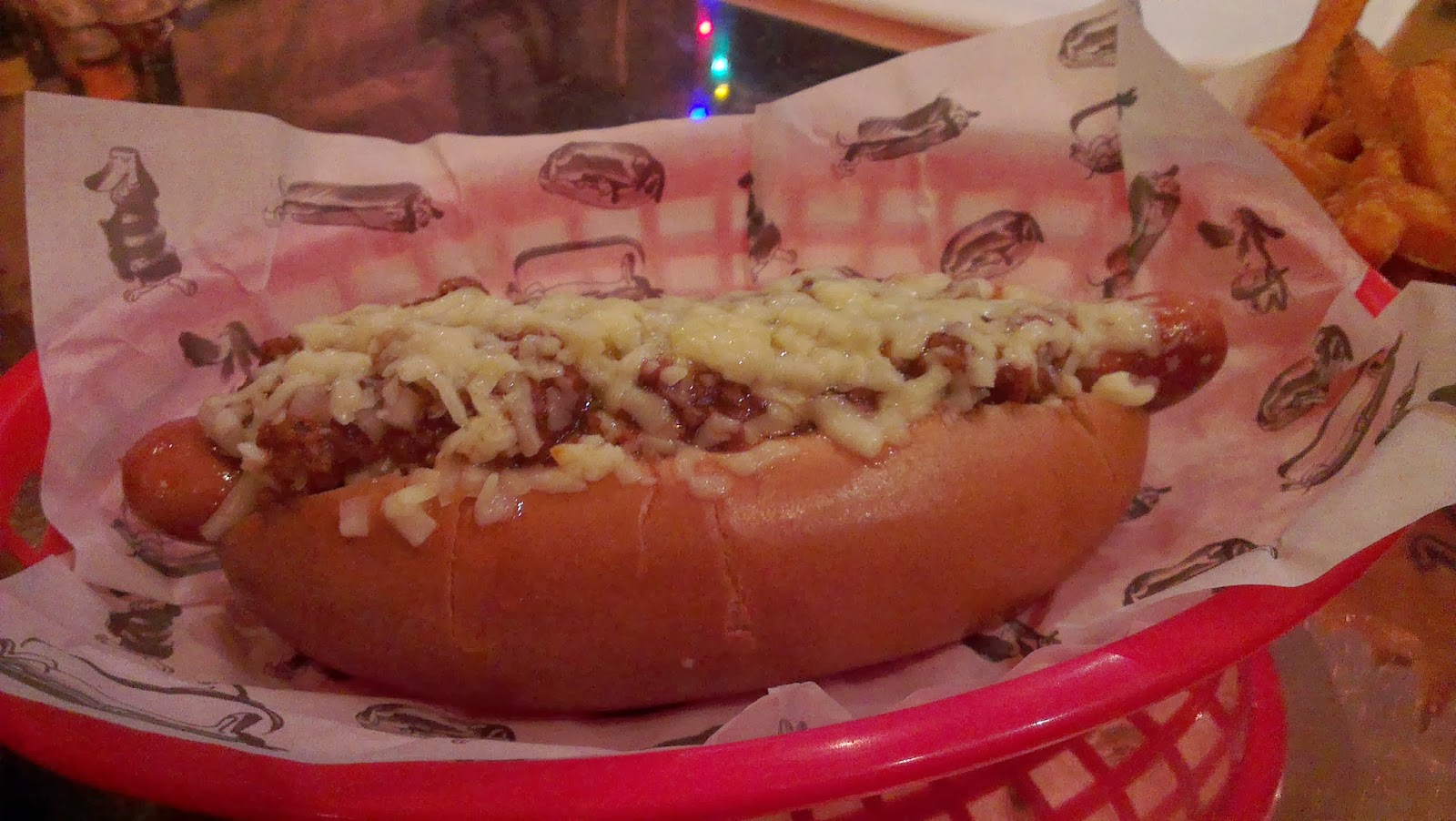 I had the Mac Daddy - a hot dog topped with mac and cheese, bacon bites and crispy onions. We had a side of sweet potato fries to go with.

We both had a beef frank and this tasted exactly as I would expect a hot dog to taste. The toppings were plentiful, and a little difficult to keep a hold of. A fork to catch the stuff that inevitably falls off wouldn't have gone amiss. I also think the hot dogs themselves were really, too thin. They were almost suffocated by the amount of topping on top. But the toppings themselves were good. My mac and cheese might have been a little too rich and stodgy on its own but was saved by the salty bacon bits, and the crispy onions which were excellent. 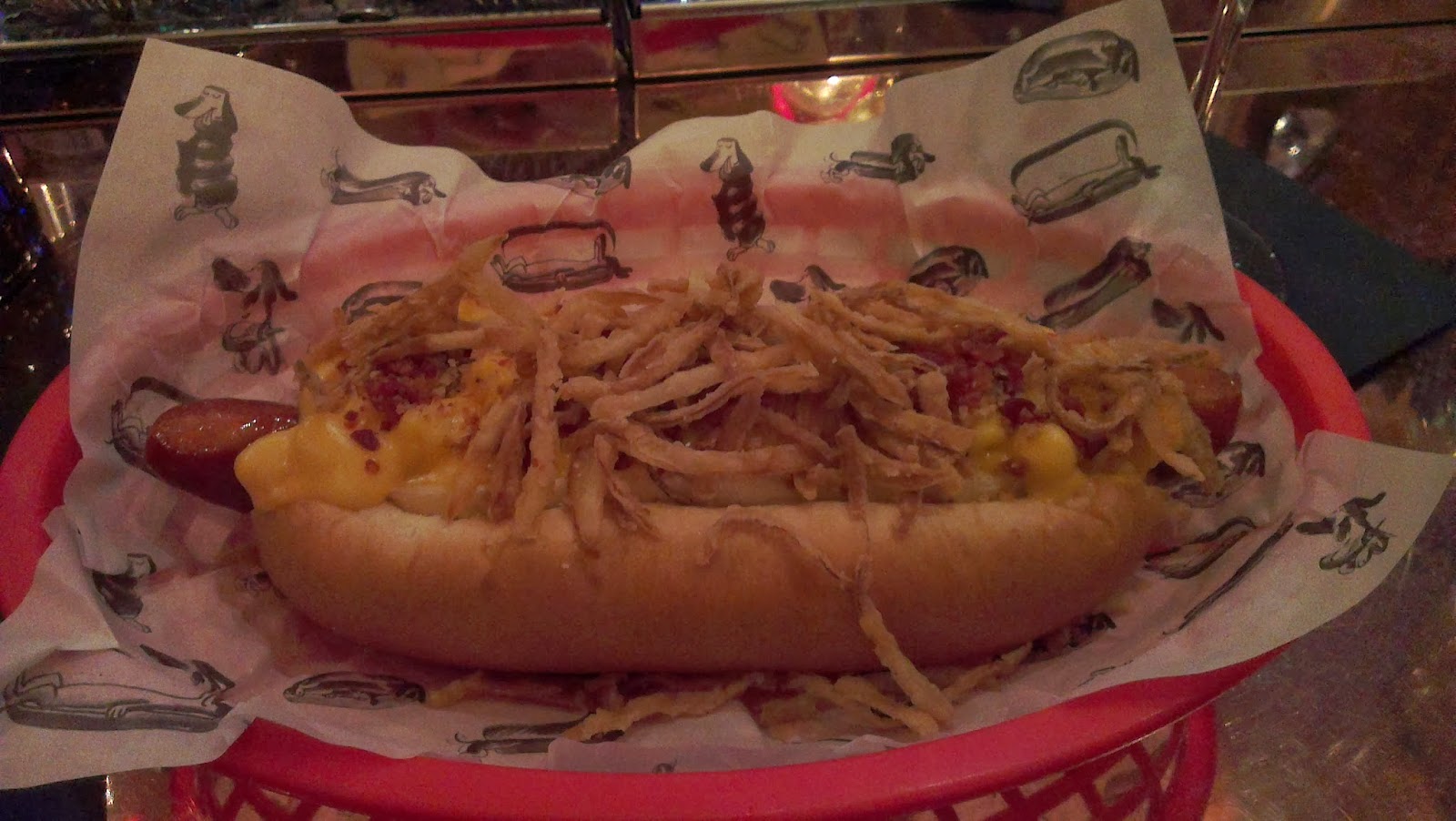 The sweet potato fries were actually probably the most outstanding thing about the meal - the first time either me or Stephen have had them where they've actually been crispy like good fries should be. I suspect they coat them in something first to get that effect.

At around £7 for a hot dog, it's not all that expensive either - not much more than you'd pay at a street food van. However, when comparing these hot dogs to the versions I have had on the street, these ones don't stand up that favourably. Big Apple Hot Dogs, Dogfather Diner and Street Kitchen (at The Miller) are all doing superior versions.

If the setting were a quick grab and go diner, then these hot dogs would do the business. I enjoyed my hot dog - it was a proper hot dog in my eyes and it was tasty. The champagne to go with it wasn't weird and I think worked fine, although it does just seem there as a novelty factor. But for the price, and the surroundings (it felt like a pretty nice bar), I expected something... more. I certainly wouldn't queue for this, when there are better places around.