The French toast at Shackfuyu seems to be taking on a life of itself. I have even seen it described as ‘iconic’ and that if you don’t have it when you’re there then you haven’t done Shackfuyu right. So of course we ordered it. And it was good. Really good. I would describe it as like bread and butter pudding but without the annoying raisin bits and condensed into one intense triangle. It is served with matcha green tea ice cream, and while this wasn’t particularly offensive, neither did I enjoy it all that much. I don’t like tea, or green tea, so obviously I’m a little biased. It was smooth and creamy but I thought it left a sort of minerally taste in my mouth I didn’t love. I’d have happily had just vanilla ice cream with it, and for this reason I can’t jump on the hype wagon for this dish. 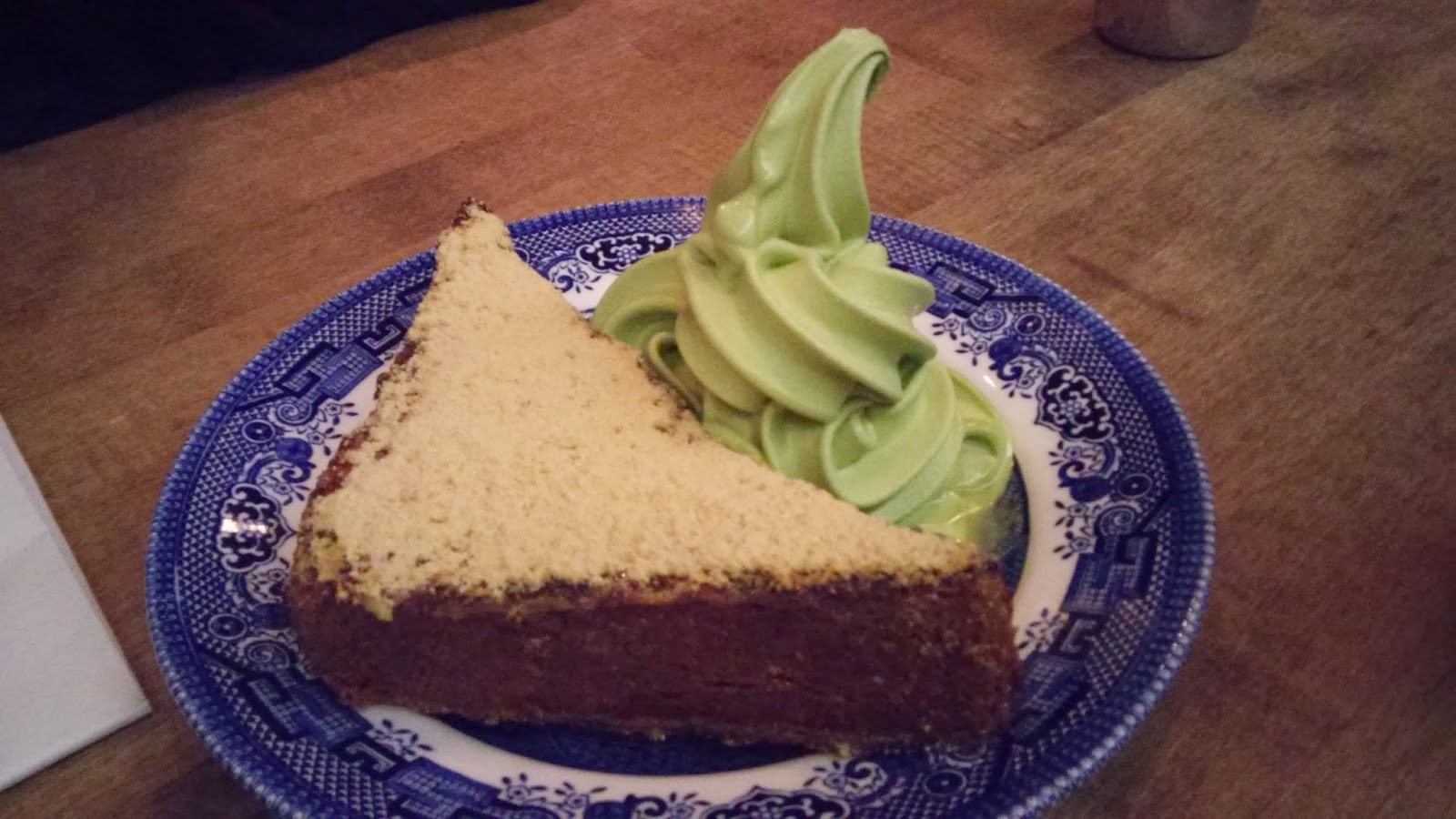 And the rest? Some really good dishes available here, but overall the restaurant didn’t grab me. A bit like Flesh and Buns, where the food was definitely tasty, I am perhaps a little too cash strapped to fully appreciate it, as to do it right you probably need to not care about how much you’re ordering. I enjoyed what I ate but they were the epitome of small plates – far too tiny to satiate (and I had worked up quite an appetite flinging a pillow around at the International Pillow Fight in Trafalgar Square). The scallops for example sounded delicious, served with a chilli miso butter but we just couldn't justify paying £8 for one!

So I ordered two of the yellowtail sashimi tostada which came with avocado shiso instead. This was light and fresh tasting but mostly tasted of avocado.

Korean wings in a sticky and zingy sauce were messy and enjoyable and actually not a bad size for a portion. 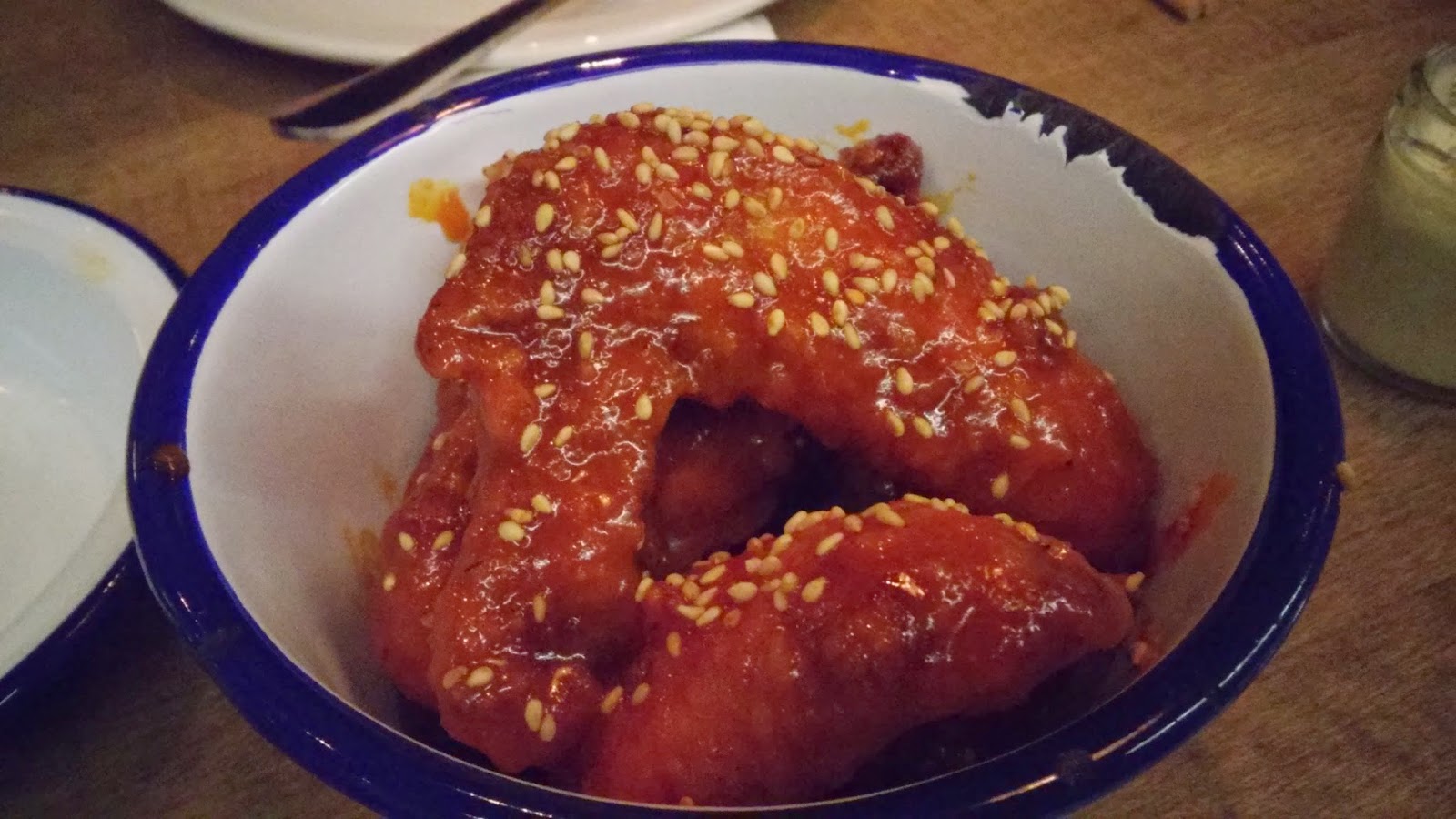 The 'prawn toast masquerading as okonomiyaki' however was really quite tiny and disappointing - disappointing because it was a really different way to serve this that I relished eating and I wished there were more of it. I could have handled three times as much, especially once I gave Stephen a bite or two. They were a touch heavy handed on the bonito flakes for my liking but otherwise the Japanese mayo and seaweed flakes made this an improved version of prawn toast. 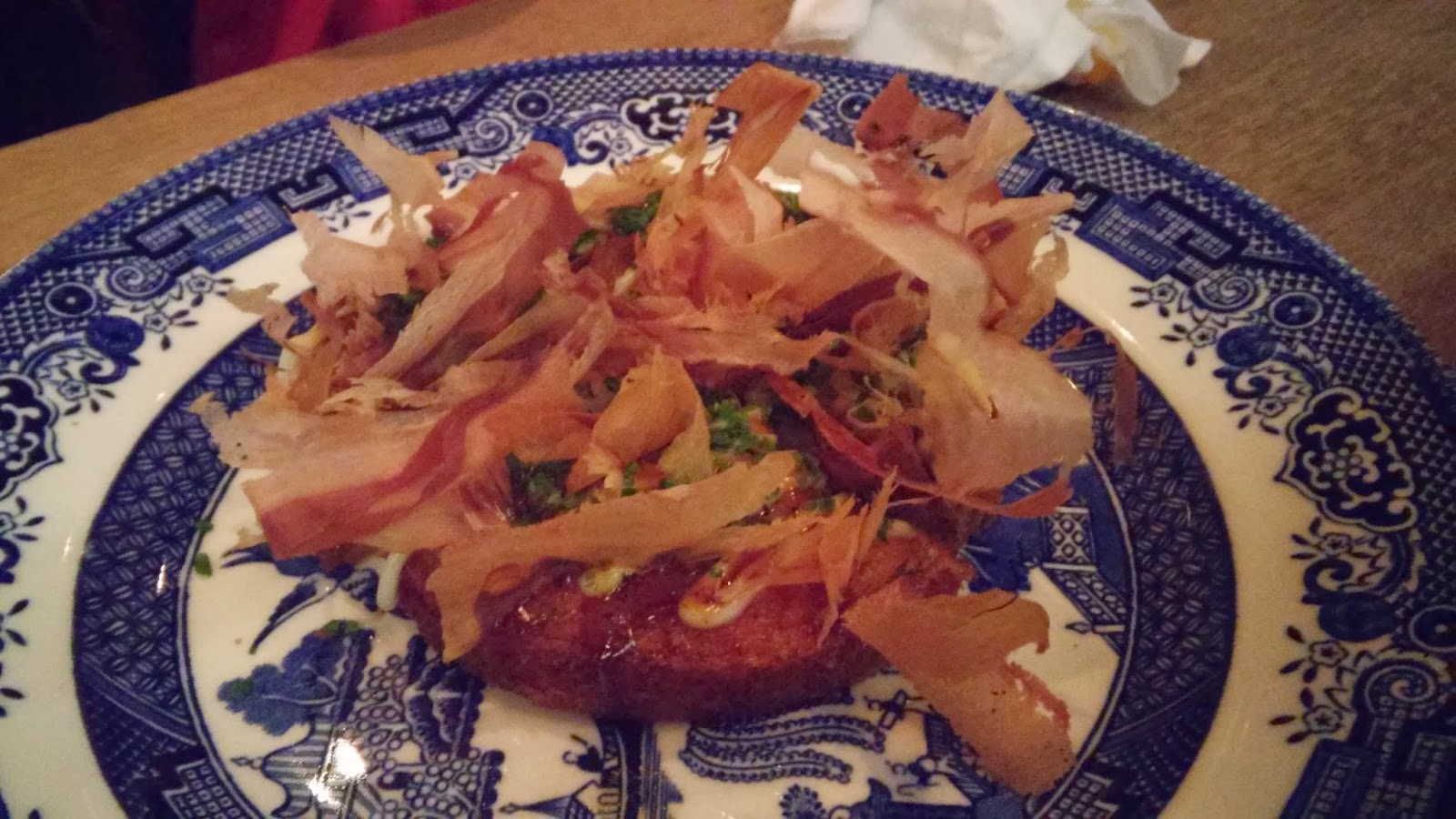 Stephen had the special of mussels which he wasn’t too fussed about it – he said the broth was a bit thin and bitter. 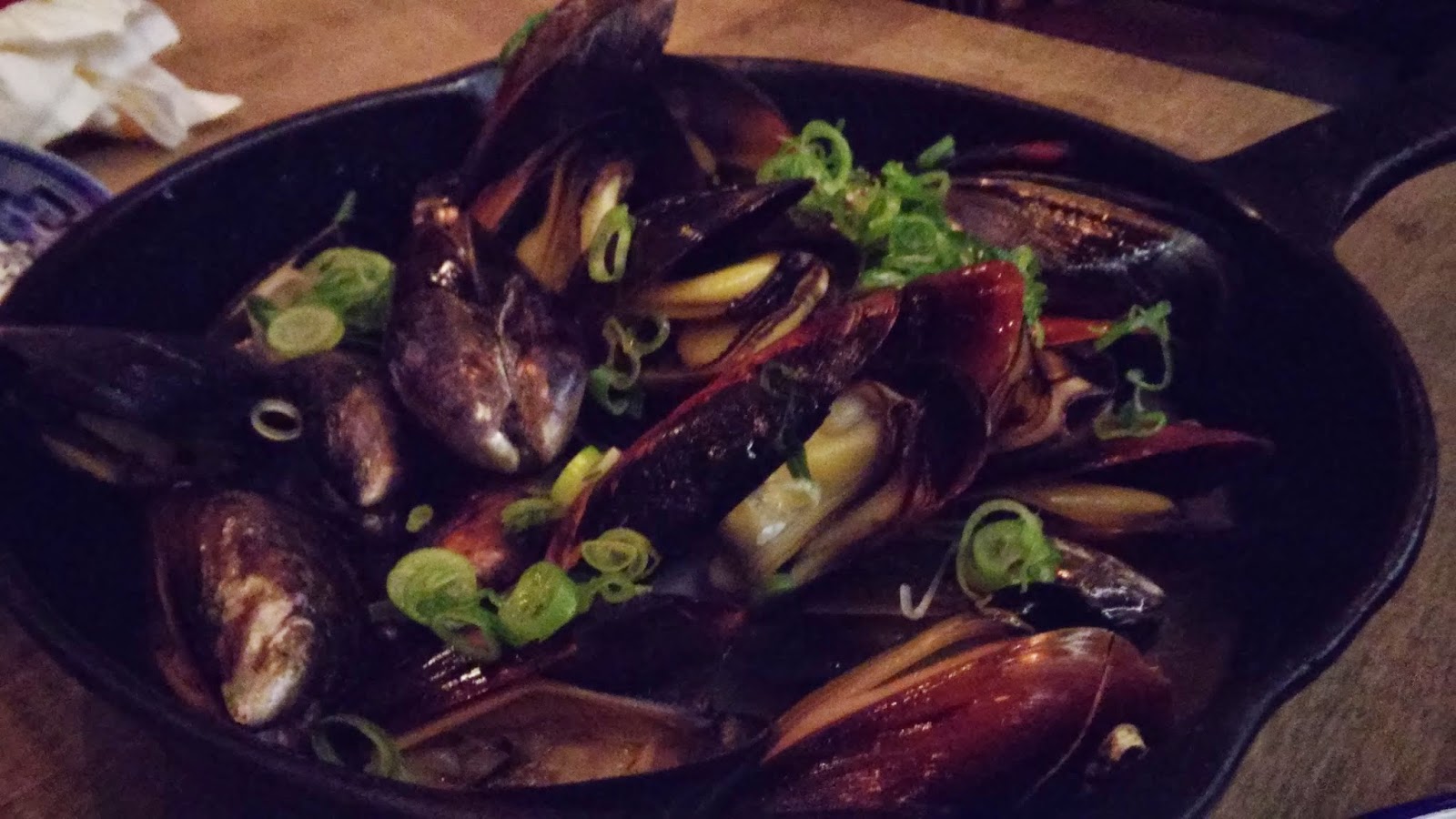 And finally (well, not finally - that was the French toast) we had some mac and cheese with roe which I avoided. Looking at it now it looks delicious and yet no memory surfaces of me savouring it so didn't make a big impression. 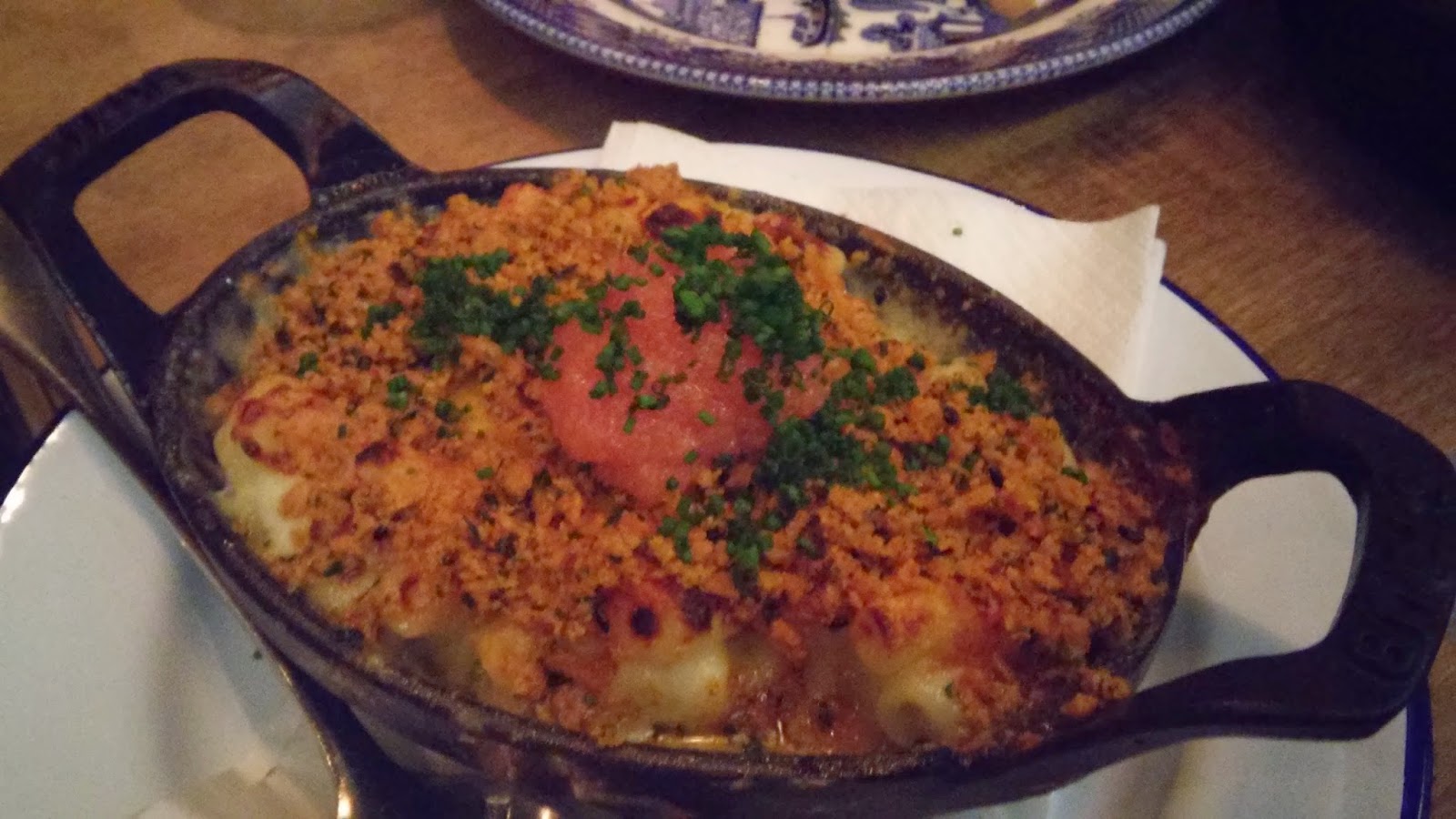 So, the food didn't rock my world probably because what I wanted was a proper dinner rather than a few snacks, and I couldn't afford to do that here. I would happily revisit for a light bite or two before heading out drinking however, just to line my stomach.