If there’s one thing that can be said about the Aussies it’s that they now how to party. So as soon as you let them loose on bingo, you know it’s going to get a lot messier than most bingo you’ve ever played (unless you’re familiar with Rebel Bingo). 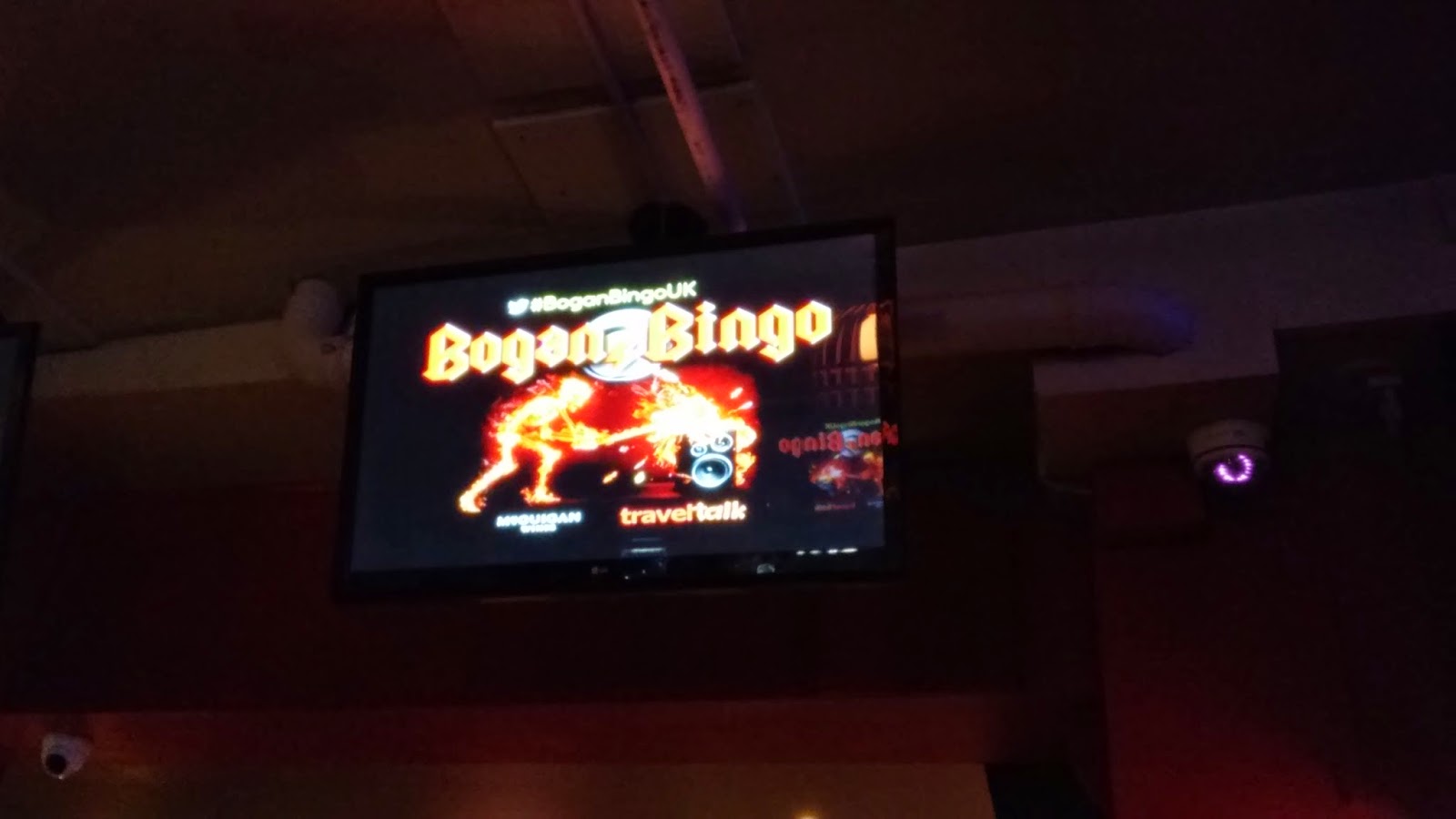 The name of the game is Aussie chavs, or Bogans, and our hosts for the evening really ham this up. Honestly, they are so immersed in their roles, high-octane the whole time, I don’t know how they find the energy to do it on a weekly basis. The Slug in Fulham is completely taken over for the evening by the Bogan boys and their bingo ballerz and there are lots of drink offers on as well as some dude food to soak it up. Thirty wings for £7.45? FIFTY for £9.45? What a bargain! We got there quite early and apart from the cheesy songs being played, wondered where the 'bogan' was going to come in. That is, until Trevor and his co-host come in, fully ‘okkered up’ with mullets, vests, denim cut-off shorts and strewth! some fruity language to get you going. Music is full throttle and you just have to be even louder to compete and claim your prize (though luckily they use microphones so you can hear the numbers being called). 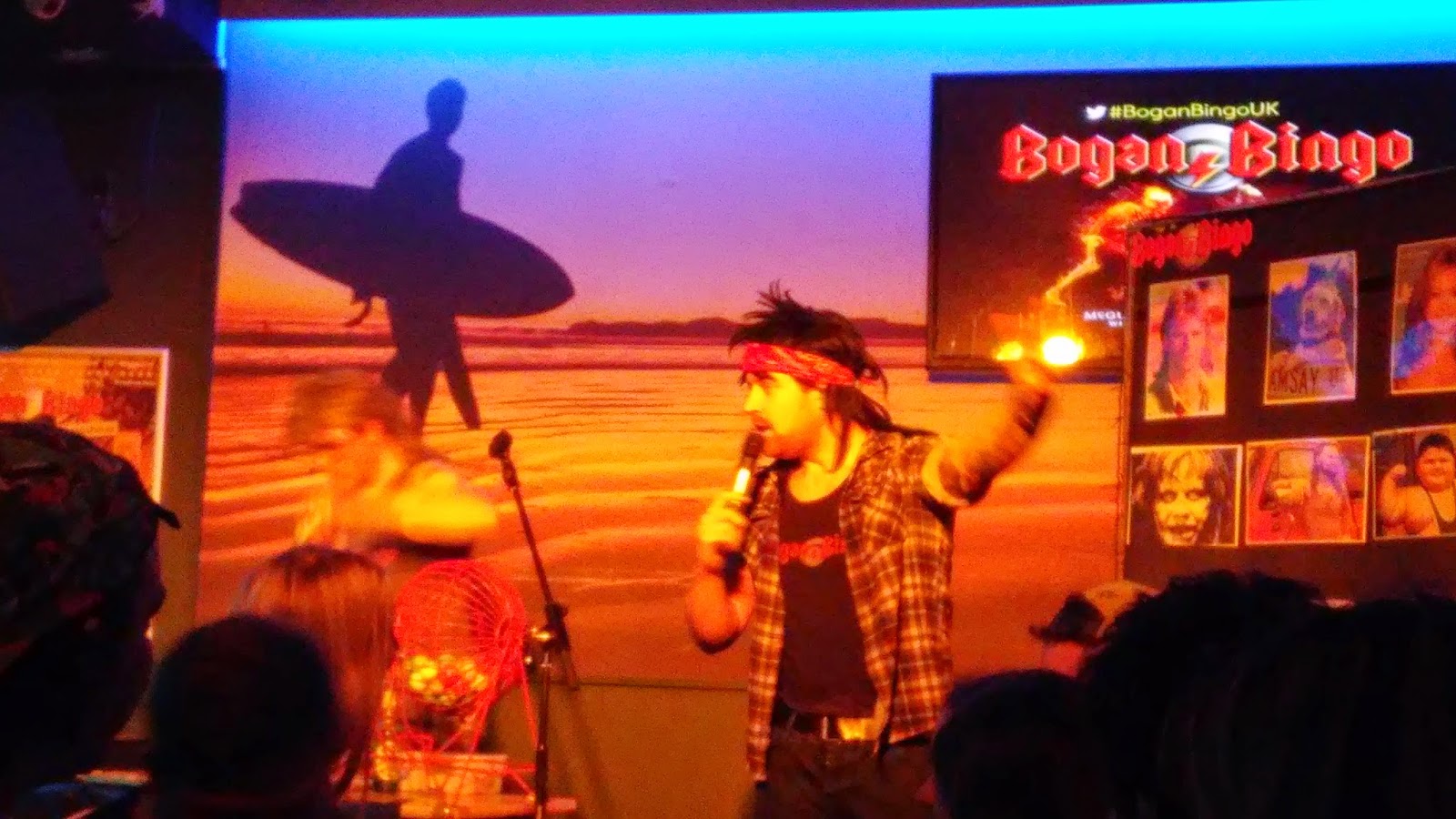 There are a few rules. Or should I say rituals. To do it right, if you got bingo you had to do rock horns, grab your crotch, clench your butt and shout ‘BLOODY BINGO!’ And that was just to start. For any number ending in one, you were encouraged to shout ‘up your bum’, for 55 you gave everyone near you high fives, for any number ending in 3, one half of the room drinks, any number ending in 7 the other half does. Six meant ‘your tits’ and if any girls actually got them out, you got a drink for each nipple. This number didn’t seem to make an appearance until near the end of the night when plenty of people were liquored up enough to actually do it!  What with all of this, plus the music blaring and the Bogan Boys dancing, there wasn’t much time to play the actual bingo, so it was limited to two games. Usual rules applied – you were looking for a line, two lines and then full house. And yes, professional dabbers were used.

We were heartily and strenusouly warned - this is all about winning. Taking part counts for nothing! If you weren’t a winner, you were a loser. And who would want ot be a loser when there were such fab prizes as a framed photo of a panda on a slide, and a cereal dispenser, not to mention a Rick Astley dustpan and brush! But there were serious prizes on offer as well such as bottles of wine, £25 bar tabs and a real trip to Egypt!! To win a prize you first had to get bingo, and then you were invited up to pick from the board of famous bingo bogans including a fat kid of the week and Jesus (long hair, sandals, water into wine – of course he’s an Aussie!).

Then at half time there was an air guitar competition (though no one really beat the hosts at their own game) and there was also a round of guess the 80s or 90s theme tune for a free drink.

The music wasn’t necessarily my thing but it was hard to fall for the sheer brute charm of the event and the music all adds to the theme. It was mainly 80s and 90s cheesy rocky anthems like Black Betty, Dancing in the Dark, Summer of 69 which you can bop to while the hosts dance around like loons. Everything is turned up to 11 – this is ROCK bingo. They don’t just spin those balls, there’s a smoke machine and plenty of tongue action!

The grand prize is well worth entering for that alone (as usual I won a sum total of nothing – bingo is not kind to me) but it is an absolute blast. The pub stays open way after midnight and you’re encouraged to stay and keep the party going. But unfortunately, it was on the wrong side of town for me (it’s one negative point) so I couldn’t stay to see what kind of carnage it descended into. 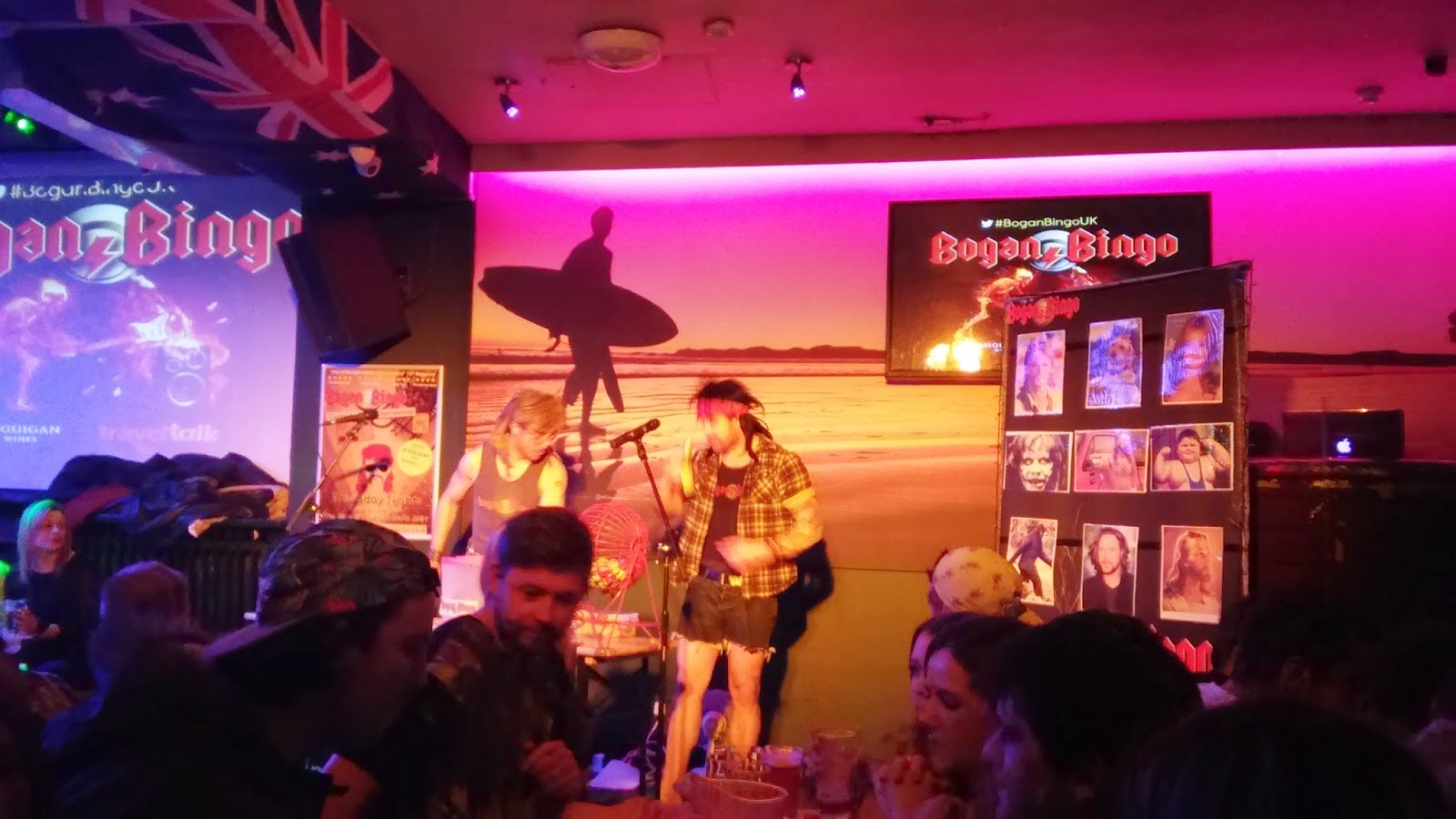