Levantine food, Turkish food, I’m lapping it up. So I really wanted to try Alan Yau’s new casual place in Piccadilly, Babaji Pide Salonu, which is dishing up some traditional Turkish food with a focus on pide (their version of pizza, a bit like their lahmacun but, I think, doughier bread and differently shaped).

It’s a no-bookings deal but it was 7pm on a Monday so we didn’t think there would be too much trouble getting in and indeed we only had to wait ten minutes. The narrow space on the ground floor is deceiving so if it looks full fear not, there are plenty more tables upstairs. Many people have commented on the décor of Babaji and it’s easy to see why. It’s polished yet cosy and feels like an upmarket tea salon.

Neither my friend nor I were there to stuff ourselves so we ordered moderately – a pide each, a salad to share and then we ended up getting dessert after seeing someone else’s. I ordered the lamb pide as I do like to get the classics when I’m in a place to see if they’re done right. My veggie friend ordered the feta, kale and sultana pide. Mine arrived as expected – a flat bread cut up into pieces with minced lamb and some sparse flecks of tomato and peppers. Carolyn’s arrived as a sort of roll which was a little different and meant we’d munched a good third of it before realizing we hadn’t spotted any sultanas at all. Carefully uncurling the others, we could see none. We enquired and the waitress had to check on what was supposed to be in there before peering herself and agreeing she couldn’t see any either. She agreed to replace it, and so we waited for a new one to arrive. And waited. And waited. I think we had to ask whether it was on its way eventually and I was pretty convinced they’d just forgotten about it. 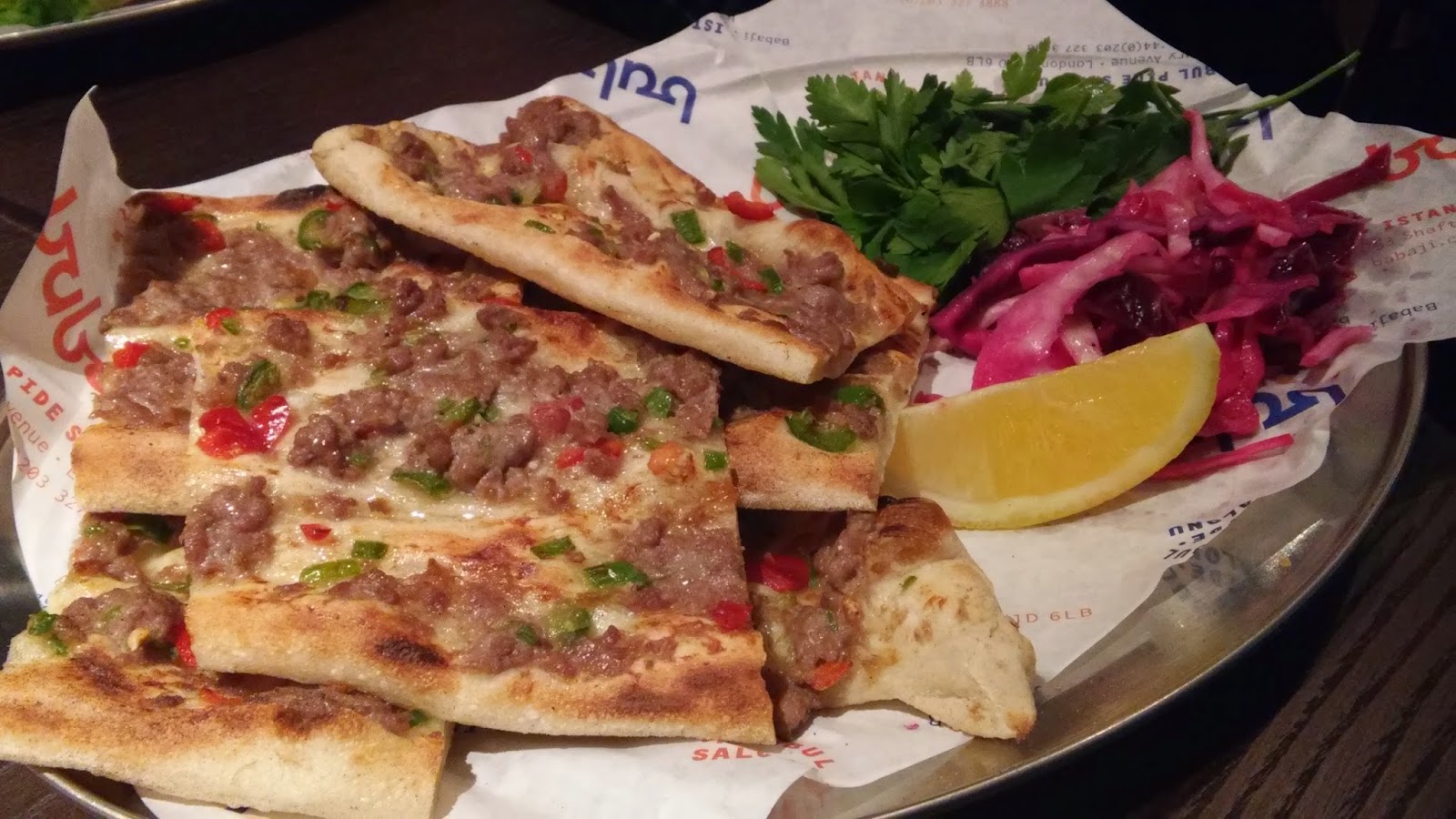 In the meantime, I was trying to make my lamb version last as long as possible so that we weren’t eating at different times. I’m sorry to say that this one really did lack flavour and seasoning. It wasn’t unpleasant to eat, it was just bland and I really wished for some chilli sauce to perk it up.

The salad was nice enough – light and fresh, the classic combination of cucumber, tomato, and onion with plenty of parsley and some Turkish green pepper, it had plenty of dressing that I used to dip my pide in. 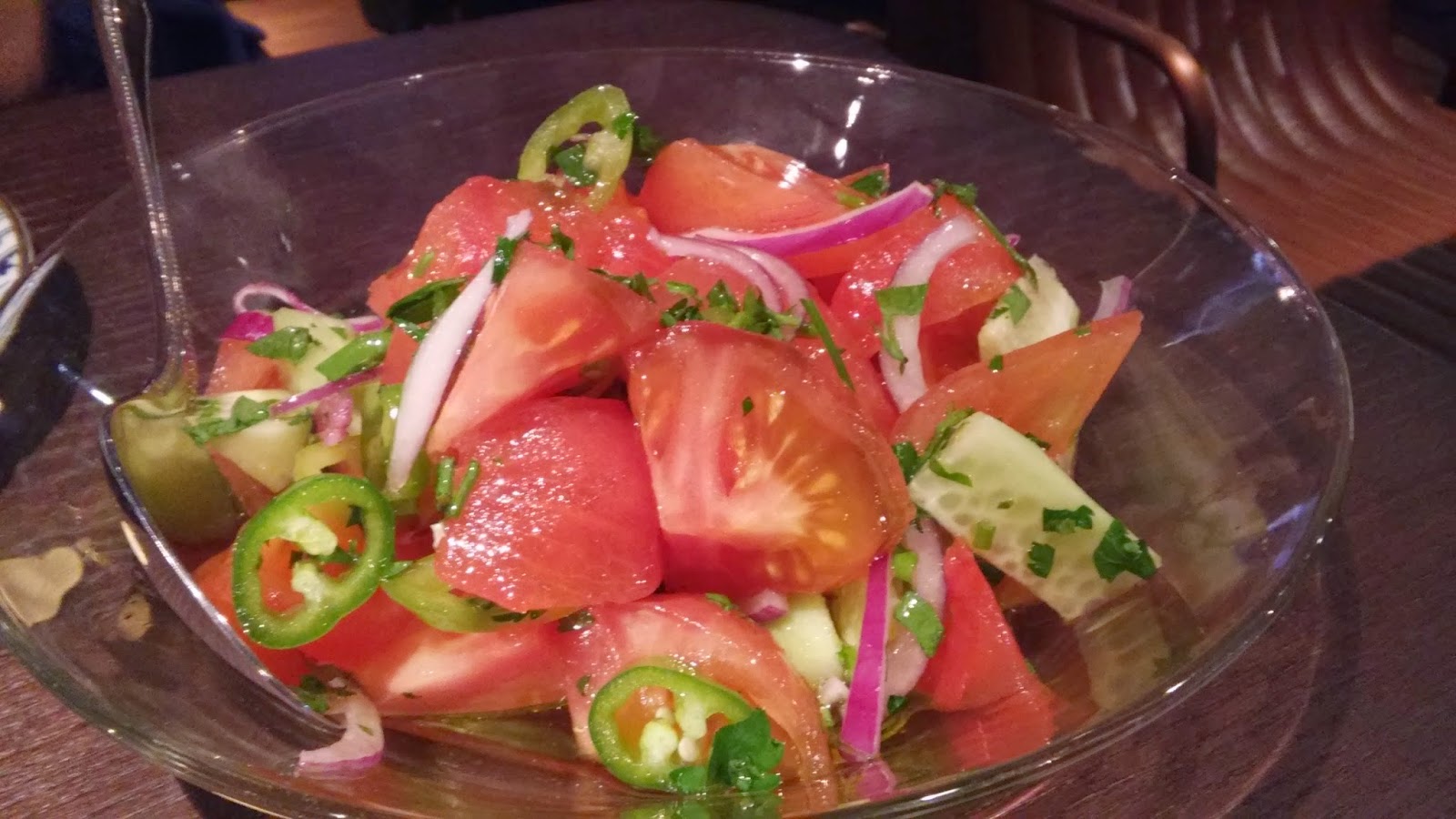 We had ordered a glass of wine each. I don’t know why some restaurants are so mean with their wines – we were served a 125ml portion which is about two gulps. I had finished my wine and the glass was sitting there when someone came along and whisked it away. I tried to catch them – not because I wanted the empty glass but because I wanted a refill but they were way too quick, and had no intention of checking if I wanted any more. Slightly odd service. Finally Carolyn’s pide with sultanas turned up and we were able to corner the waiter and get another glass of wine. The first had had far too much feta in it, the second had almost too little. But, despite not really loving raisins etc myself, I do think this one needed them – you needed something sweet to balance the sharp cheese and irony greens. Obviously why the chef intended to include them in the first place! 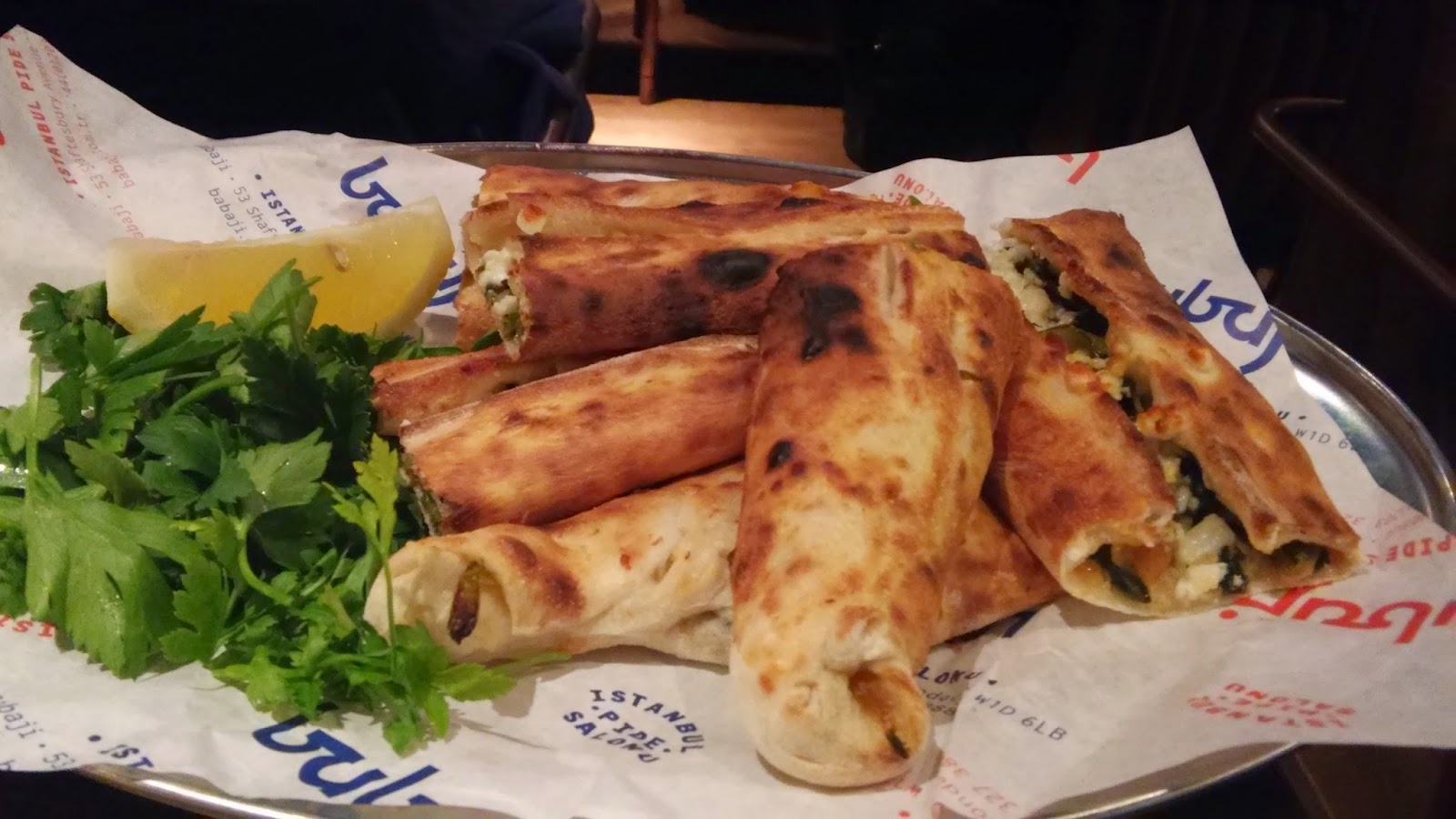 The whole meal was underwhelming to say the least both in terms of service and food, though to their credit, they did take the veggie pide off the bill.

We also ended the dinner on a high note as we shared their kagit helva ice cream sandwich. Clotted cream ice cream in a chewy wafer with a pistachio coating. I could have done with more pistachio but this was absolutely yummy to eat. If I were being ungracious I would point out that the yummiest bit – the wafer – probably was bought in and not made by them but it still tasted great and I’d happily eat that again. And next time I wouldn’t share! 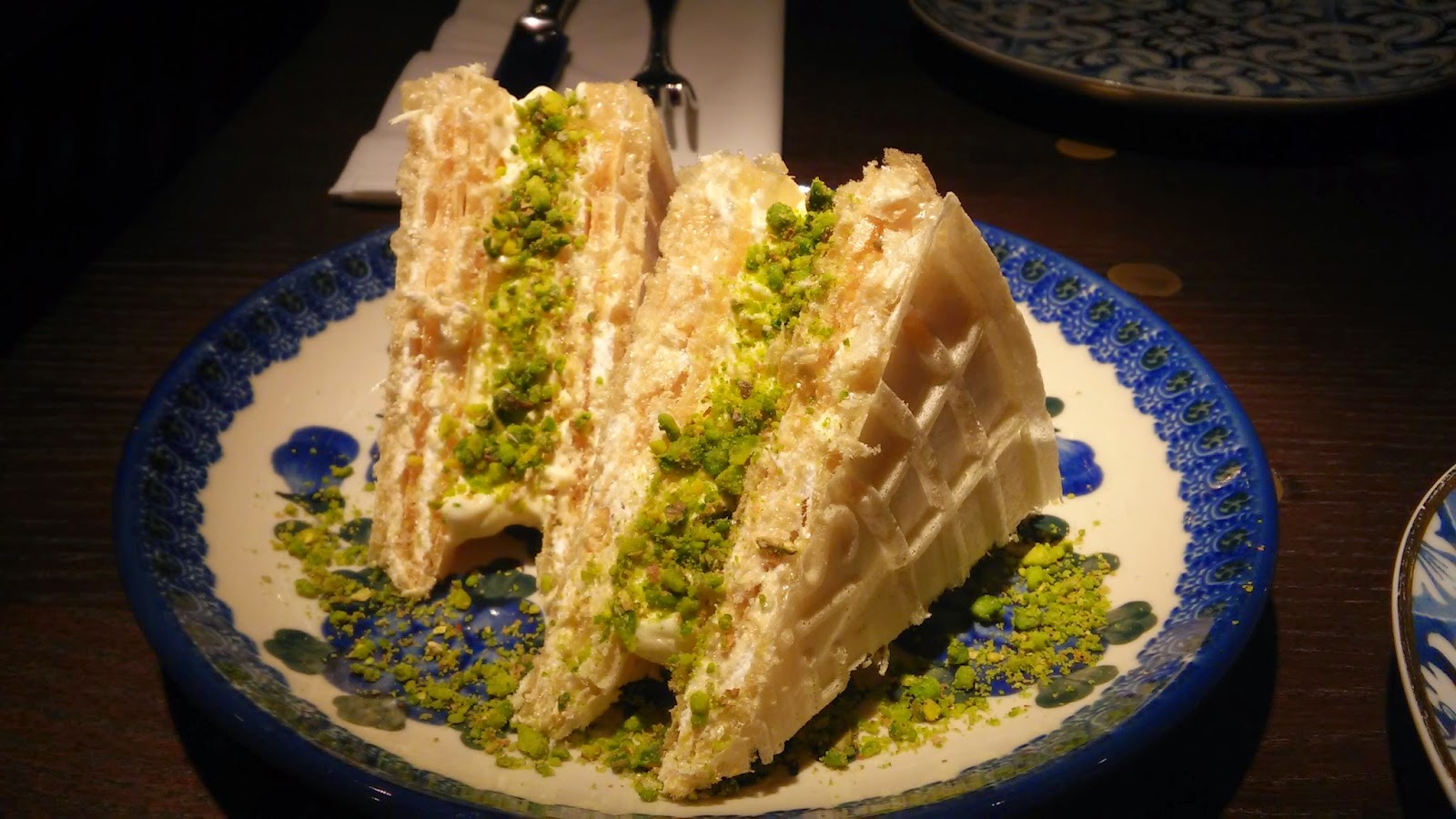 Posted by Ginglesnuff at 1:28 PM