I’ve seen Time Out have fallen in love with a place called Max’s sandwiches for its oversized portions. Well, I reckon Basil’s would give it a run for its money. I heard about this place from the lovely Alex at Zomato – their offices are near there and she’d tweeted about her mammoth sarnie for lunch. I was transfixed and put it on my List. The only problem was that they are a City lunch place – only open Monday to Friday 12 pm until 3. I had to wait for a day off before I could give them a try!

They make sandwiches fresh for you and have all the usual – egg salad, tuna, chicken tikka, as well as a LOT of variation and some of their own creations. Alex’s sandwich was a scotch egg and corned beef behemoth. I found it really hard to choose – I wanted something your average sandwich deli wouldn’t do but also something that filled my non-specific craving. In the end I felt I was taking too much time looking at all the options plastered over the walls and went for the first thing that I’d liked the look of – the Chicken Swiss Melt (although the sausage crunch melt also sounded tempting – it has crisps in it!). This was a ciabatta stuffed with Basil’s own chilli chicken mix, chicken escalope strips (there was a lot of chicken escalope on the menu) swiss cheese, mustard mayo and chilli flakes. 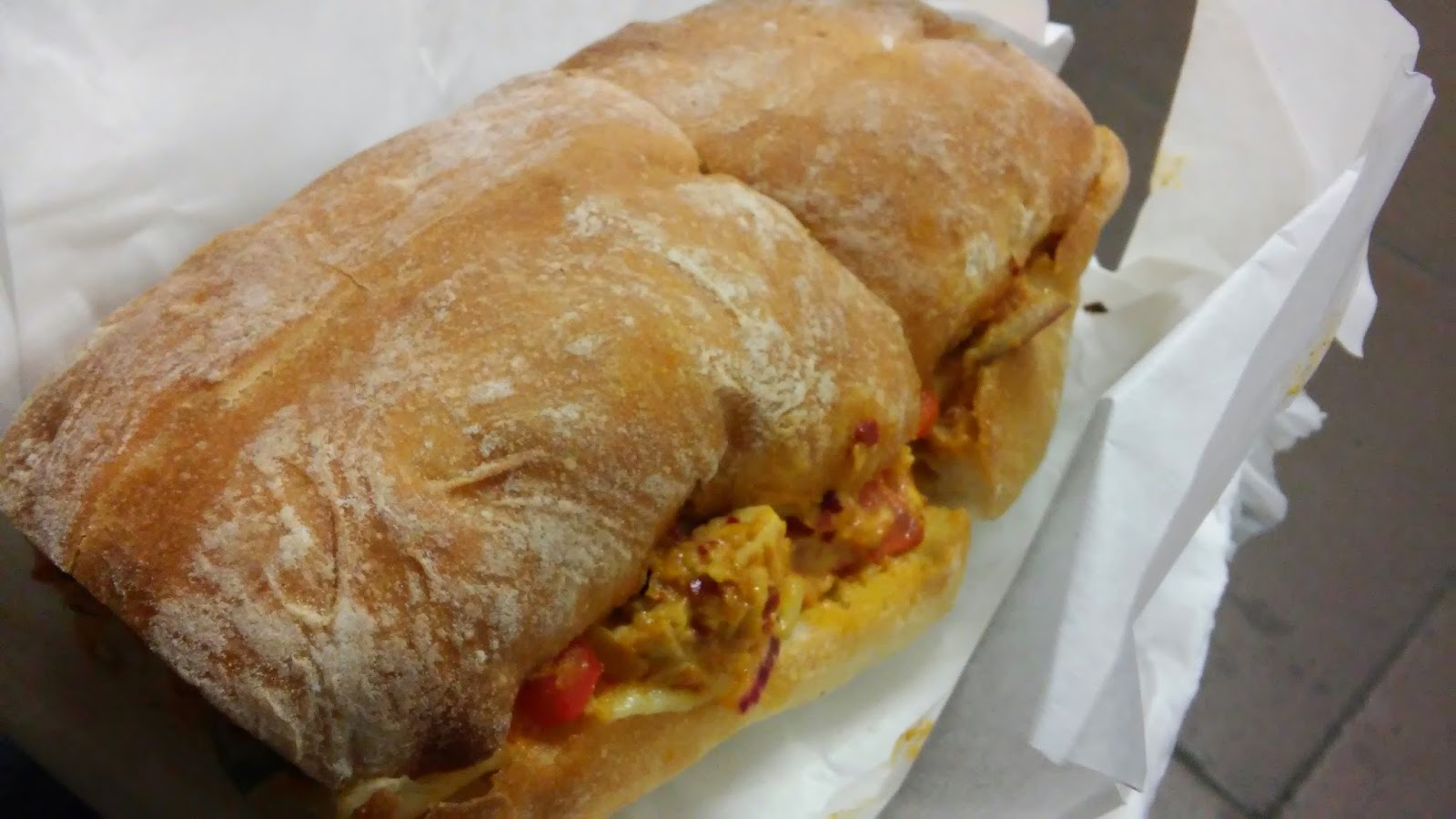 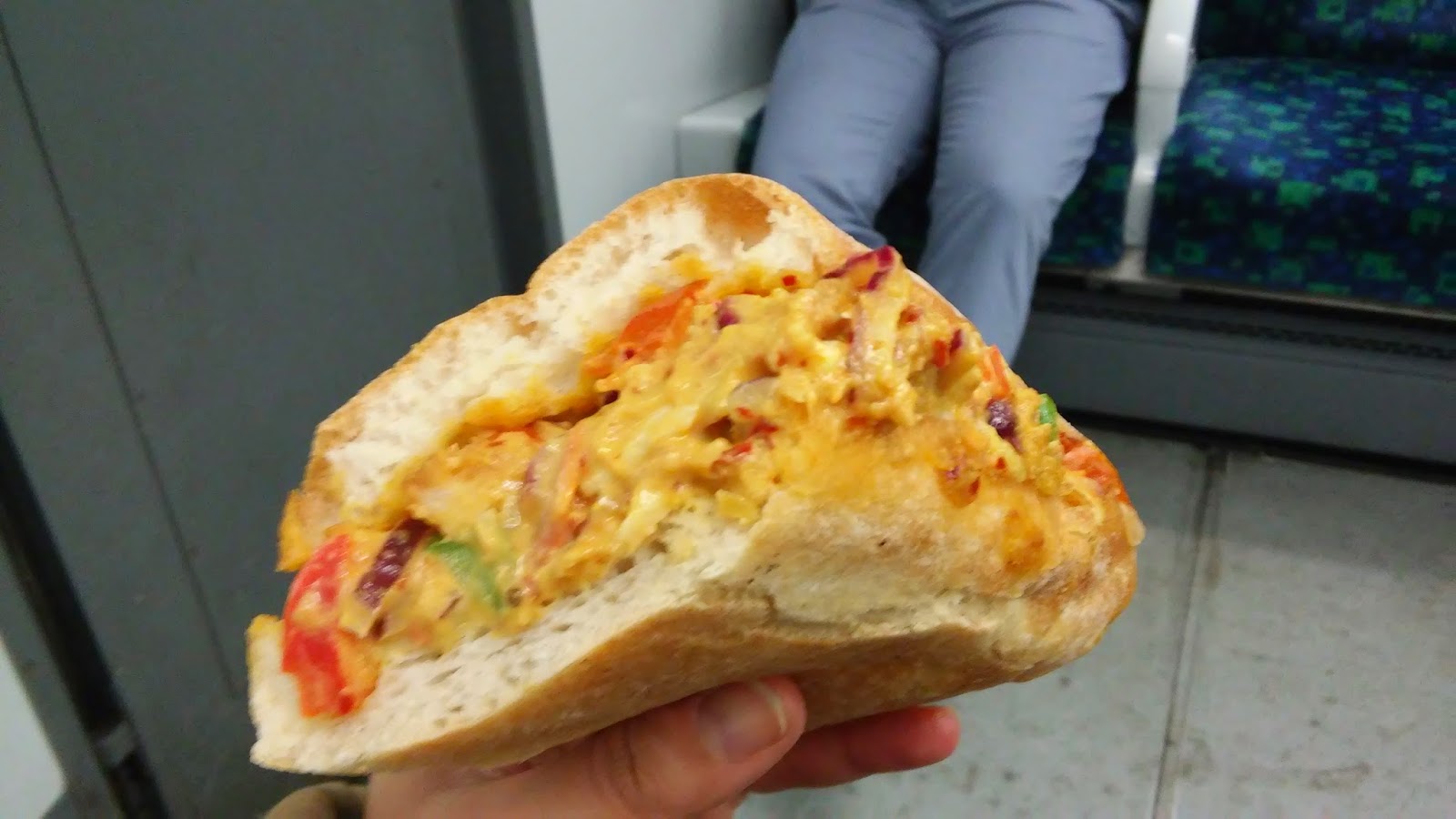 I was a little worried that the ciabatta would make mincemeat of my gums but it was perfectly soft, yet sturdy enough to stand up to the overflowing filling. It was served warm and I didn’t want to let it go cold before I ate it so I started tucking in on the tube back to mine. Mistake. The chilli mix was packed with onions and peppers (crunchy and fresh they provided a great bit of bite and sweetness) and it was very saucy. I made such a mess. A delicious mess though. They did not skimp on the chilli flakes and the mustard mayo gave off a lot of its own heat as well, (yet without making my nose hurt the way mustard and horseradish can). I loved the breaded chicken strips. The only thing I would say didn’t quite work was the swiss cheese – it hadn’t really melted properly and was rather superfluous.

After that brute of a sandwich you would think I would be too full to eat anything else. And I was. But I’d already bought my dessert so I was sure as hell going to eat it. I’m always up for trying the latest craze. I’ve had a cronut, a duffin, a townie (tart/brownie) and the new cronut – the kouign amann (should be kouign amazinn!). Now Foxcroft and Ginger are getting into the mix with their own invention – the cruffin. This is a croissant/muffin hybrid with various fillings and I have to be honest, I can’t see any need for it. Not as buttery and rich as a croissant, not as doughy and sweet as a muffin, it was just a sort of dry, sugary bread that was very unsatisfying to eat. Not even a filling of salted caramelly cream could save it for me. Not worth making a special effort for. 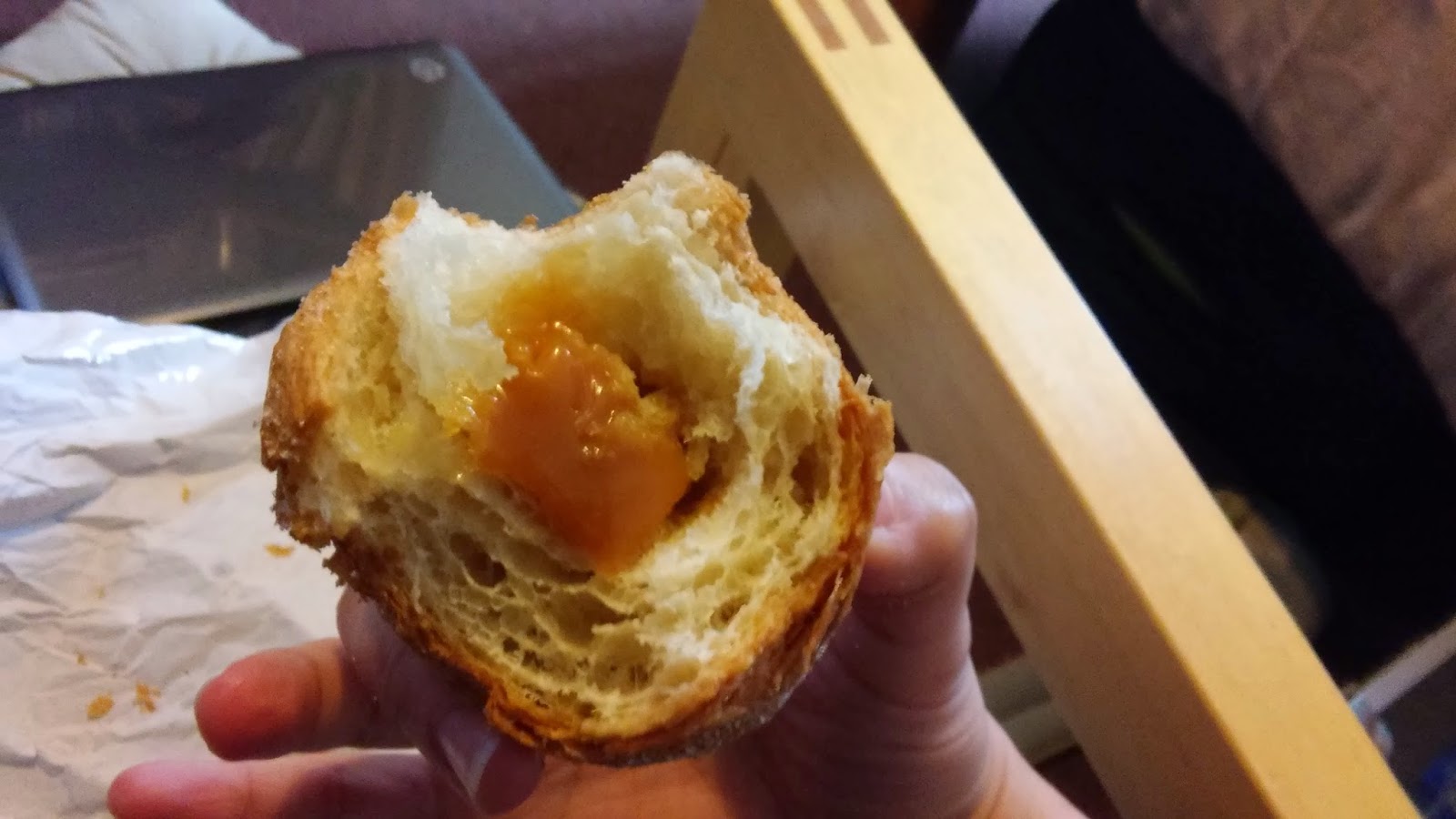