Stories and The Souls, 25th July

Last time I went to the Cat and Mutton I made the mistake of not having any food there. And this time – I kinda did again! Fate had determined that I was to have a work lunch that day and it kept me surprisingly full for so long that by the time we went to the Cat and Mutton for our dinner reservations, I wasn’t hungry. We did manage to fit in a couple of things, but first, we went to Stories.

There seem to be some places that you just instantly like, without even knowing why. Stories was that kind of place. It’s the sister venue of the Book Club and has that same kind of laid back, light and airy feel to it. Long tables in the middle and smaller ones round the edge are all loomed over by huge white lamps. We were there for drinks only but we saw other people’s food and it looked great. It also wasn’t too busy for a Friday night, meaning we could get a table and have a catch up without feeling cramped and without having to shout. We stayed for about an hour and had two cocktails, although the last one had to be gulped down rather quickly. We ordered at the bar but the drinks were brought to our table and I must admit the last one took so long to arrive I began to worry they’d forgotten about us. Drinks were good – Alison had the Naughty which she wanted me to mention was possibly the best tequila cocktail she’s ever had. It was tequila, apple, cucumber, chili and lime. I had the Kiss and Tell – gin, strawberry and balsamic syrup, lemon and cucumber. I thought this was summery and fresh but I would say that the ingredients sounded more interested than they actually taste. However, for my next – a Likely – I was wowed. This was basically a rum and coke but with the addition of Disaronno, giving it an extra dimension. I could happily go back and while away a few hours sipping on these. 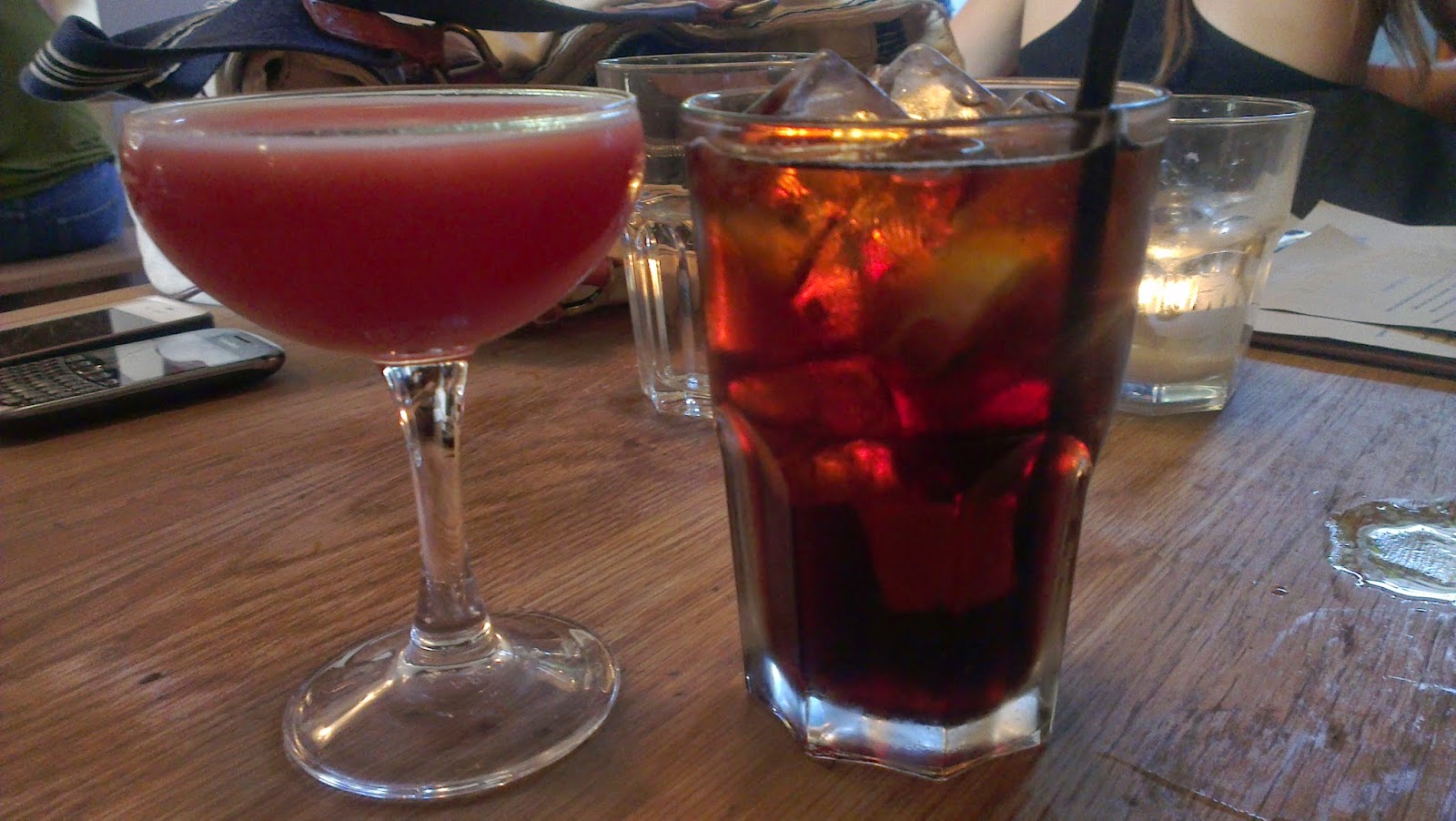 And so, we arrived at the Cat and Mutton and went straight upstairs to Pearl where we joked with the host about our need to make a reservation (it was empty). We got a bottle of wine to share – a nice picpoul, after much debate about trying the one recommended by our host until it turned out they didn’t have it! And then we still weren’t really hungry so we decided to get another bottle of wine. But I really wanted to try some food despite my lack of appetite so we also got some bread with smoked butter and the beetroot hummus with homemade vegetable crisps. As far as ‘nibbles’ go these were some high-end fare. The bread was amazing – chewy, dense. The butter was so thick it was like clotted cream – I never before have scooped bread into butter as if it were a dip. I loved the veggie crisps even if a couple were a tad chewy rather than crispy, and the hummus was lovely and light (though the beetroot seemed to mostly add to the colour rather than the taste). And our waiter was just lovely the whole time. I already liked the downstairs part of the pub but climbing those beautiful wrought-iron stairs is well worth it too for a less pub-like atmosphere. 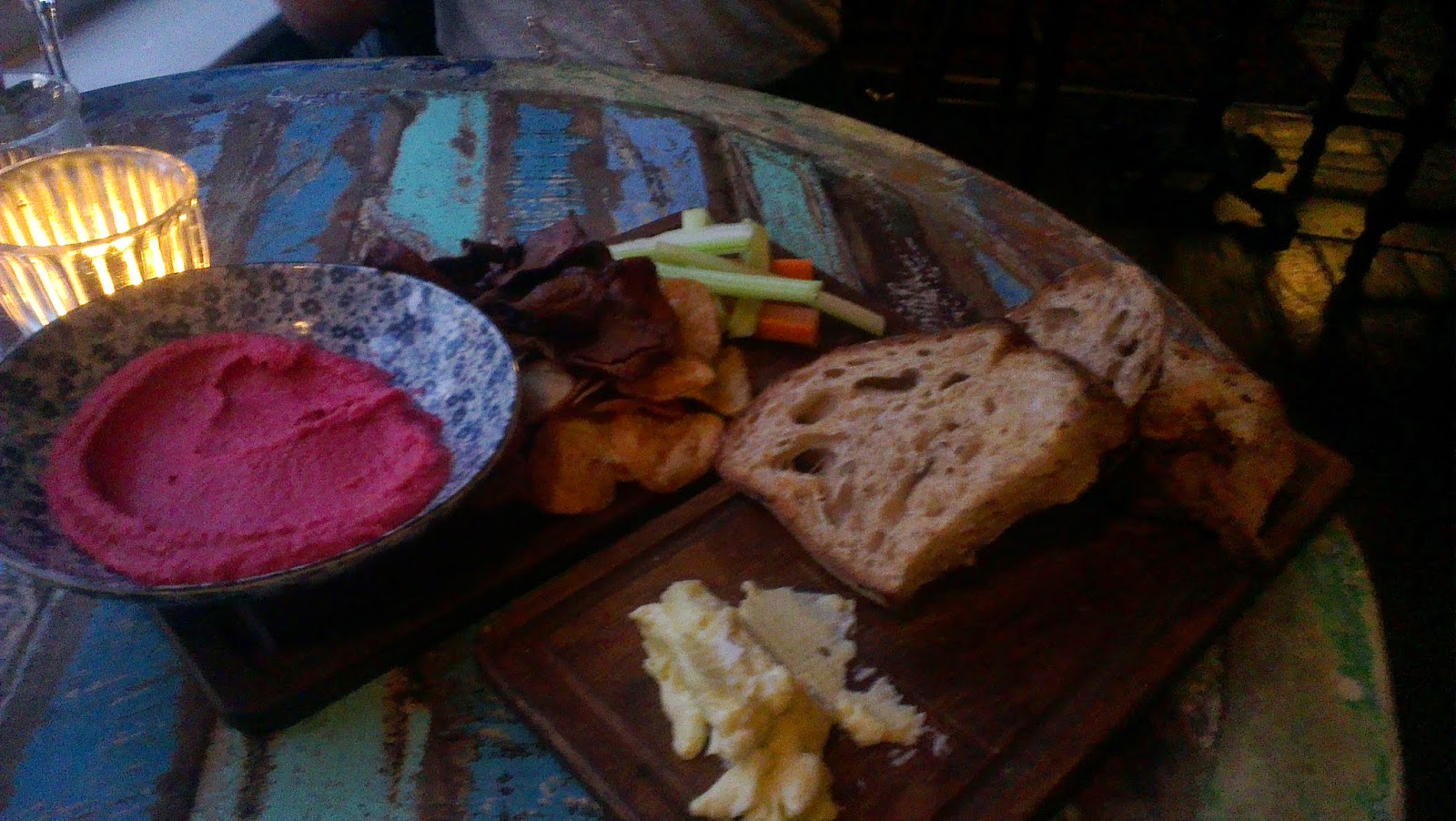 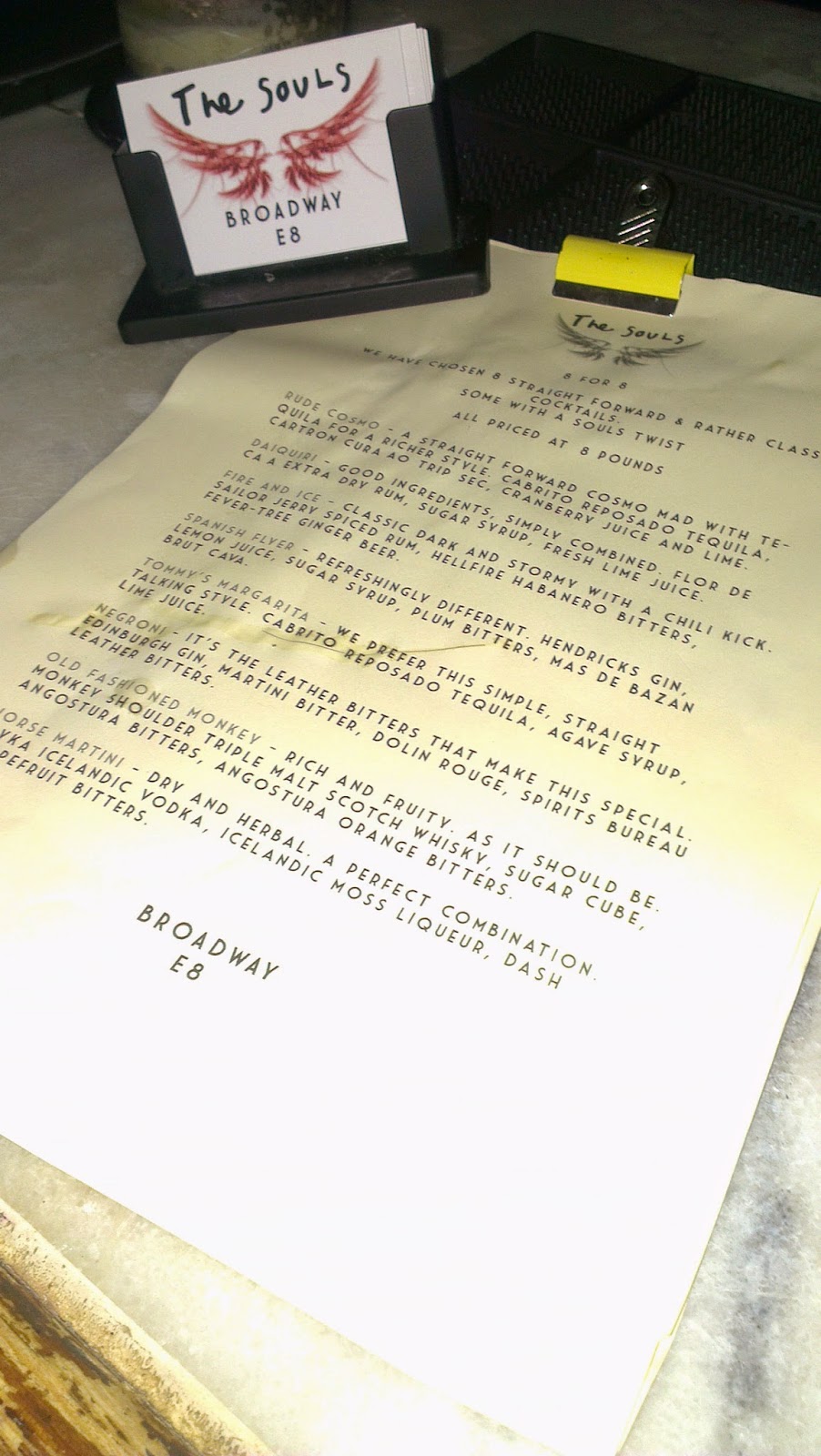 We ended the night on a high by dipping into The Souls (where Portside Parlour used to be). It’s still without any obvious sign it exists and is still incredibly dark down there, but it feels completely different to Portside cos now it’s all about the dancing! I would no longer use terms like ‘drinking den’ and ‘illicit’ instead I would say ‘party’ and ‘disco’! We ended up chatting to the guy who runs the place and his wife who’d been roped into working for the night but seemed to be having a whale of a time. Apparently his friend comes up with the cocktail concoctions while he concentrates on the ‘audio pleasure’ which is meant to be the main focus of the place. We had a taste or two of their frozen margarita which was great but for our nightcap I chose the fiery Fire and Ice - a dark and stormy with added storm (chili bitters). I would have happily stayed until it closed (about 2 am) – it was like stumbling on a private party getting into its stride (complete with resident cat uninterested in anyone) – but I had to get home. I was driving to Dorset the next day for a wedding! But I know I’ll be back. 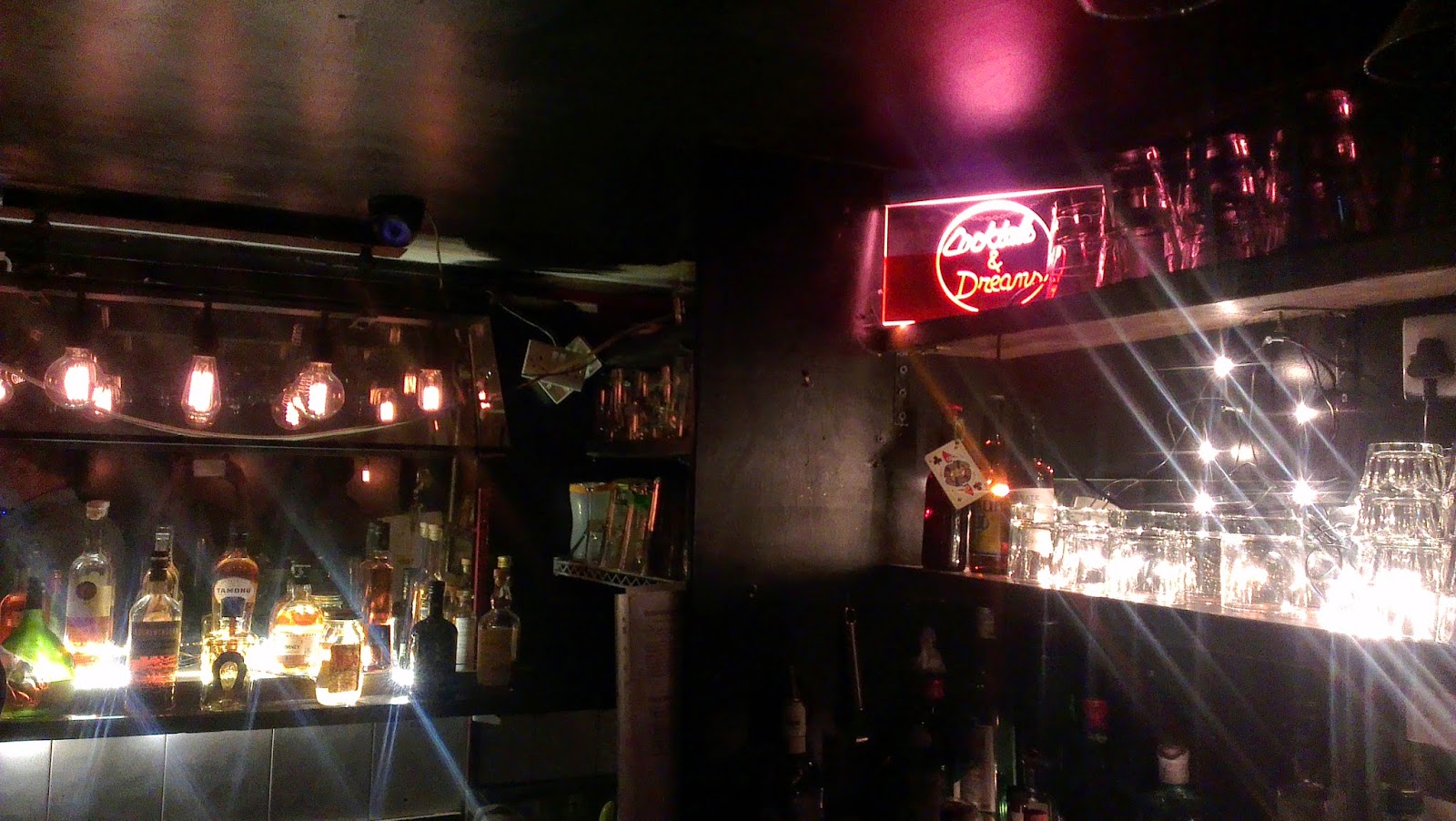