Chez Elles couldn’t be more charmingly French if it tried. It already looks delightful from the outside but inside it gets even better, with a little boutique parlour feel to the place and French touches everywhere, complete with a little stack of books by the stairs which of course includes Asterix. 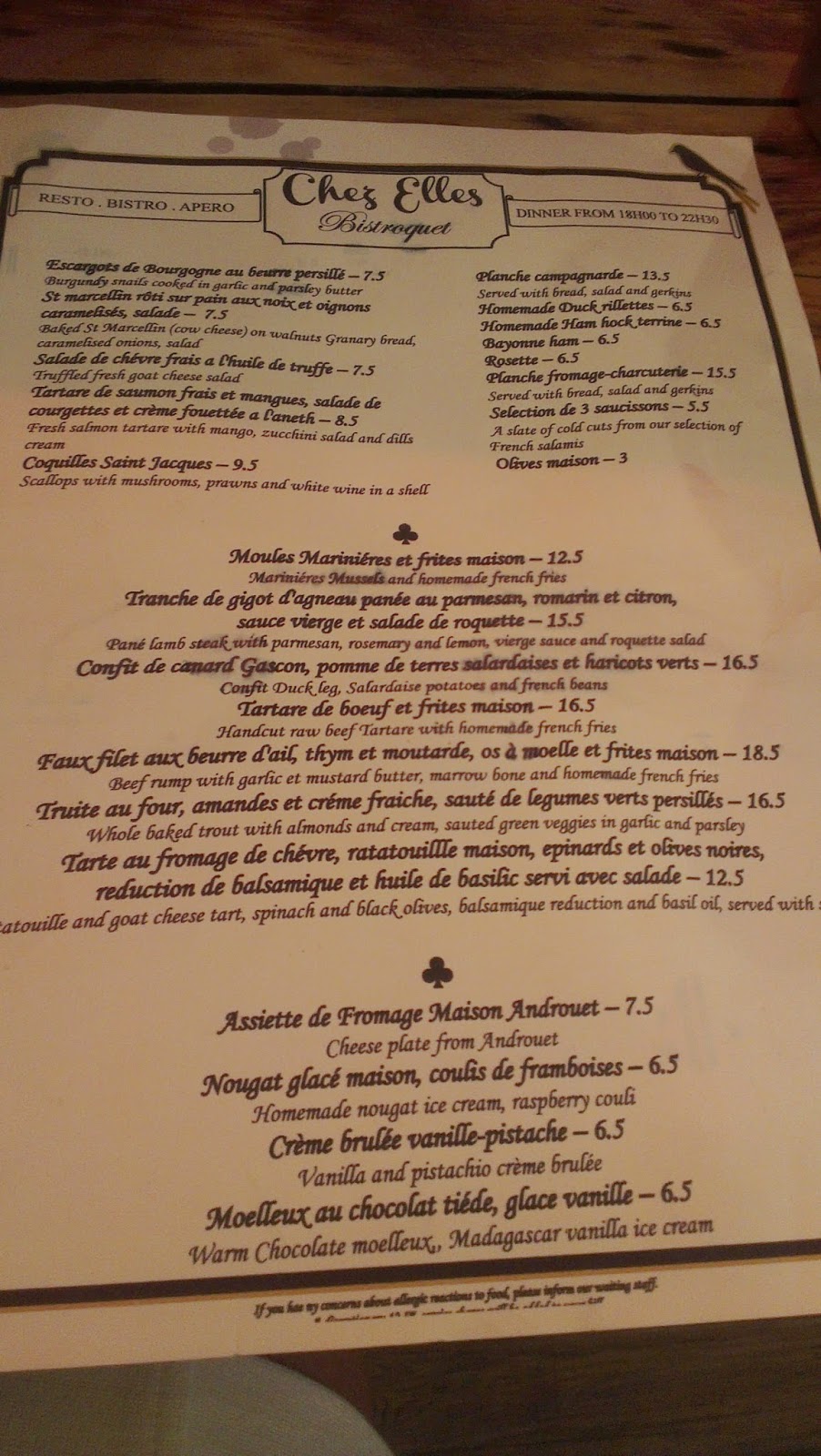 The ‘Elles’ of the place are indeed French and it seemed we weren’t the only ones in the place happy to converse with them in their native tongue (except me, I’m too shy). We kept things light – having just a main and some bread with our picpoul de pinet. The food here is classic French so not as 'exciting' as some restaurants that offer fusion foods or a lot of exotic spices. Appetisers include a lot of charcuterie and cheeses, and the mains have such things as steak tartare, confit duck and moules mariniere. I was very tempted by the duck but I have it so often I thought I’d go a little leftfield and ordered the lamb steak, which came breaded a la escalope and served with parmesan lemon, rosemary and a vierge sauce. Alison had the moules mariniere which came with frites but also some more bread to soak up the creamy, garlicky sauce that the mussels were wading in. 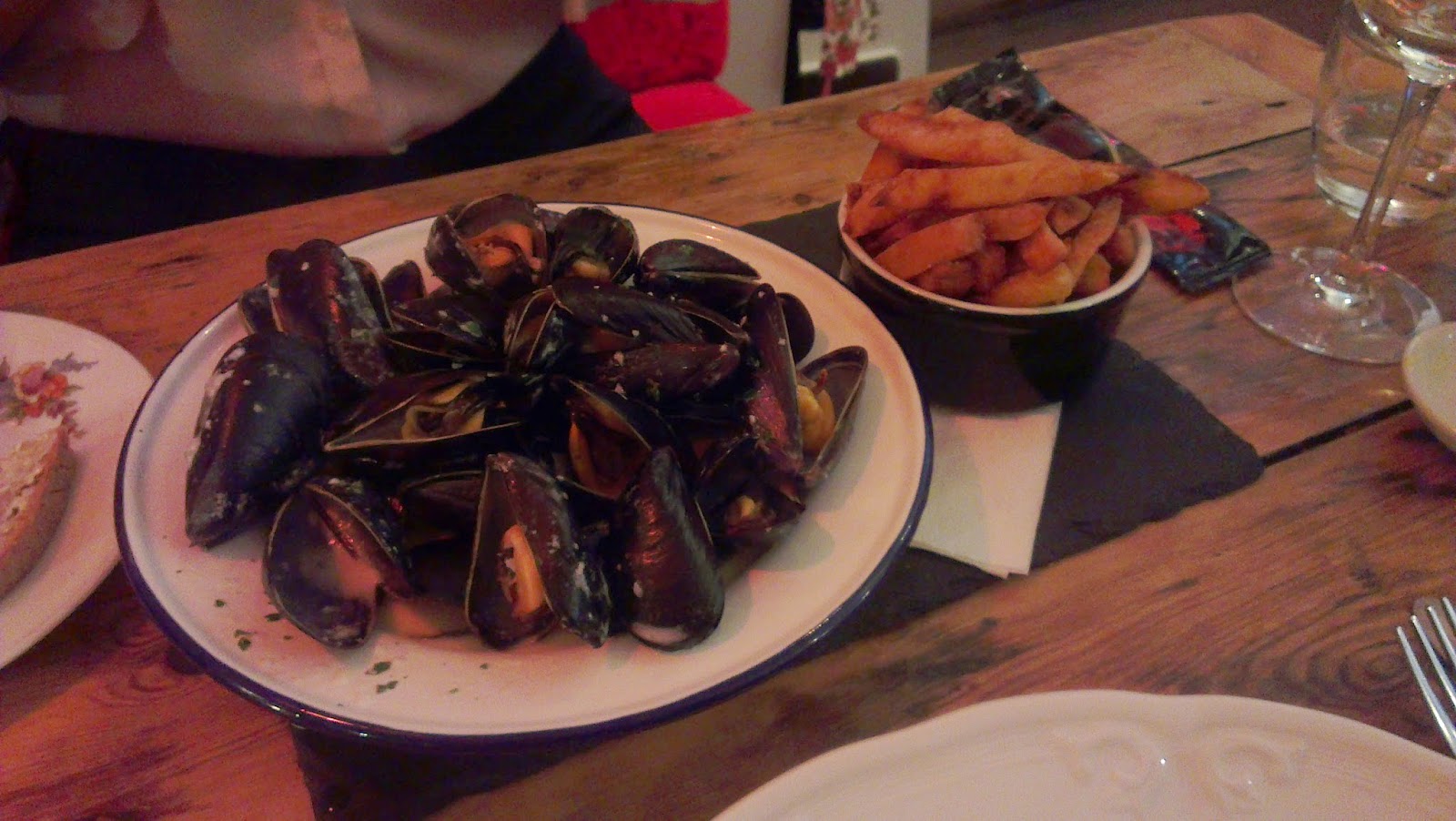 The lamb was cooked very well, tender and pink in the middle and while I enjoyed my meal I can’t say I was too excited by it. But it’s nice just to have a cute little, no frills, no fuss meal and if you’re ever hankering after a bijou French experience then head here without delay. And while we didn’t have dessert, from the front it looks as if they do some lovely patisserie which would be worth dropping by for. 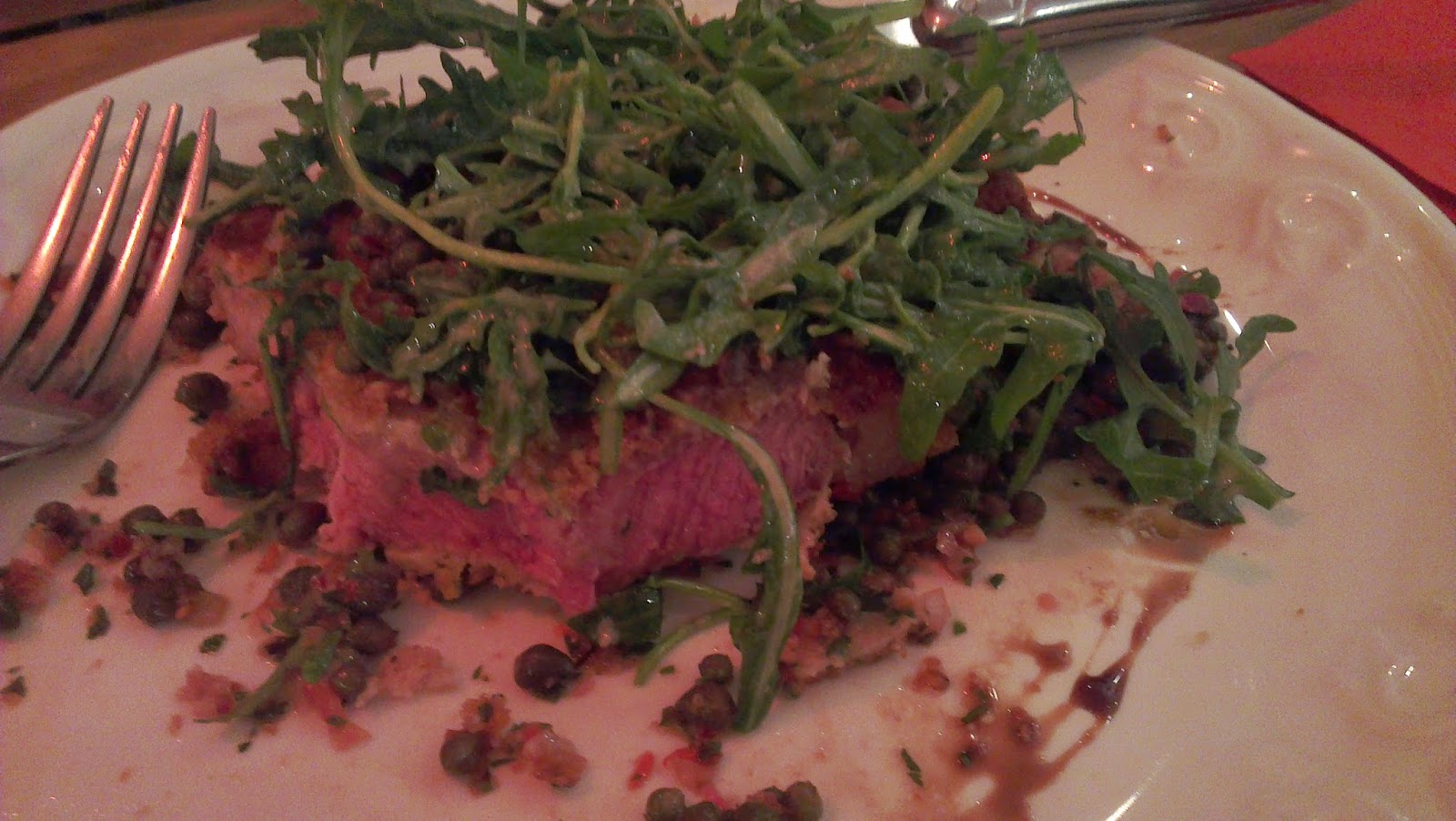 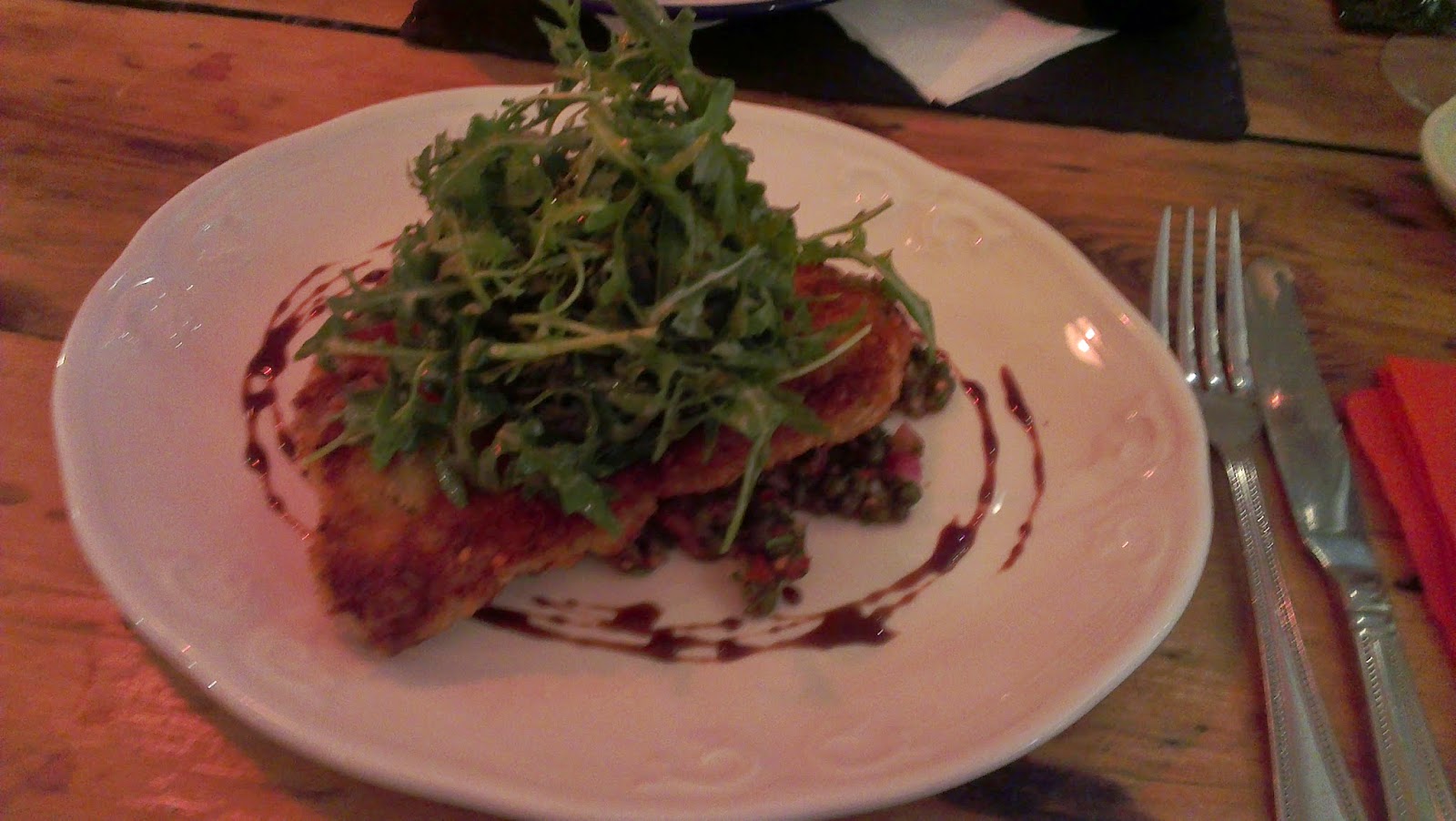 After this we went up Brick Lane and ended up in Monty’s Bar where they have a happy hour until 10 pm! This means 2 cocktails for £12 instead of the £17 they would normally cost. I’ve always thought the place looked kind of cool from the outside, but actually, in comparison to the many other places in this area, I would say it really isn’t, which might explain why there were very few people in there. The music was pretty good though – they were playing a lot of R n B and hip hop. 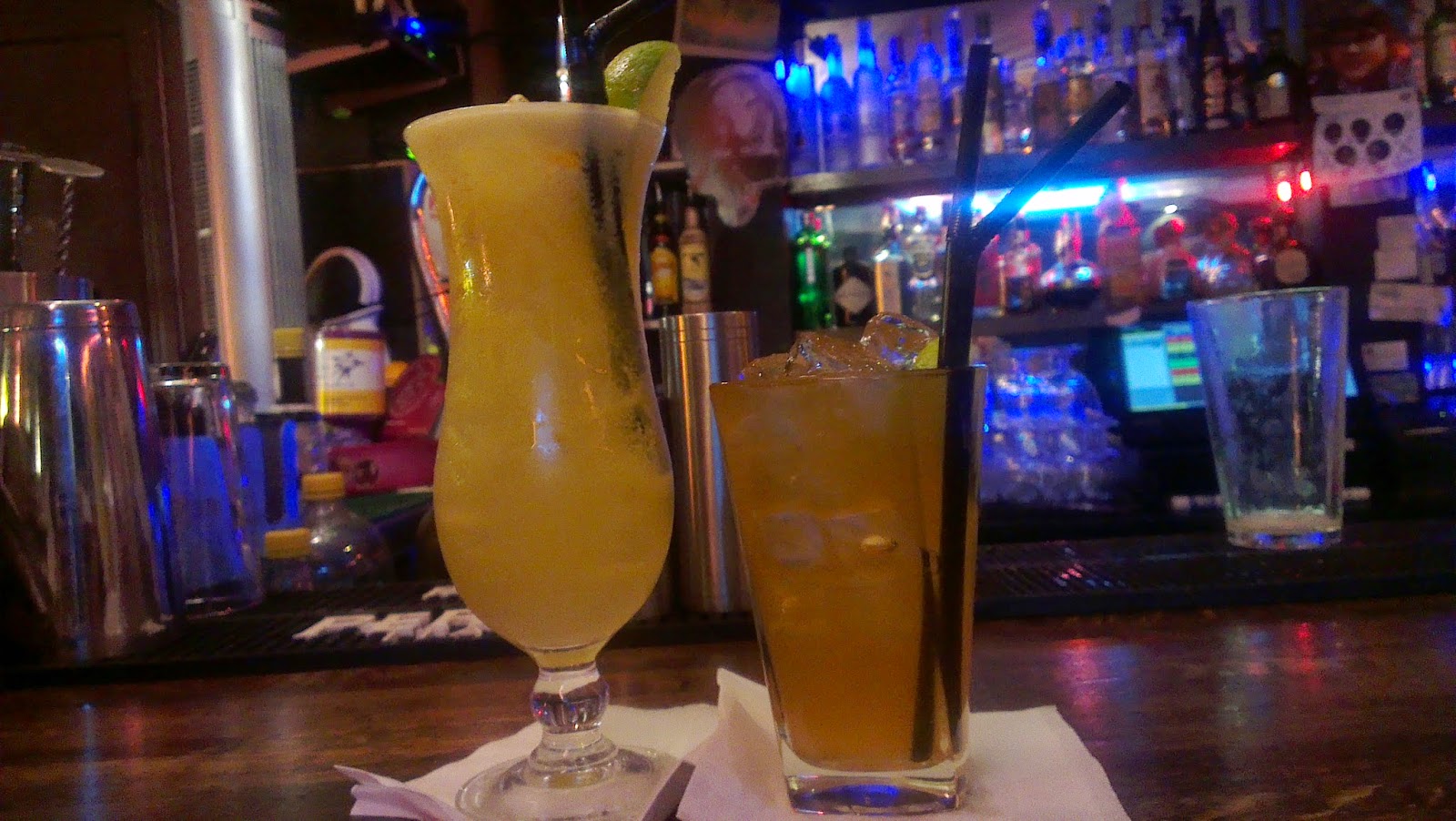 Posted by Ginglesnuff at 2:18 PM