Lazybones and Trapeze Bar, 6th May

Lazybones suffered a bit from the same syndrome as Caboose – my food was nice enough but couldn’t quite reach the giddy heights of some of the other places cooking low and slow meats. I had a pulled pork bun which came with coleslaw mainly because the beef one came with yoghurt, which I thought was a weird accompaniment to guacamole. The meat was juicy, and had a good flavour, the coleslaw added a bit of crunch and it even came with a pickled pepper (which actually was rather bland, I ate it without even remembering it was there). A similar verdict was given to the beef version - tasty but not particularly memorable. If we really wanted food of this kind while you were in the area, on a whim, we'd come back, but we'd be more likely to travel to somewhere else for a superior version. 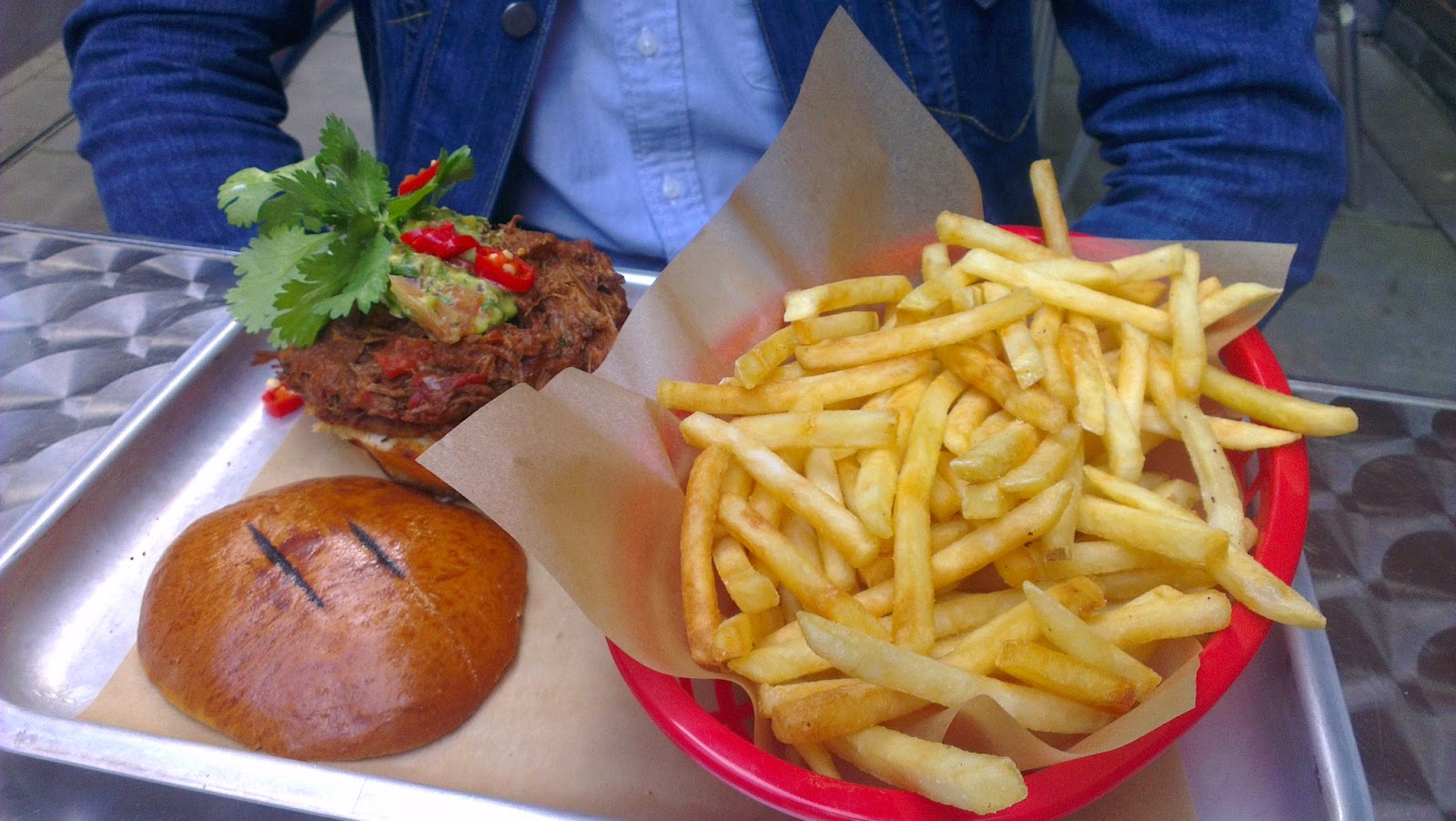 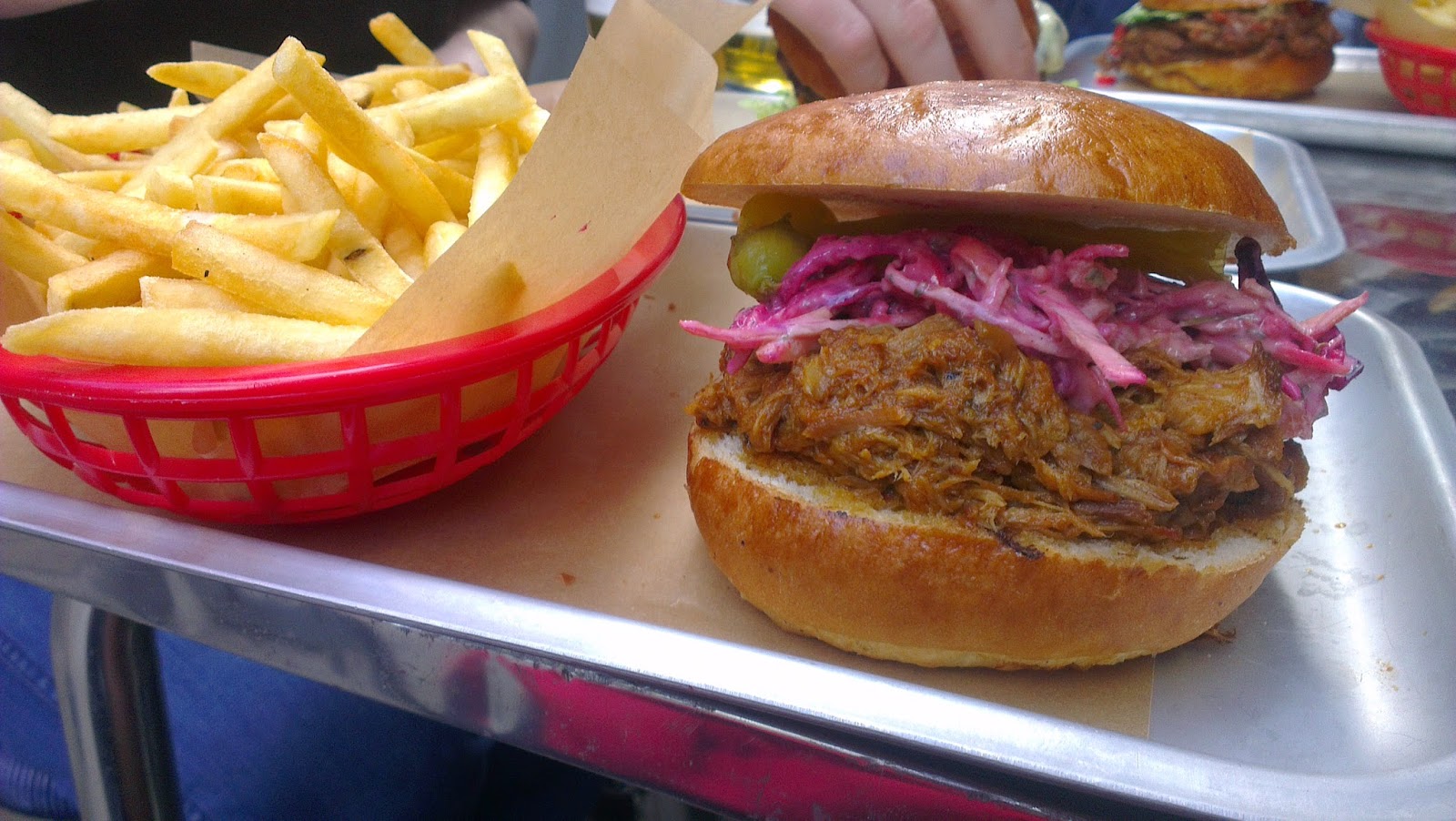 Especially as Stephen had a burger and even as a non-burger eater, I could tell when it was placed that it looked pretty poor. A boring bun encased an overcooked burger. A disappointing eating experience for him. 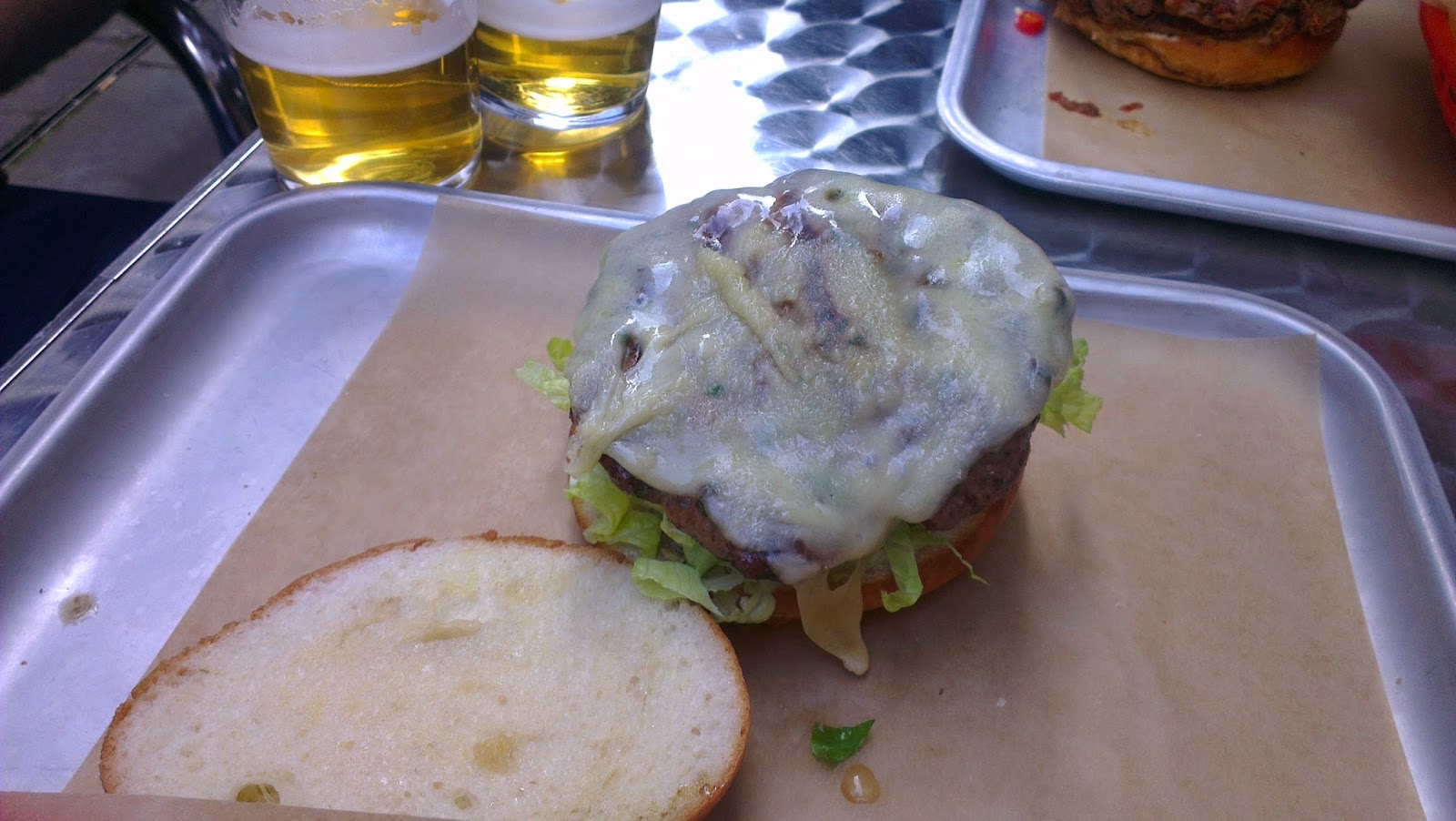 From the outside the place looks like a City wine bar, which is at odds with the food it serves and its interior. While we were there, sitting outside, two girls actually walked in and then left again abruptly when they realized it wasn’t what it looked like.

Inside the place looks lively and I like the yellow and black combination. Unfortunately the atmosphere doesn’t live up to this – when we went there was barely another soul in there. Tucked away behind the main drag, I can’t imagine it gets much passing traffic at all, and, while there isn’t really anything else in this area doing this thing, it’s not quite worth seeking out especially.


The decor is faded circus glamour and it looks great. However, as much as on paper it sounds like the kind of place I would frequent, I can't see myself coming here on a regular basis, which is a shame. Service is a little strange. I went in on a Saturday evening to see it at its peak, and it wasn't full, yet it took me an age to get served. The bar staff seemed pretty blase about making sure people at the bar were actually able to order. 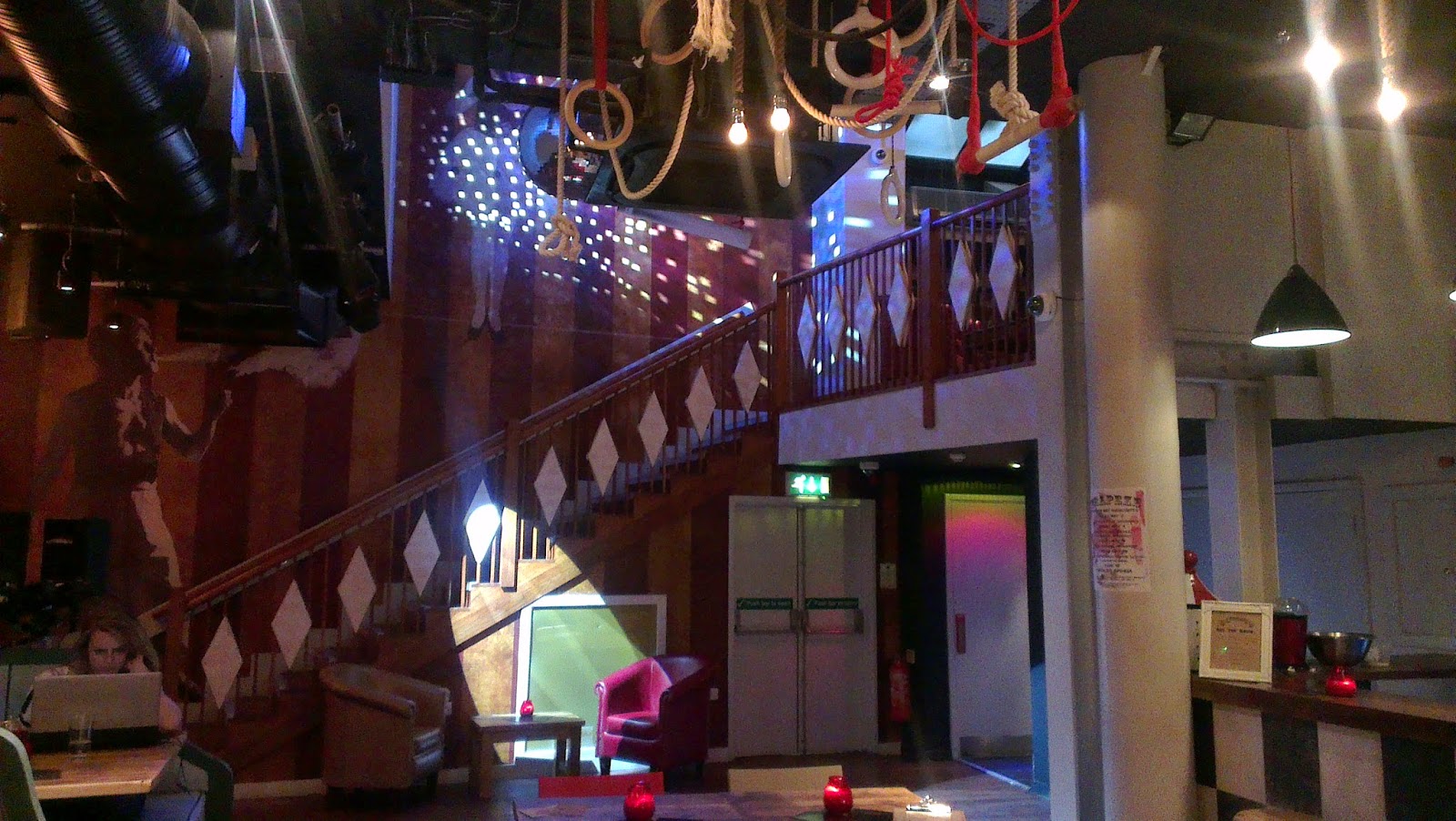 On the Tuesday, service was much better, and friendlier, than on the weekend. But we ordered a bottle of wine and were then left to the whims of the bar staff to keep our glasses topped up. For some reason we weren't allowed to keep the bottle of wine with us at our table, and instead they came round and topped us up when they noticed our glasses were nearing empty. They weren't too bad about it, but I didn't like them controlling the pace at which I drank. I don't know if this is a normal policy, or if it's because we were there for an event (Sounds Familiar, just as fun as the first time I went).

We'd already eaten at Lazybones so I wasn't hungry when complimentary food of a similar ilk was placed before us. We duly gave it a try though and it was nice enough (and uninspiringly on trend - wings and Korean-style pulled pork) but I don't think you'd come here for the food especially, unless you wanted a burger from Burger Bear on a lunchtime. 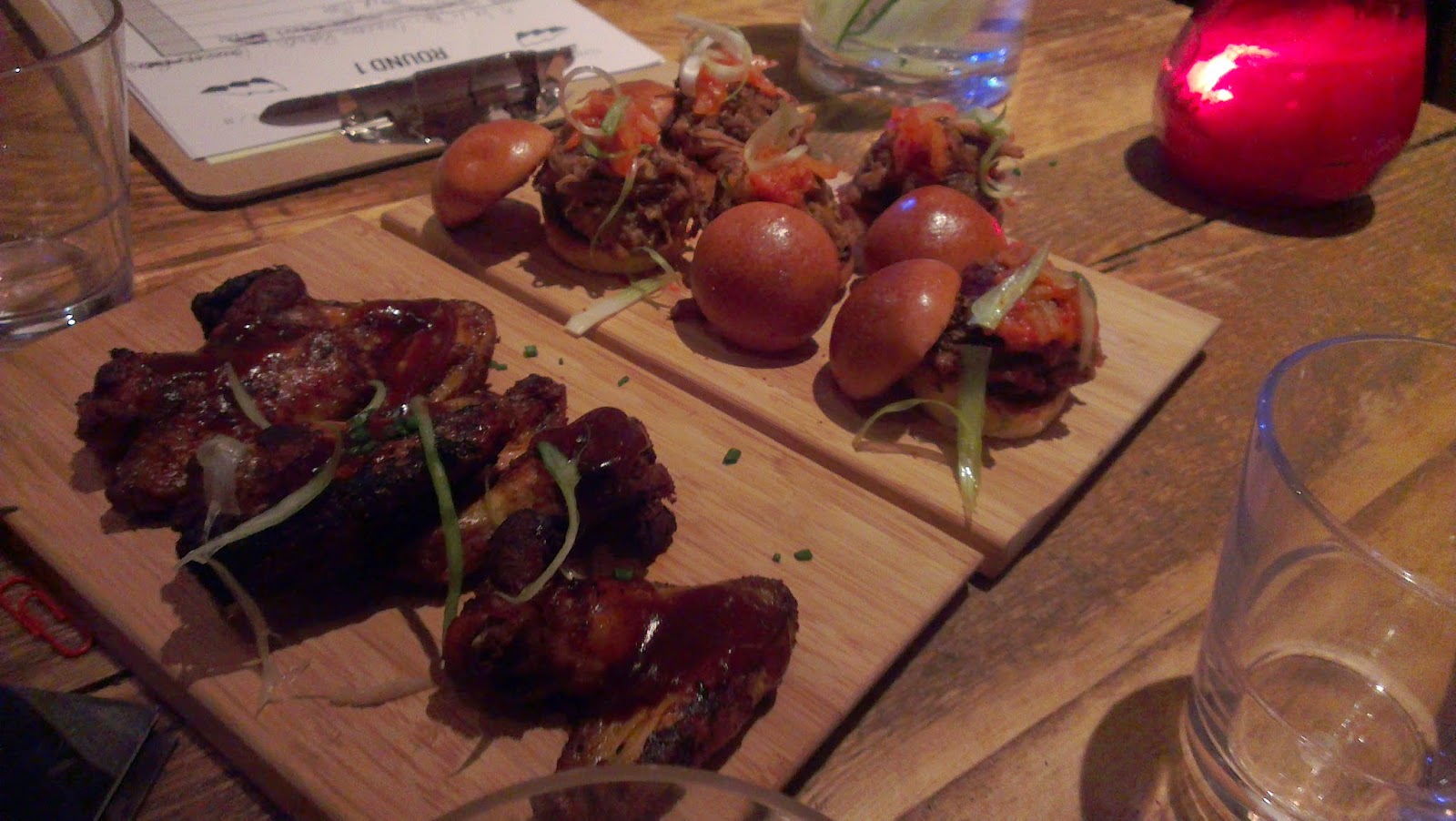 On top of our wine we had a house cocktail and this was really nice actually - vodka and berries, it was light and fruity and the dusting of cinnamon on the top was pretty clever. 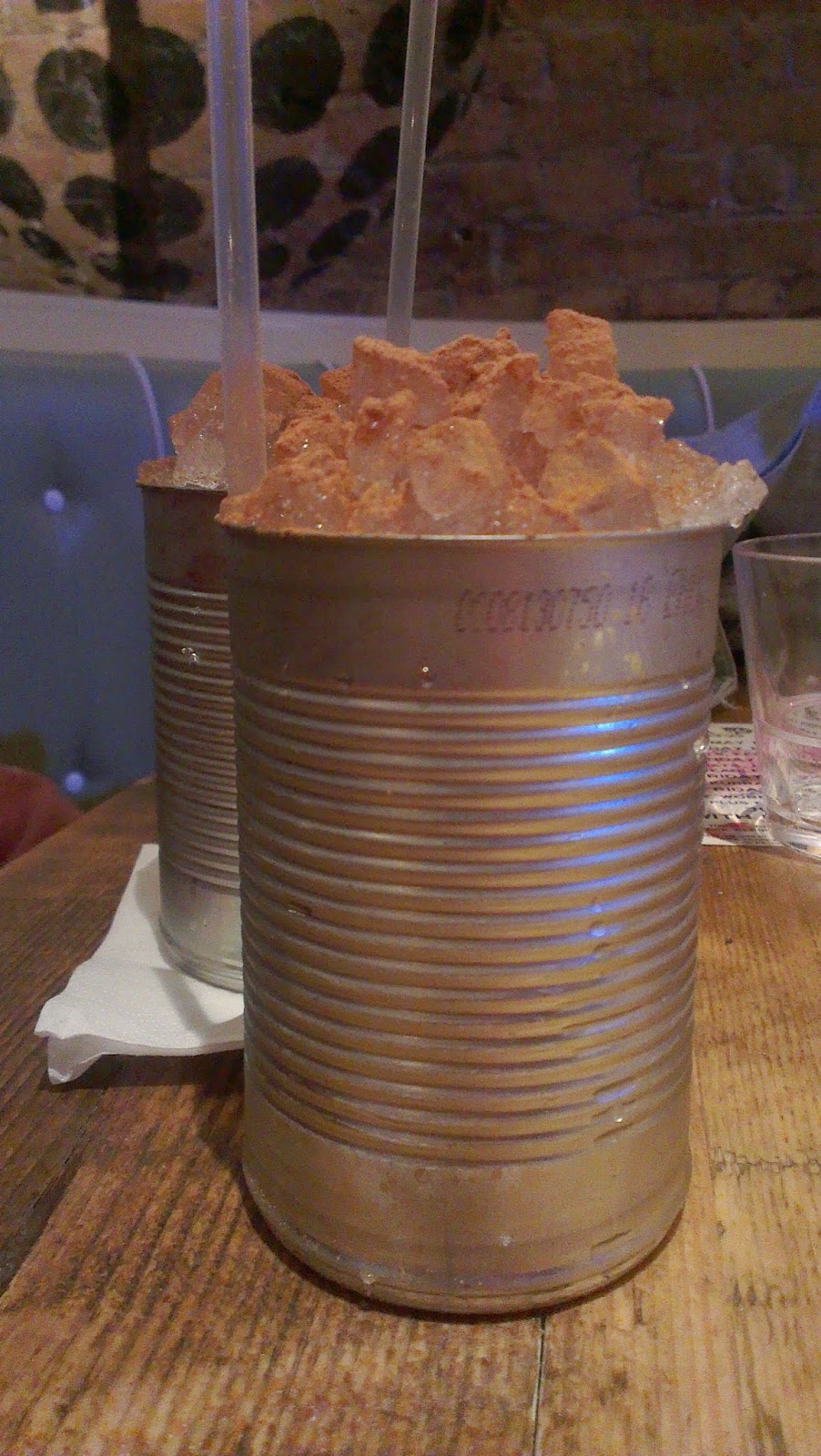 I did like Trapeze, but it's main downfall is that there's just no getting away from how expensive it is! The house white is £5 a glass, but that's for a 175ml serving, it then jumps to £7.50 for the non-house alternative. Beer is sold in cans for the same price as pints in most places: £4.50 to £4.90. 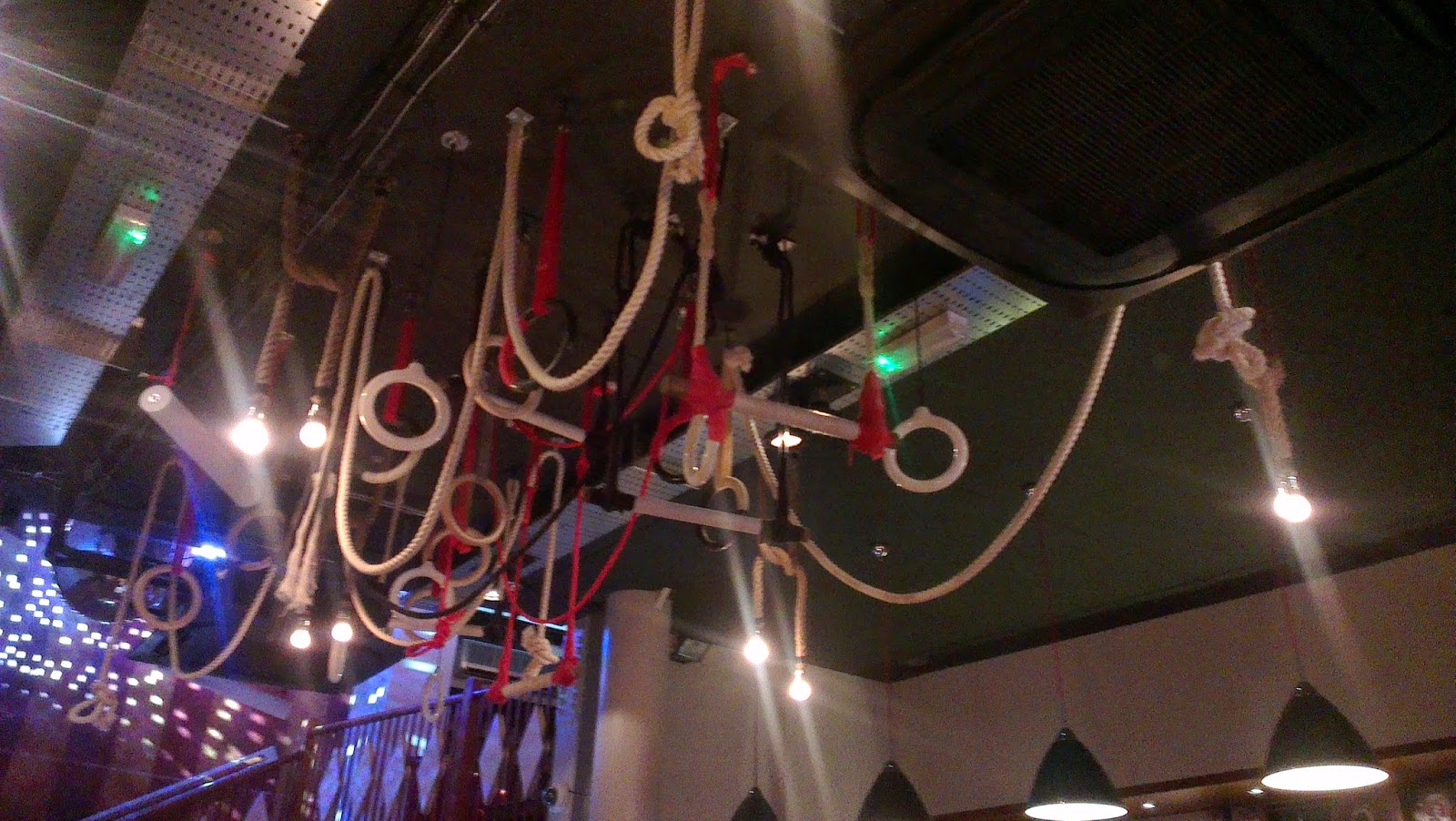 Posted by Ginglesnuff at 6:20 PM