I knew Lounge Bohemia had been around for a good while and mused that I wouldn’t be as impressed with it as I might had been, had I not frequented so many ‘speakeasy’ style bars already. For this is what I assumed Lounge Bohemia would be – it has an unmarked entrance, you have to make a booking by phone etc, all very underground drinking den. But I was quite wrong. Underground it is, but not in the prohibition-style. Instead, you wander down into some kind of retro time warp. Funky and bright and full of Ikea-like furniture and paper lamps; tables and chairs were in the main area and little inset caverns along one edge. Water was provided in kitsch plastic jugs that you might take camping. They play light jazz in the background to complete the ‘lounge’ atmosphere. It made quite a change from everything else you can find in the area. It was also pretty busy – every table was occupied, which is no mean feat for a cold #DryJanuary. We had a little table in one of the cavern corners where we suffered a little for not being in anyone’s eyeline. We were forgotten about for ages before we could order, it took ages before anyone came to ask if we wanted another drink, and we finally had to go and chase down our bill when we wanted to leave as they’d clearly forgotten about it. 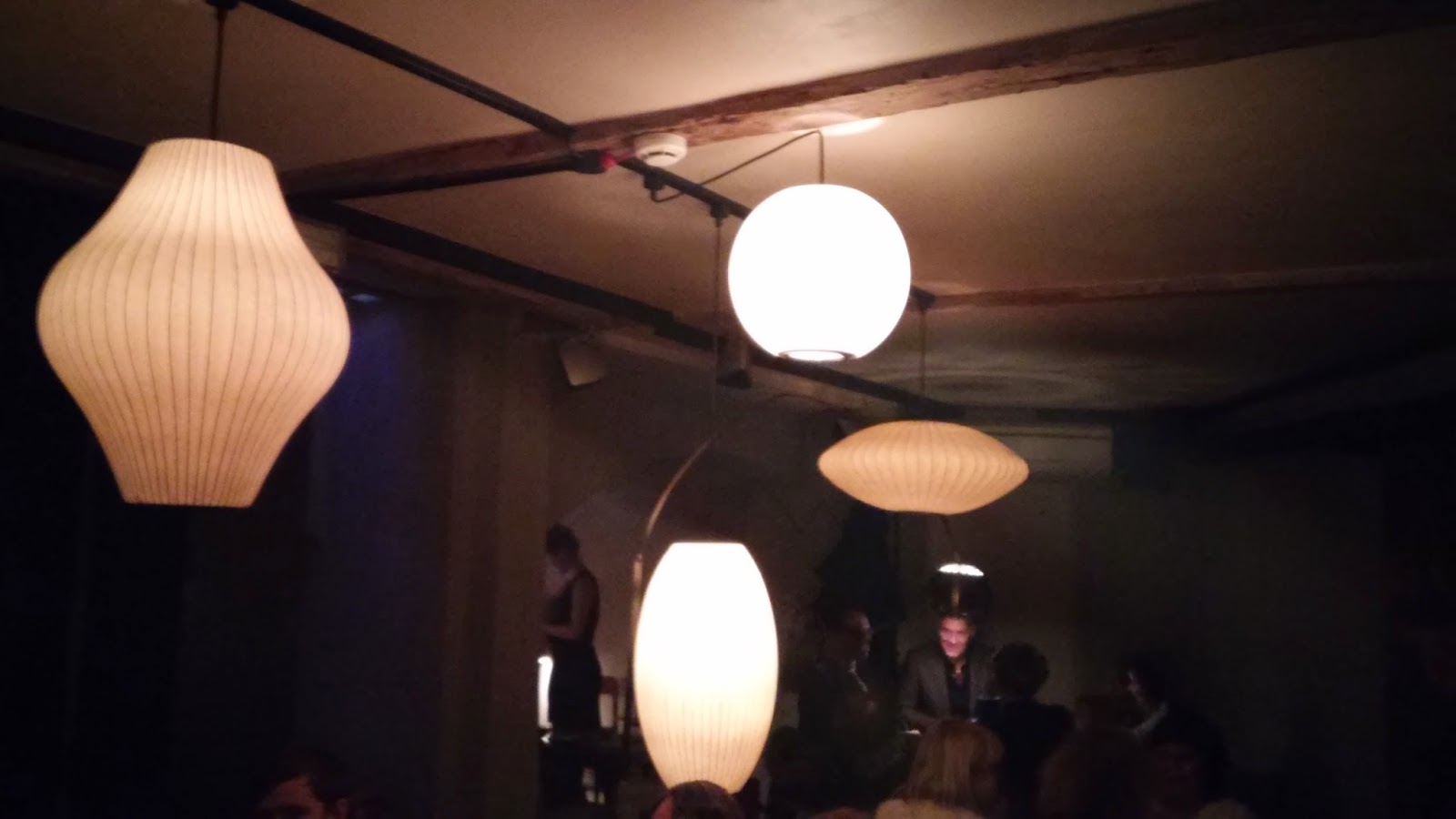 Despite all this, I did like the place. It truly had its own style compared to other illicit bars (although they did do the whole 'hidden' menu in a book thing) and the drinks were good. They do a few well-known cocktails with their own twists, plus their own house cocktails which are only £8.50. We stuck to this menu as there was plenty on there to keep us amused. But if you really want to push the boat out and get some drinks to impress then their menu of £14.50 cocktails is where it’s at. These ones come with bubbles and smoke, things like chocolate caviar and electricity and various different items of scenery and wizardry, reminding me of the show you get from your drinks at the Whistling Shop or Purl. The group next to us certainly delighted in them. 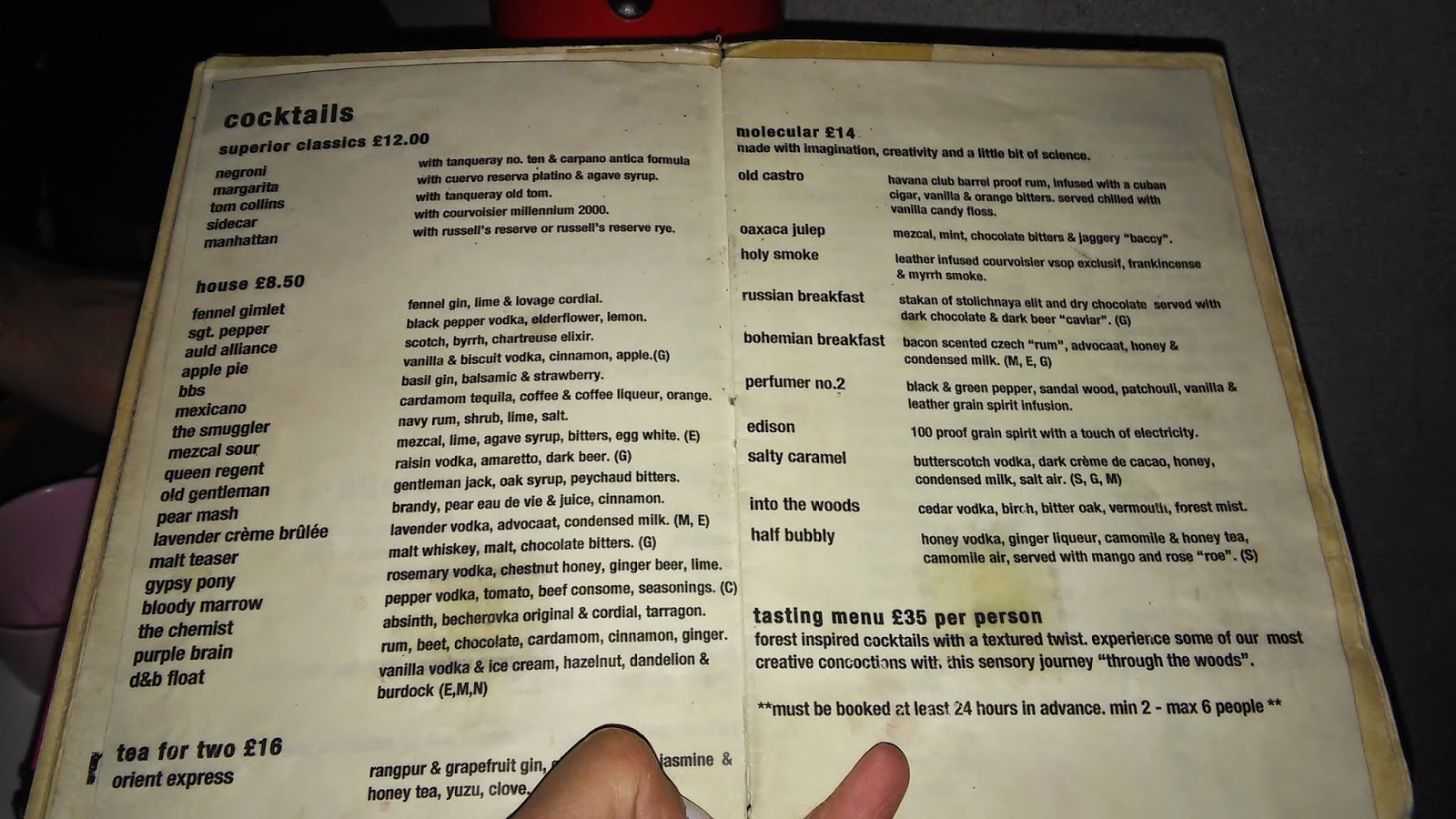 But our drinks without all the bells and whistles were great. Flavoured vodka was a main ingredient to most of these. I chose a Sgt Pepper which was black pepper vodka with elderflower and lime, served in a pepper-encrusted glass if you wanted an extra kick. I did. This was so good that Stephen ordered it for his second drink. It turns out this is one of Lounge Bohemia’s most popular and I can see why. 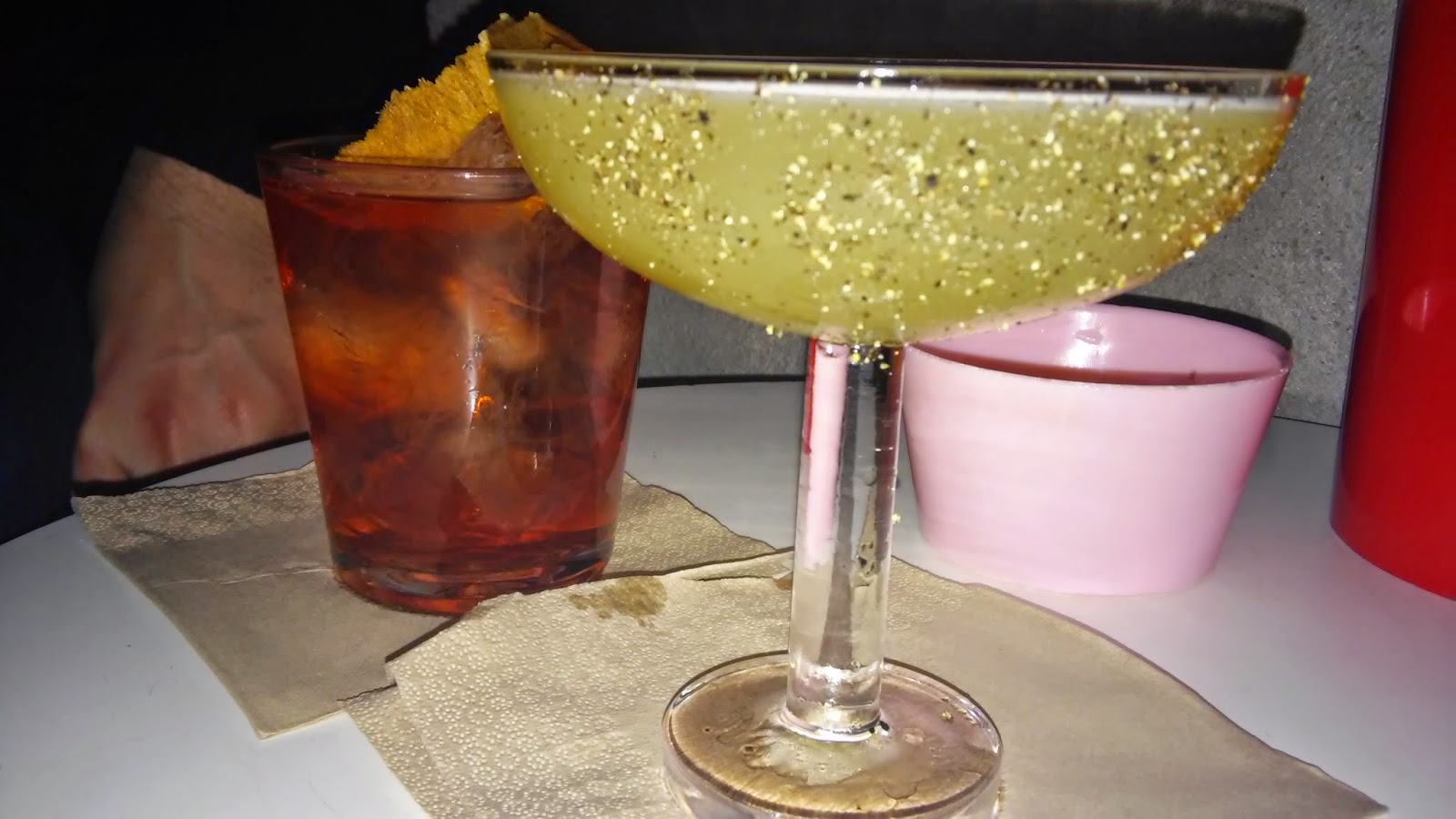 To start, Stephen had an Old Gentleman which was basically an old fashioned but with oak syrup and was as good as that sounds. My last drink was an apple pie with vanilla and biscuit vodka, cinnamon and apple, and it didn’t reach the giddy heights of the Sgt Pepper though it was plenty tasty. I once had a similar drink at the long since-departed Dusk in Farringdon though I seem to recall that one was better. 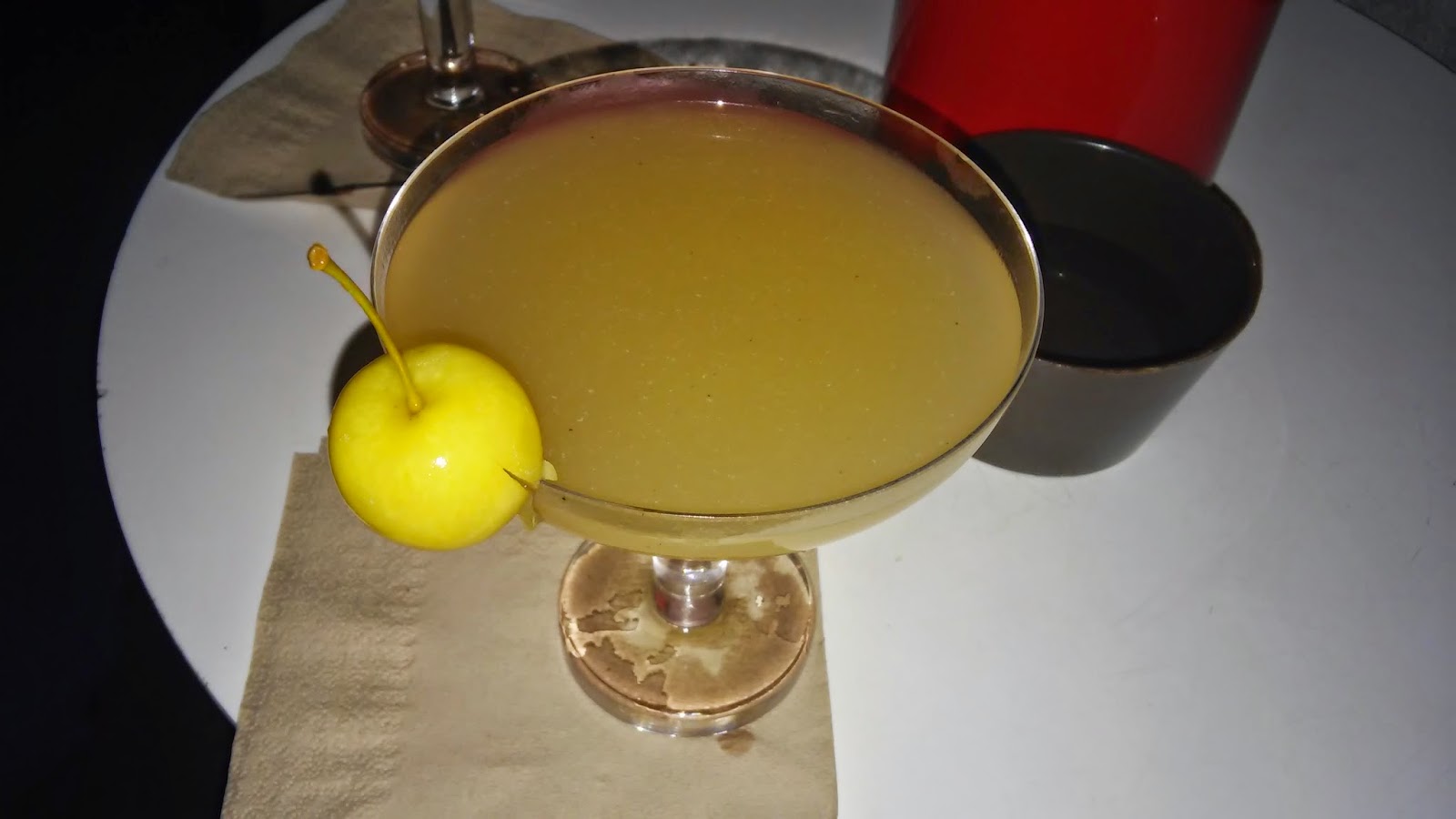 Another downside to this place was that it was really cold. I didn’t want to keep my coat on so I had my scarf wrapped around me to try to drape myself in warmth. It didn’t really work.


For all that though, I would go back – it’s the ideal place to take visitors in order to show them London’s quirky, colourful side.

Posted by Ginglesnuff at 1:01 PM