If you are a lover of words then you’re spoilt for choice in London. There is a litany of spoken word, poetry, literary and storytelling nights out there (and many of them have been blogged about by me). A fairly new arrival to the scene is Listen Softly London, run by Dominic Stevenson, in a room at the top of the Crown in Southwark. Dom works in the charity sector but still felt like he wasn’t doing enough good in the world and so decided to put on a spoken word event to raise some money for a good cause. When it was a success and someone asked him when the next one would be, it became a regular occurrence.

Dom curates four people who deal in the currency of words, as well as performing some of his own works. These are not the same people at each event and so subjective taste as well as their own objective talent will determine how much you enjoy it, but to go by the event I attended this is another gem in the literary crown of London. 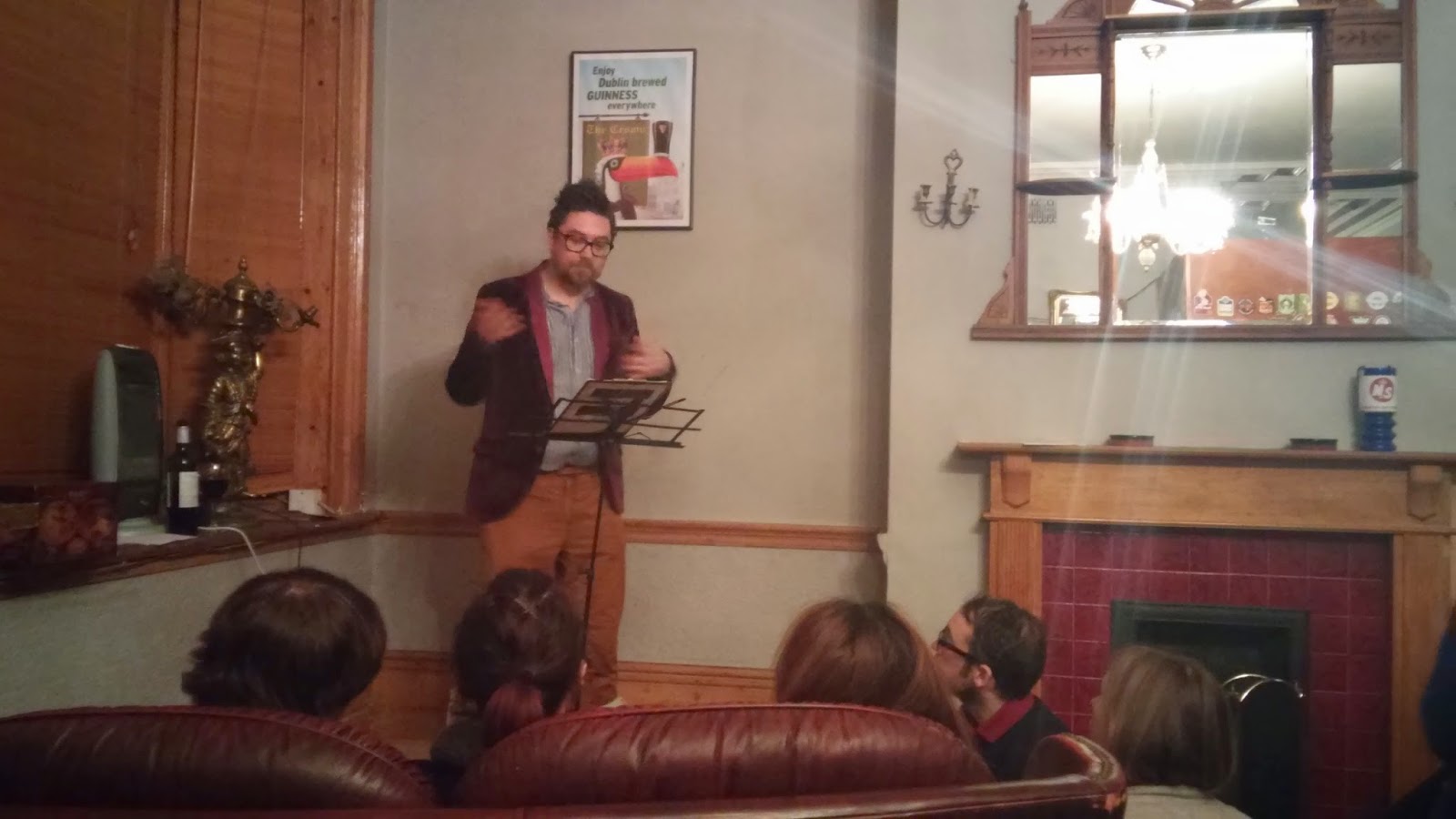 First up we had Dan Carpenter reading an excerpt from a story in the collection After the Fall. I am convinced I have seen Dan read elsewhere but cannot figure out where. Anyway, this story concerned a world where technology was no more, a world where technology was viewed with suspicion and fear, by those who could even remember it. We didn’t find out why, and nor did we hear the entire story so we were left with our own unsettling imaginings as to what had gone wrong. Quite clever. 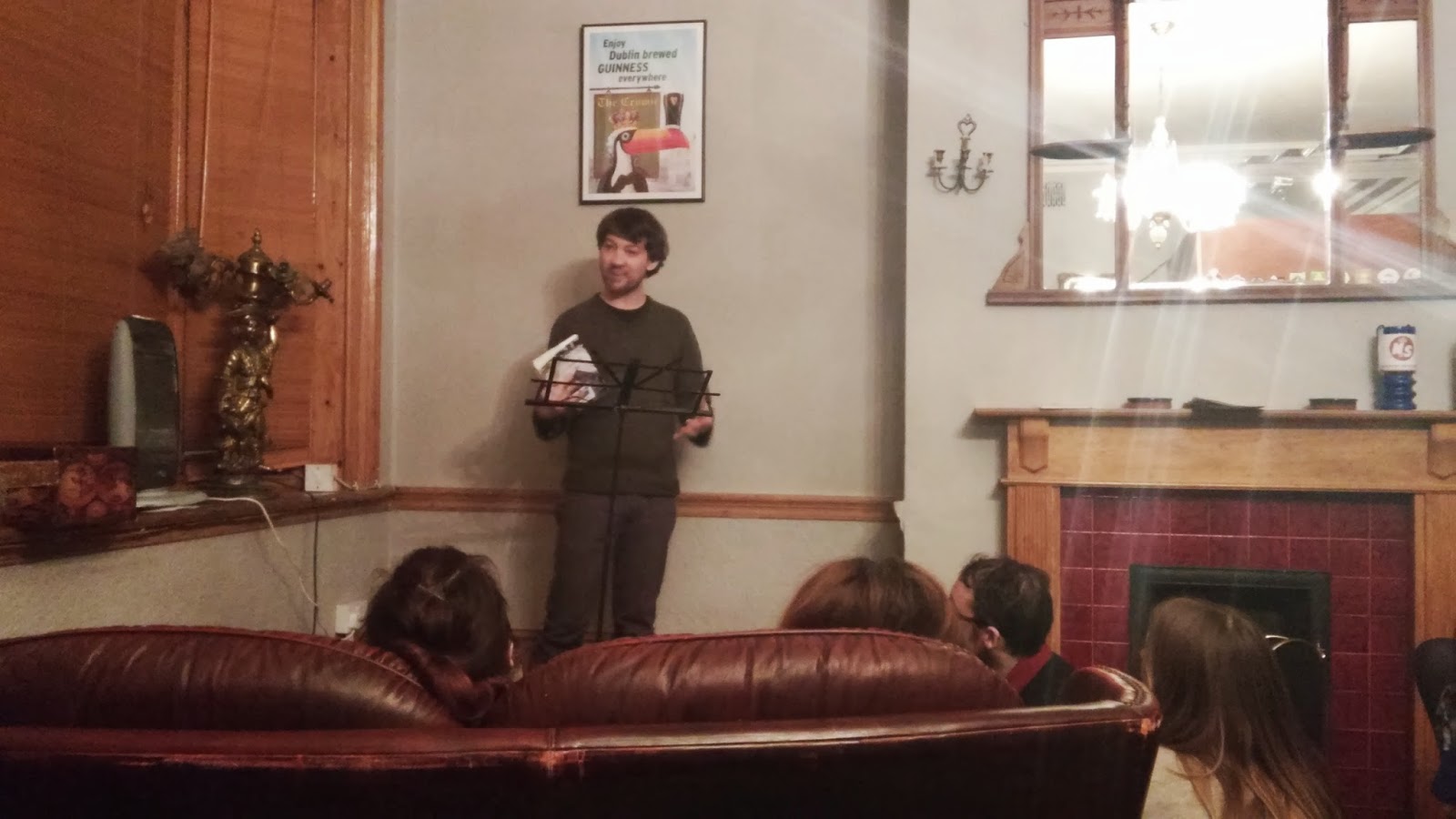 After a short break, Sarah Sheldon treated us to some of her ‘comedic storytelling’. In short, she is a standup comic but she has her own very unique delivery and stage persona. I know I won’t do it justice by describing it here but she had a sort of Charlie Brown resignation about her, in relation to the struggle that is ordinary life, as she told us about her favourite childhood stories of Topsy and Tim, envying both their companionship and their lives where nothing whatsoever interesting happened. She shared with us her fear of change, and how this has lead to an almost debilitating obsession with whether or not her boss was going to leave for a new job. And finally, we were introduced to her Jewish grandmother’s fixation on chairs. It was really funny, and I was really pleased to see a female comic given some floor time. 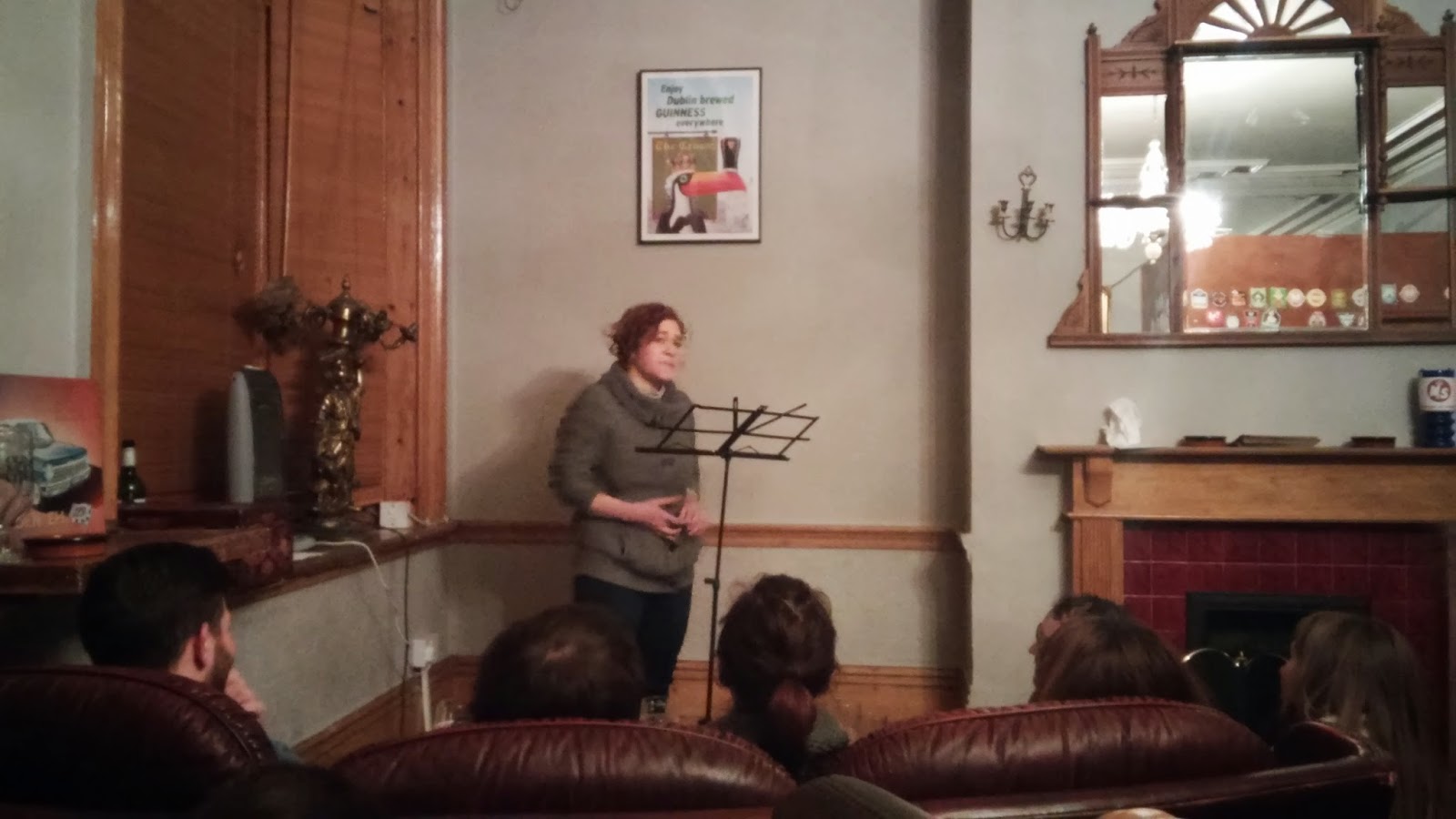 The last two acts were your ‘typical’ spoken word complete with the pattern and cadence familiar to anyone who has seen much of this. But that doesn’t mean they were old hat. Megan was, perhaps a little predictably, quite feminist (it just abounds in these circles) and started off with a bit of a rant inspired by Jay Z’s 99 Problems (she had 99 problems and the male construct anti-women society was one etc). Not all her pieces were quite so political though – she had a good old rant about couples snogging on the tube and also covered her sincere desire to be Maria from The Sound of Music when she was a little girl, and her feelings about leaving her student life behind. Before, finally, finishing on another feminist note inspired by Mary Beard. Her work was clever and witty with vocabulary any word lover would appreciate. 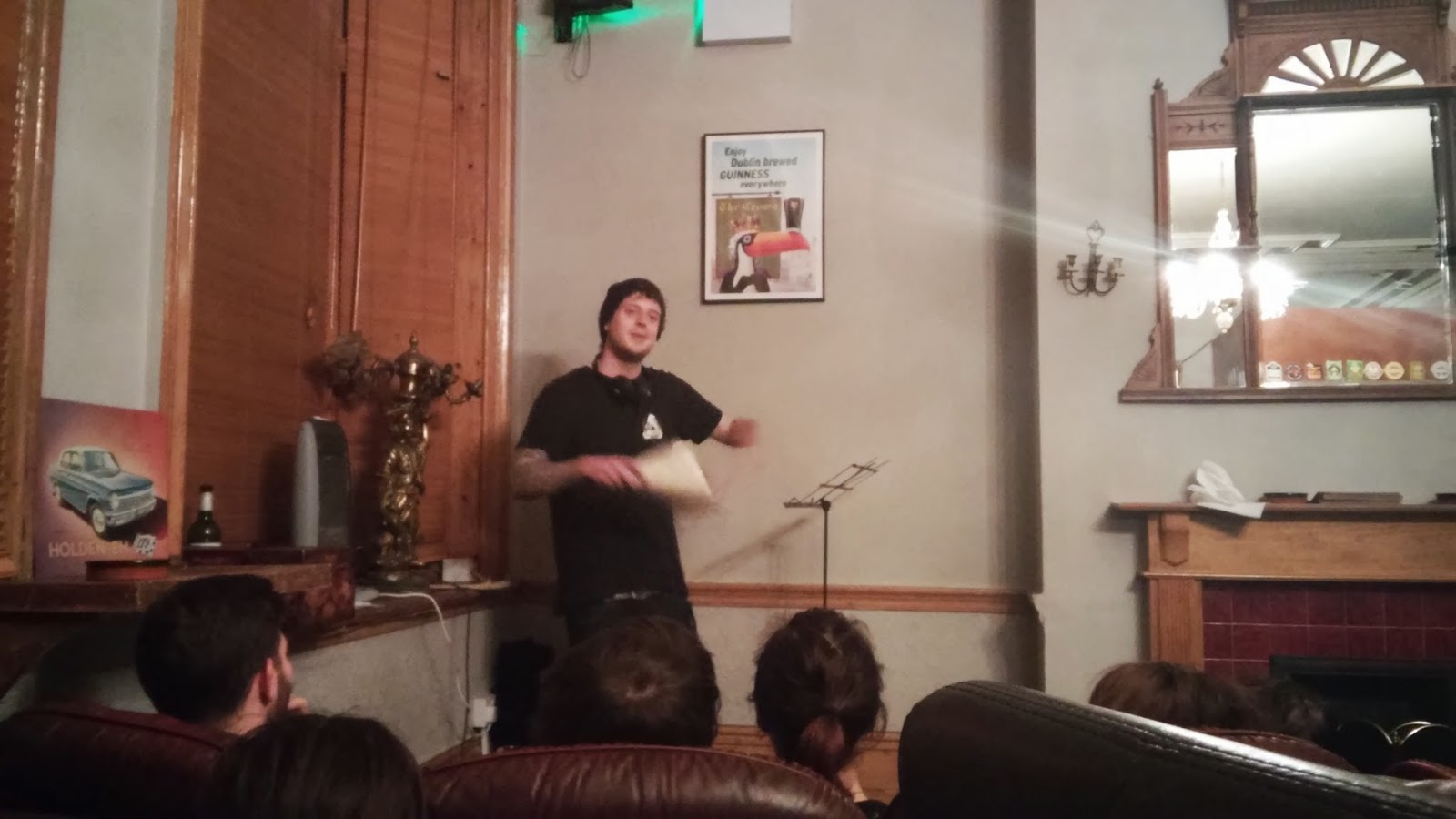 And finally, we had Dean McCaffrey. I must admit, I got a little distracted by his face and tats when I was trying to listen to his words but the story he was weaving eventually grabbed my attention. He started with quite a long piece about befriending a homeless guy who turned out to be something of a muse for him when he was but a young lad, as well as providing an introduction to the realities of homelessness that we all know exist. I’ve not really heard such a long piece of spoken word before. One of my Meetup members said it was Shakespearean but it reminded me more of an epic Homerian poem. He then rather shyly performed a rap for us as he is a rapper as well, though I must say, without background music the difference between rap and spoken word is ‘subtle’.


People were encouraged to stick around afterwards and have a chat, which added to the friendly and welcoming atmosphere. These nights are monthly and if you like this sort of thing, or want to find out if you do, then you should pop along some time.
Posted by Ginglesnuff at 12:44 PM