Kappacasein may be the original grilled cheese street food trader, touting his wares in Borough Market for 15 years now but I’m afraid the new kids on the block are showing him how it’s really done.

I didn’t think my toastie was that great, but this I am willing to put this down to them being victimes of their own success. There is so much demand, this little food stall is like a factory producing them via a conveyor belt, rather than each one lovingly made to order. Your order is taken in the queue, they have two people grilling and one person shoveling the cheese between slices. They’re trying to serve as many people as possible as quickly as possible and it’s not surprising if quality suffers a little. In my case I felt there wasn’t enough cheese and it was too overdone. I still liked it, but I wouldn’t bother with them again when there are much better offerings out there. 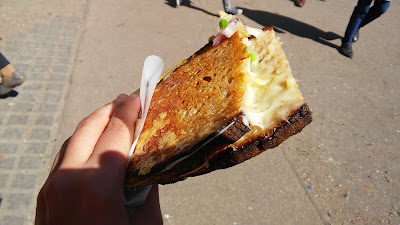 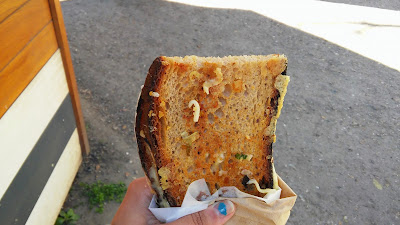 After this I thought I'd better burn off the cheese and went for a marathon of a walk across London. I wanted to see the Tweed Run. I was just a bit too late to catch their pit stop in Red Lion Gardens but I managed to catch up with them at Hyde Park corner. Quite the spectacle to see all these men, women and children all spiffing in their tweed, and sometimes with penny farthing bikes to boot! 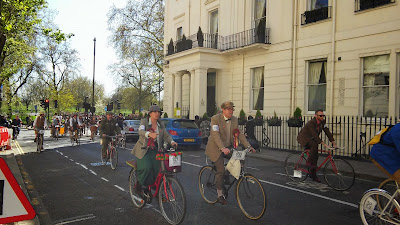 From here I hopped on a bus to Shepherd's Bush and from there continued my walk. I wanted dessert after my grilled cheese and I had a destination in mind - WA, the new Japanese bakery. I knew I would probably get there too late in the day to sample their specialities, and so it proved. No curry doughnut for me. But I did get a mont blanc and a pear tart. I didn't know what a mont blanc consisted of when I got it and I still couldn't tell you afterwards but it was a buttery, sweet little pastry of deliciousness and so was the tart. Too much of a schlep for me to visit again but if you are local to it, I would absolutely check them out. 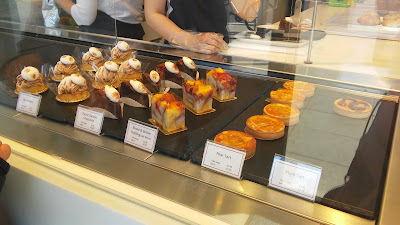 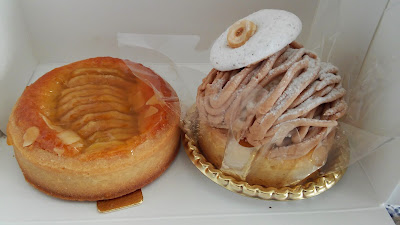