You can’t get pizza wrong really and Joe and Za did not. I had the spicy pepperoni which had lovely chunks of nduja on it and warmed my tongue in a pleasing manner. It’s so nice when something billed as spicy actually lives up to its description! 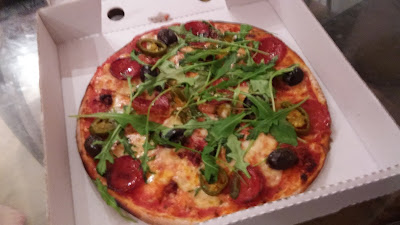 Carolyn ordered the Caribbean one which had perfectly encapsulated jerk seasoning on a pizza. Which seems weird and I thought that wasn’t really the essence I wanted captured on a pizza, but in fact it worked very well. It’s nice to see a vegetarian pizza which isn’t just margarita or mushroom. 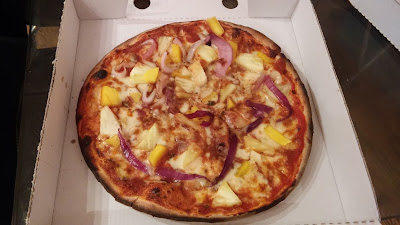 I think the pizzas suffered somewhat from being delivered rather than eaten on the premises. We had to warm them up and I think that they lost a bit of crunch to the base, but I’ll give them the benefit of the doubt and would be happy to eat there again. 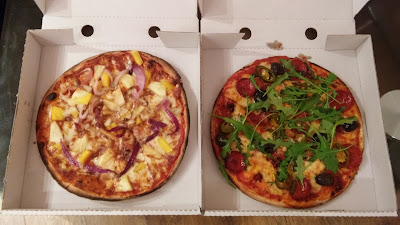 Posted by Ginglesnuff at 3:22 PM