Bad Egg has been on the List for quite some time, and I finally made it down. I have to say, it was a little disappointing for me but I wouldn’t write it off completely. We all chose from the burger/sandwich menu. My veggie friend got the mac and cheese burger, my other friend had the chicken burger, and I got the buffalo ribwich.

My sandwich was ridiculous. A huge, square slab of pork belly, breadcrumbed and plopped in a burger bun with buffalo sauce and (somewhere) blue cheese mayo. A delicate leaf of lettuce was almost comical in its pointlessness. I couldn’t taste the blue cheese mayo at all, against the intense tanginess of the buffalo sauce. The pork belly, though tender once you managed to get into it, was a bit tough to crack at first bite and I didn’t think it worked with the sauce at all. I wish it had been paired with a more Asian flavouring like kimchi. My friend and I both ordered fries. Would have appreciated being told that one dish was enough for two. 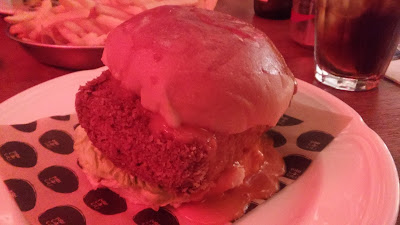 The mac and cheese burger, however, was pretty brilliant. A circular formation of the cheese carby stuff, it was deep fried giving the edges a crispiness much needed inside a bun. 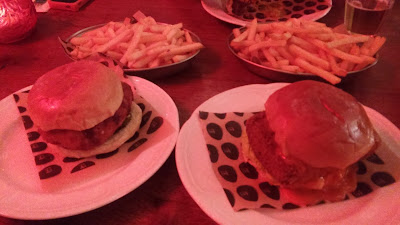 The chicken burger, too looked great – definitely thigh meat, it had quacamole and a fried egg in it. Apparently the egg made it a bit too squishy and hard to eat but it was finished pretty quickly so I think it can’t have been too bad!

Also pretty enjoyable was this rice krispie ice cream sandwich with salted caramel ice cram and a caramel sauce. I shared with my friend as we were both stuffed but it was so good I probably could have made room for the whole thing. It could easily be too sickly for some but I could handle it. 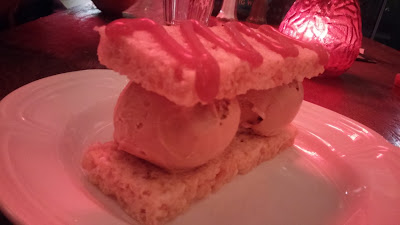 This was a post-Alcoholic Architecture treat, Bompass and Parr’s room filled with Gin and Tonic mist. As with all Bompass and Parr things, it sounded better than it really was but I did enjoy it. You have to don ponchos so you all look ridiculous standing in what is quite a small room, while gin and tonic vapour swirls around you and you try to inhale as much as you can in the 45 minutes you have. Apparently you can get 2 to 3 shots worth inside you (and as you absorb it, no calories!) and my friends thought they could feel an effect but I remained unconvinced. 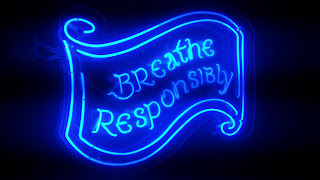