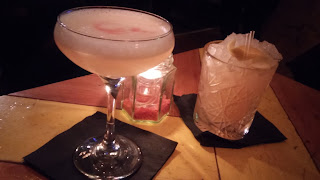 Ok, so I never went to the old-style Barrio Soho, so I can’t compare before and after the relaunch. But I can tell you what it’s like now, having been invited to sample the new menu (both drinks and food) and soak up the atmosphere. This is totally the place to go for fun and fiesta after work – have a few cocktails and a bite to eat upstairs and then once you’re nice and warmed up you can continue the party downstairs where it has its own little dance floor.

Drinkswise we tried pretty much everything they had with my favourite being the Cuba Lima which was a variation on a pisco sour. 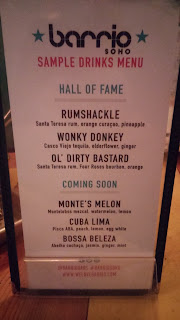 We also had a good selection of food. The mixed basket of fried goodness – pigs ears, pigs trotters and pork scratchings were thoroughly excellent. I was dubious about the ears having had them once before and finding them slimy and gristly, but fried and crunchy they make a good snack! The trotters were in nugget form and definitely my favourite. Both dips had a nice kick to them. 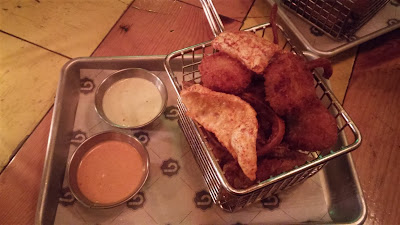 We also got to have a couple of rounds of pork tacos and homemade tortillas with some guacamole were waiting on the table for us. Happily made quick work of those! 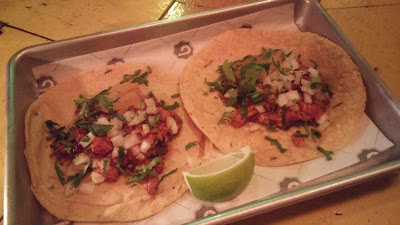 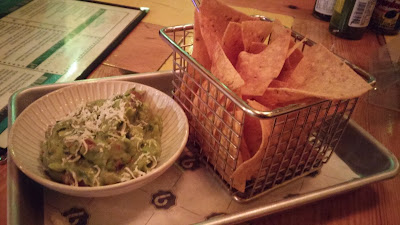 The only thing I didn’t care for was the Mexican corn – but I’m just not a corn on the cob kinda gal. This had cheese and cayenne on them and were fine, I just don’t enjoy the process of eating off the cob. Sweet potato fries were tasty but not the best version I've ever had - they were rather large and some of them could have done with a few more minutes. 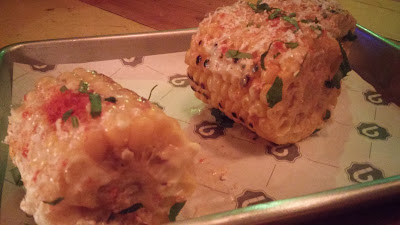 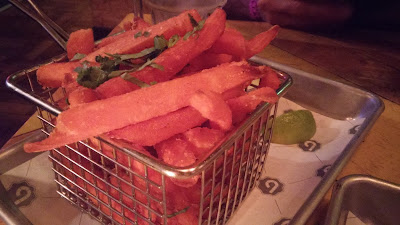 The atmosphere was as lively as the décor, bringing a bit of sunshine to the rapidly approaching winter.

Posted by Ginglesnuff at 1:07 PM