My bank holiday, like everyone else’s was a washout. But Tuesday was holding up reasonably well and so we thought we’d try to take advantage of the break in the rain to get outside. But where? I hit upon Epping Forest. It was reasonably near – we could go there on the tube, have a wander around and then walk back. (Except, of course, by the time it got to walking back it had started raining again and we wimped out of that part, despite taking care to bring our cagoules.) 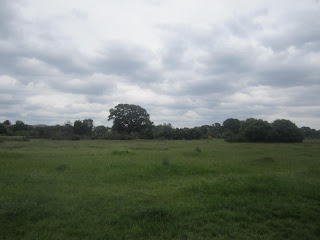 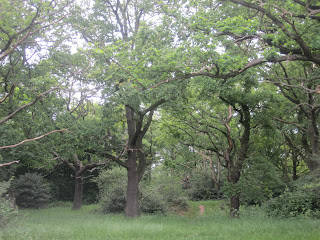 It has a lovely pond at the top, and then another rather large lake on one side, where there are plenty of birds to make you feel like you’re amidst real wildlife, and if you go further on there’s a shop from which you can hire canoes. We didn’t do that because it was cold and wet, which didn’t make us feel like exerting ourselves, but we did stop and watch the swans for quite a while. One particularly amusing moment, for me, was when a dog owner and his dog stood by the edge of the lake and one of the swans took offense at this action. It glared at them (probably concentrating mostly on the poor little pug which hadn’t even barked) and drifted slowly towards them, it’s wings puffed out to make it look bigger, and hissing in an ominous manner. The owner, very sensibly, lead the dog swiftly away. I wouldn’t have wanted to mess with that swan. But apart from that, they were very placid. Even the geese, which can be menacing, mark my words, were very well behaved, happy to swim around drifting toward you with the tide. 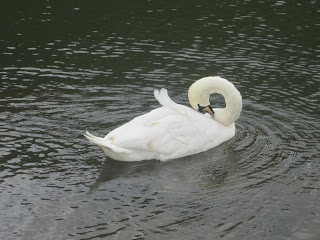 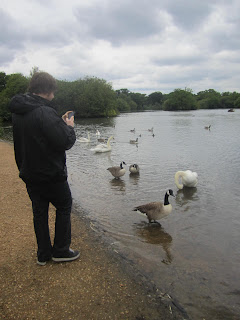 The ‘forest’ was quite small, really. We took a route which I thought would lead us into the woods and less than an hour later we found ourselves right by the swan lake again. We realised we had probably walked through most of it and it was time to head home. The heavens opened and reaffirmed our decision. 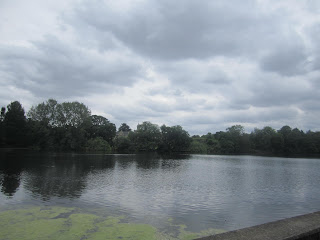 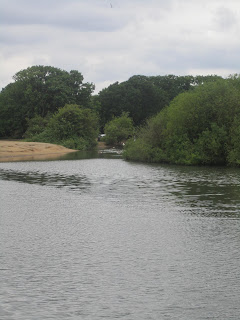 Stephen was confused that the place should be so small because he thought he had been there before and it was like the forest I had imagined it would be, and then we deduced he had probably been at Wanstead park instead. So, I was a little disappointed with Epping Forest. It is pleasant enough, and would probably have been even more pleasant had the sun been shining. But I don’t think I’ll be putting extra money on my oyster card to visit it again. Can just as easily go to a park in Central London.