Noodle joints are ten a penny in London these days what with the Tonkotsus, Shoryus, Phos and of course the plethora of Vietnamese places along Kingsland Road but as long as they’re doing them well, then London still seems to have an appetite for them, and this London er in particular hasn’t got bored of them either. One of the newer ones is SIN (Salvation in Noodles) who opened up on the Dalston end of Balls Pond Road last year (I think, could have been early this year).

The other Sunday I was supposed to be going to Feast for a chow down with the Nuffnang lovelies but someone (read - the boyfriend) couldn’t be bothered so instead we enjoyed a stroll around London, stopping by the evocative Poppies at the Tower of London and then walking to SIN. They had been at Feast and this way, I felt I wasn’t completely missing out. 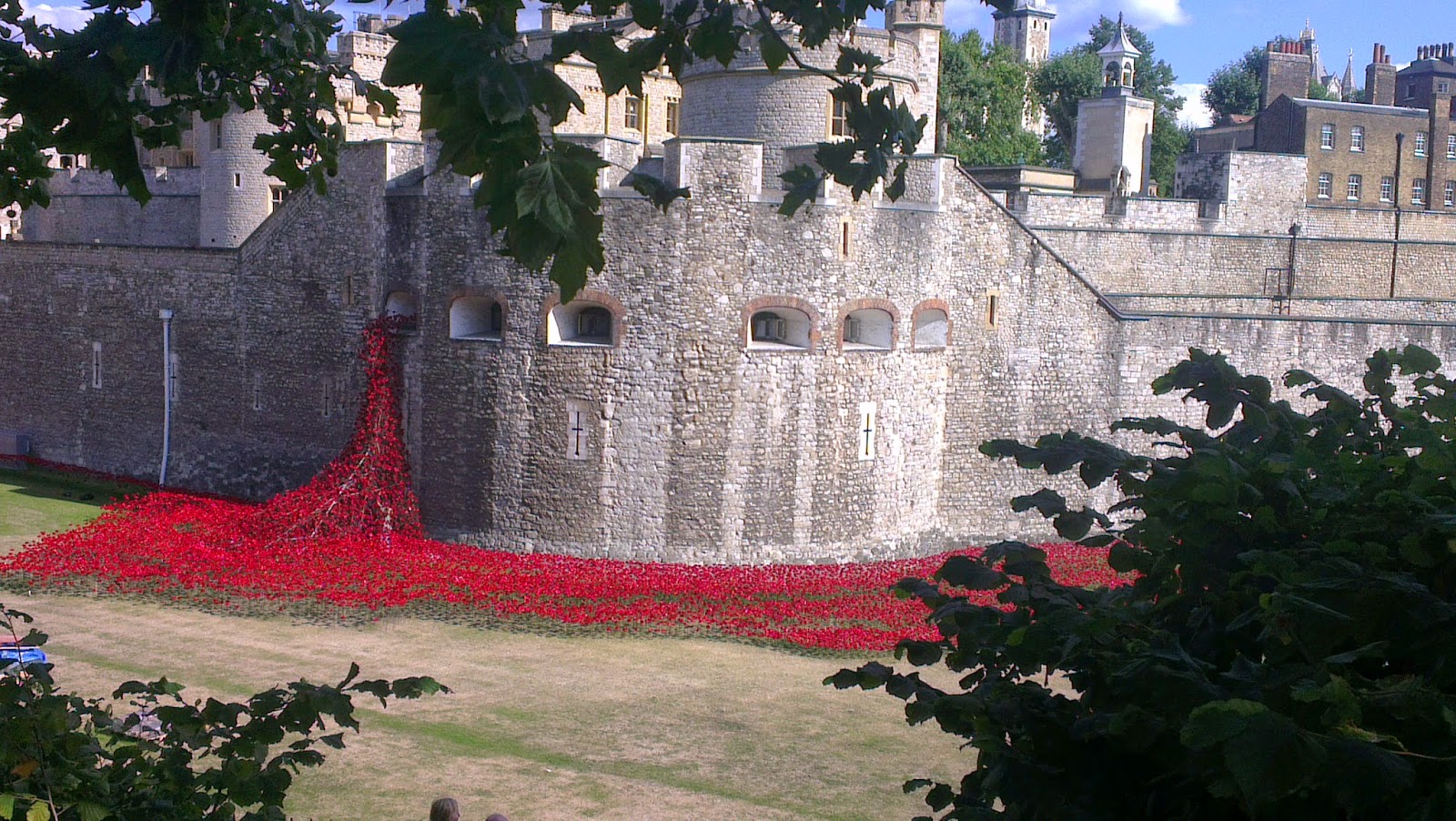 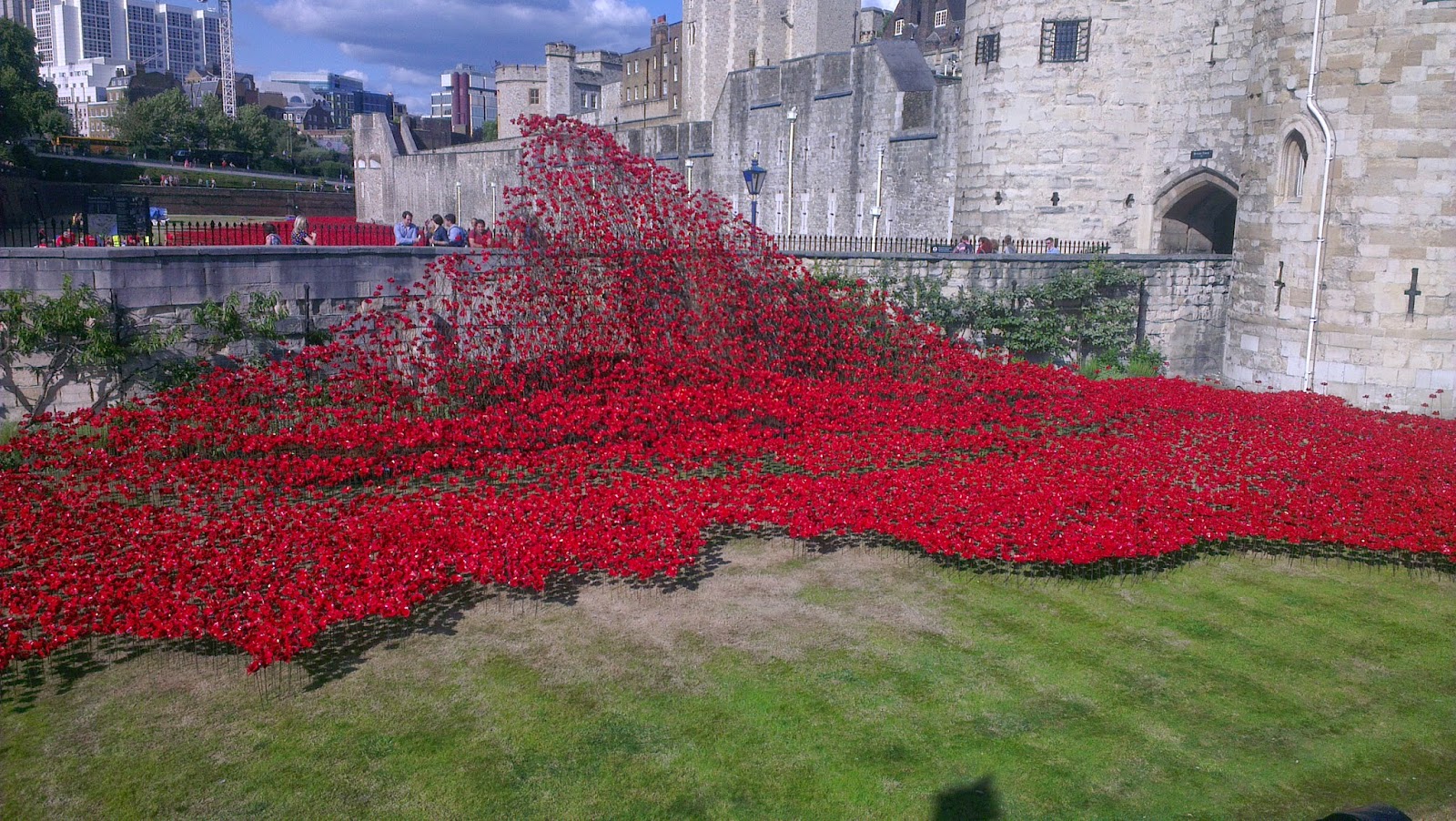 We pulled up a pew at the window and got ourselves some chicken wings to start and then I had hot noodles - the bun bo hue (spicy pho with pork belly and brisket in a lemongrass broth) and Stephen got cold noodles - a noodle salad with beef wrapped in betel leaves. I also ordered a Dalston lemonade to wash it all down.

At first I was a little worried for SIN's prospects - there was literally no one else in there when we arrived. But we soon decided that it must have only just opened for the evening when, 20 minutes later, the place had all but filled.

So, the wings arrived – five beasts of them. They were finger-licking good, with quite a light, subtle flavour and crispy skin, though I didn't love the little hairs all over them - a bit too reminiscent of the creature they once were. 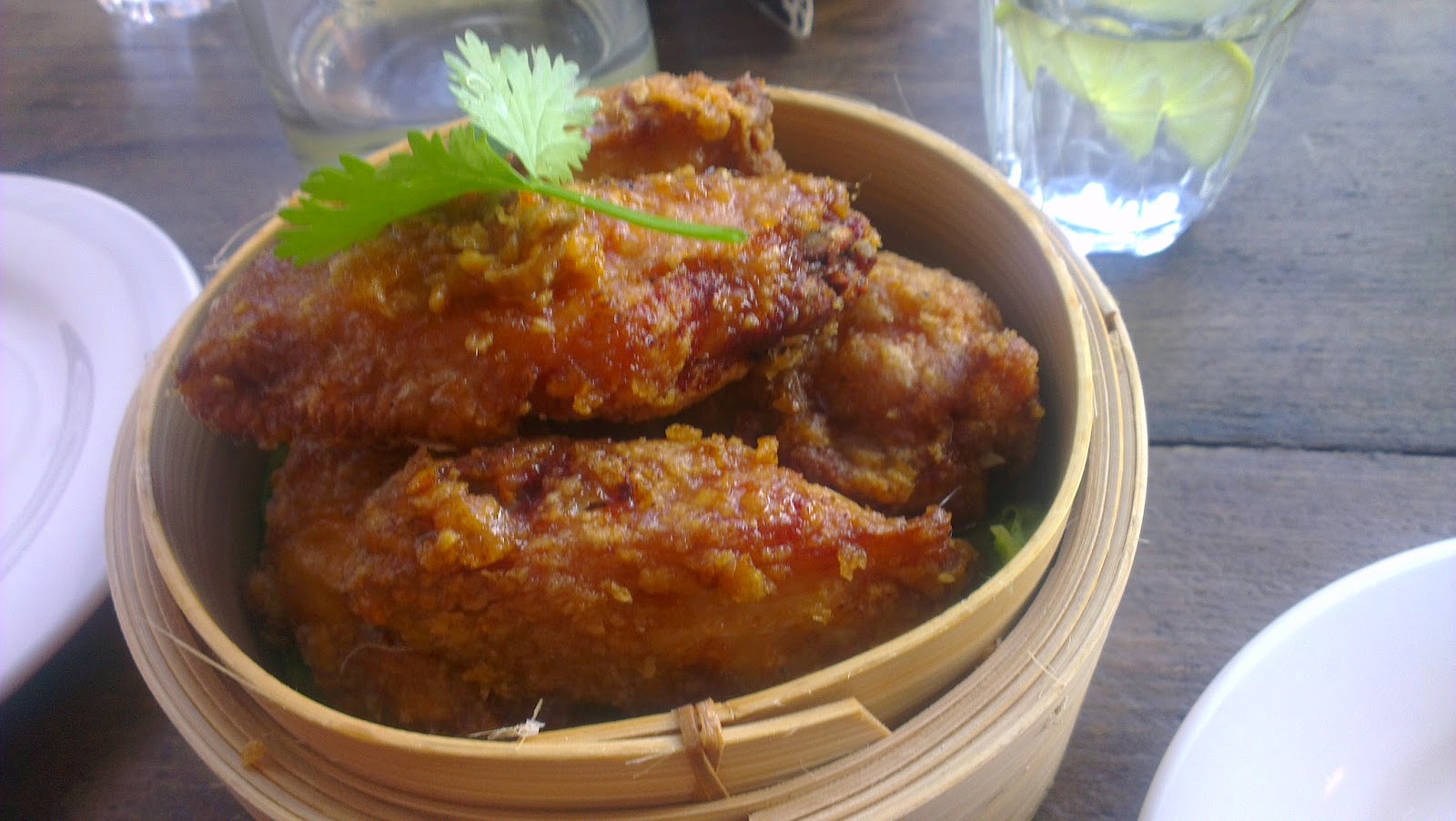 My lemonade had yet to arrive. Our waiter came back to explain that he did have the lemonade, but it wasn’t at all cold so he wanted to wait for his colleague to arrive with some ice. That was no small wait. I didn’t mind at all although at one point, when I was halfway through my bun hue and it still hadn’t arrived I did contemplate cancelling the order. He was very apologetic though and when it arrived, he gave it to me on the house, which was appreciated.

Both our mains were pretty satisfying. Am I whooping with unbridled glee at them like I did with Roti King (and soon would again at Palomar)? No, but such was the nature of the meal. I had chosen a delicate broth, not one rich with meat stock and indulgence, and Stephen had a light salad. Actually, I really rather did love Stephen’s cold noodle dish – each mouthful had the zingy nuoc cham sauce on it - I had food envy. I thought there were a little too many bean sprouts in mine and the noodles were quite choppy – good for scooping, but not good for twirling round your chopsticks into a big mound to shove in your mouth with a big spoon of soup. The broth was a perfect spiciness though – I had quite the sheen on me by the time I finished and I didn’t have to add any sriracha to get the heat I wanted. I also loved the sound of the crab pho and would happily come back for that cold noodle salad. 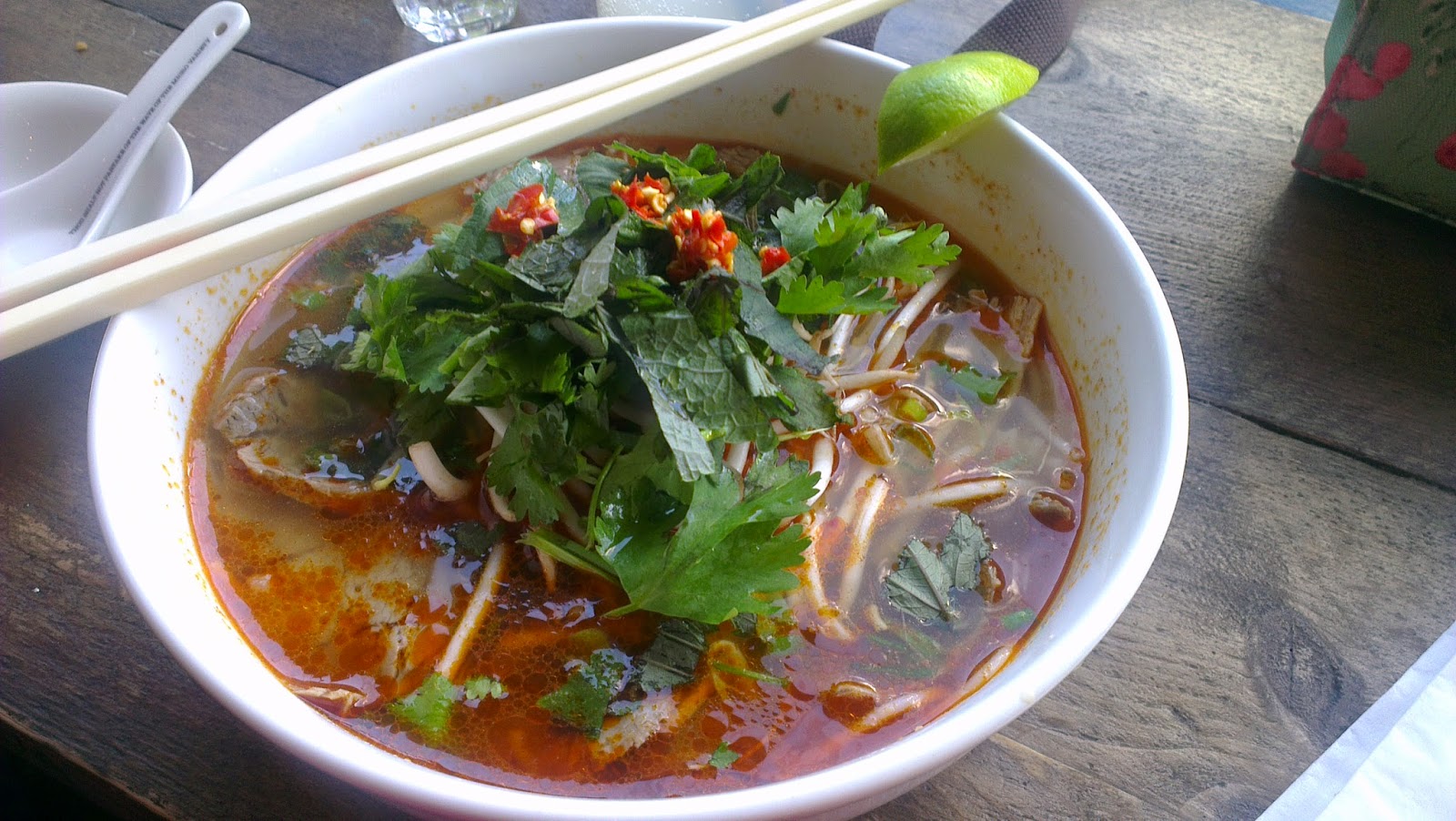 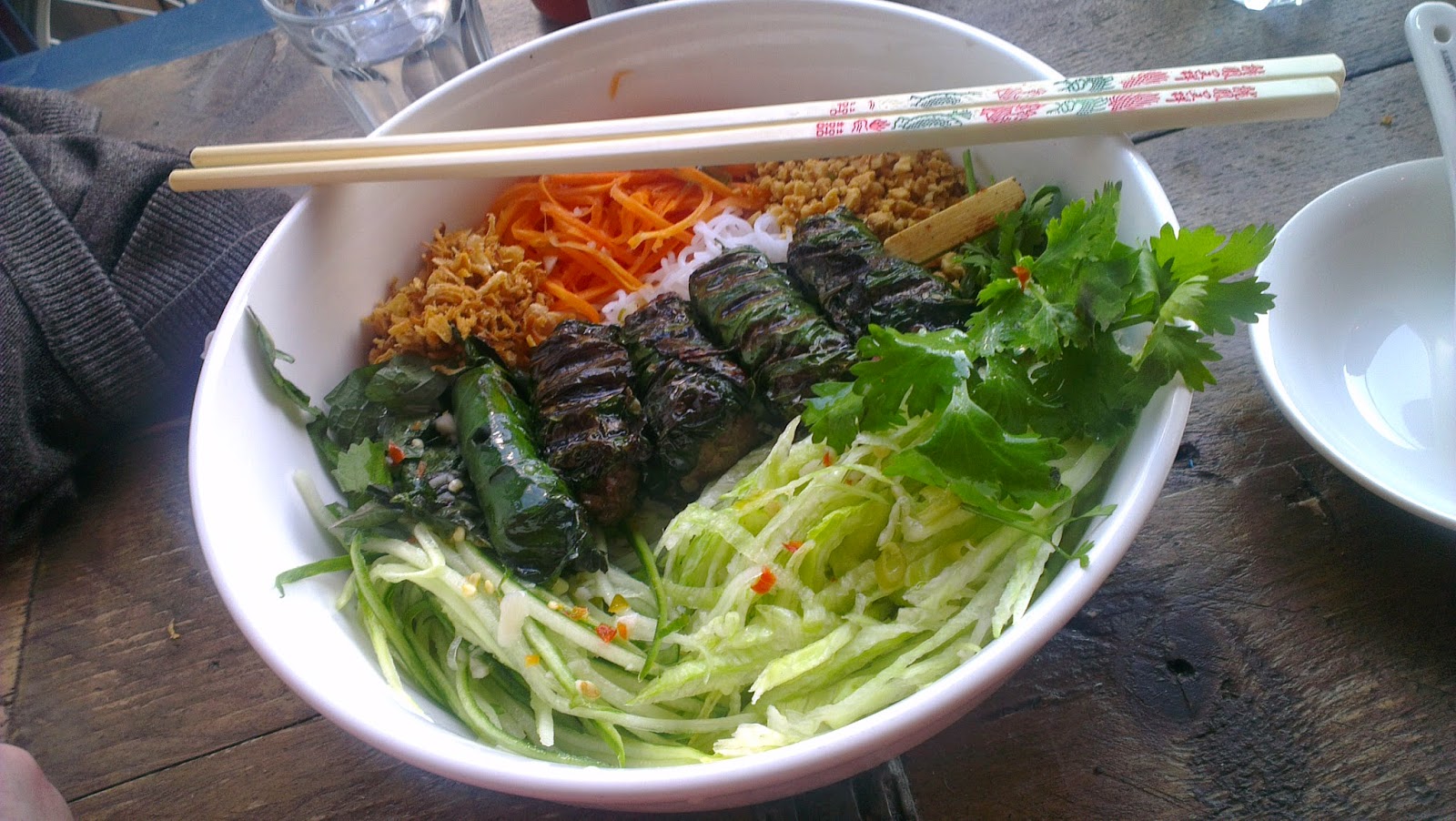 Find the menu & restaurant information on Zomato
Posted by Ginglesnuff at 1:43 PM