I came across Souvlaki Street in a blog post by Little London Observationist where she said she regularly indulges in their souvlaki when she rarely visits the same place twice. I am much the same – even if I really like a place, there’s always somewhere new to try! With this high recommendation I thought I should seek them out forthwith, so I had a look at their Twitter and figured out when they would next be popping up near me.

They grill skewers of pork or chicken, sprinkle them with herbs, and wrap them in thick pittas with tzatsiki, plus a load of fresh tomatoes, paprika and onions. We added halloumi to get the ‘special’. And they are very tasty. I’m not a huge fan of tzatziki so I found mine a little too heavy on that – it was oozing out the sides all over the place. But I have to say, I could have easily eaten one that was twice as big! One skewer is not enough! 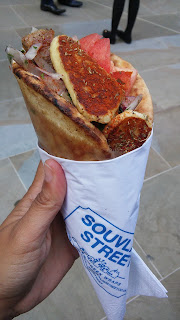 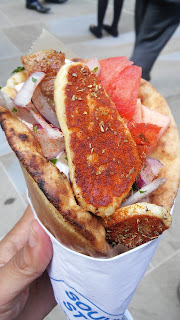 Posted by Ginglesnuff at 4:36 PM No comments: 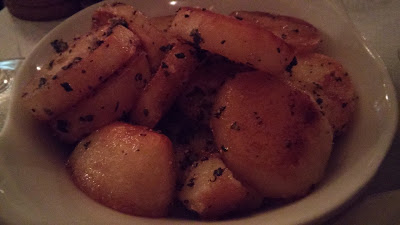 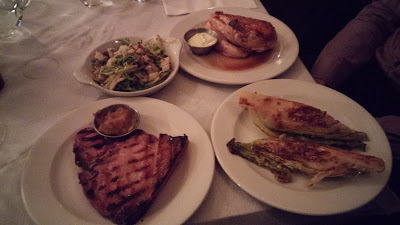 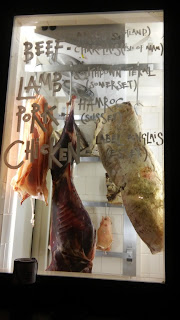 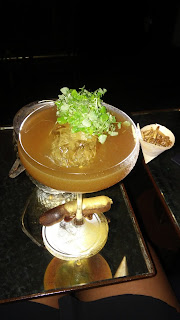 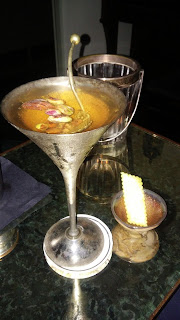 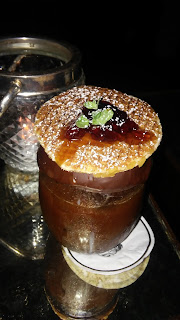 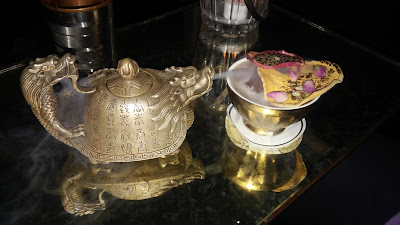 Posted by Ginglesnuff at 5:35 PM No comments:

I had a plan. I would try three libations of each sort on offer – one cocktail, one wine and one draught beverage. But best laid plans and all that… I did not stay long enough to complete the mission. Nor was I able to try as much of the food as I would have liked. But I was there long enough to realise that the Fanny Nelson is a charming, cosy little pub which manages to be perfect date material but also seems to have a very healthy handful of locals – both of the hipster and genuine East End local variety, who all seemed to know the bar staff by name.

What I ended up having was the Jamonero - dark rum, peach, red wine and yellow chartreuse. Which, it turns out, had only just been added to the menu. The barman was very keen to hear my views upon tasting it as he’d come up with it. It had quite a sweetness to it, reminding me of a punch, which was fine to start but I couldn’t drink it all night. It so happened he agreed but he said he thought he had a more sour palate than most. I guess I do too… 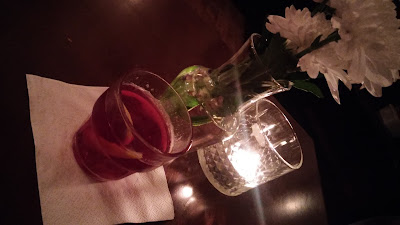 I sipped at the dinky drink but before long decided I should try some food. I had been told the duck and the steak were very good, but I’d seen how much steak you got and wasn’t hungry enough for that so I did have the duck breast. It was cooked to pink in the middle sections though the ends ended up well done. It came with a beetroot hummus and a sort of couscous crumble all atop almond yoghurt which was too tangy for me and which I avoided. 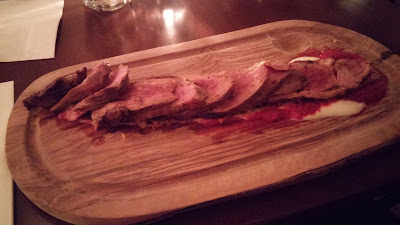 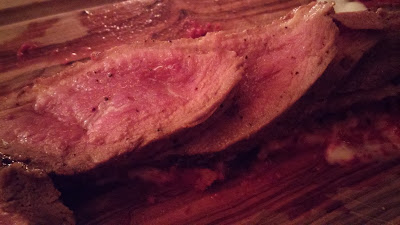 Alongside the duck I had to have a glass of red, of course. Having unexpectedly dined on my own up to this point, I decided I had spent enough time in this pub and left for elsewhere. So I only managed two out of the three drinks. I can’t wait for an excuse to go back and try more. 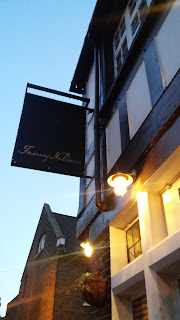 Posted by Ginglesnuff at 12:26 PM No comments: